Rare right whales talk to each other in sonorous whoops that travel for miles, but they talk to their young calves in whispers.

When the calves are alongside, the mothers tone down their distinctive call to a short grunt that can't be heard very far off, researchers at Duke and Syracuse universities recently determined.

That insight isn't a warm and fuzzy. The mammoths of the North Atlantic — now moving into water off South Carolina to calve — are on the knife edge of extinction, with so few females remaining that some environmentalists believe the species might already be doomed.

The grunts "can be thought of almost like a human whisper. They allow the mother and calf to stay in touch with each other without advertising their presence to potential predators in the area," said conservation professor Susan Park, of Syracuse University, who led the study.

Keep your eyes out. The migration season for the perilously endangered whales was considered underway as of mid-November. In late October a probable sighting was made just off Litchfield, according to a federal tracking site. 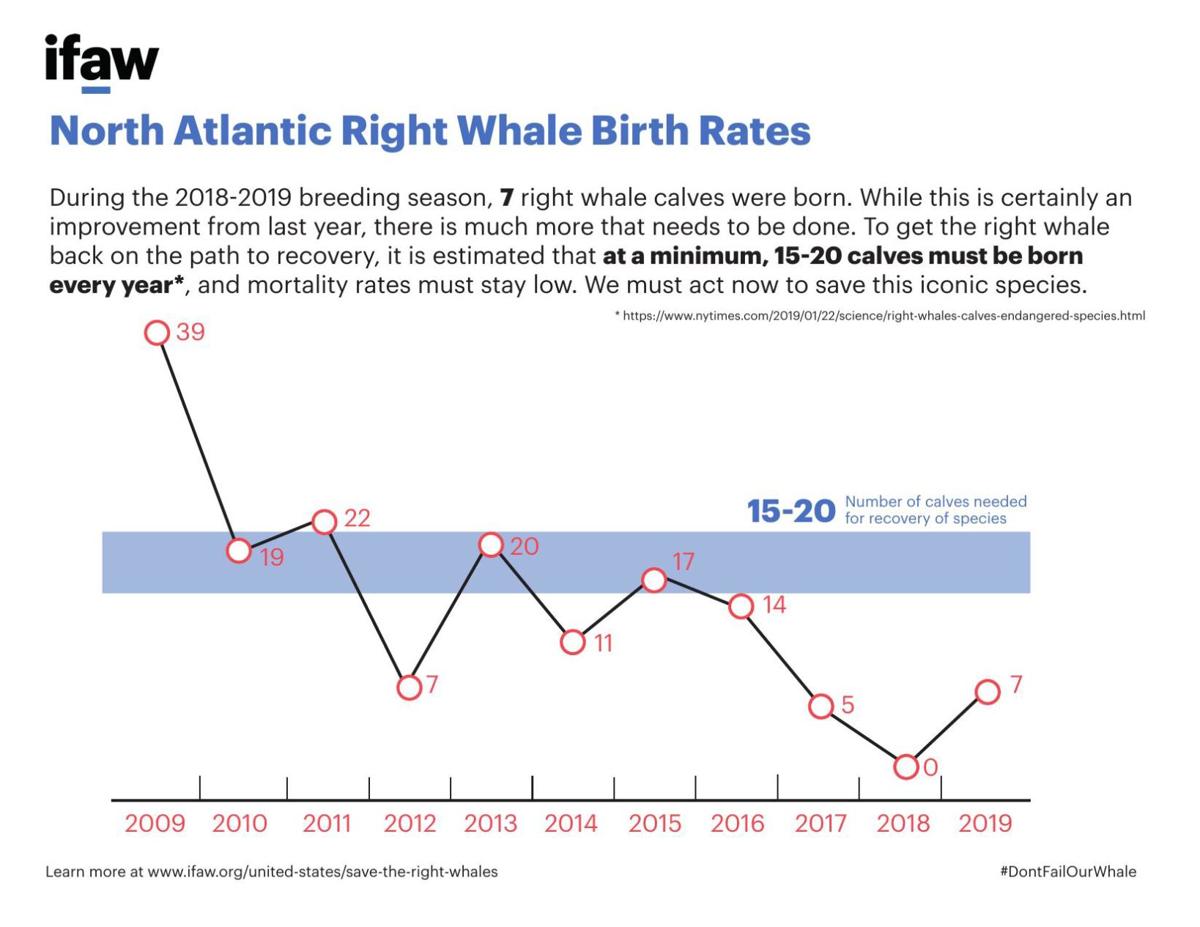 The Northern right whale is a 60-foot-long, 40-ton mammal with fins as big as boats. Plentiful before being hunted nearly to extinction by whalers in the 19th and 20th centuries, right whales are now the rarest of the large whales, with only abut 450 known to be alive, including only about 100 mature females.

Their recovery appeared to have turned a corner in recent years; a decade ago, more than 30 calves were spotted in a single year. But four years of calving decline hit rock bottom in 2017-18, when no new calves were born. A few calves were born in 2018-19, giving researchers a little hope after five years without much calving.

The plight of the animals is so dire that they have been cited by environmental groups and a coalition of coastal towns, which filed a lawsuit in December to block President Donald Trump from opening up the Atlantic Ocean to oil and gas exploration.

The waters off South Carolina are considered to be the northern edge of their breeding grounds as they venture south. Regular aerial survey flights that warn boaters ended in 2012 because of funding shortfalls, but a warning system is still in place, dependent largely on boaters.

A newborn right whale has been cut through the lips by a boat propeller, searchers have found. The wounds are considered very serious.

A search team found the calf and mother whale offshore near the Georgia-Florida border late Wednesday and a veterinarian used an air gun to deliver antibiotics. The calf has been cut through the lip, apparently by a boat propeller.