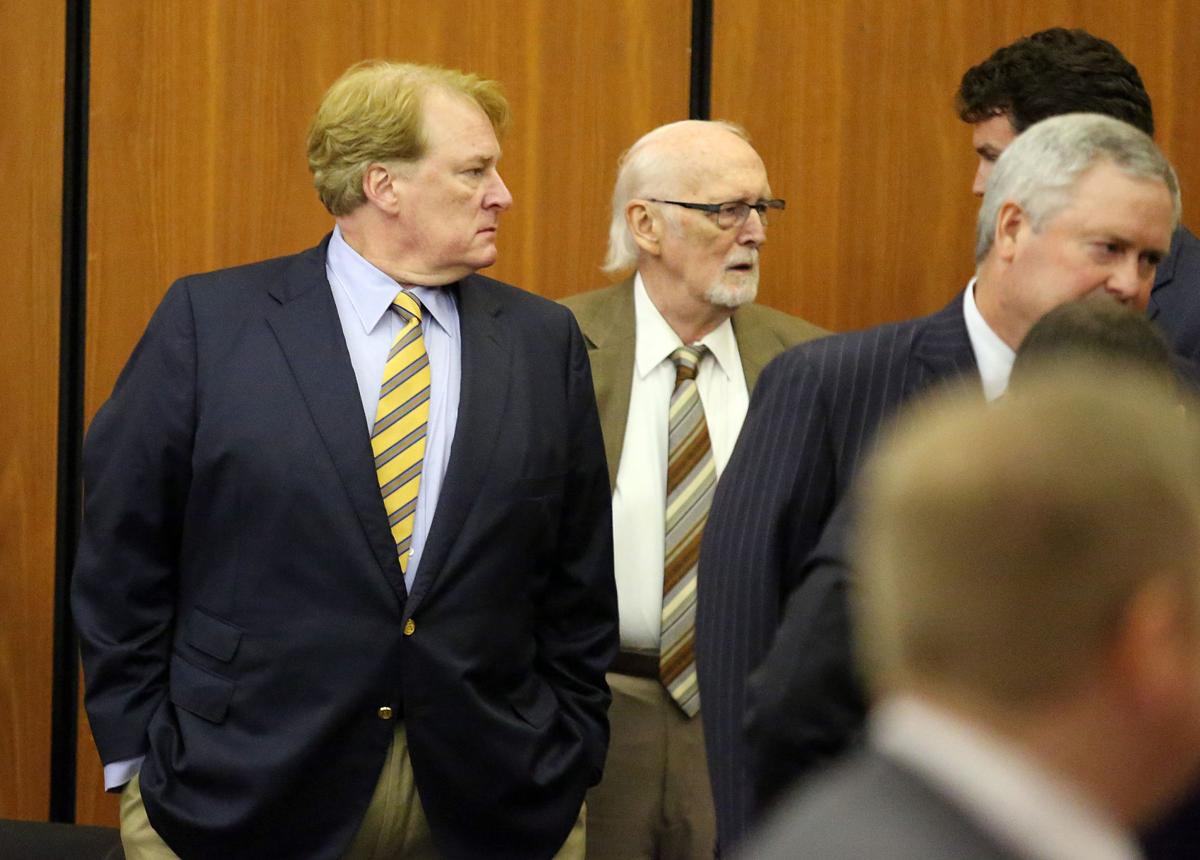 Rep. Rick Quinn (left) and his Dad, Richard Quinn talk to one of Quinn's attorney during a break in his hearing in Columbia in May. File/Brad Nettles/Staff 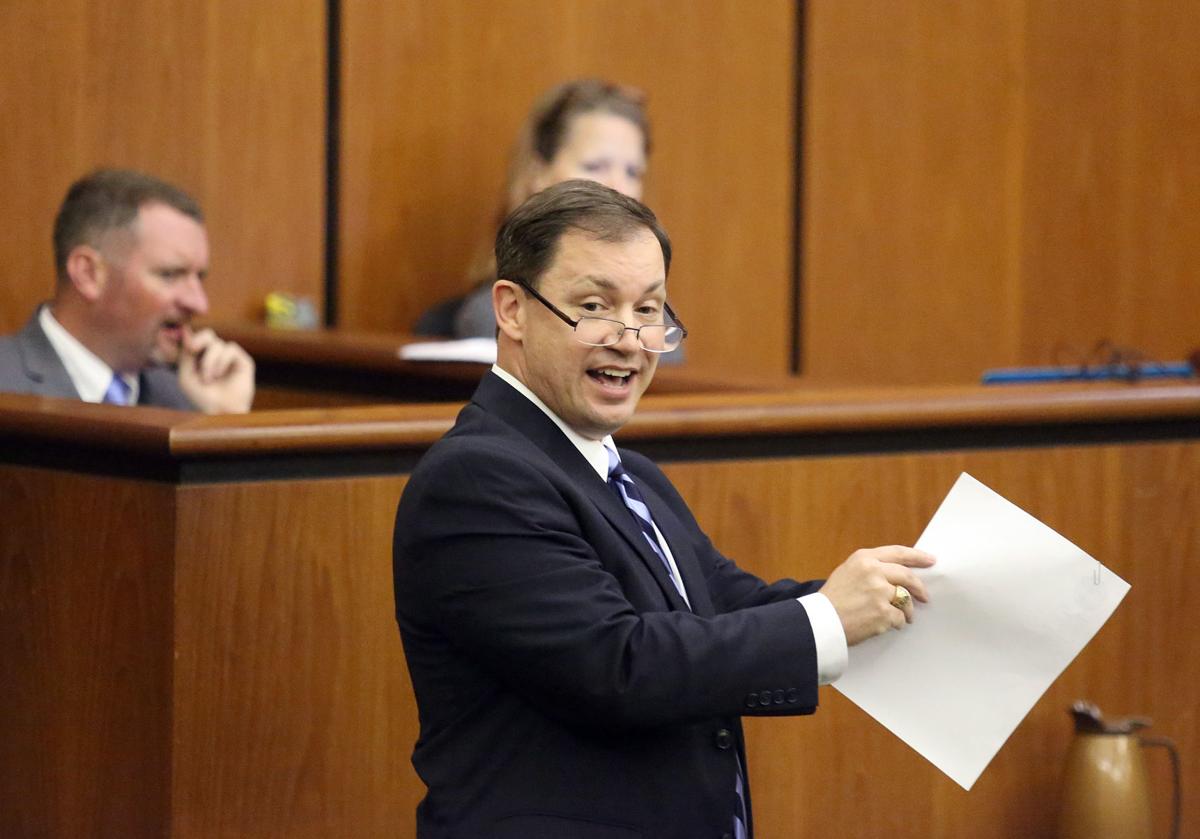 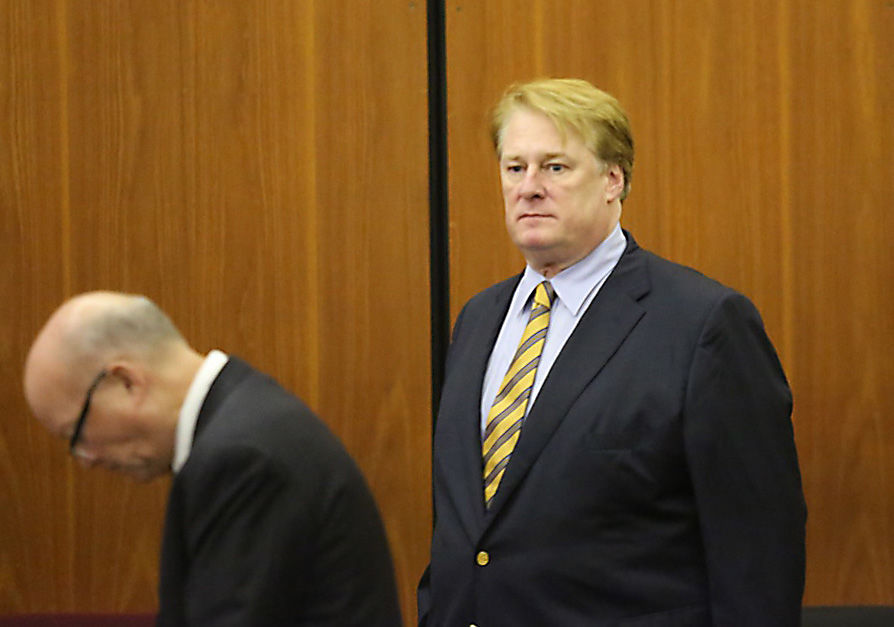 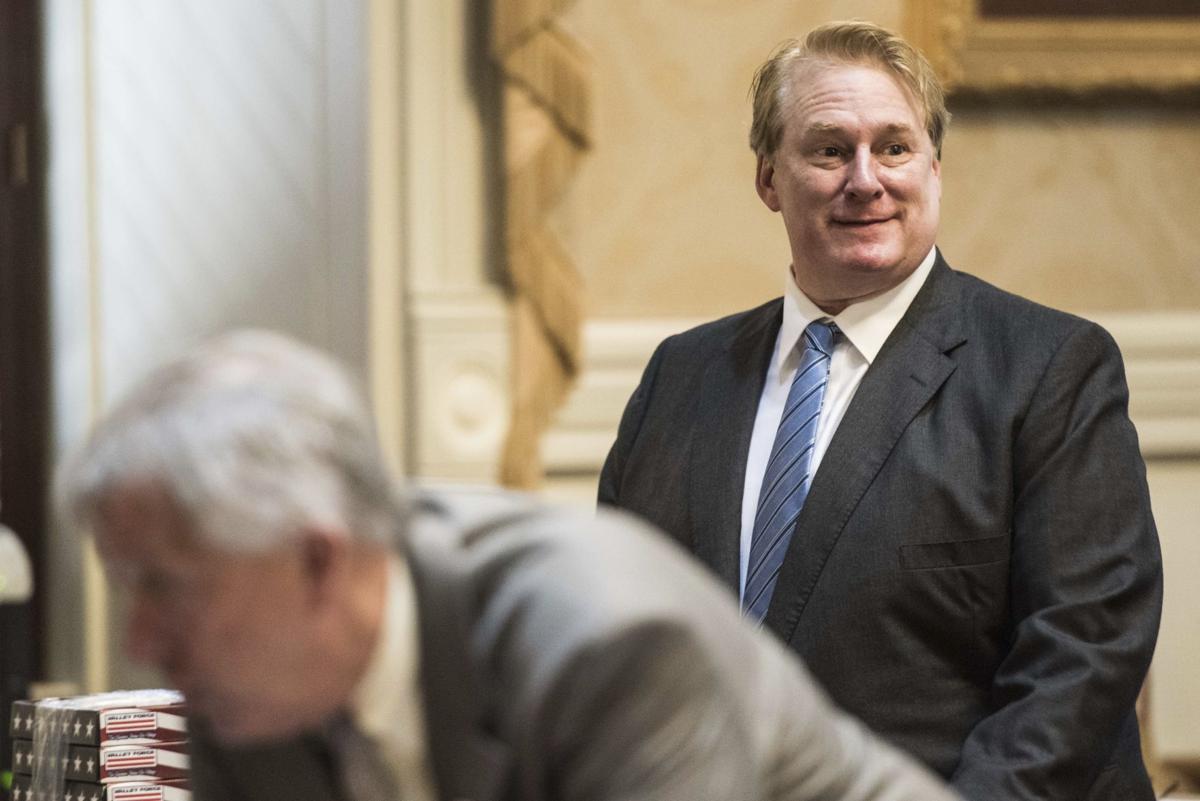 Rep. Rick Quinn (left) and his Dad, Richard Quinn talk to one of Quinn's attorney during a break in his hearing in Columbia in May. File/Brad Nettles/Staff

COLUMBIA — South Carolina's first family of political consulting publicly battled allegations in the Statehouse corruption probe Tuesday, arguing in court to oust the special prosecutor who they say has an agenda bent on ruining their careers.

Lawyers for Richard and Rick Quinn took turns questioning seven State Law Enforcement Division agents who took part in the March 2 raid on the Columbia offices of Richard Quinn & Associates. They wanted to learn if investigators and prosecutor David Pascoe could have read private documents between the Republican powerbrokers and their attorneys, a reason for a judge to remove the Democratic 1st Circuit solicitor from the case.

In addition to the possible seizure of privileged documents, the Quinns say Pascoe is biased because he has yet to indict a Democrat and he once considered running for attorney general — a seat held by a Richard Quinn client, Republican incumbent Alan Wilson.

Pascoe and Wilson have bickered over control of the probe the attorney general relinquished three years ago citing unspecified conflicts of interest.

"I believe my family is a victim of a feud between the two of them," Rick Quinn, a Republican state lawmaker from Lexington, told reporters Tuesday. "If you think about it on those terms, it might give you insight into why he raided our offices."

Pascoe tried several times to end the hearing that lasted all through Tuesday, arguing unsuccessfully that the Quinns were on a "fishing expedition" about the probe rather than trying to throw him off the case. He called the Quinns' tactics "frivolous" and protested any further delays, complaining that he cannot review the documents seized nearly three months ago from Richard Quinn & Associates until a decision is made about his fate.

But another delay came. At the end of the hearing, Circuit Court Judge Knox McMahon, overseeing the case in Columbia, asked attorneys to submit more arguments in two weeks.

Earlier Tuesday, Rick Quinn was handed a $50,000 personal recognizance bond after maintaining his innocence on a pair of ethical misconduct in political office charges.

His attorneys said the suspended lawmaker is a family man, not a flight risk, and he works with his church and son's baseball team. McMahon agreed, and, in addition to releasing Quinn on his own recognizance, allowed the lawmaker to travel to events in North Carolina this summer.

Quinn, 51, is the fourth lawmaker charged in the sweeping corruption investigation that has shaken the General Assembly.

Quinn’s indictment is considered significant because his father is one of the South’s leading political consultants. Over the years, the elder Quinn's client list has been filled with top legislators, corporations and state agencies — including Gov. Henry McMaster, the State Ports Authority and BlueCross BlueShield. Richard Quinn, who has denied any wrongdoing, has not been charged.

Quinn, the owner of a political direct-mail business, is accused of failing to report more than $4.5 million paid to political consulting and mailing companies operated by him and his father. The clients included the University of South Carolina, power utility SCANA, Palmetto Health, S.C. Association for Justice trial lawyers group and representatives of the payday lending industry, Pascoe said during the hearing.

The Quinns say they own their businesses separately, but Pascoe said Tuesday that Rick Quinn listed himself as an employee of Richard Quinn & Associates on loan documents and received checks from the consulting firm.

The indictment also accused Rick Quinn of lobbying for the firms’ clients while in office and funneling an unspecified amount of campaign cash to his and his father's companies for “unlawful personal profit.”

Quinn repeated that he has opinions from the House Ethics Committee and state attorney general saying he was allowed to spend his campaign cash and House GOP Caucus money on businesses owned by him and his father. He said the other accusations against him were false.

Quinn said a hearing on his attorney's request to remove Pascoe from the case was scheduled before he was indicted last week.

"The indictment was to muddy the water," he told reporters.

The fight to remove Pascoe from the case centered Tuesday on the 3 1/2 hours that SLED agents spent seizing records from Richard Quinn & Associates’ office on Gervais Street near the S.C. Statehouse.

Rick Quinn had an office in his father’s building known as the "war room" with documents for his expected legal fight, according to testimony. Richard Quinn, 72, also had brought in an attorney as investigators began to target his firm’s work.

Harris and Barbier questioned SLED agents about their expertise in identifying documents covered under attorney-client privacy rules and whether they had an independent group of attorneys or agents, known as a "taint team," who reviewed documents to exclude privileged records that should not be part of the investigation. Agents said any potential private records were put into a manila folder that was later sealed.

Pascoe and the SLED agents countered that they have not reviewed the records, which were brought to the courtroom Tuesday in four cardboard boxes. The agents did not know if any private documents were even obtained in the raid, and they did not take any documents from Quinn’s war room. Pascoe said he was using solicitors from other parts of the state, Duffie Stone and Kevin Brackett, to review the seized documents as a “taint team.”

The hearing lasted more than seven hours and was filled with repetitive questions to the point where McMahon paraphrased song lyrics by musician Alicia Keys to the Quinns’ attorneys: “Don't make me read between the lines, go straight to the chase."

The hearing dragged out during the late afternoon while waiting for the last two SLED agents to drive from the coast to testify.

“It was like watching paint dry,” Rick Quinn said after the hearing, "but constitutional issues shouldn't be taken lightly."