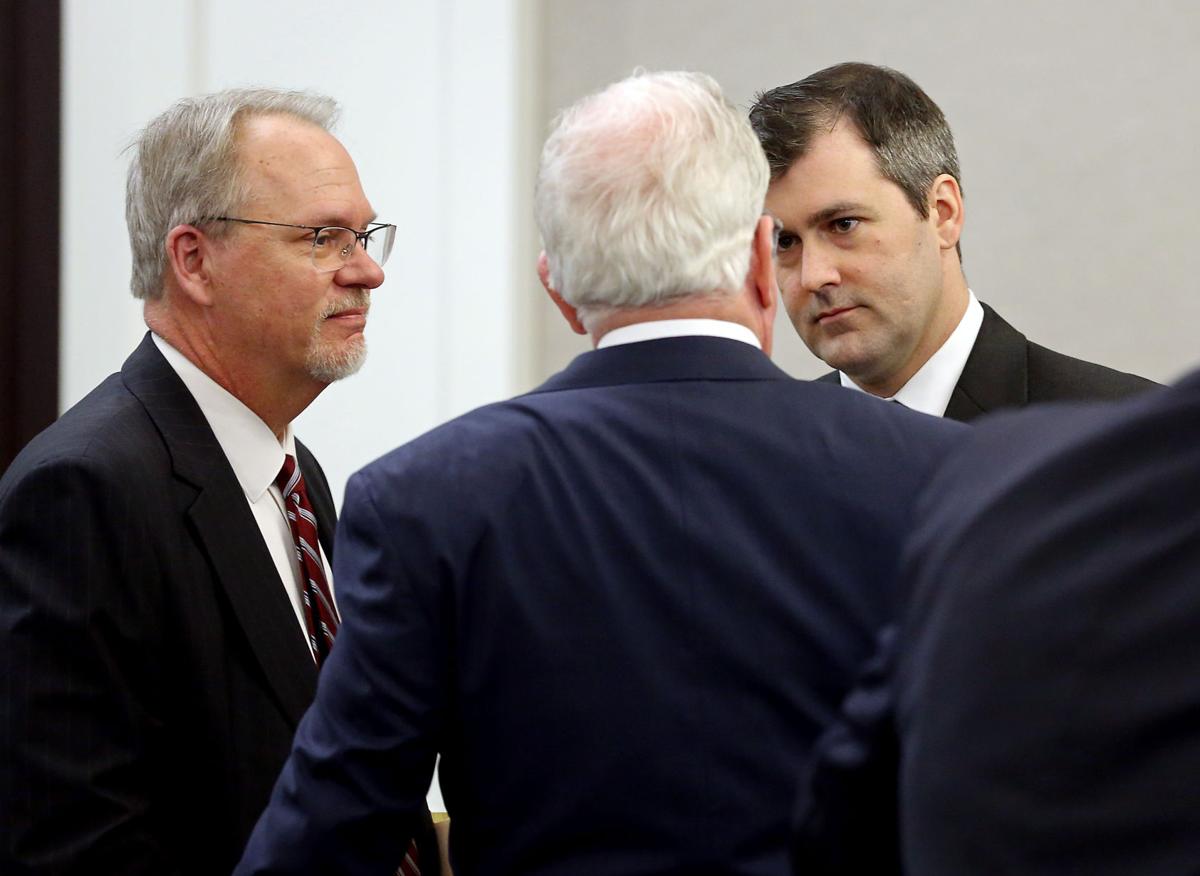 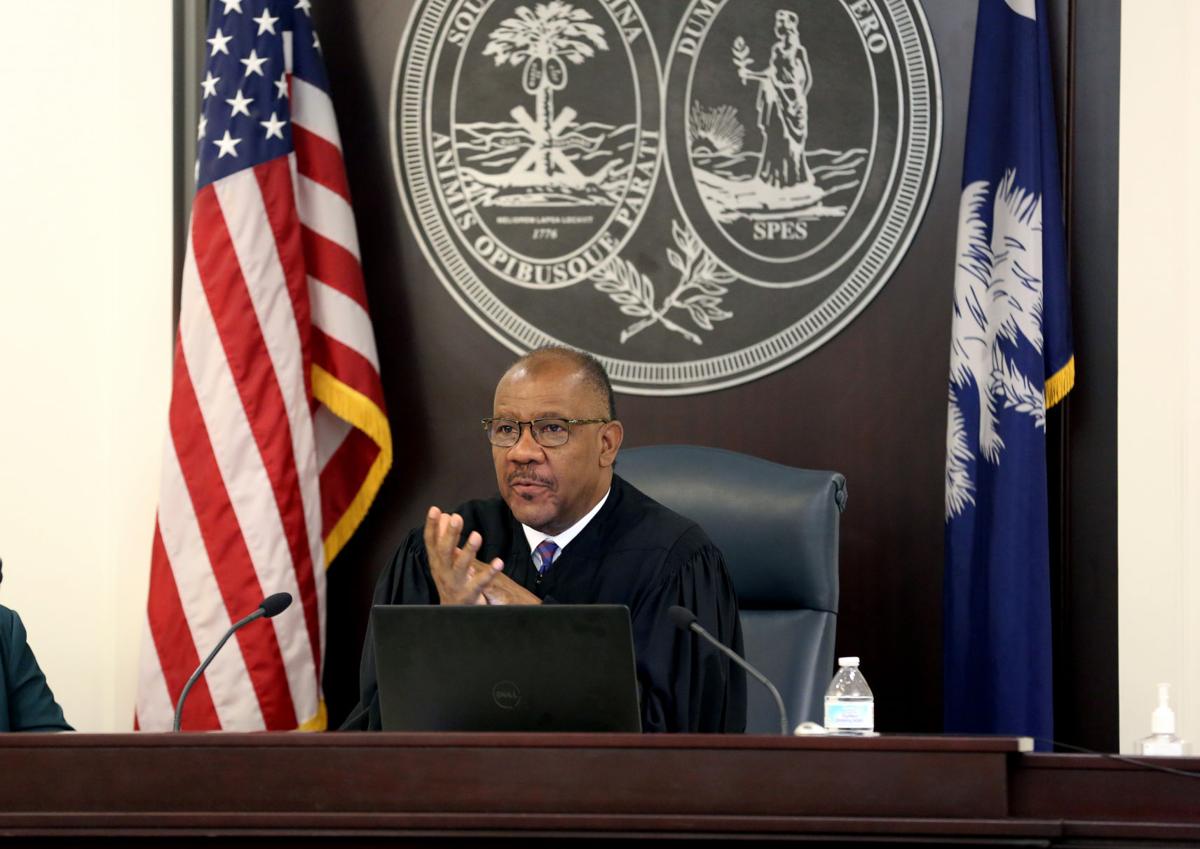 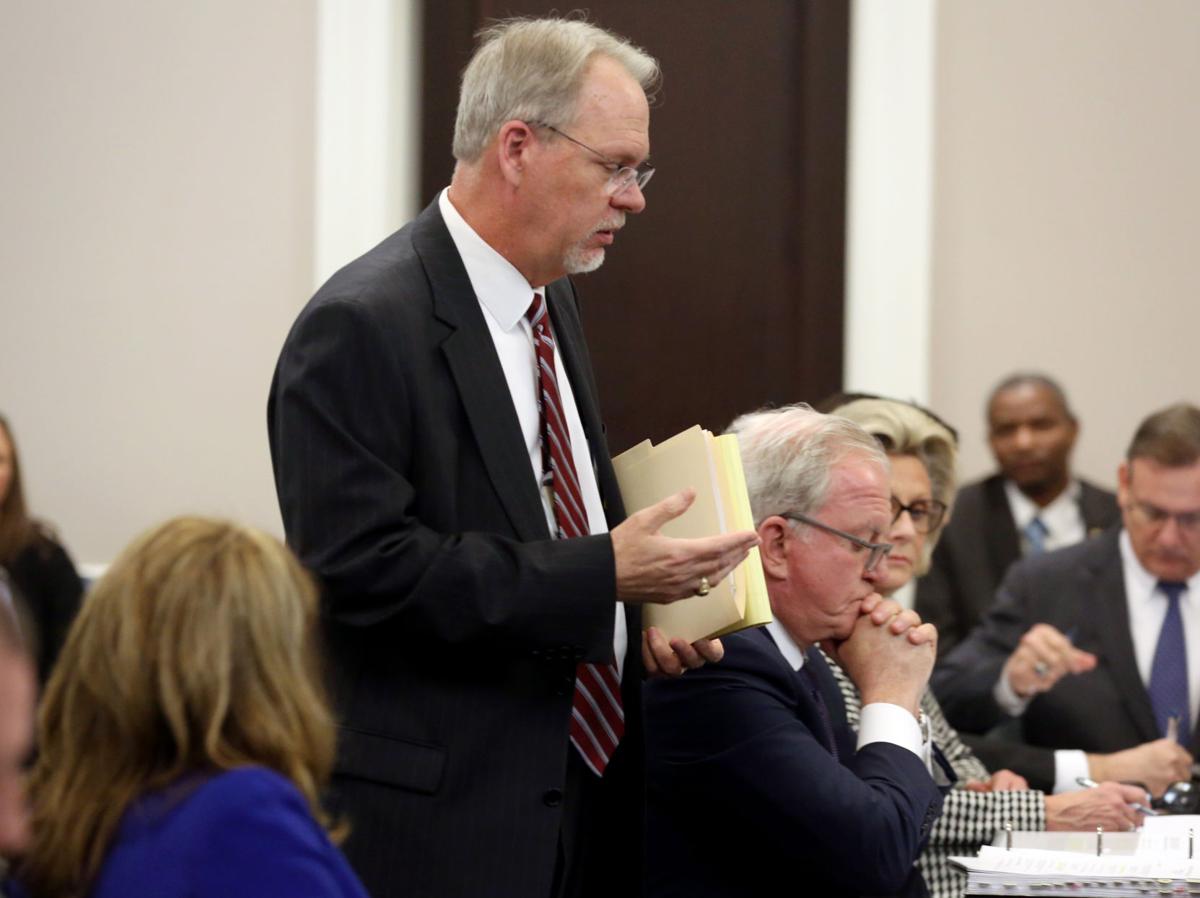 The top prosecutor pursuing a second trial of Michael Slager did not initially support a murder charge for the former policeman, his attorney said Tuesday.

The development came as a judge considers Slager's request for public funding of his defense.

Andy Savage, who has worked on the case for free, said the prosecutor disagreed with state agents' decision to arrest Slager on a murder charge in Walter Scott’s shooting death. Instead, he said, 9th Circuit Solicitor Scarlett Wilson pushed for manslaughter.

Slager’s first trial ended last year when a jury couldn't reach a verdict on either charge.

"I’m not going to take up the cost that the solicitor is causing the taxpayers of Charleston by these multiple prosecutions on a charge that she doesn’t believe in," Savage said Tuesday.

“(The prosecutors) are the ones that pushed this … because of the choices they have made contrary to their own personal opinion on the proper charge, and contrary to what they know” about the jurors’ opinions.

The issue at hand is the local public defender's request to take up Slager's defense, though Savage said he would remain involved. A judge did not immediately rule during a hearing in downtown Charleston.

The solicitor said ethical rules limit her ability to respond, but she pointed to her past approach to Slager's case. She told jurors during the trial the North Charleston patrolman had shot a man in the back, then moved evidence to stage the scene. That's evidence of murder, she contended.

The lesser manslaughter charge was added as an option before jury deliberations, a common move in murder trials.

“We remain committed to seeking justice in this matter and trust that the community, through a fair and impartial jury, will render a true verdict in this matter," she said.

Savage did not say when Wilson was alleged to have discussed an opinion of the charging documents the State Law Enforcement Division filed against Slager three days after the April 4, 2015, killing. But he said Wilson's comments came in front of the presiding judge, Clifton Newman.

While most hearings in the case have been public, Newman closed one October proceeding where Wilson testified. The Post and Courier objected to the move and sought a transcript of the testimony. None has been released.

Scott family attorneys Chris Stewart and Justin Bamberg came to Wilson's defense Tuesday. They pointed out Savage might take a "backseat" with a public defender on the case, indicating Savage doesn't like his odds of sparing Slager of a murder conviction the second time around.

"It's easy for Savage to publicly abuse prosecutors who cannot comment publicly," they said in a joint statement. "The people of Charleston — no matter the color — aren't interested in mind games, only justice."

Slager's retrial is set for August. Whether it happens could hinge on the outcome of a federal civil rights proceeding in May. Slager, 35, faces up to life in prison.

The white officer got into a struggle with Scott, a black man, after a traffic stop. He said Scott, 50, grabbed his Taser and that he fired in self-defense.

An eyewitness video showed Scott running away as the device bounced to the ground. Slager fired eight times. Five bullets hit Scott from behind. The footage then showed Slager picking up the Taser and dropping it near Scott’s lifeless body before retrieving it again.

Without an income, Slager asked for public funding of expert witnesses before his first trial while keeping Savage as his "pro bono" attorney. Newman rejected the request.

The latest motion is different, Circuit Public Defender Ashley Pennington told the judge Tuesday. Pennington said his office would get involved in Slager’s defense this time around. Savage would likely be hired as a contract attorney and paid a “modest” fee, Pennington said.

“I want to stay on as his lawyer,” Savage said after the hearing, “and I intend to do that.”

“He has ... the knowledge about the case that we in the public defender’s office lack,” Pennington said. “To take a case without his involvement, we would be essentially starting over.”

Tuesday’s hearing included little argument. Prosecutors fought a defense motion to dismiss the case on grounds jurors in the first trial had not been asked for a tally of their votes on the murder charge before they ultimately encountered an impasse on manslaughter. The judge did not immediately rule on that issue.

Wilson has declined to discuss in detail her meetings with the former jurors.

“It was an enlightening experience,” she said after the hearing, “and as I’ve said before, we are encouraged by our conversations.”

Savage contends none of the jurors had agreed to convict Slager of murder. And when they considered manslaughter, five leaned toward conviction and seven toward acquittal, the attorney said outside the courthouse.

“If the state wants to continue prosecuting (Slager) for murder when they know that a jury has already rejected that charge and the solicitor herself says that was not her choice,” Savage reiterated, “then we think ... we’re entitled to collect funds from the state that continues this not-very-fair prosecution.”