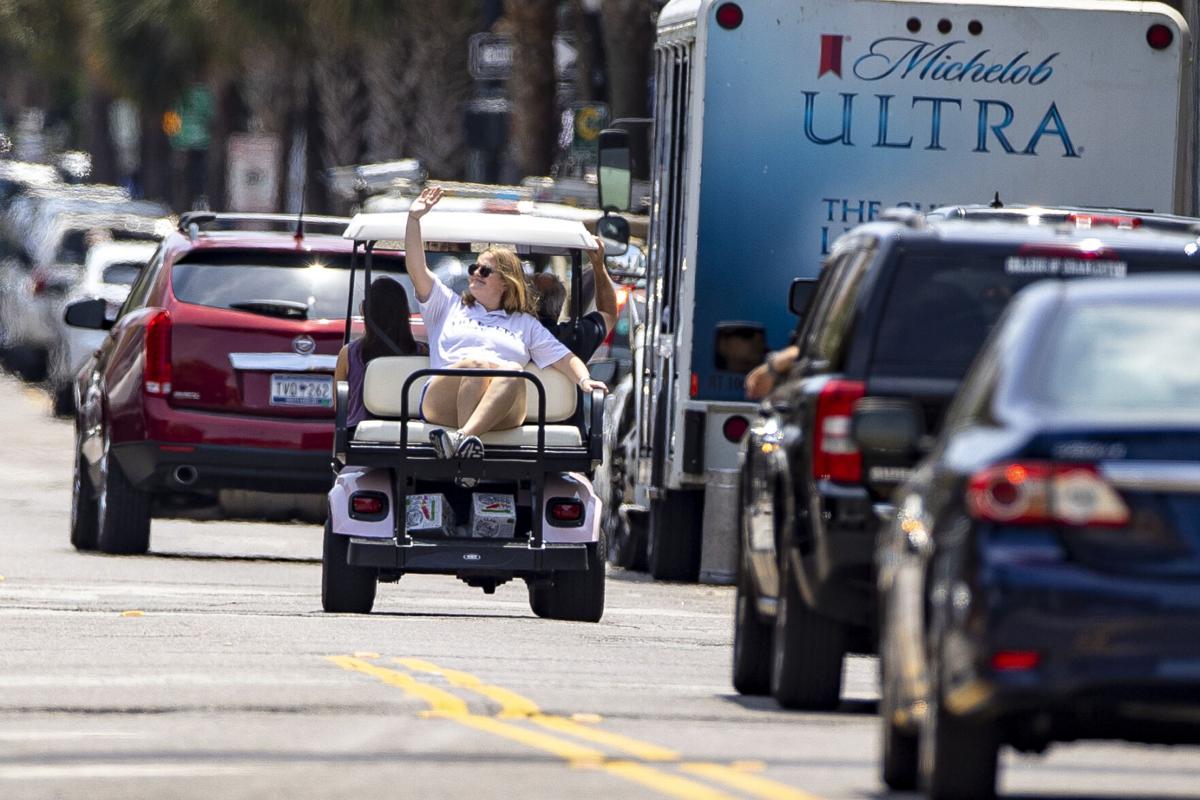 Golf carts navigate King Street on April 29, 2021, in Charleston. A legislator recently proposed a law that would require seat belts to be installed and fastened on golf carts. Andrew J. Whitaker/Staff 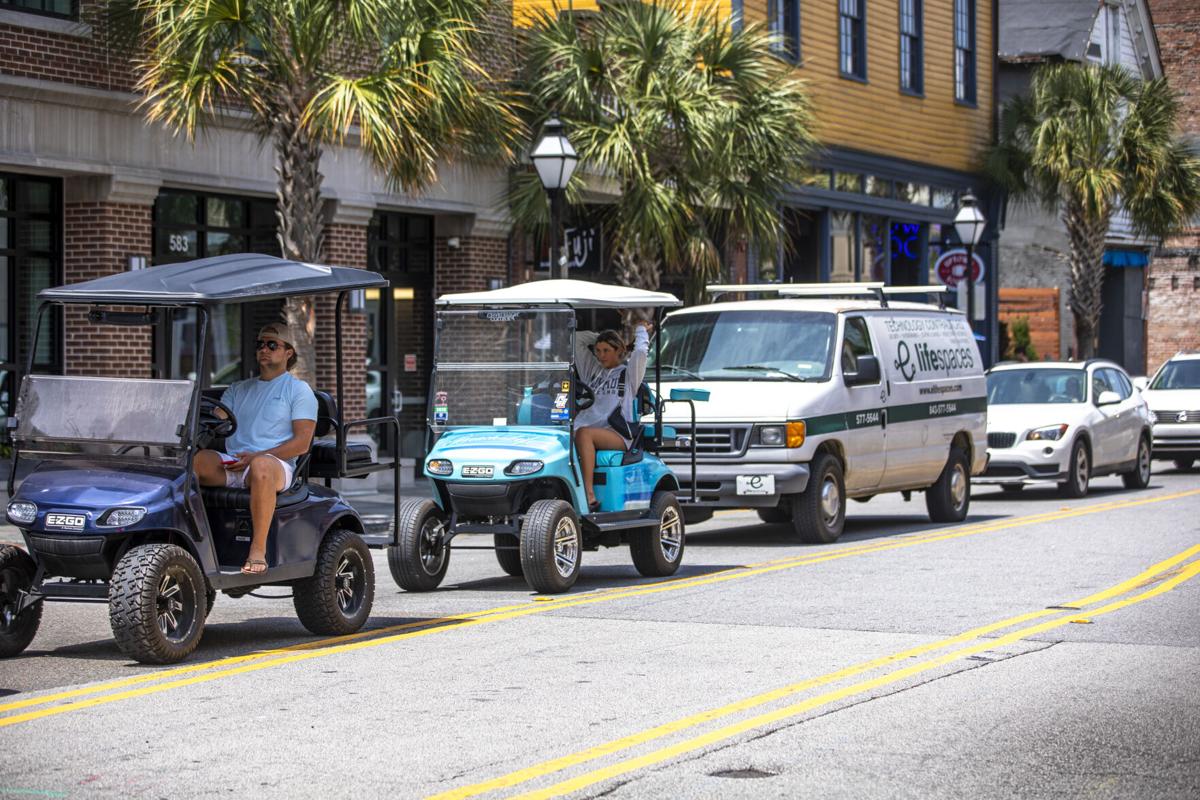 Golf carts go down King Street on April 29, 2021, in Charleston. A push to require seat belts to be worn on the small vehicles was prompted by a golf cart-related death on Fripp Island. Andrew J. Whitaker/Staff 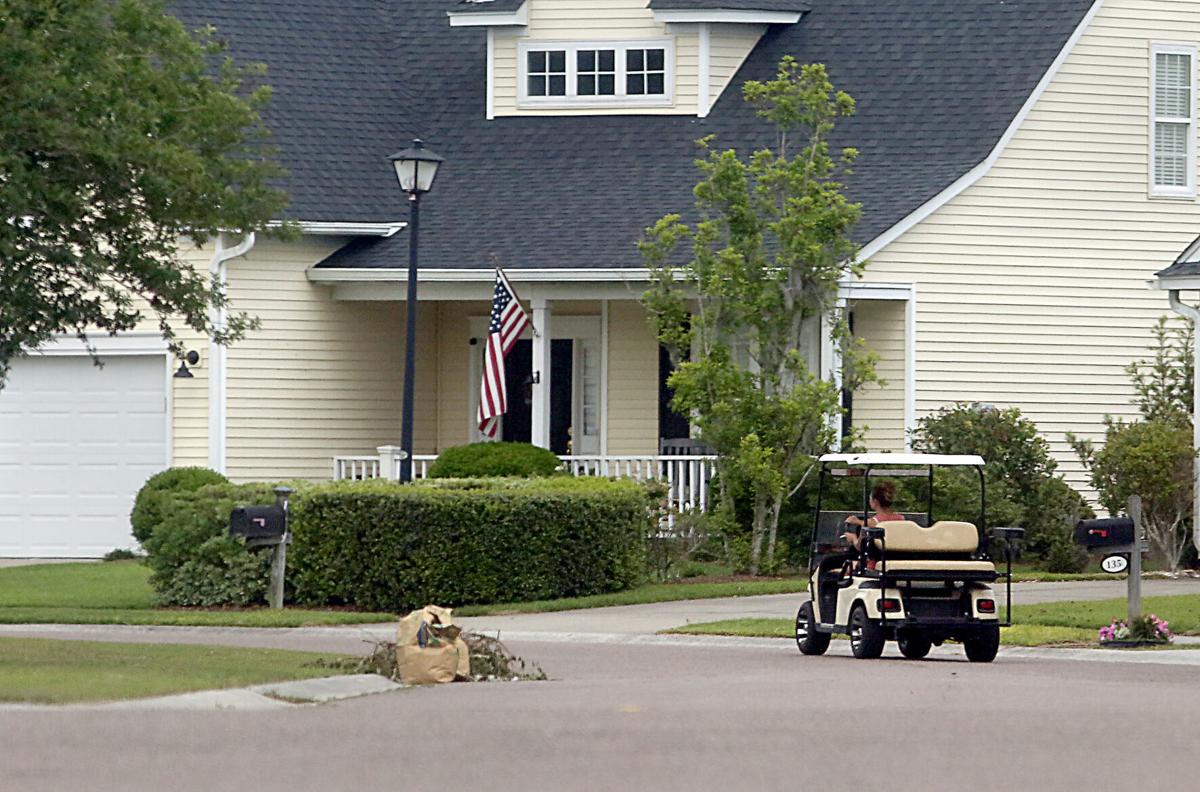 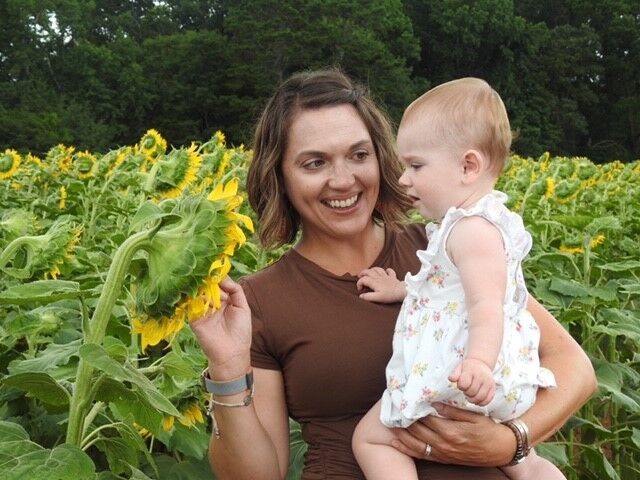 Melanie Popjes died after falling from a golf cart on Fripp Island in 2020. She was a passenger in the vehicle and was holding her infant daughter, Isla, at the time of the accident. Dian McDermott/Provided

Golf carts navigate King Street on April 29, 2021, in Charleston. A legislator recently proposed a law that would require seat belts to be installed and fastened on golf carts. Andrew J. Whitaker/Staff

Melanie Popjes died after falling from a golf cart on Fripp Island in 2020. She was a passenger in the vehicle and was holding her infant daughter, Isla, at the time of the accident. Dian McDermott/Provided

It's too late this year to pass a Statehouse bill that would require seat belts to be installed and fastened when golf carts are driven on state roads and highways.

But the bill's co-sponsor, House Majority Leader Gary Simrill, thinks there's still opportunity to start a conversation about Melanie Popjes, a woman who died after falling from a golf cart while vacationing on Fripp Island in 2020.

Popjes was a passenger in the golf cart that was being driven by her husband. She was holding their infant daughter when she fell from the vehicle. The baby survived the accident.

Ever since Popjes' death last year, her mother, Dian McDermott, has pushed for the enforcement of existing statewide golf cart regulations with the addition of a new seat belt requirement. She believes a seat belt could have saved her daughter's life.

Seat belts are currently optional for golf cart users on the road.

Simrill's bill, H 4147, would amend the current law pertaining to golf cart operation to add a new rule requiring the vehicles be equipped with seat belts at each designated seating position. He said he has talked with local dealers who said seat belts are available for low-speed vehicles and golf carts.

If the bill becomes law, golf cart operators and passengers would be required to wear a fastened seat belt when the vehicles are driven on public streets and highways.

Violators would be fined $25.

The legislation will have to wait until at least next year as the measure is not far enough along in the pipeline to advance before the May 13 end of the 2021 session. It is currently in the House Judiciary Committee.

McDermott said she hopes the eventual passage of a seat belt law for golf carts is just the beginning of stricter safety regulations.

"We feel like that's the most important thing right now to keep kids from falling off golf carts," McDermott said. "But there are probably many other actions that could be taken to improve the safety of people using golf carts."

When she first started talking with legislators about stricter safety regulations, McDermott said some of them were concerned that serious golfers who use the vehicles may not want to fasten a seat belt while on the course.

"And that's understandable, but they're just as able to fall and get hurt going from hole to hole on a golf course as they are anywhere else on a golf cart," McDermott said.

Simrill's bill would not affect folks who use the vehicles on golf courses.

McDermott said she feels the climate is better than in previous years to get a bill of this type passed because fatal golf cart accidents keep happening.

In 2017, a man died after falling from a cart on Folly Beach and hitting his head on the pavement. In 2019, a woman in Greenville County had a heart attack and died after crashing a golf cart. Several other accidents have been reported.

To drive a golf cart in South Carolina, people must be 16, have a valid driver's license, proof of liability insurance and display a state permit decal.

The vehicles can only be driven during daylight hours and within 4 miles of the address on the required registration certificate. They can’t be driven on a bike path and should only be used on roadways with a speed limit of 35 mph or less.

McDermott said she knows it could take a while to get a seat belt law passed. But even if it takes years, she intends to pursue it.

Simrill said there is not a week that goes by when he doesn't see someone on a low-speed vehicle or golf cart. They are much more prevalent nowadays, and making sure they are safe is important, he said.

"I put a feeler out just about the issue, and just on the surface there is not widespread support for mandating seat belts on low-speed vehicles," Simrill said. "But again, when you look at what Mrs. McDermott has been through, the tragic loss of her daughter and wanting to make sure that doesn't happen to someone else, I appreciate her efforts."

Simrill said along with McDermott's efforts comes the process of dialogue and conversation.