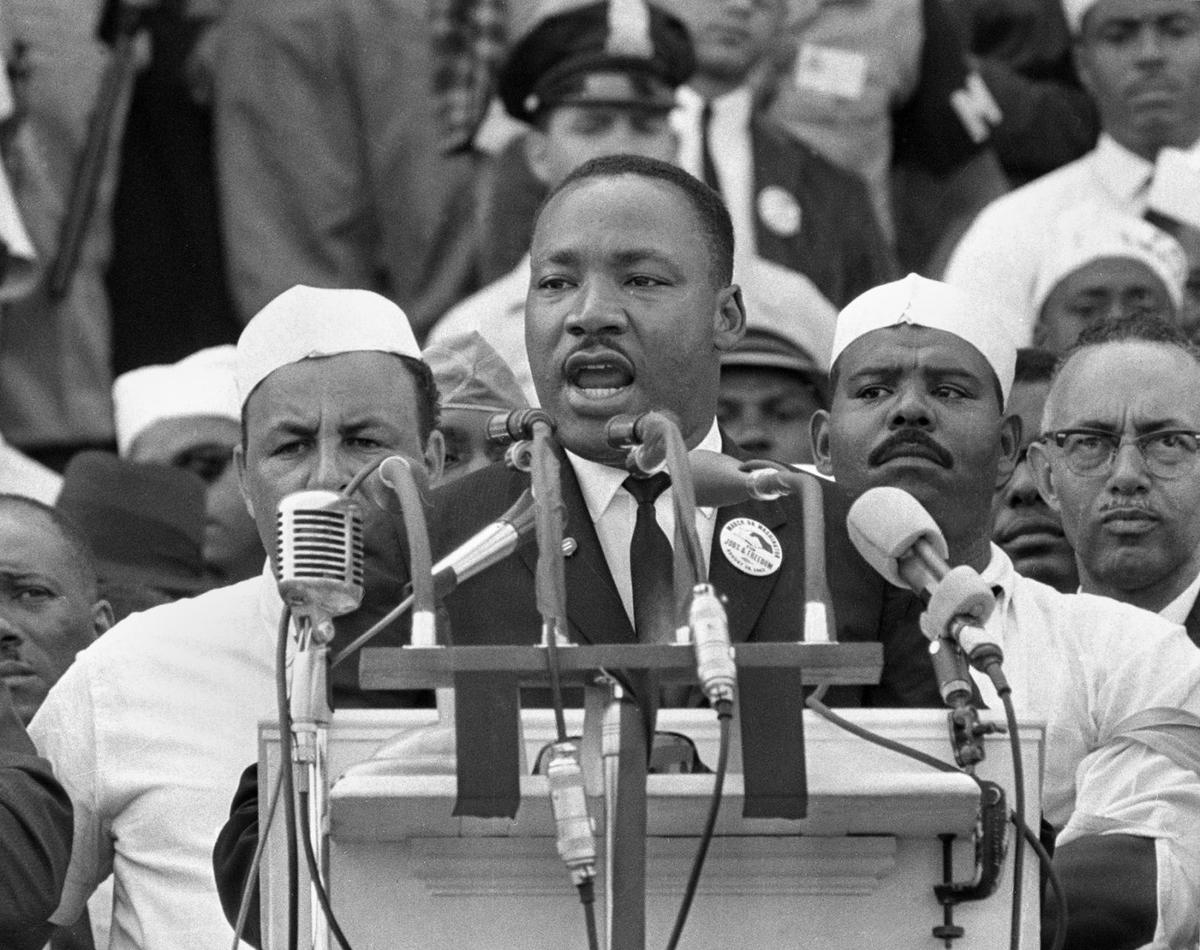 Dr. Martin Luther King Jr. addresses marchers during his "I Have a Dream" speech during the March on Washington in 1963. His name appears nowhere in a proposed list of state social studies standards for 2020. File 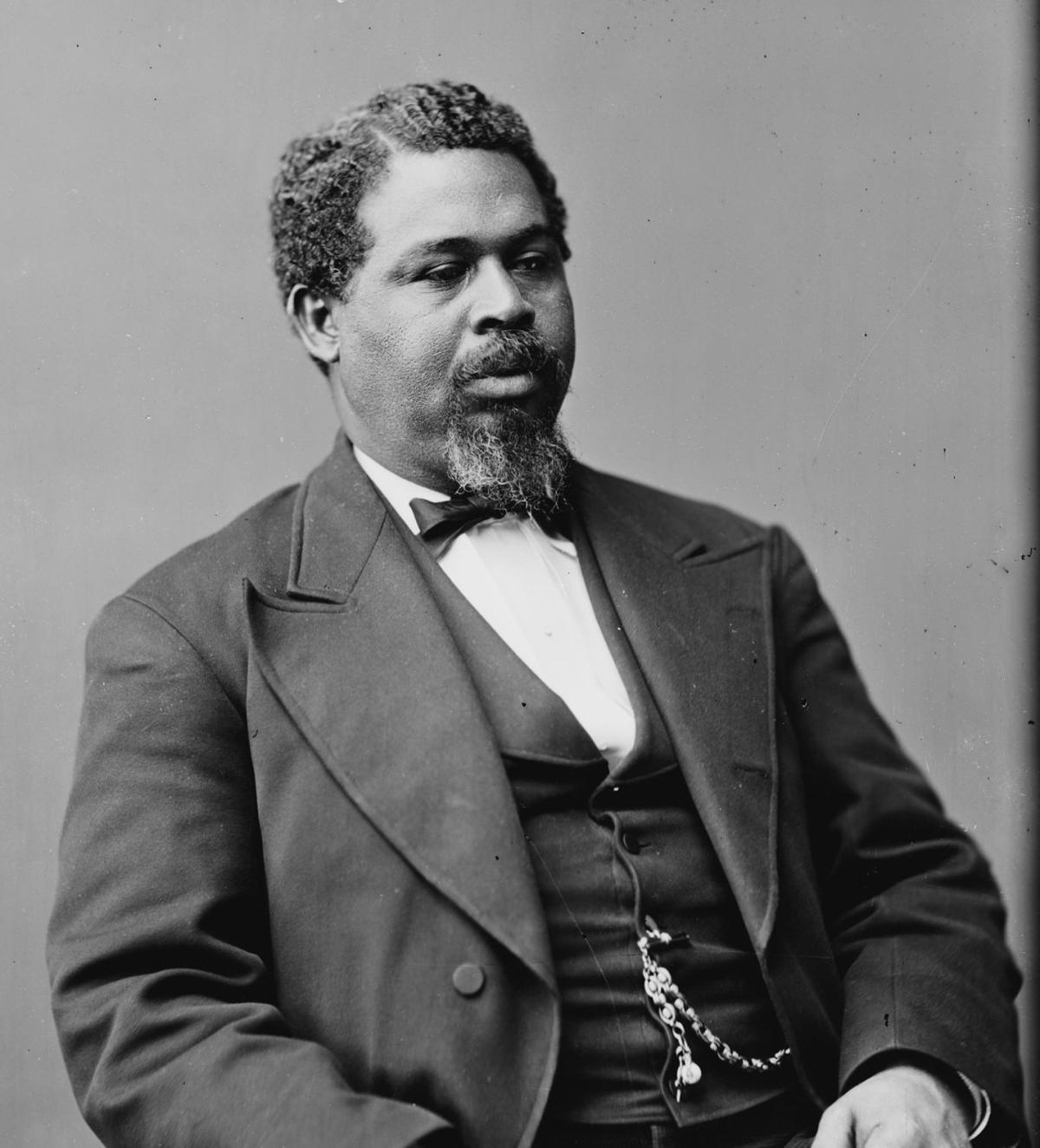 Robert Smalls was a former slave who went on to become a state lawmaker and congressman. His legacy includes the creation of South Carolina's public school system. His name appears nowhere in a proposed list of state social studies standards for 2020. File 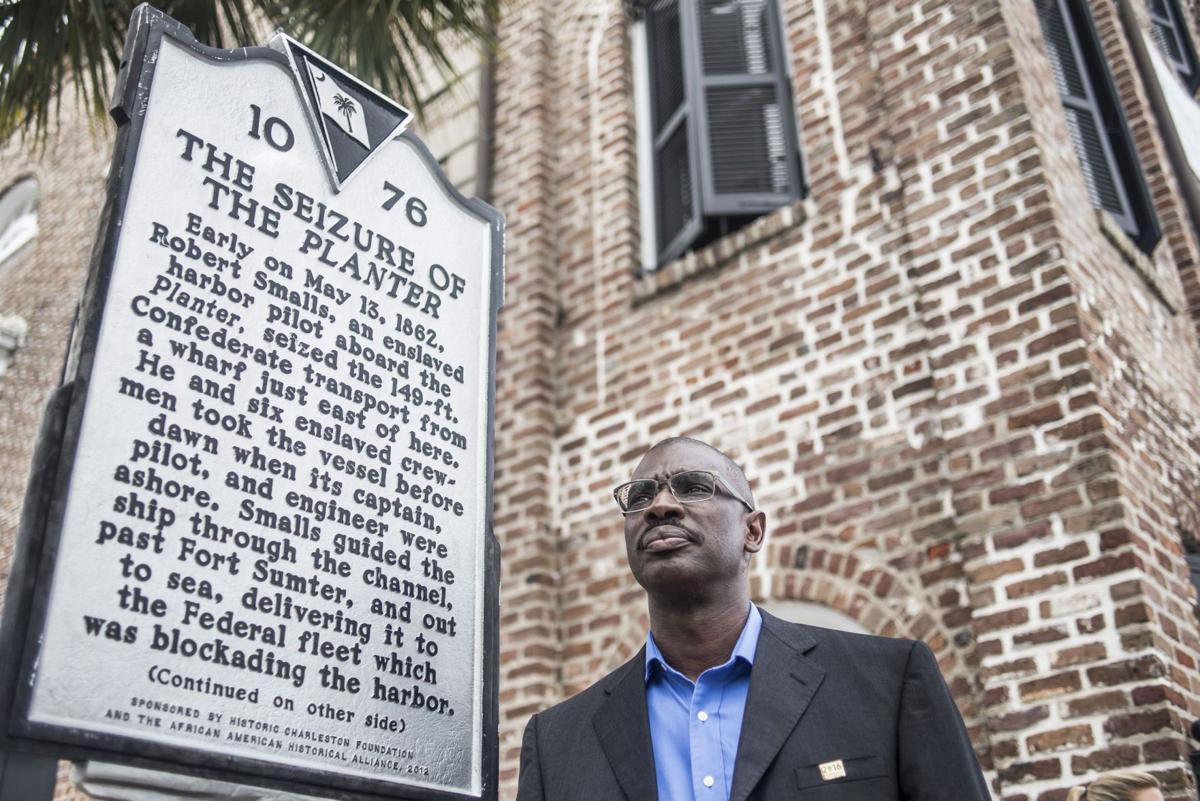 South Carolina made national headlines in December when Holocaust education advocates noticed that a proposed set of social studies standards for the state's public schools made no mention of the Holocaust, Nazism or Adolf Hitler.

That's not all that was missing.

The current draft of the South Carolina Social Studies College- and Career-Ready Standards, which would go into effect in 2020, makes no mention of such key civil rights-era figures as Rosa Parks, Martin Luther King Jr. or Malcolm X.

Nor does it include major events, figures and locations from South Carolina history, such as John C. Calhoun, the Nullification Crisis, Fort Sumter or Robert Smalls — the enslaved man who liberated his family by commandeering a Confederate ship in the Charleston Harbor in 1862, served in the Union Navy and then helped establish South Carolina's public school system as a crusading state lawmaker and congressman.

The new standards will be accompanied by a "support document," hundreds of pages long, that includes specific names, events and people to be covered in class, according to S.C. Department of Education spokesman Ryan Brown. The above terms are included in the current draft of the support document, according to Brown.

But the deadline for public comments on the draft is Monday, and no one in the general public has seen the support document yet. Brown said the document will be based on the standards, so it won't be available until the final revisions have been made.

Across South Carolina, historians have begun expressing concern about the lack of specificity in the proposed standards, particularly as they relate to civil rights and Civil War history. Meanwhile, a new report from the Southern Poverty Law Center raises serious concerns about education on American slavery nationwide.

According to the study, released Wednesday, only 8 percent of high school seniors could identify slavery as the central cause of the Civil War, fewer than half correctly answered that slavery was legal in all colonies during the American Revolution, and 39 percent of teachers said their state offered little or no support for teaching about slavery.

In an analysis of state social studies standards, the report noted that South Carolina's current standards, which were last revised in 2011, missed eight "key concepts" but did explicitly mention slavery and the origins of the Gullah culture starting in the third grade.

The next-generation standards reflect a change in focus, prioritizing skills over content. They're meant to reflect the Profile of the South Carolina Graduate, a broadly worded document passed by state lawmakers in 2016 that includes soft skills, such as self-direction and global perspective.

The new standards often mention skills such as communication and analysis, and they include few specific names or events. For example, while the current eighth-grade standards for state history list some specific Native American tribes that should be discussed — Catawba, Cherokee and Yemassee — the new standards say that students should be able to "analyze the changes and continuities of the Native American experience as a result of settlement and colonization."

Chanda Robinson counts herself among the skeptics about the new standards. A secondary social studies consultant in Richland County School District 1, she helped write the current standards that took effect in 2011, working with a team of historians and teachers to make sure they were comprehensive. Even she hasn't seen the support document for the 2020 standards.

Robinson said she's heard some pushback from teachers about the level of specific detail in the 2011 standards. But in a state where teachers have sometimes glossed over the legacy of slavery or promoted revisionist histories of the Civil War, she felt it was important to be as specific as possible.

"The teachers say, ‘Oh, I can’t cover that.’ Yes you can," Robinson said. "The problem is you’re focusing on something that you like instead of focusing on moving through, getting information to the children based on the standards."

Robinson said the team of classroom teachers, instructional coaches and other experts working on the new standards has been hush-hush about its work. When she has reached out to educators on the team, she said she hasn't made much headway.

"I said, 'What are y’all working on, the Manhattan Project?' Nobody got it," Robinson said.

Michael Allen, a member of the S.C. African-American Heritage Commission, has also expressed concern about the lack of specificity in the proposed standards. A recently retired community partnership specialist with the National Park Service, he said schools and historians should be working together to tell the "challenging history" of the United States.

He found the absence of Smalls from the standards particularly galling, given his role in establishing the state's public education system.

"History is a way of telling these painful truths and also an opportunity to talk about victory and overcoming experiences," Allen said. "When you take a turn to not be as revealing or open or honest, you shortchange those who are really seeking truth."

The current draft of the 2020 standards shows that the writers have made one revision since the initial release in December: Specific references to the Holocaust have been added in fifth grade, 10th-grade Modern World History and 11th-grade U.S. History.

Under South Carolina law, the State Board of Education must review and update its grade-school standards in each academic area every seven years.

Brown said the team of educators working on the standards will make revisions based on the feedback it receives and present a new draft for another round of public review. The team will present the revised standards to the State Board of Education for approval, possibly as early as September.

Public surveys about K-8 and high school social studies standards will be open until 6 p.m. Monday. To read the proposed standards and fill out the surveys, visit ed.sc.gov/instruction/standards-learning/social-studies/standards.