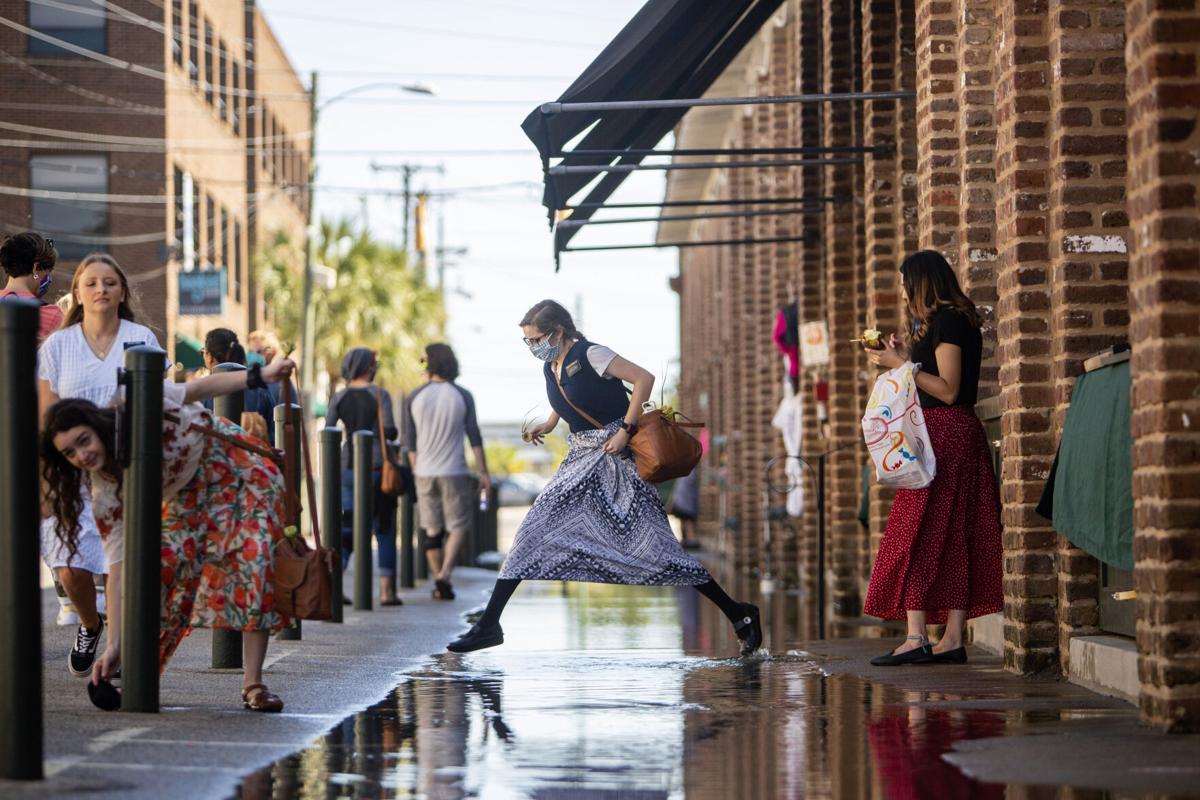 Tidal floods were a rarity in Charleston just a few decades ago. Now, they happen on average every five days — even when it’s sunny. On Monday, Oct. 19, 2020, Emma Spendlove jumps over water while shopping at the Charleston City Market, where vendors are often disrupted by flooding. File/Gavin McIntyre/Staff 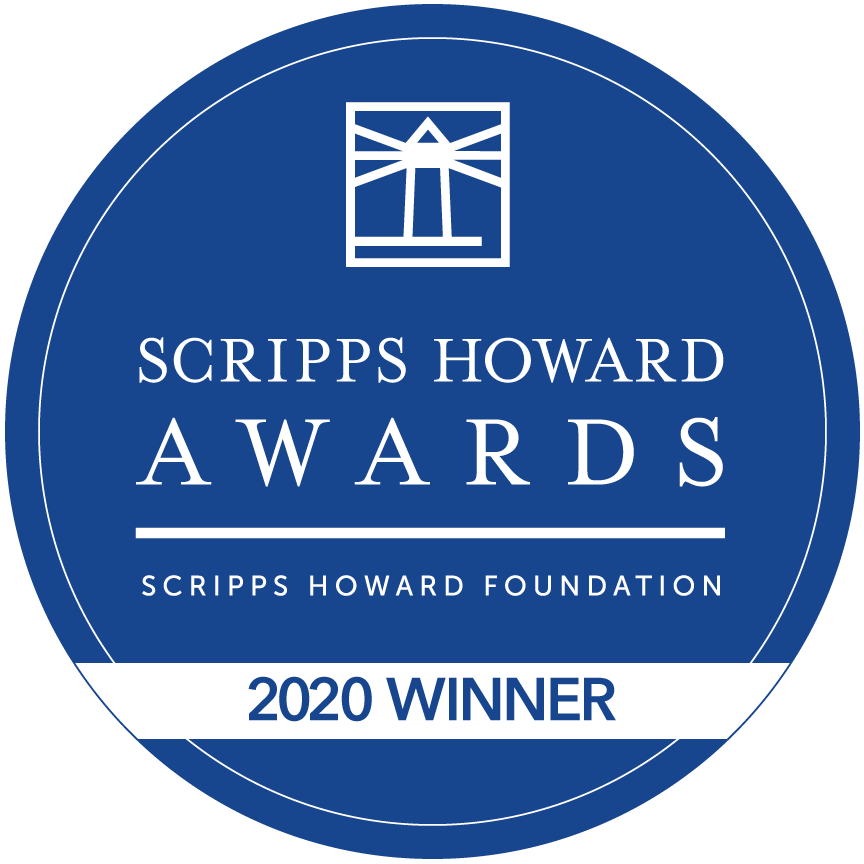 The Post and Courier has received first-place honors in the prestigious Scripps Howard Awards for its Rising Waters climate change project.

The newspaper received the Excellence in Environmental Reporting Award for the series, which was published between April and December of last year. Rising Waters documented how the accelerating forces of climate change pose an existential threat to the Lowcountry, from wetter hurricanes to “rain bombs” to flooding high tides.

The Scripps Howard judges praised Rising Waters, saying "this compelling reporting shakes complacency and kindles a sense of urgency about the need for preparedness and mitigation before it’s too late.”

The project, which involved a wide cast of journalists from throughout The Post and Courier newsroom, took a unique approach that melded investigative reporting with breaking coverage to expose this creeping threat in real time. Each installment was tied to a flooding event, revealing the science, politics and economics of climate change’s detrimental impact on the Charleston area in a very immediate way.

How flooding intensifies the Charleston region's racial and wealth inequities

Among other things, the stories exposed the harmful bacteria inside floodwaters and the disproportionate impacts on underprivileged communities. They explained the dire threats posed to the state’s most important medical complex. And they showed how the shrinking tree canopy in the Charleston area has impacted the region’s ability to soak up and drain water.

The Pulitzer Center for Investigative Reporting helped fund the project, with a grant as part of its national Connected Coastline initiative. This allowed the team to produce explainer videos, a graphic novella and a first-ever analysis of disease-carrying bacteria in sunny day floods.

A sunny day in Charleston and a flood: What that tells us about climate change and the future

The Scripps Howard Awards stand as one of the industry’s top honors for outstanding journalism. A panel of veteran journalists and media industry leaders selected the final list of winners in this year’s competition from nearly 900 entries. Winners announced in other categories included The New York Times, CBS News, The Star Tribune of Minneapolis, The Washington Post and NPR.