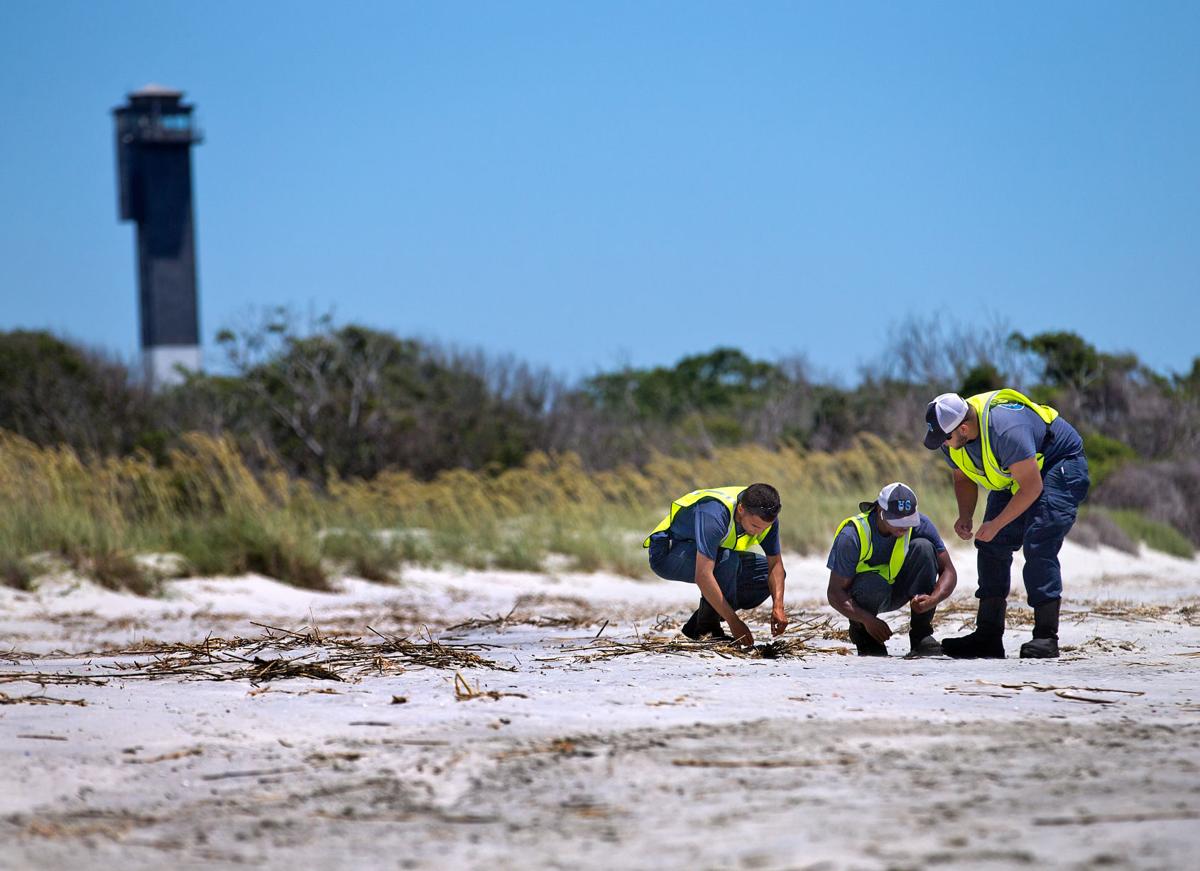 Crews work to clean up plastic beads called nurdles that washed ashore on Sullivan's Island in July 2019. The companies that package and ship nurdles acknowledge more needs to be done to keep them out of the environment. File/Grace Beahm Alford/Staff 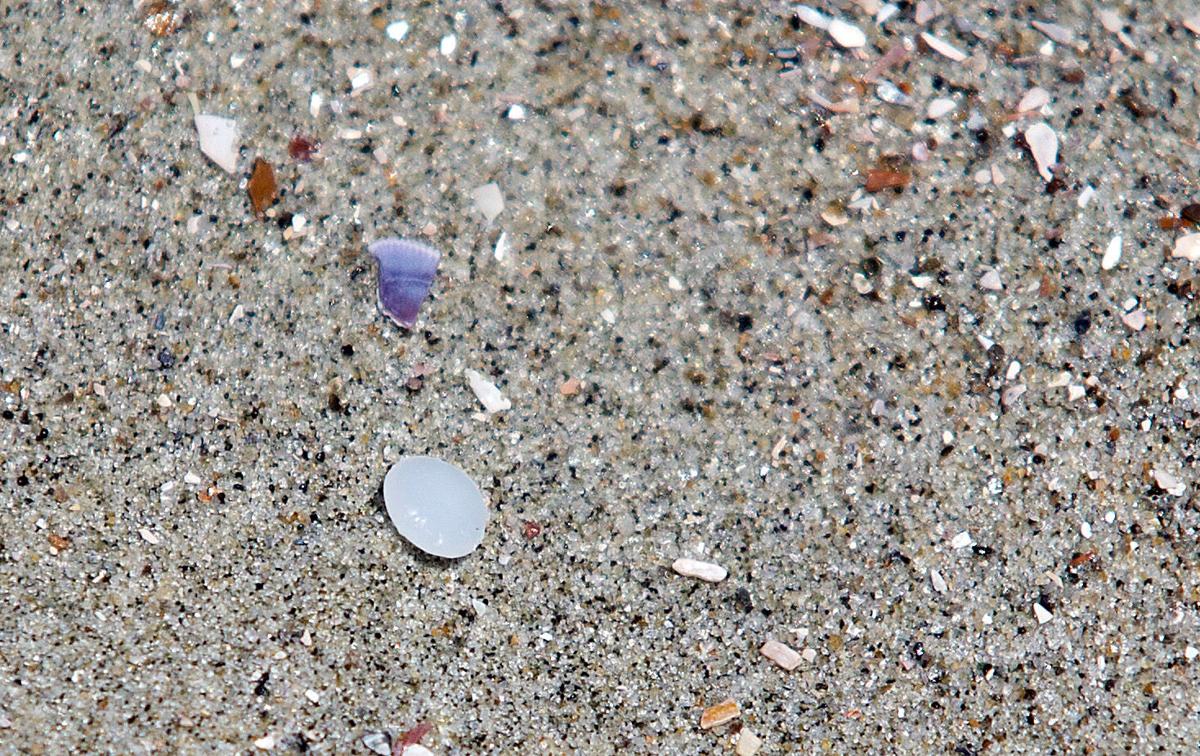 Three environmental groups say the plastic nurdles that washed up on Sullivan's Island this summer have continued to appear in area waters.

The Coastal Conservation League and Charleston Waterkeeper sent a 60-day legal notice on Monday to Frontier Logistics — the first step toward a lawsuit under the federal Clean Water Act.

Frontier was cited for an alleged violation by the state's regulator for the nurdle pollution earlier this year.

The environmental groups, represented by the Southern Environmental Law Center, contend the July spill was not a one-time event.

Paul Heard, vice president and general counsel for Frontier, argued that the nurdles could not definitively be traced back to his company.

"The facts they are putting out there are generally not correct," he said of environmentalists' concerns.

Nurdles are small plastic pellets about the size of fish eggs that are melted down to create a slew of products. It's possible the grains of plastic can be mistaken for food by marine life, making them the latest front in a growing war between environmentalists and the plastics industry.

Andrew Wunderley of Charleston Waterkeeper said his group started weekly tests at five sites around Charleston Harbor in September. The highest concentration of nurdles washed up in an area south of Waterfront Park, which is the closest testing location downstream of Frontier's facility at the Union Pier Terminal.

"The goal right now is to document, one: the extent of the problem, and two: the continuing nature of the problem," Wunderley said. "We believe it's an ongoing issue."

After the July discovery, Frontier voluntarily helped with cleanup efforts on Sullivan's Island. But the nurdles are so hard to remove, Wunderly said, that once spilled, the damage to the environment is largely done.

The S.C. Department of Health and Environmental Control cited Frontier for potentially breaking state pollution law after a July visit found the plastic particles strewn around its facility.

Heard asserts that Frontier was never found at fault, and said most of the nurdles that have washed up weren't from the Union Pier facility, where workers transfer plastic pellets in a building that overhangs water.

DHEC can levy a fine of up to $10,000 a day for pollution violations. Frontier never faced a monetary penalty.

Wunderley's group is one of many that support the growing campaign to ban single-use plastic products that began in cities and towns along the Palmetto State's coast. More than 15 jurisdictions have passed some sort of ban, among them Charleston, Mount Pleasant, the whole of Beaufort County and several smaller beach communities.

Environmentalists have focused on plastics because, while they take hundreds of years to degrade, grocery sacks and other items can start shedding microscopic plastic particles within weeks. Those microplastics have shown up in fish, drinking water and even floating in the air.

Nurdles are "doing much more damage to the harbor than the plastic bags," state Sen. Sandy Senn said on Monday.

Senn, R-Charleston, said she plans to introduce legislation that will give DHEC more teeth in regulation. She said it might be wise to make plastics exporters use unique shapes for the pellets so that they can be traced easily after they wash up.

At the same time, the plastics industry's footprint in Charleston is growing.

In June, Frontier broke ground on a 550,000-square-foot distribution center at the former Navy base in North Charleston. The facility will consolidate smaller sites the company already has in the region.

A new firm, Kentucky-based A&R Logistics, is also planning to open its own $60 million, 615,000-square-foot distribution center near Moncks Corner in 2020.

George Cook, the CEO of Frontier Logistics, said recently at an industry conference that while the plastics firms may have some improvements to make in transporting raw plastics, the materials are crucial in the modern economy.

Nurdles are eventually shaped into a bevy of consumer products, packaging and even medical supplies, like catheters.

It's unrealistic to expect that plastics will disappear, Cook said.