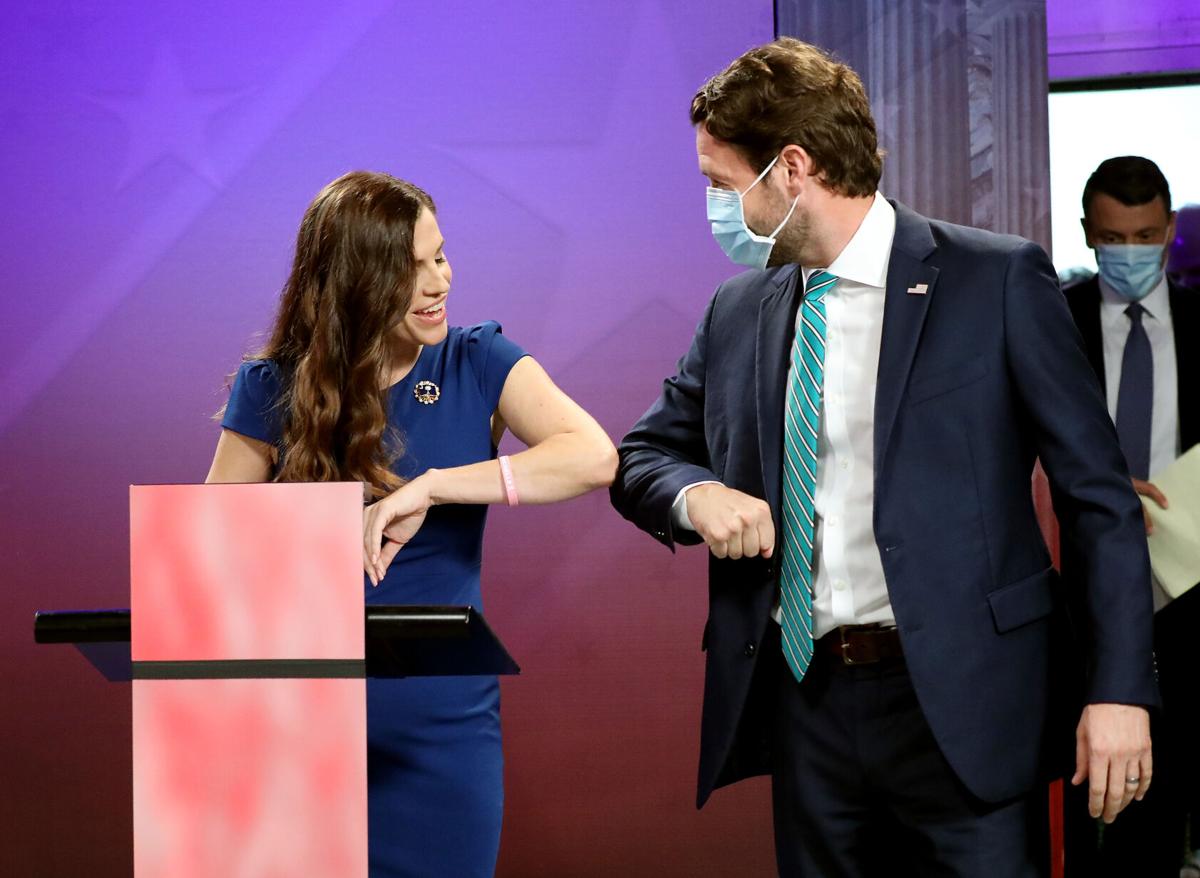 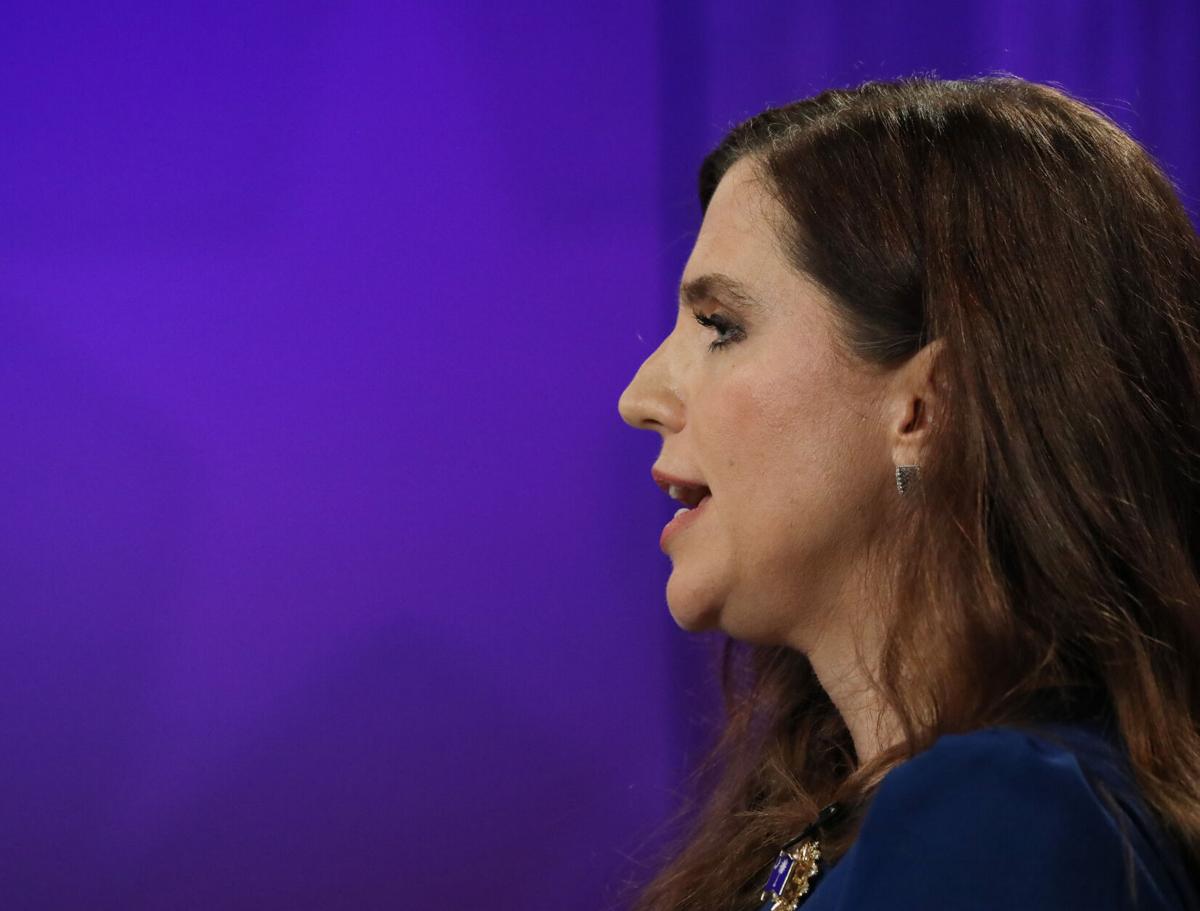 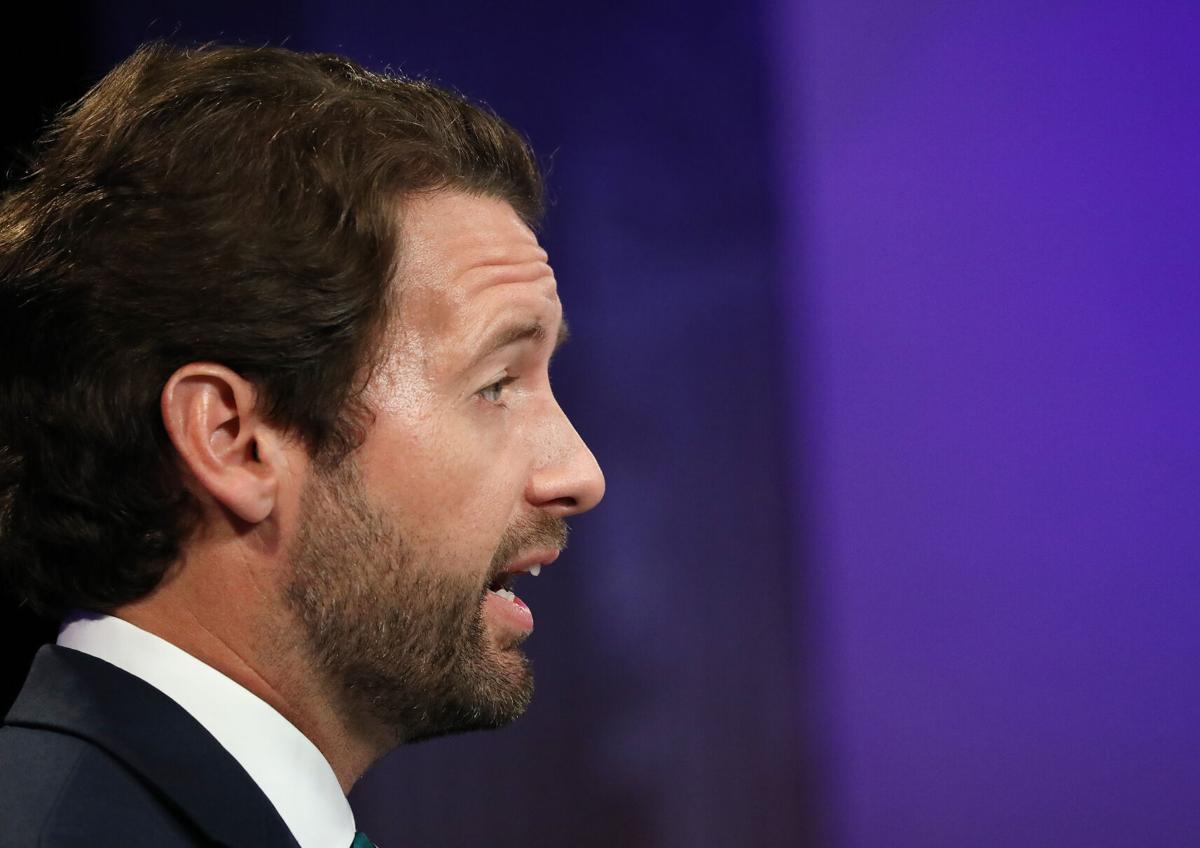 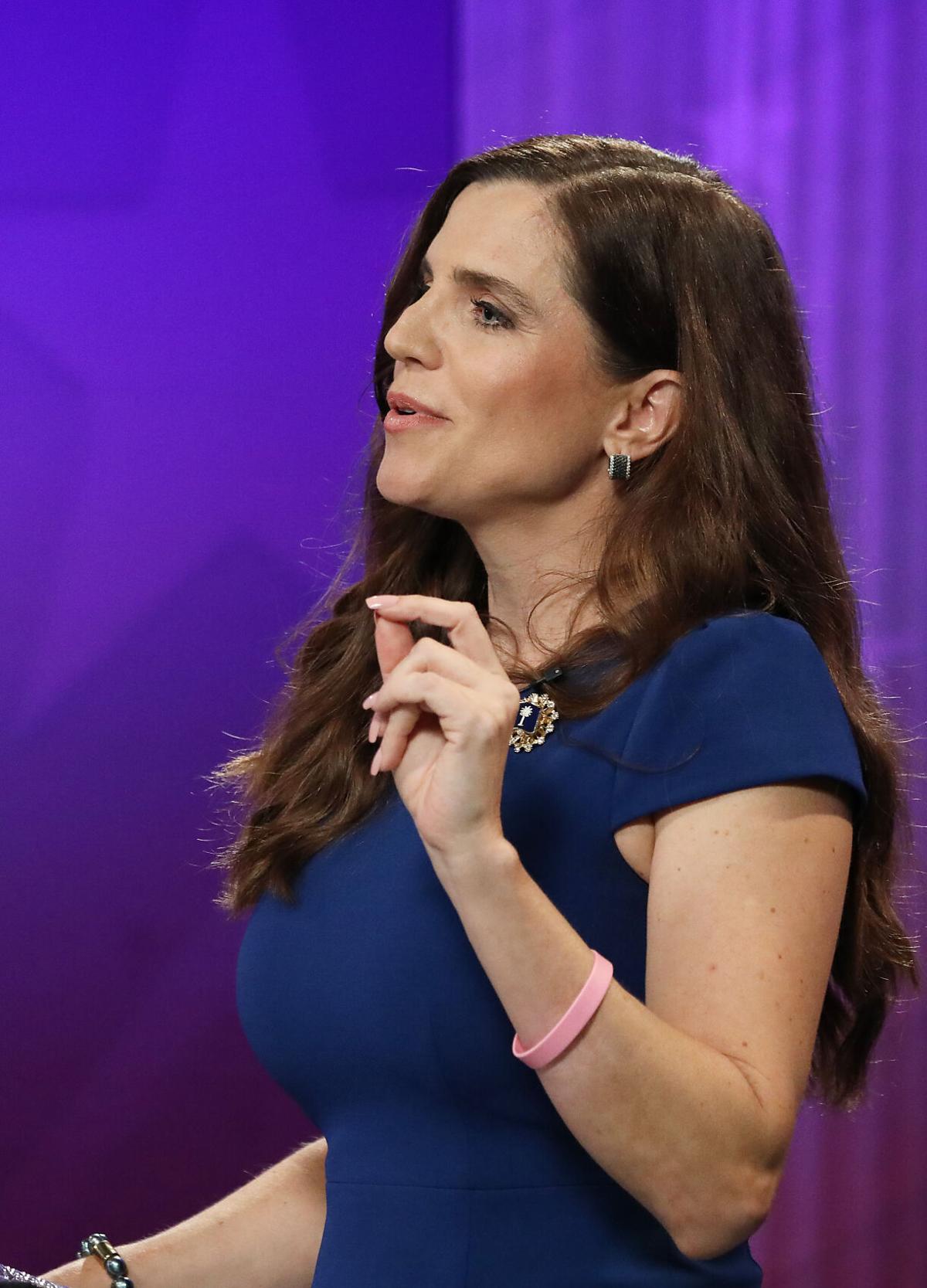 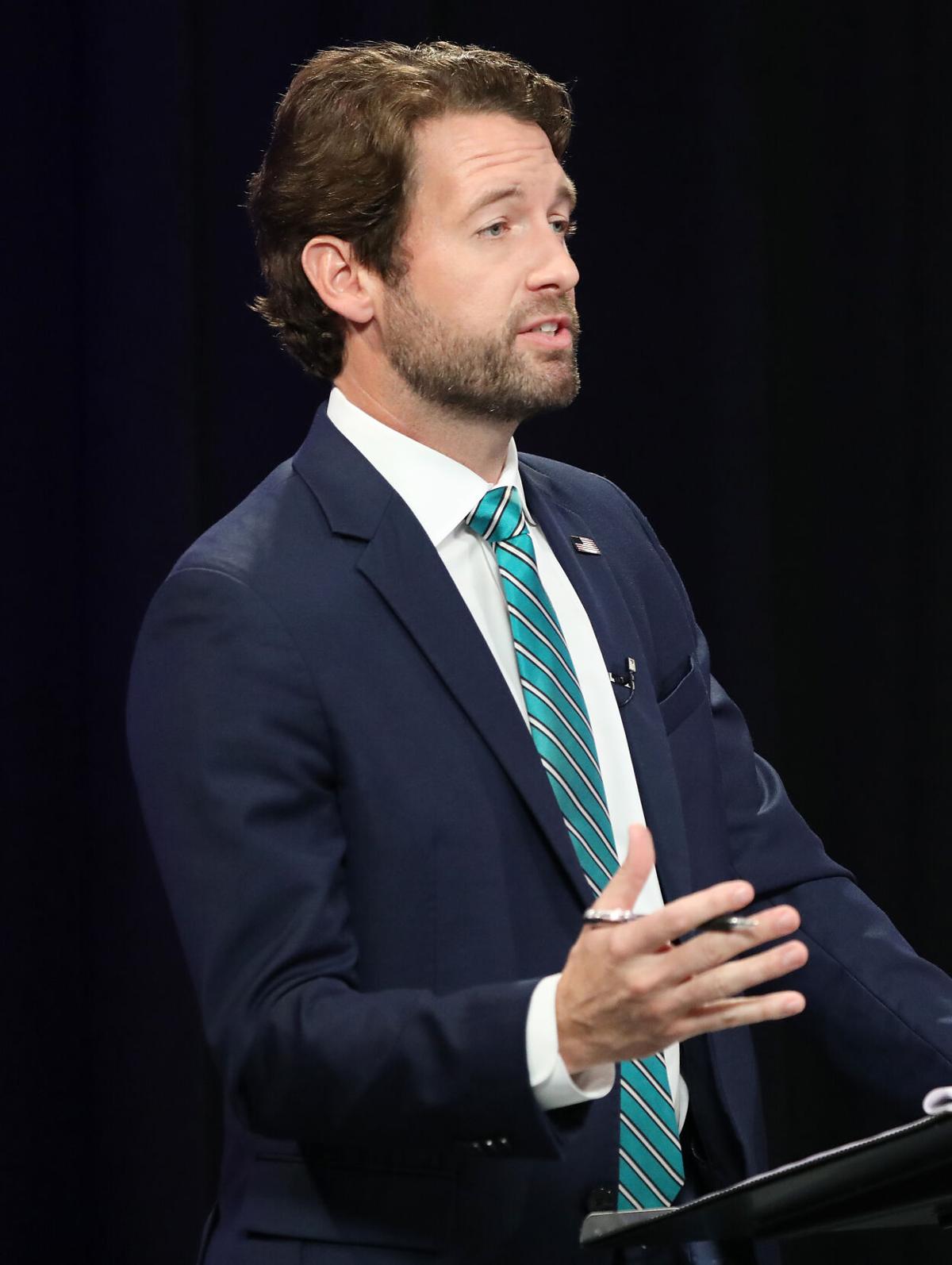 Cunningham said Mace missed nearly 30 percent of the votes in the South Carolina Statehouse in 2020, calling it a slam on her effectiveness as a lawmaker.

Mace accused him of going along with House Speaker Nancy Pelosi's agenda 90 percent of the time, a swing at the bipartisanship mindset he touts on the stump.

“She missed 55 votes just last week," Cunningham charged during their televised debate from the SCETV studio in Beaufort.

"If she can’t show up and do her job here in Columbia, she’s not going to be able to do her job in D.C.,” he said.

Another notable moment was when the subject of climate science came up as it related to repeated flooding in South Carolina's 1st District. The candidates offered wildly different answers.

Mace said scientific evidence on global warming is not clear-cut and likened it to when experts "once said the Earth was flat."

As far as Pelosi is concerned — her name came up repeatedly Monday — Cunningham tried to distance himself from the party marching orders by saying "the very first [vote] I took in Washington was against Pelosi for speaker."

Mace said the attempts were disingenuous because he's still a party Democrat who answers to the party hierarchy. She accused the incumbent of attacking working mothers, explaining that she missed some days in the Statehouse because of a sick child and having to homeschool.

"I missed a few votes last week because I'm a single working mom raising a family," Mace said. "You should be ashamed of yourself and disqualified because of this personal attack."

During the debate she added that "if voting with Pelosi 90 percent of the time makes you the most independent member of Congress, then we've set a new low bar for independence."

This exchange illustrated the contentious tit-for-tat that surfaced during their hour-long matchup.

Mace's tactic was to go on the offensive, trying to throw Democratic bills he's supported back at him. Cunningham countered by taking on traditional GOP talking points to show how he's more conservative than her.

He slammed her support of a fair tax that would create a 23 percent increase on some goods and services, and repeated that he was endorsed by the U.S. Chamber of Commerce, which has traditionally supports GOP candidates.

"It was a little bit of flipping the script," said Gibbs Knotts, a political scientist at the College of Charleston, in his analysis of their first debate.

"A Democrat accusing a Republican of raising your taxes isn't a typical tactic," Knotts said. "At this point, it's trying to get as many independent voters as possible. He reached out to the middle of the road voter slightly better than she did."

Cunningham was elected in 2018 ending the streak of GOP lawmakers elected from the state's 1st District for four decades. It's a district that overwhelmingly elected Donald Trump for president in 2016.

Mace, the first female graduate of The Citadel's Corps of Cadets and a Statehouse representative from Daniel Island, has been aiming to bring the district back in GOP control.

While the debate ran for an hour, both candidates often ignored the main premise of the questions offered by the two panelists and opted for personal attacks instead.

Mace doubled down on many national GOP talking points. When asked, she agreed with the notion that "Black Lives Matter" but added "all lives matter" as well in her response.

In a question about the coronavirus, she labeled China as a "bad actor" that started the deadly disease.

Cunningham tried to project himself as bipartisan.

In response to what he thought of the Black Lives Matter movement, he said "I do not support defunding the police."

When talking about COVID-19 response, he mentioned how small-businesses need the most assistance.

South Carolina's 1st District race is one of the most competitive in the nation, and major backers are coming out to put money in the fight. Since the last Federal Election filing in June, more than $6 million had been raised by both campaigns.

The next FEC deadline is Wednesday, and Mace's campaign said they've been working hard to close the gap.

Cunningham and Mace debate Monday night. Here are 3 things each candidate needs to do.

Cunningham and Mace will face off again at 7 p.m. on Oct. 6. inside Charleston Southern University Lightsey Chapel Auditorium for a debate hosted by news channel ABC 4.