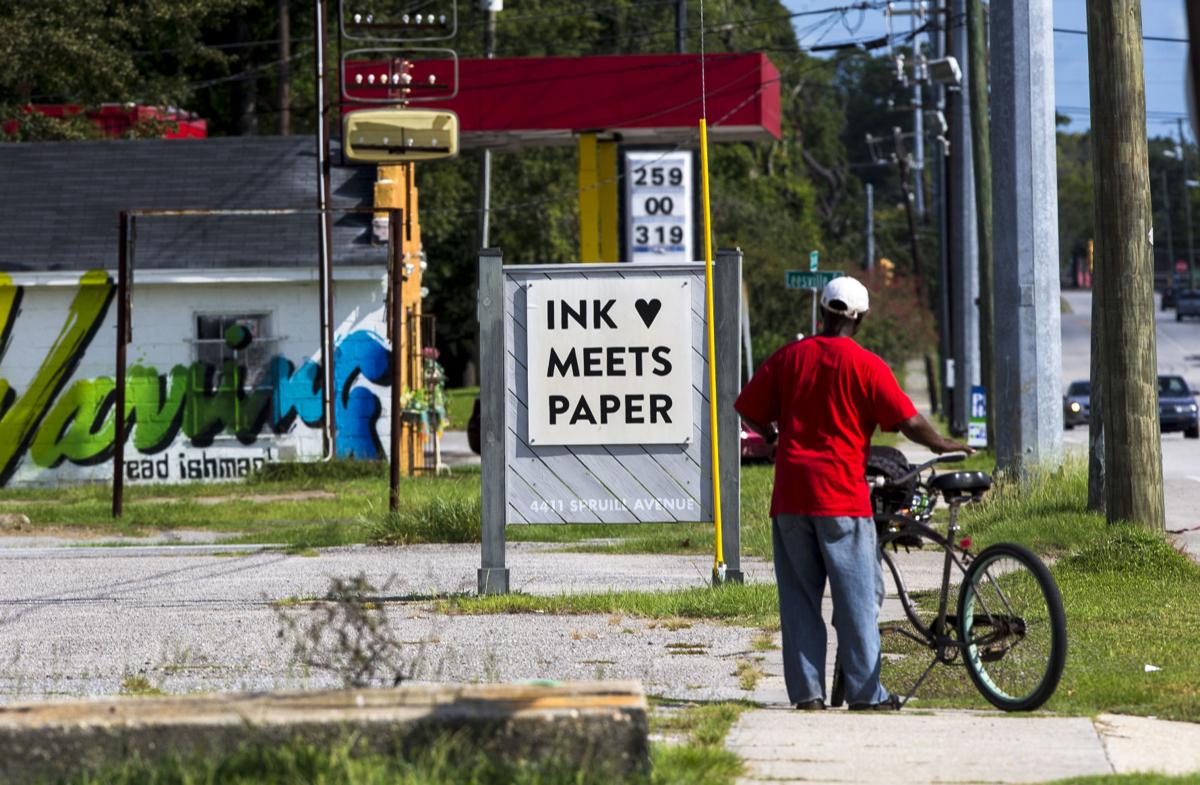 A cyclist stops on Spruill Avenue on Thursday, Aug. 22, 2019, in North Charleston. The city councilman who helped revive North Charleston's Park Circle area is up for reelection and could be booted by his district's success as new residents consider whether they want new direction in handling growth, crime and environmental preservation. Andrew J. Whitaker/Staff 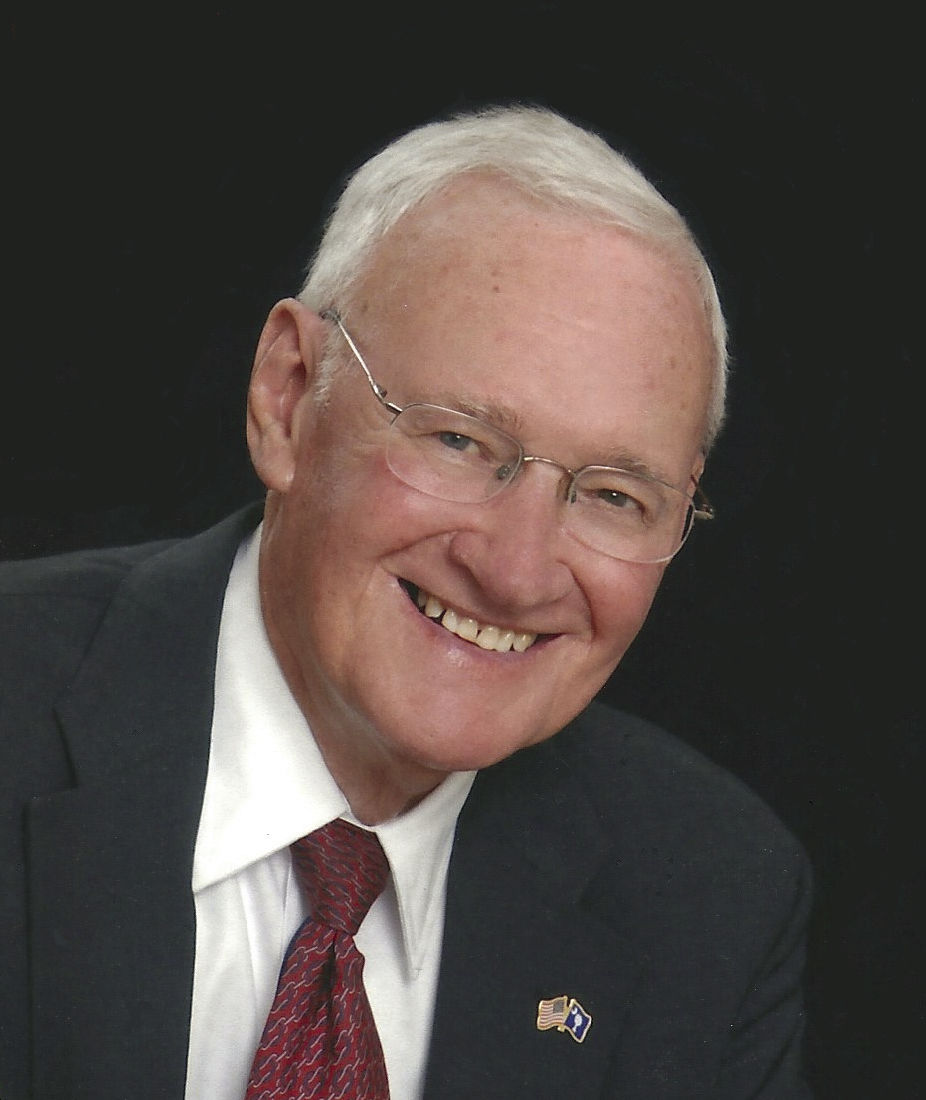 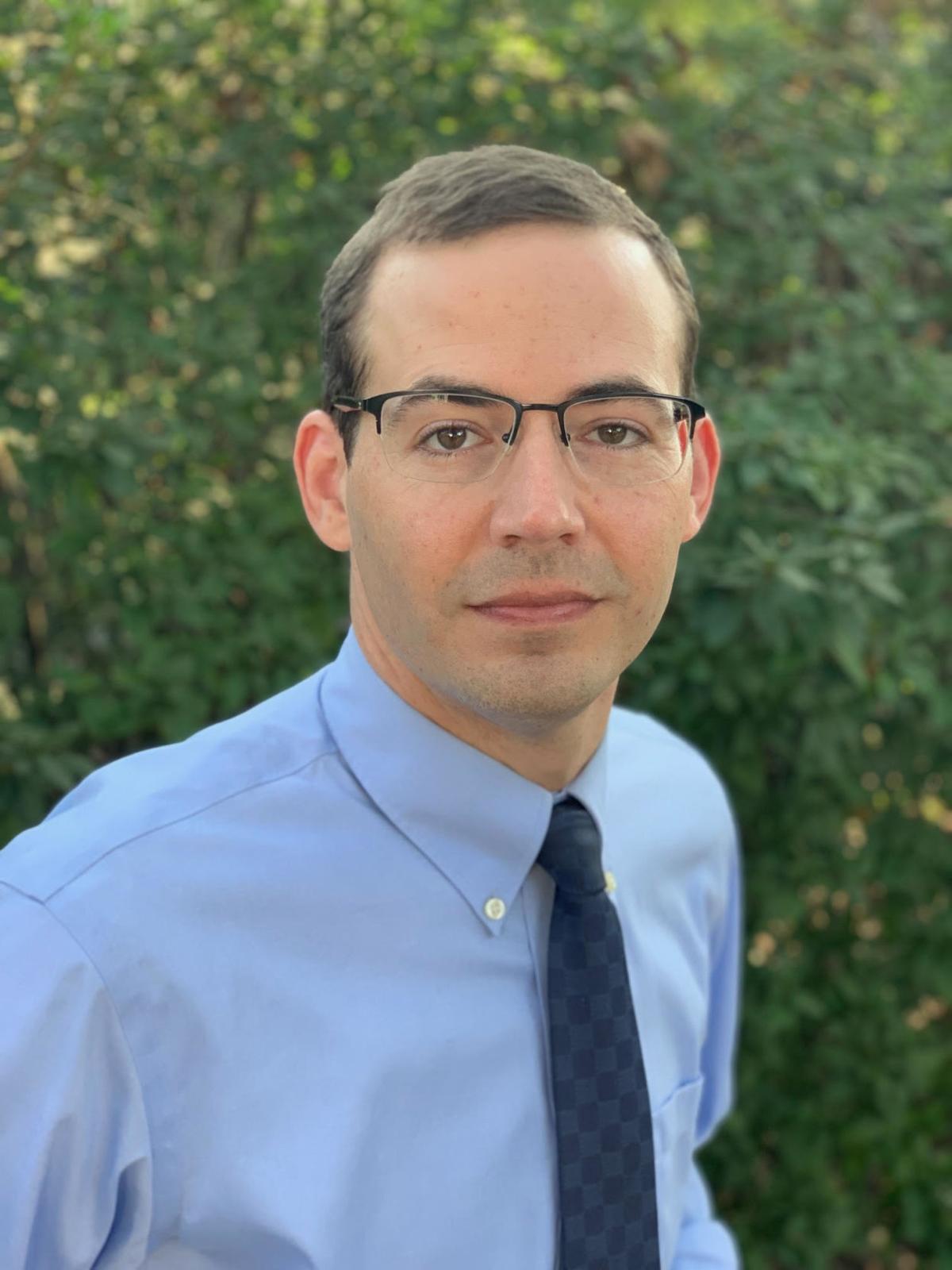 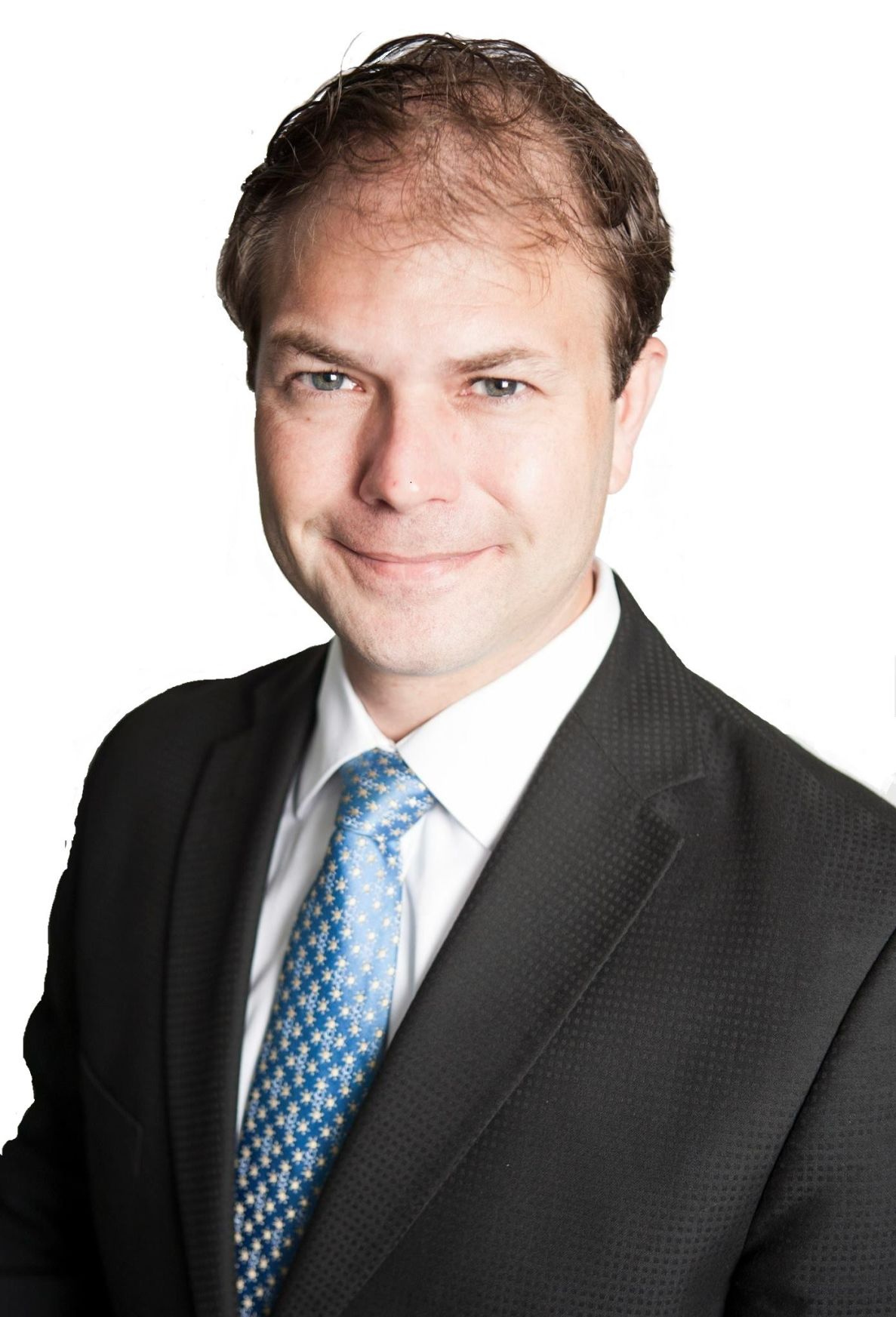 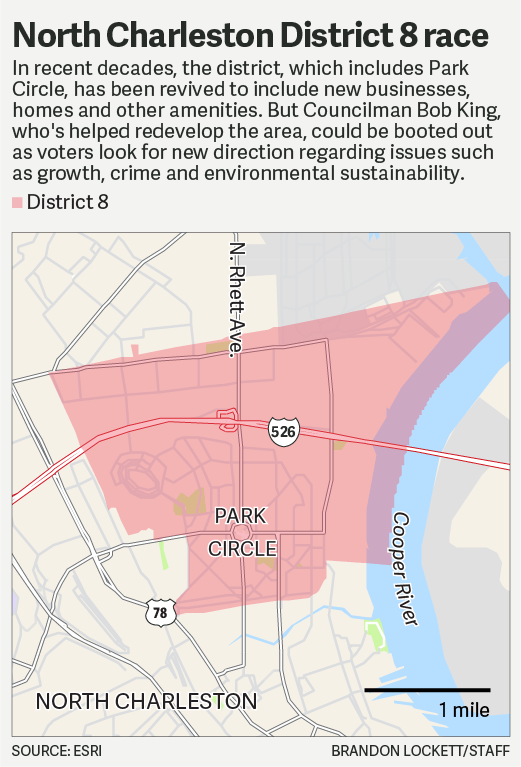 The once quiet, residential community around North Charleston's Park Circle has transformed into one of the region's most popular spots.

In recent decades, empty lots and abandoned buildings in the Park Circle and East Montague Avenue area have been replaced by thriving restaurants and breweries. New and affordable homes and apartment complexes have attracted young families and millennials.

But the city councilman who helped revive the district is up for reelection and could be booted by his district's success as new residents consider whether they want new direction in handling growth, crime and environmental preservation.

Bob King, 84, was first elected to City Council in 1998, and faces two challengers in the city's Nov. 5 elections.

Both Gordon Garrett, 39, and William Parker, 43, say the city has paid enough attention to growing the now-vibrant corridor and it now should focus on quality-of-life issues, such as the district's drainage and its low-income neighborhoods, where crime remains a constant reality for residents.

Some residents suggest it may be time for new, younger City Council representatives who would reflect the communities they serve.

In the past, though, voters have seemed content with King's leadership. In the 2015 race, King bested Tasha Gandy and Marvin Pendarvis, D-North Charleston, a lawyer who was elected to the S.C. Legislature two years later, with 46 percent of the vote.

The district has also shown relatively strong voter interest. Almost 64 percent of the district turned out in the city's 2015 election, compared to neighboring District 7, where about 35 percent of voters turned out.

What also could help King is support from Mayor Keith Summey, who King said encouraged him to run for re-election. King has not always seen eye to eye with the mayor but they've forged a very familiar, working relationship over the years. A quick ride through the district, where Summey also lives, reveals several front lawns dotted with campaign signs in support of Summey — and some with signs for Summey and King.

King, drawing on his years of service, said he feels he's still the person for the job. He points to projects, such as the abandoned North Charleston Garco Mill that's being turned into a new mixed-use development that will include 60,000 square feet of office space and 20,000 square feet for a food hall.

He also highlights what's being done to help manage the area's increased traffic, such as the city's efforts to get the State Department of Transportation to transfer ownership of Spruill Avenue to the city so it can do projects like installing bike lanes there.

"My fingerprints are all over this district," he said.

King, who previously was elected as Charleston County's register of deeds, also touts the amount of time he has to address the issues. He defines himself as a "full-time councilman" who doesn't play golf and responds to residents' concerns during the day.

Ray Borkman, who previously served as the neighborhood president of Oak Terrace Preserve for five years, attests to King's flexibility and commitment.

Borkman recently emailed King on a weekday morning after reading a news article about trees being trimmed by utility companies. Borkman was concerned because he had recently bought a home with a 150-year-old live oak on the property.

King soon dropped by Borkman's house to examine the tree and hear his concerns.

“He’s been pretty committed to the district," Borkman said.

Borkman plans to vote for King, but he acknowledged that North Charleston is changing and the time is coming for new people to take leadership. He added that while neighborhoods like Oak Terrace Preserve are well-off, there are depressed pockets nearby, and “there doesn’t seem to be much of an effort to bring those communities together."

“I do acknowledge that we’ve had a lot of the same folks in the same positions of power," Borkman said. "It might be time for the representation to look a little more like the constituency, in terms of youth, gender, and ethnicity.”

Environmental preservation is also a growing concern among some voters here, such as Megan Huber.

Huber, who recently moved to the Factory at Garco apartments in the Park Circle area, hasn't had time to examine the District 8 candidates. She plans to do some research and vote in November. The League of Women Voters will hold a candidate forum at 6:30 p.m. Oct. 21 at North Charleston City Hall.

Huber said politicians should approach growth with sustainability in mind. The city should also want to redevelop some of the communities that have been left out, Huber said.

"We can rebuild what we have," she said.

Garrett agrees and says that's a reason he is vying for the District 8 seat. The local attorney noted North Charleston's focus on reviving the Park Circle region for the past two decades, but he said the city now should turn its focus to issues like establishing green spaces and affordable housing.

He said addressing crime should not solely fall on the shoulders of the city's Police Department, but City Council could increase funding for programming at community centers, which could curb youth idleness.

Garrett credited King's past leadership but noted that what's at stake is larger than a single district.

"Preference needs to be for the people who haven’t received city services over the years," he said.

Once a hotbed for crime, North Charleston's Spruill Avenue seeing wave of revitalization

Parker, an entrepreneur who owns a landscape business as well as an insurance firm, said he is running for City Council to represent residents' concerns around issues like flooding, the Interstate 526 corridor expansion, crime and other problems.

He said the current leadership is not environmentally conscious enough and added that the Interstate 526 expansion — a years-long project the state is working on — would exacerbate the current drainage issues already being realized in Charleston Farms.

“It could destroy a large part of livability," he said.

Crime is of major concern to Charleston Farms resident Barbara Brant-Williams. The neighborhood, which saw two murders last year, already has seen double that number so far this year.

Brant-Williams, who intends to vote for John Singletary in the mayoral race, hasn't decided on a City Council candidate, though it'll be between Garrett and Parker.

"We're tired of it," she said about the crime.

Unlike council races in the city of Charleston, where the top two candidates meet in a runoff if no one gets more than 50 percent of the vote, the North Charleston District 8 candidate who gets the most votes on Nov. 5 will win.

The League of Women Voters of the Charleston Area and other local groups plan to hold several municipal candidate forums across the region.

These nonpartisan forums are free and open to the public. Voters will have a chance to meet the candidates and ask questions.