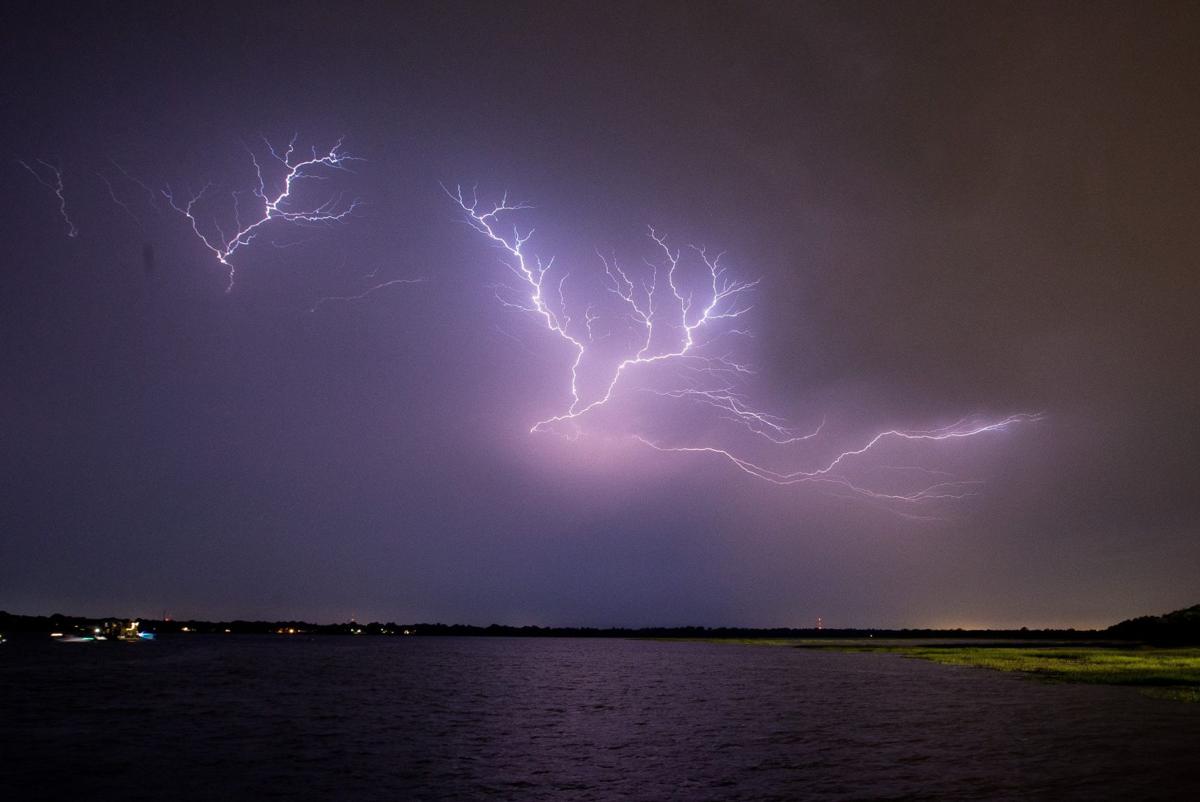 Lightning flashes across the sky in Charleston on Wednesday, July 3, 2019. One person was fatally struck and two injured by a lightning strike on the afternoon of Thursday, July 4 at the Black River near Andrews. Andrew Whitaker/Staff 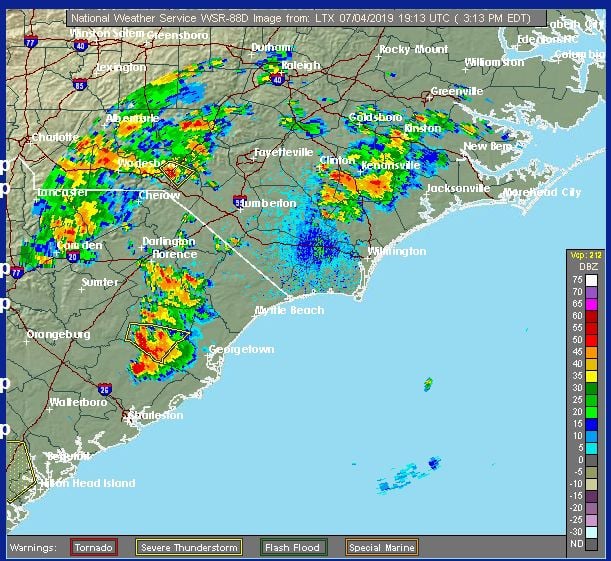 Lightning flashes across the sky in Charleston on Wednesday, July 3, 2019. One person was fatally struck and two injured by a lightning strike on the afternoon of Thursday, July 4 at the Black River near Andrews. Andrew Whitaker/Staff

One person was fatally struck and at least 11 others injured by lightning Thursday afternoon at a popular Black River gathering spot.

They were part of a large group under a tree struck when repeated lightning bolts erupted during a "pretty bad thunderstorm," said Tony Hucks, Georgetown County Fire and Rescue assistant chief. The people under the tree were shocked by the force of one of the blasts, according to the Associated Press.

The strikes were among the earliest trouble as thunderstorms blew up across eastern and coastal South Carolina in the afternoon hours.

In Moncks Corner, parts of the roof were torn from the state Department of Motor Vehicles office on U.S. Highway 52, according to the Berkeley County Sheriff's Office.

The National Weather Service Office in Charleston received a number of reports of a possible tornado but couldn't immediately confirm whether one had touched down, said meteorologist Brittany MacNamara. Radar evidence didn't indicate a tornado.

Three people struck by lightning near the river were taken by ambulance to Tidelands Georgetown Memorial Hospital, including one in cardiac arrest, Hucks said.

That person later died. He was identified as 44-year-old Ryan Gamble of Andrews, according to AP. In late reports from the hospital, a total 12 people were injured. In addition to Gamble, eight were in fair condition and three treated and released, said spokeswoman Dawn Bryant.

Afraid of rip currents at Charleston beaches? Statistics show you should be.

The strike occurred in the Lawshe Plantation near Andrews, said meteorologist Dave Loewenthal, with the National Weather Service in Wilmington, N.C. The community is located off Indian Hut Road. A sandbar and beach are frequented by local residents, according to AP.

Struck by lightning on Isle of Palms, a woman's heart stopped. The race for life was on.

"There's been lightning all over the place for about five hours," Loewenthal said.

Lightning is an under-appreciated threat during storms. About 70 people are killed and 300 injured in the United States every year, according to the Weather Service. An estimated 25 million cloud-to-ground lightning flashes occur.

Four people struck by lightning Sunday on Isle of Palms

In July 2018, two adults and a child were struck while in the water at the Isle of Palms, one of them critically. A year earlier, four people were injured on a beach boardwalk in the same city.

A cloud-to-ground lightning bolt is 300 million volts, according to the Weather Service. Typical house electricity runs at 110 to 120 volts. Lightning bolts are said to be five times hotter than the sun's surface.

Initially thought to be a tornado by county officials, the National Weather Service later confirmed that at 4:15 p.m. intense winds caused by a thunderstorm, known as a microburst, slammed a collection of commercial buildings off Highway 52. The DMV office is closed until further notice.