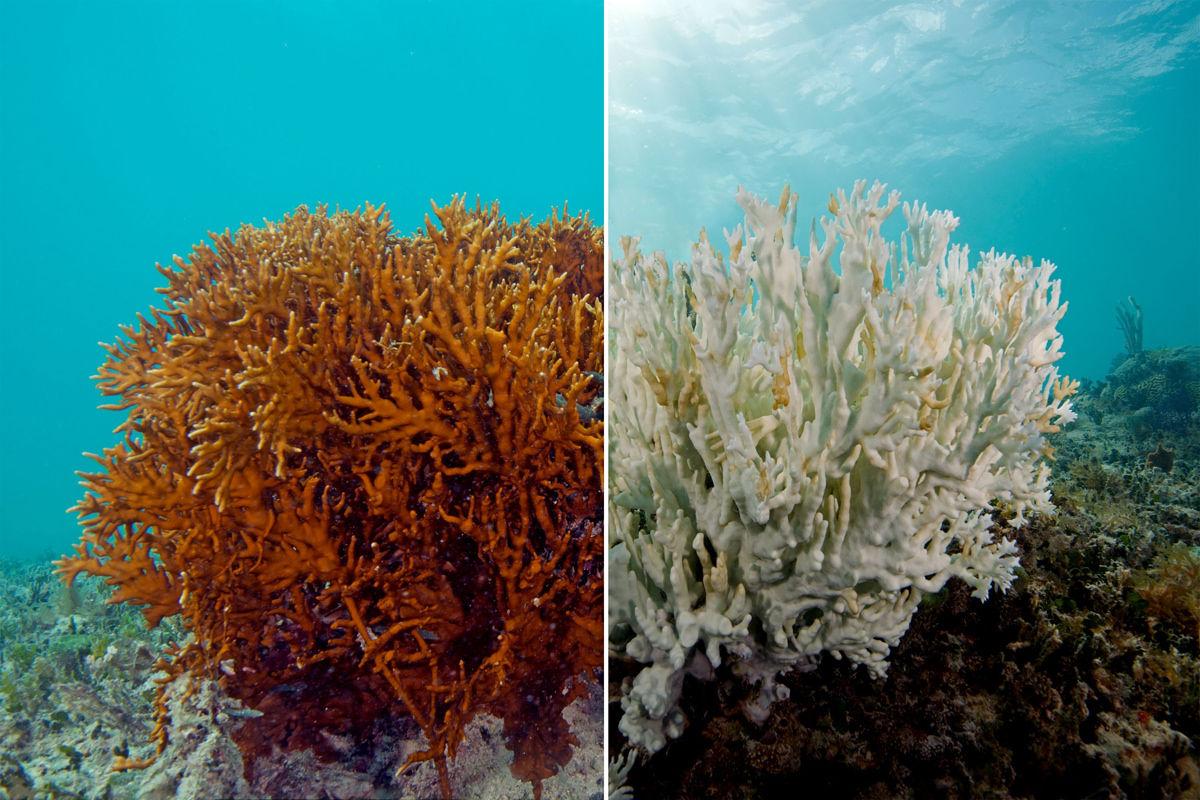 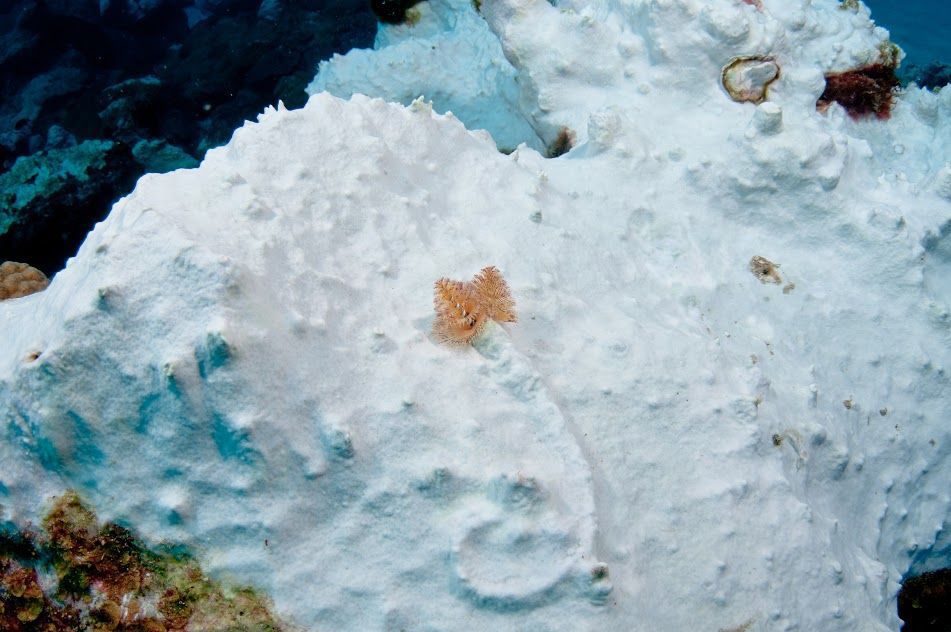 Bleaching, the whitening of coral as its organisms die, is caused by the acidification of ocean waters from fossil fuel burning. It's occurring offshore. Provided

Bleaching, the whitening of coral as its organisms die, is caused by the acidification of ocean waters from fossil fuel burning. It's occurring offshore. Provided

Gray's Reef is a run of small ridges in the ocean off northern Georgia that looks like a Western rock canyon underwater. It's swarmed by a stunning diversity of more than 300 different kinds of marine creatures and fish. And it's more threatened than any one expected. The entire Southeast coast is.

The ocean water there is acidifying — becoming more corrosive, more poisonous — even faster than the air above it, where the acid is supposed to be coming from. There must be other sources. Finding them could be key to protecting marine life and a multi-million fishing industry and food source.

That in a nutshell is why the newly formed Southeast Ocean and Coastal Acidification Network met in Charleston this week to work out priorities for monitoring and research.

Its goal is to pull together “the state of the science” as it applies to the Southeast, bring in commercial anglers and other interests for their in-the-field observations, then develop plans to prevent the sort of ecosystem collapse that occurred on the West Coast with shellfish, according to organizer Debra Hernandez in an earlier story.

Acidification is occurring because fossil fuel burning is dropping carbon dioxide in the water, which eventually absorbs nearly one-third of the emissions. Chemical reactions from it leave the water more acidic, depleting shellfish such as shrimp and oysters, as well as “baseline” creatures: mollusks, phytoplankton and zooplankton that are fed on by food fish for larger species.

The loss of them would be a potentially catastrophic push in a cascading effect that could deplete the entire food chain, including the food humans eat. It's a problem that The Post and Courier wrote about in "Every Other Breath."

The lack of diversity in commercially caught marine species makes the $21 million industry in South Carolina very vulnerable to more acidic waters, but there’s no conclusive data on what the hazards are here, whether and how species might adapt.

Acidifying waters already are killing coral reefs off Florida and coral has begun to bleach, or whiten as its organisms die off the South Carolina coast.

Across the Southeast, commercial fishery and hatchery production are declining. Shellfish such as crabs appear to be declining, too, and shrimp might be. Research hasn’t been completed yet to see if acidity is a factor. But at least one researcher is a little staggered at what has been found at Gray's Reef.

When Scott Noakes, University of Georgia marine scientist, started 10 years ago monitoring acidification at the reef, he expected he would collect baseline data for later research that would show the acid incursion. He didn't expect he would see it happening in front of his eyes, he said.

"Yes, it is occurring. We know the water chemistry is changing. There is certainly some cause for concern," he said. Among the causes of the faster acidification likely are rivers and storms.

Research has tracked acid-laden freshwater from the Altamaha River in Georgia to the reef, Noakes said. And major storms such as hurricanes have stirred into the water acid that had been stored in the bottom sediment, previously thought to be a mitigating factor in ocean acidification.

As the climate continues warming, those storms are expected to keep intensifying. And there might well be other sources of the acid. Learning them could be pivotal to dealing with it.

A bright spot is that organisms on the reef have adapted already to a seasonal cycle of more acidic water in summer and less acidic in the winter, Noakes said. They are hardier than Gulf organisms. But acid in the atmosphere above the ocean is now at 400 parts per million, he said, higher than it's been in human history.

"How much higher can it go (before the organisms can't adapt) — that's where the real concern comes in, and we really don't know where that point is," he said.

Charleston's Coral Reef from The Post and Courier on Vimeo.