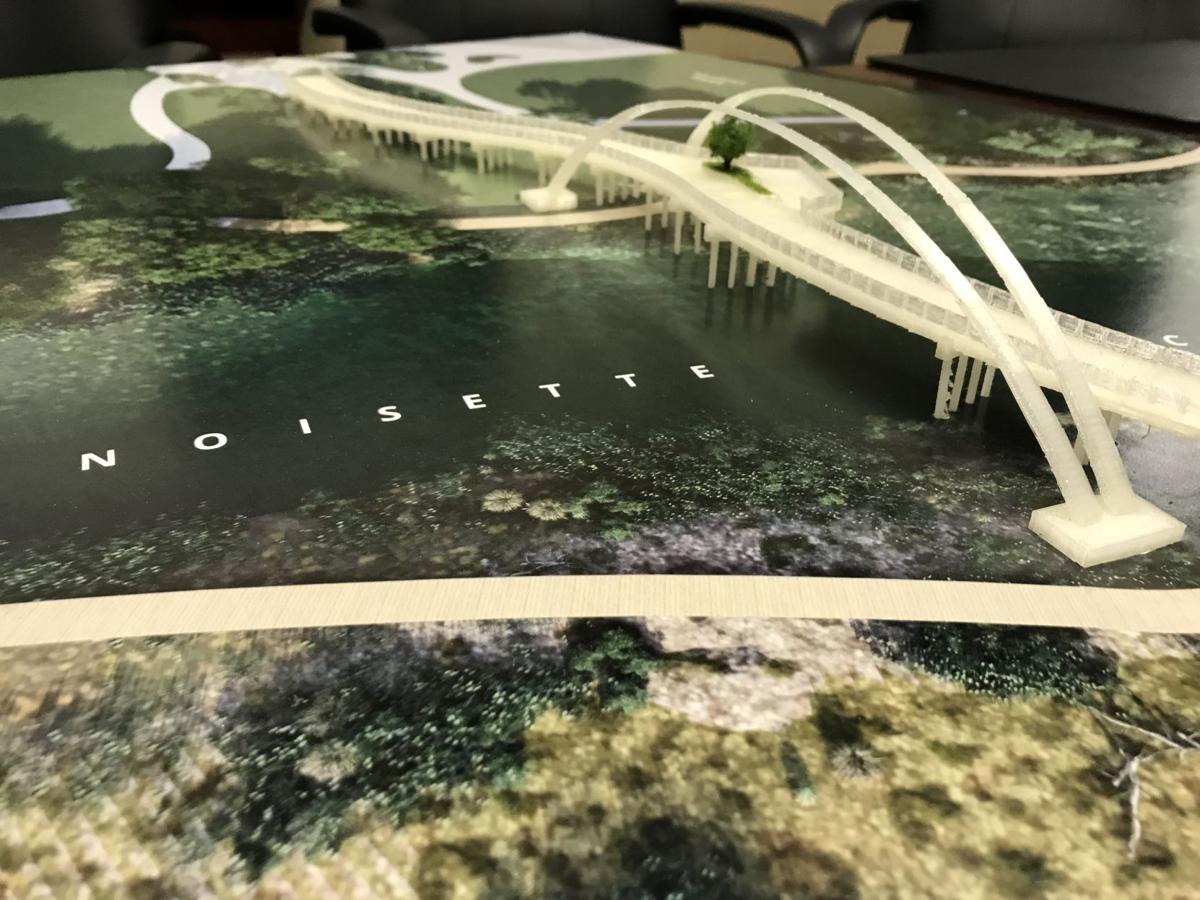 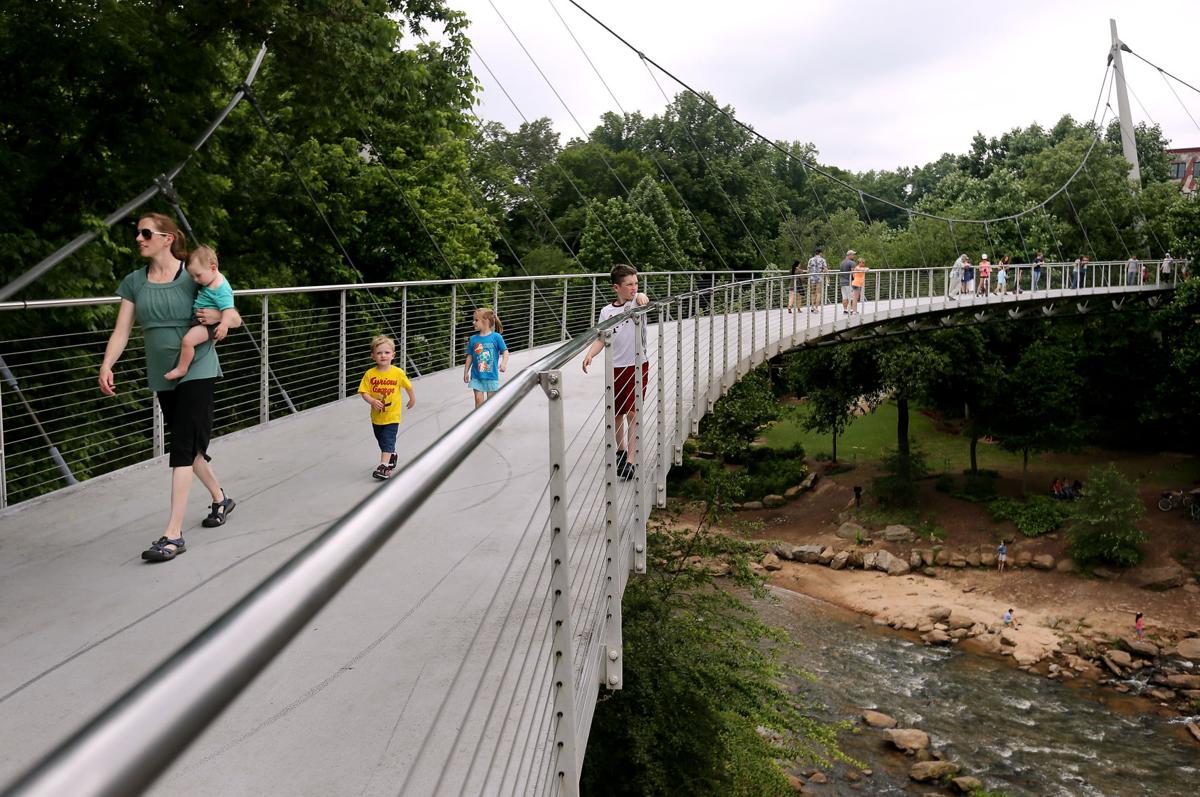 North Charleston plans to start work this year on a $6 million pedestrian bridge across Noisette Creek, giving the city a new civic icon and a first step toward expanding its popular Riverfront Park to the north.

"I would love to have it not for this Fourth of July but for the following one," Mayor Keith Summey said, adding he definitely expects it in place by the city's 50th anniversary in 2022.

Thomas and Hutton, an engineering and design firm, has been working with the city on a new master plan for the base's northern end. It also designed the bridge, which features two prominent steel arches and a small bump-out that serves as a gathering place over the creek.

It was inspired partly by Santiego Calatrava's Alameda bridge in Valencia, Spain, as well as the Liberty Bridge across Greenville's Reedy River, said landscape architect Steve Dudash with Thomas and Hutton.

"This is the linchpin for the success of North Charleston’s end of the Navy base," Dudash said. "If everything goes according to our plan, we’ll be walking across that bridge in 2020."

Summey said the city would pay for the bridge with money from a tax increment financing district. The city currently is seeking the necessary state and federal permits.

The bridge would span about 392 feet, slightly longer than Greenville's Liberty Bridge. It would be supported by concrete piers and would accommodate pedestrians, cyclists and golf carts. It would not be open to cars but could handle an occasional service vehicle.

Summey said, most importantly, the bridge would allow the expansion of Riverfront Park to the north, on property currently defined by old warehouses and open space.

Enlarging the park would help solve an emerging problem for the city. Riverfront Park is one of its premier venues for big events, such as its annual July Fourth celebration and the High Water Festival.

"The park has become so dang busy," he said, "but we don't want to get it so busy that it's not a public park." Once redeveloped, the new northern section of the park could assume most of the load as an event venue.

"There’s a conflict of sorts with the intensity of what’s happening with the park," Dudash added. "It's great for the city of North Charleston to have all this activity, but, as it grows, it’s going to put more pressure on this historic area. The sooner we can get this bridge in and move these activities over the other side, the better."

If the park were accessible for pedestrians from the north, that would solve another problem: a lack of public parking near the park's existing southern entrance.

City Councilman Bob King cited that parking bonus as one reason why he favors the bridge.

The proposed design includes a walkway that winds much like the park's existing paths. Its double arches ensure it would become the city's most scenic bridge. Dudash said they serve no structural role, but those approaching the bridge from the north could look through the arches to see a tower on the Ravenel Bridge in the distance.

Thomas and Hutton has been helping the city plan for revitalizing 70 acres on the base’s northern end, and its early draft not only includes the park expansion north of Noisette Creek but also a dense node of new mid-rise development with restaurants, shops and apartments and a new path along the creek from the park to Rivers Avenue.

The city of Charleston began building the park at the close of the 19th century, but work stopped shortly after that. The city agreed to sacrifice the park so a new Navy base could be built there in 1901.

Bare Knuckle Fighting Championship, the first organization to hold these matches, will hold its first contest in the state in Myrtle Beach. The South Carolina Athletic Commission licensed bare-knuckle boxing in October.    Read moreBare-knuckle fighting comes to SC. And it's legal.