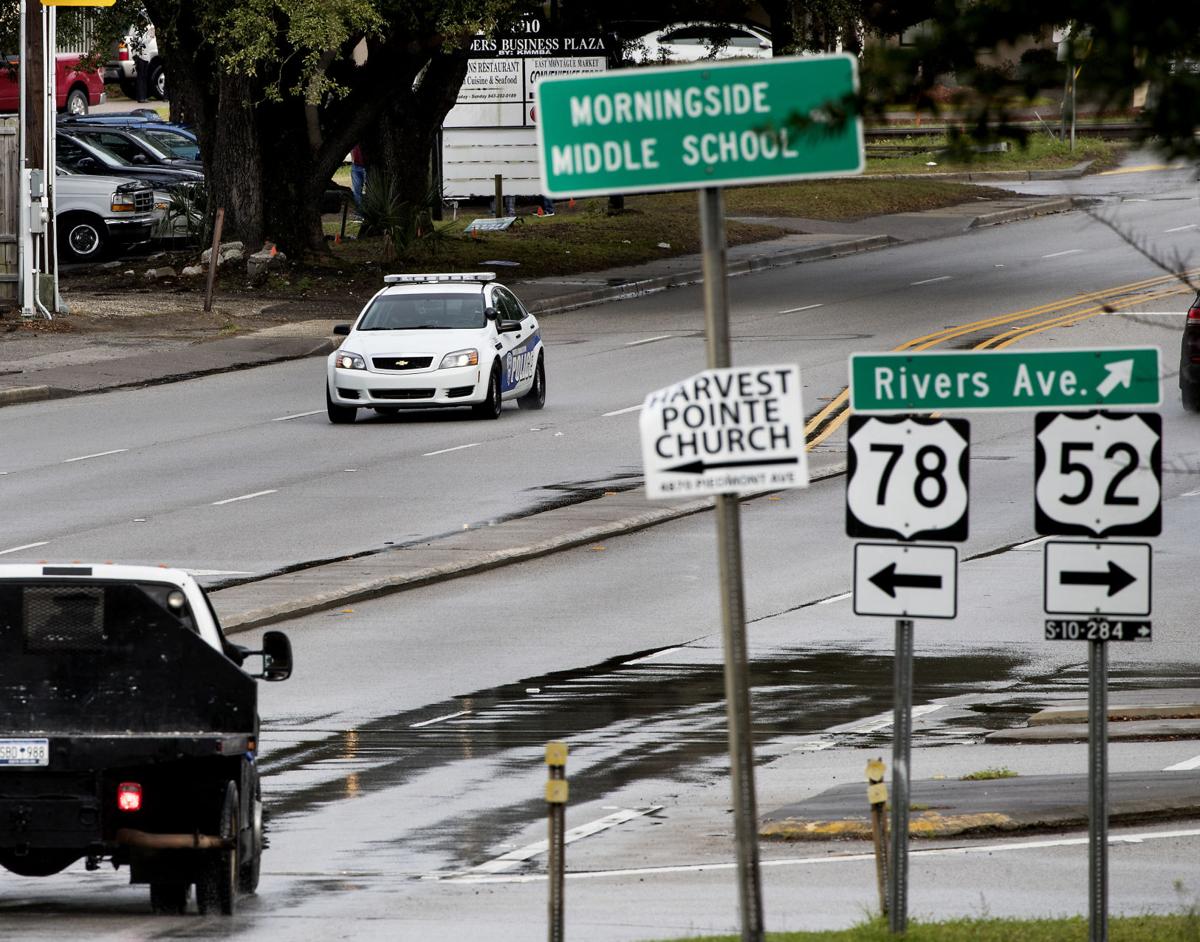 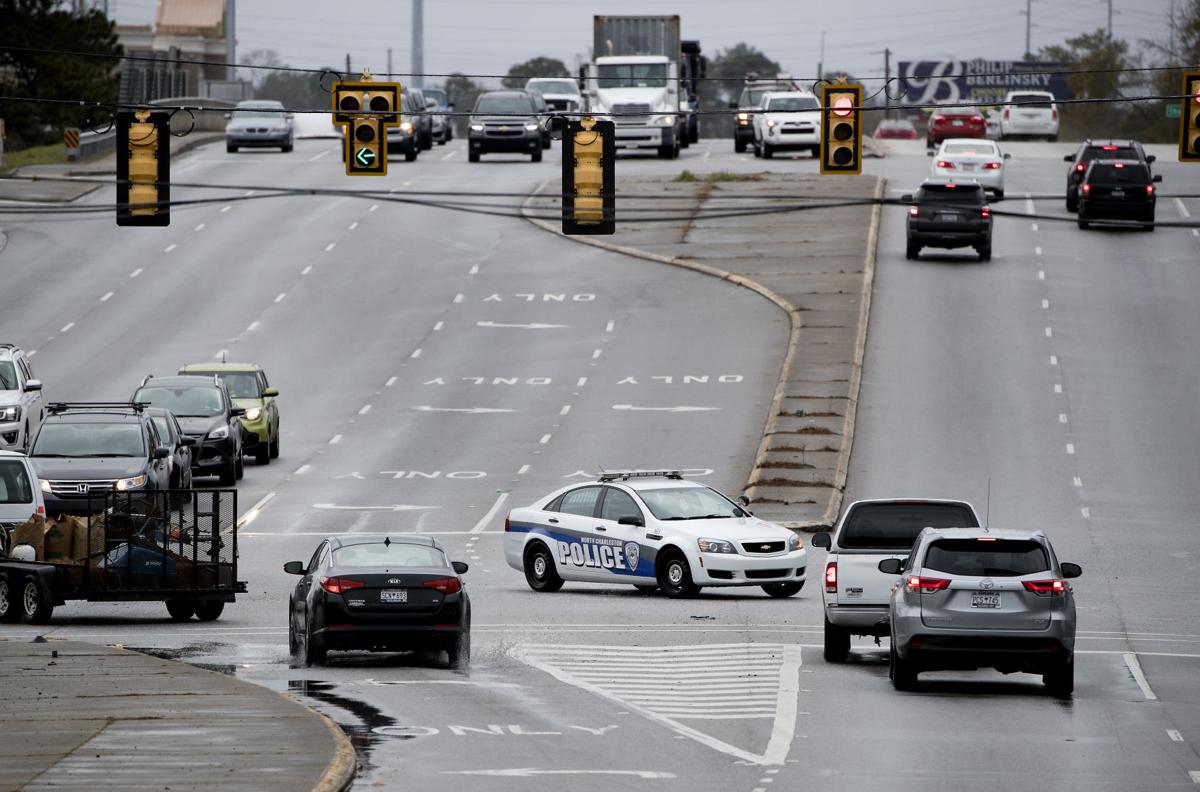 It's been nearly four years since an interfaith activist group called for a racial bias audit of the North Charleston Police Department, spurred by concerns that arose in the wake of the 2015 Walter Scott shooting. So far, the proposal has gained little traction with city leaders.

In May 2019, the city's Citizens' Advisory Commission on Police-Community Relations also recommended an audit. Buoyed by the success of Charleston's recent police audit, activists say they plan to redouble their efforts in North Charleston in the coming year.

Commissioners were appointed to three-year terms, which expired at the end of 2019.

In a letter to commission chairman Daniel O'Neal dated Jan. 7, Mayor Keith Summey thanked members for their service and said the commission helped the city meet significant challenges faced by the city.

The letter did not say whether the group would continue with new members.

"If at some point in the future, the city decides to have another group, we will take into consideration all the insights you have provided," Summey said.

When asked via email whether the city would renew the commission, the mayor did not answer directly. Both he and Police Chief Reggie Burgess have said they're proud of the work their department has done to improve community relationships. Neither dismissed the possibility of an audit.

"We’re consulting with the Department of Justice through the Police Foundation on the matter and asking for their counsel on a holistic review of the department, as well as continued implementation of the DOJ Community Oriented Policing Services recommendations," Summey said in an emailed response to The Post and Courier. "Our goal remains to keep the police department and the community moving forward."

Officers' relationship with the community "is at an all-time high," the mayor said. North Charleston's police ranks are fully staffed at a time when many departments across the country struggle finding sufficient personnel and the department has implemented several programs born from public input.

Summey pointed to the advisory commission — Cops Athletic Program and RECAP, or Rebuilding Every Community Around Peace — as successful initiatives that have helped restore trust in communities that have historically been wary of law enforcement.

The department also launched a variety of training programs aimed at addressing racial bias, gender equality and other subjects, the mayor said.

"Police work is ever-evolving, and the (department) will continue to rely on and move forward with the valuable lessons learned from the (advisory commission) and the Police Foundation," Summey said. "Most importantly of all, we’ll continue listening to the community we serve."

Burgess did not respond to questions for this story, but in previous statements, the chief said he is not opposed to an audit.

At a commission meeting in May, the chief said he wanted time to work with DOJ on technical assistance and collaborative reform initiatives.

"I have no problem with the audit, but let us get through what the Department of Justice has given us," Burgess said.

He said North Charleston police went through an experience no other law enforcement agencies in the Charleston area has gone through after the April 2015 Walter Scott shooting — in which a white police officer shot a black man in the back several times after a traffic stop. He was sentenced to 20 years in federal prison in a plea deal that led to state charges being dismissed.

A year after the shooting, the Charleston Area Justice Ministry called for North Charleston and Charleston police to hire outside firms to conduct racial bias audits.

Minority residents had long complained about being targeted for minor traffic stops by officers, and Scott’s shooting sparked calls for a sweeping civil rights investigation of the North Charleston Police Department.

But before the review could be completed and the report released, then-Attorney General Jeff Sessions put an end to such initiatives in September 2017. The Justice Department refused to release a draft report from the North Charleston review.

With the probe dead in the water, Driggers got the federal agency to agree to a technical assistance program.

Meanwhile, in Charleston, city leaders agreed to fund a racial bias audit and hired Virginia-based firm CNA in late 2018 to conduct the review. CNA's final report was released last November and highlighted a number of areas for improvement in the Holy City's police force. It also found racial disparities in traffic stops and officer use of force.

Most complaints about officer conduct are made by black residents — a fact that the chief has also noted — and conducting an audit would give authorities the tools needed to improve those relationships.

Burgess has said he works hard to make sure the department addresses those complaints when they arise, and promptly investigates any complaint that's made.

If an officer is found to be operating within protocol, the chief said he has directed internal investigators to make sure the resident who submitted the complaint understands why that is. Investigators walk through the department's policy manual with the complainant and, if necessary, set up mediation between the officer and the resident to make sure that person's concerns are addressed.

Scott, who was an original member of the advisory commission but left after less than a year, praised the group's work under difficult circumstances.

"They really tried hard to do their work, but they didn't have complete autonomy," she said. "North Charleston really needs an audit."

Despite the challenges, Scott said she's hopeful, and she is continuing to meet with city and police leaders.

"As long as there are conversations going on, something can happen," Scott said. "I won't go away. As long as there's breath in my body, I will keep believing that something's going to happen."

Ed Bergeron, co-president of the Charleston Area Justice Ministry, said he sees North Charleston officials' reticence to conduct an audit as a form of denial.

Officials, officers and the community know that there continue to be issues with how members of minority communities are treated during traffic stops and other interactions, Bergeron said. The failure to release the findings of the DOJ report conducted after the Walter Scott shooting added fuel to growing feelings of dissatisfaction.

The Justice Ministry plans to take up the issue of a North Charleston audit at its Nehemiah Action assembly on March 30, he said.

"Why would you resist something that offers the opportunity to improve and provide a better service? Pretty much every workplace I've been in, there are annual performance reviews," Bergeron said. "It's a way of making sure we're living up to standards."

Mavis Huger, an attorney and Justice Ministry member, pointed to Charleston's audit and said that the group aims to show that North Charleston officials have nothing to fear from a probe.

"They're afraid it's going to turn into a lot of blaming and finger pointing," Huger said. "That's not what it is. It's about best practices. The idea is that, looking at the model from the city of Charleston, they kind of have a road map of things that need to change at a systemic level. I think the city of North Charleston could use that as well."

Charleston police disproportionately pull over black drivers. Here's the plan to fix it.

While she recognizes that the department has instituted a number of programs, like RECAP, that are starting to show results, having an audit will help the city measure the success of those programs, she said.

If the city does fund an audit, the Justice Ministry will commit itself to ensuring that the residents who need to be heard from the most, residents of minority communities most likely to have negative interactions with police, are integrated into the audit process, Huger said.

She credited Burgess for being open to discussing the audit and other opportunities for improving community relationships and hoped that the relationship can continue.

For now, however, the future of an audit in North Charleston remains uncertain.