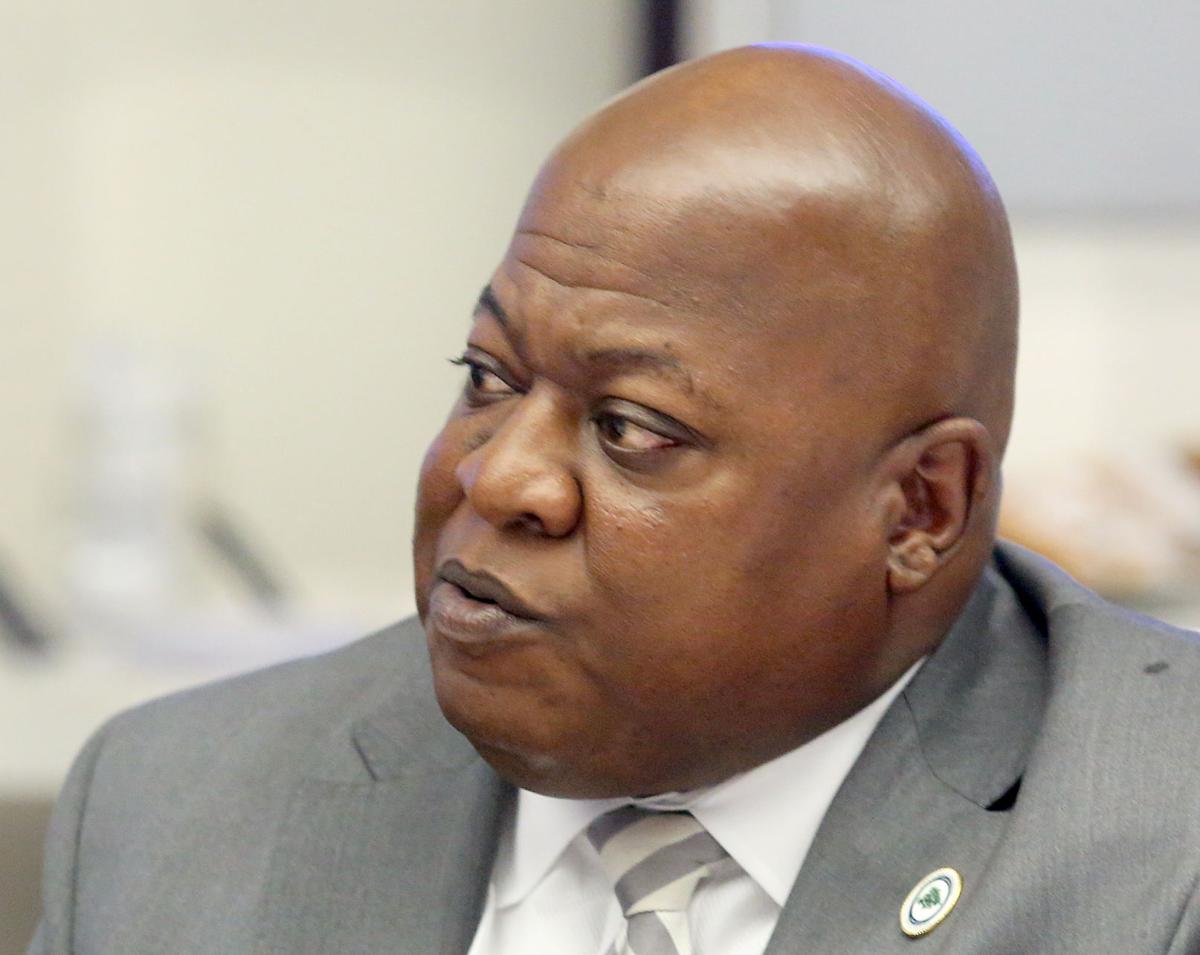 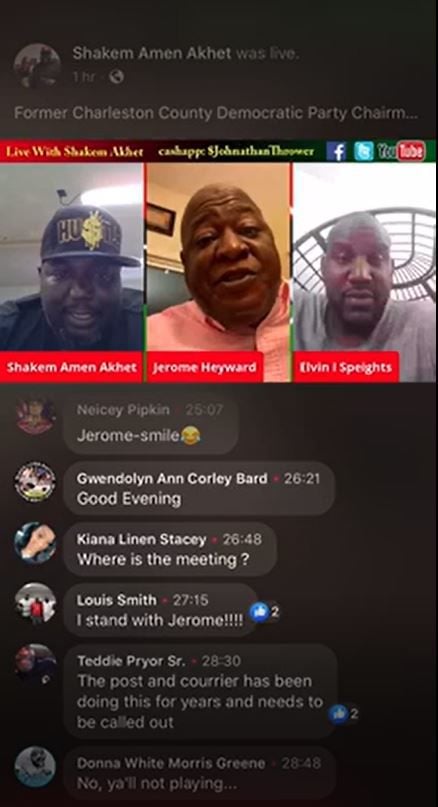 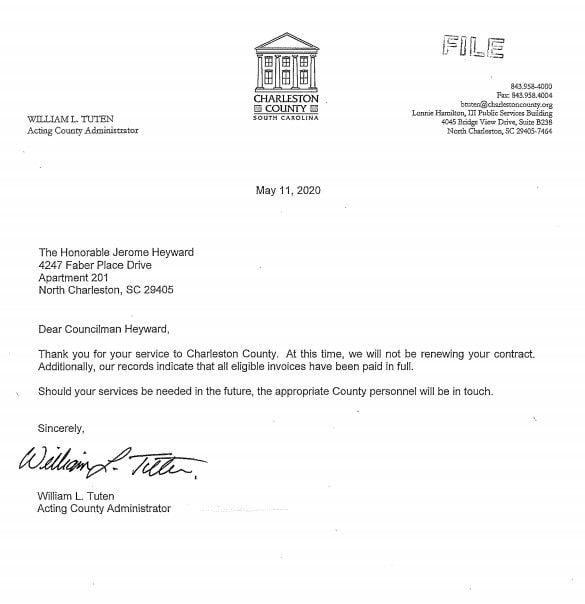 Jerome Heyward's contract was not picked up in May, according to this document obtained by The Post and Courier. Provided

A sitting North Charleston City Council member said in an online video that he would use an “AR” against The Post and Courier a day after the news organization published a column on July 4 about his relationship to Lowcountry governments.

Jerome Heyward, 57, is a North Charleston City Council member representing District 5, which straddles much of the north bank of the Ashley River through the city. Heyward also sits on the Charleston County Aviation Authority.

A Sunday column in the newspaper and published online provoked his outburst during a Sunday night Facebook Live conversation.

“So don’t sit there thinking you the only ones got an AR and you ain’t the only ones got hunting buddies. The only thing y’all hunting are rabbits and deer and I won’t say what we gonna be hunting. And you can put that in your pipe and smoke it.”

AR is likely a reference to the AR-15 semiautomatic rifle. Such rifles have been used in numerous U.S. mass shootings, including at Sandy Hook Elementary School in Connecticut in 2012, the Mandalay Bay Hotel shooting in Las Vegas in 2017 and the Marjory Stoneman Douglas High School shooting the following year.

The Charleston Police Department is investigating the comments as possible intimidation, according to an incident report. Police did not elaborate on the ongoing investigation.

"The Post and Courier takes seriously any threats to the organization or those who do work for it. Upon learning of the video, we immediately contacted local law enforcement," said P.J. Browning, president and publisher of The Post and Courier.

Heyward criticized a July 4 column in The Post and Courier regarding his role as one of the members of the Charleston County Aviation Authority Board, which voted last year to hire Elliott Summey, Charleston County Council Chairman and son of North Charleston Mayor Keith Summey, as its executive.

During that hiring, Heyward was also working as a consultant for Charleston County, according to freelance columnist Steve Bailey's reporting. As of May, his contract with the county was not renewed, a spokesman said. The county is aware of the current investigation into Heyward's comments, the spokesman said.

Heyward told The Post and Courier on Monday he feels the column targeted him as a Black elected official although he was just one of the six votes to hire Summey. He believes the column tried to destroy his credibility, calling it unfair and inaccurate.

Regarding his comments on Facebook Live, "I was not referring to a threat to anyone's life," Heyward said. "I was talking about the guns I have."

Heyward said he has a right to freedom of speech. But hurting someone "isn't in my DNA," he said.

When contacted, North Charleston Mayor Keith Summey said any comments made by Heyward were Heyward's responsibility, and the city was not taking any action at this time. Officials may review the situation if charges are filed and an investigation is concluded, he said.