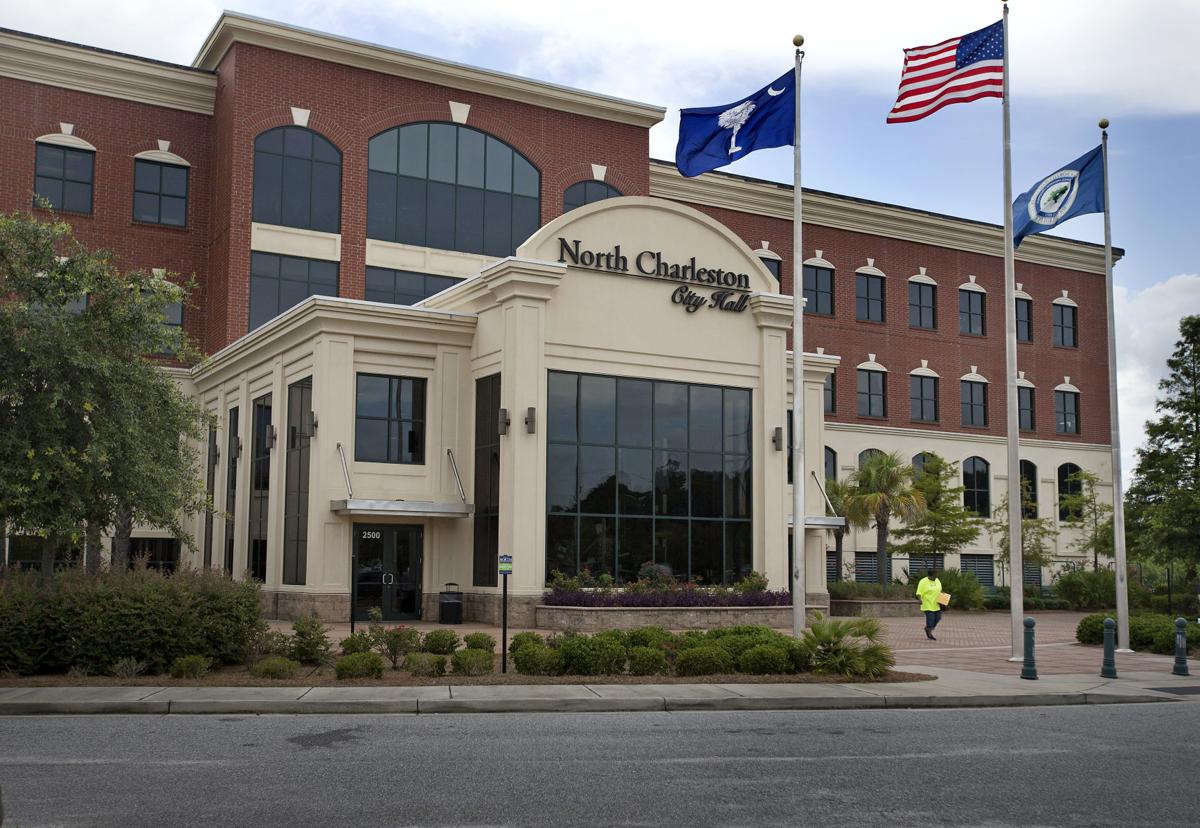 North Charleston City Hall Tuesday, July 9, 2019. As Mayor Keith Summey seeks reelection again, some residents and mayoral competitors say that while the city has thrived, many of its low-income and minority communities have been left out. Grace Beahm Alford/Staff 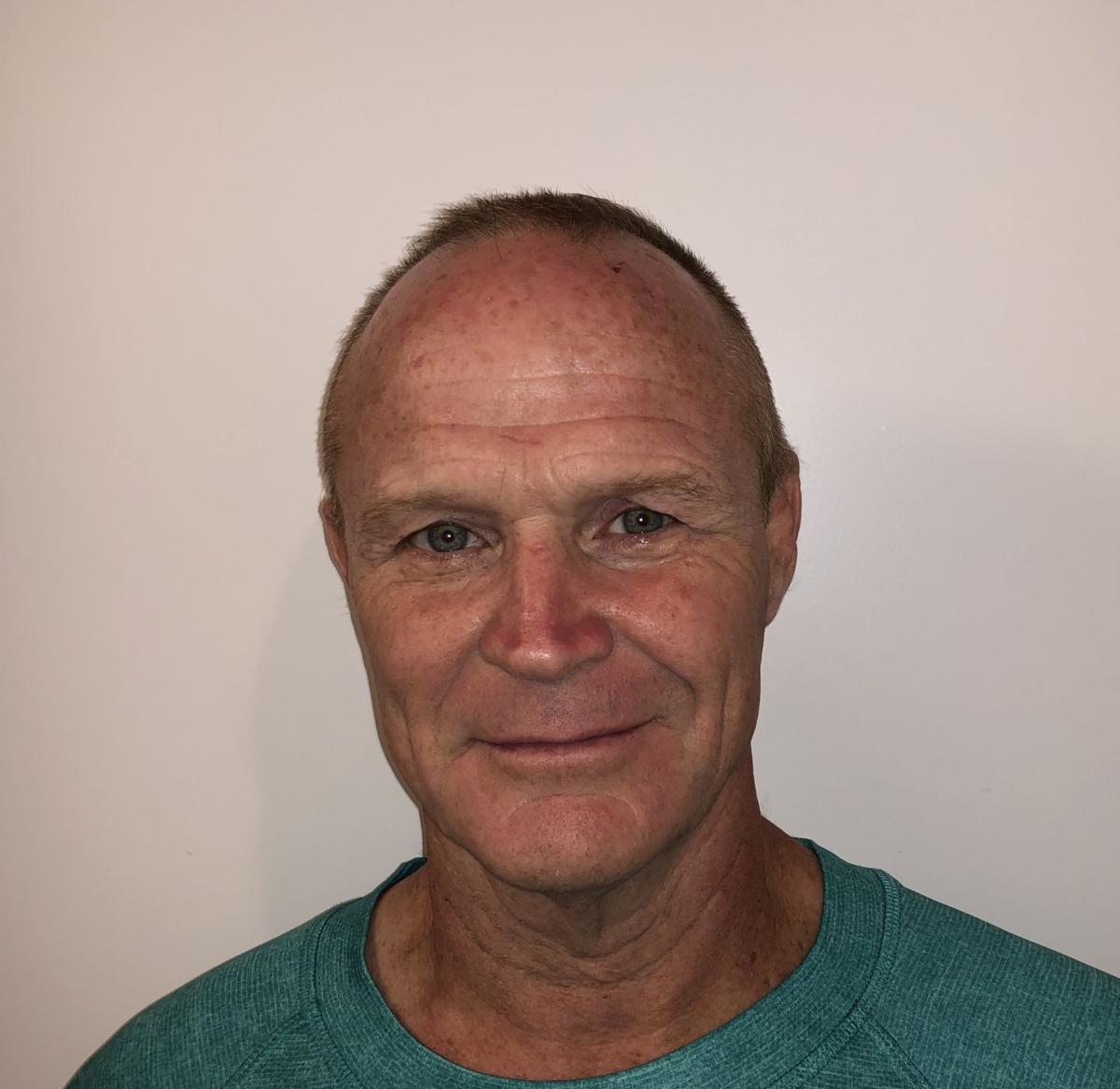 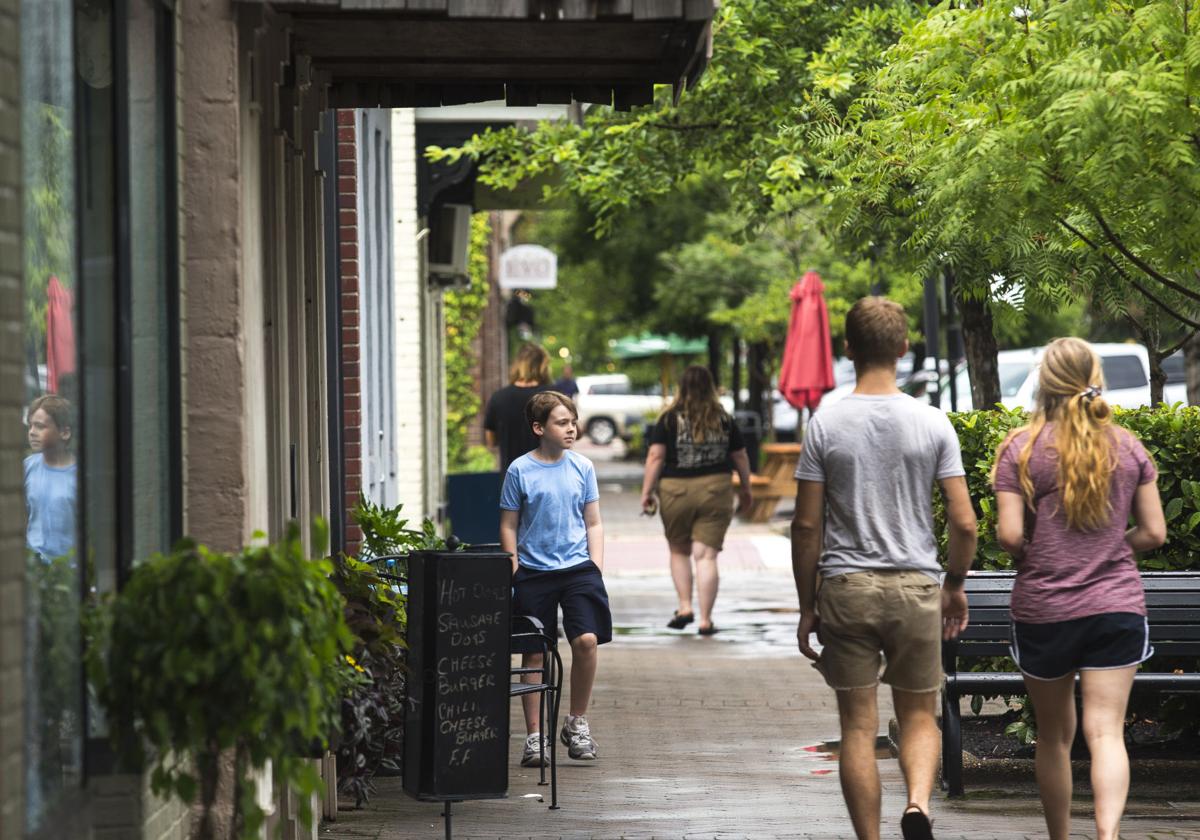 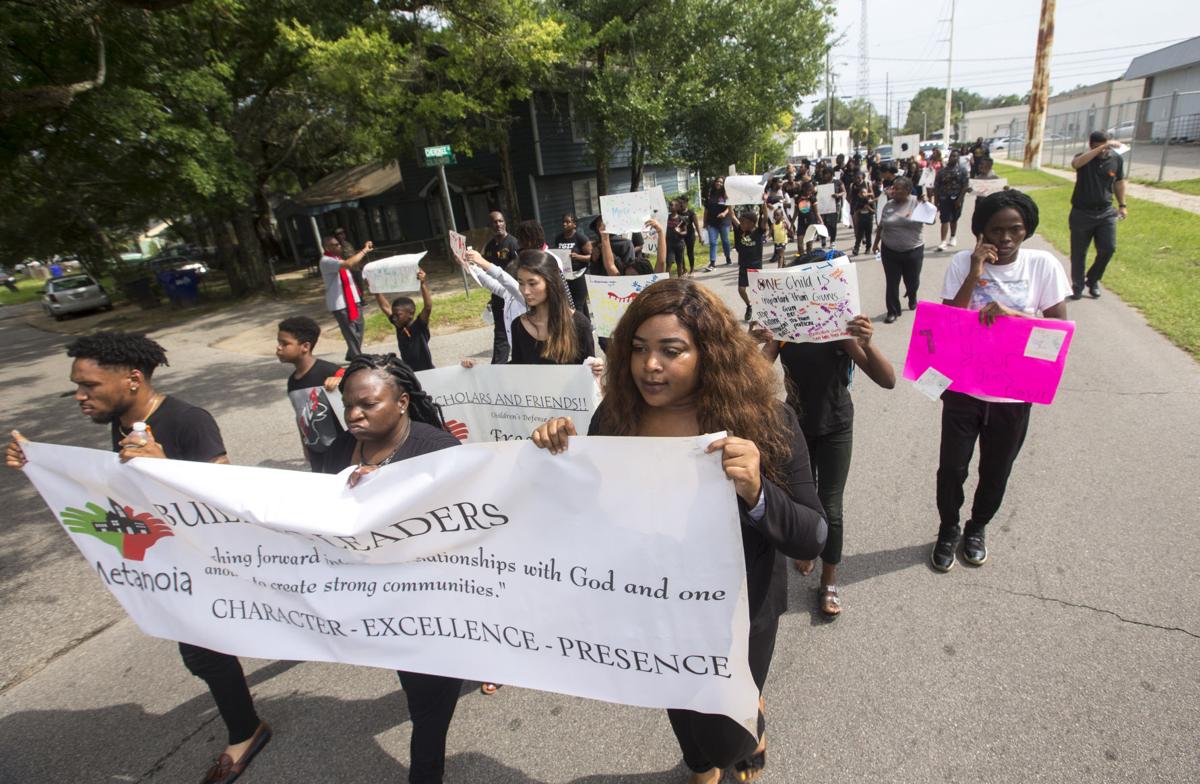 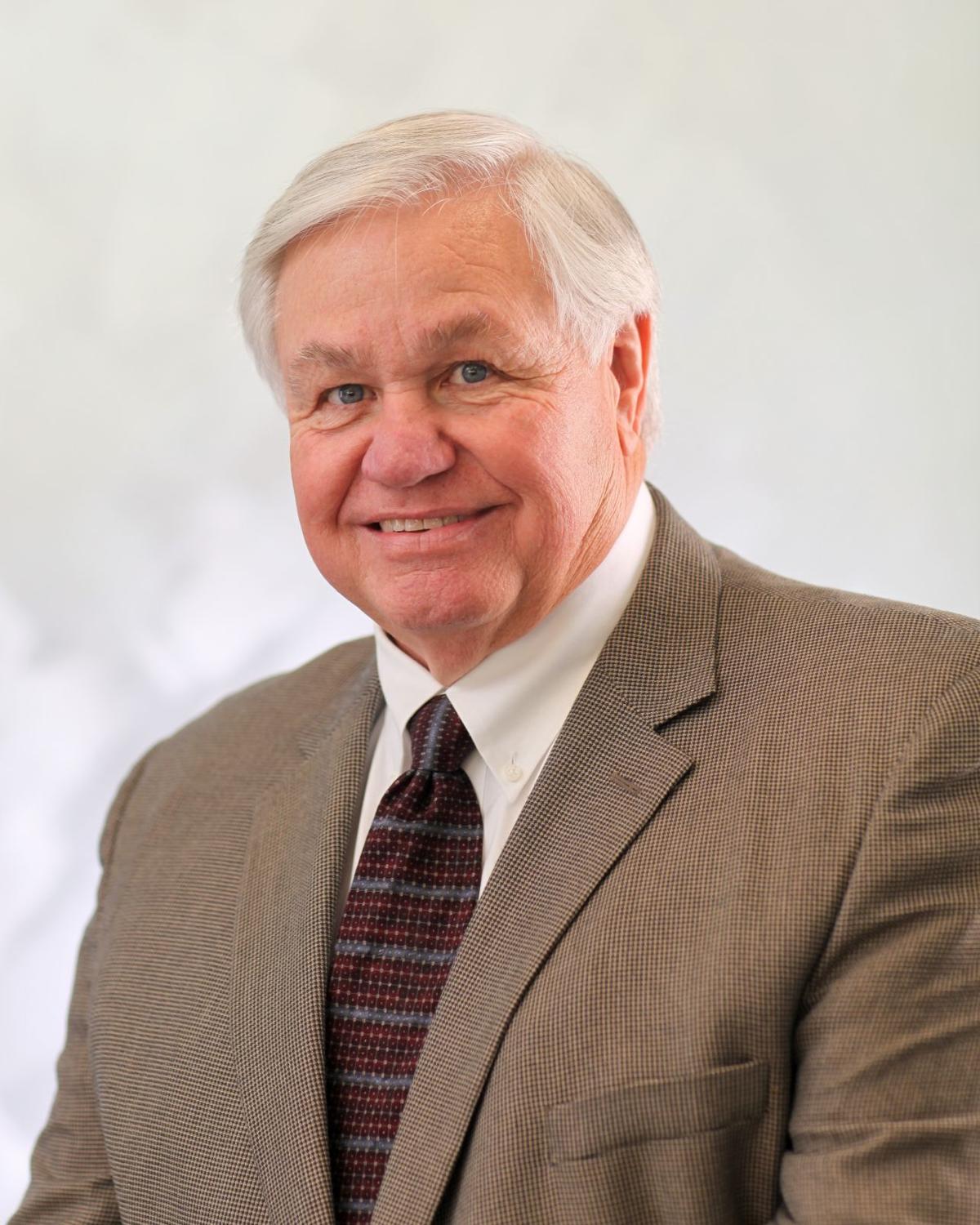 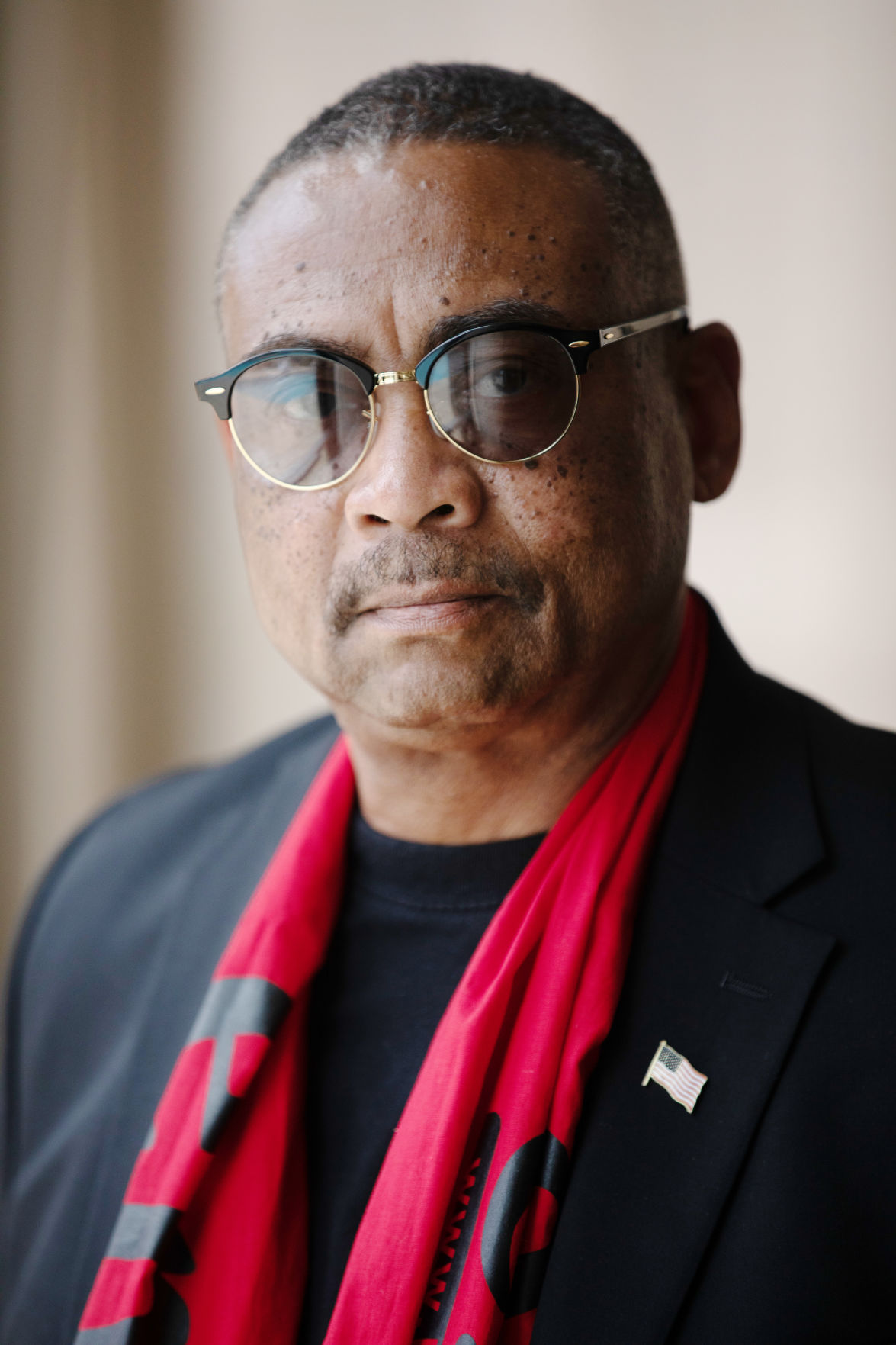 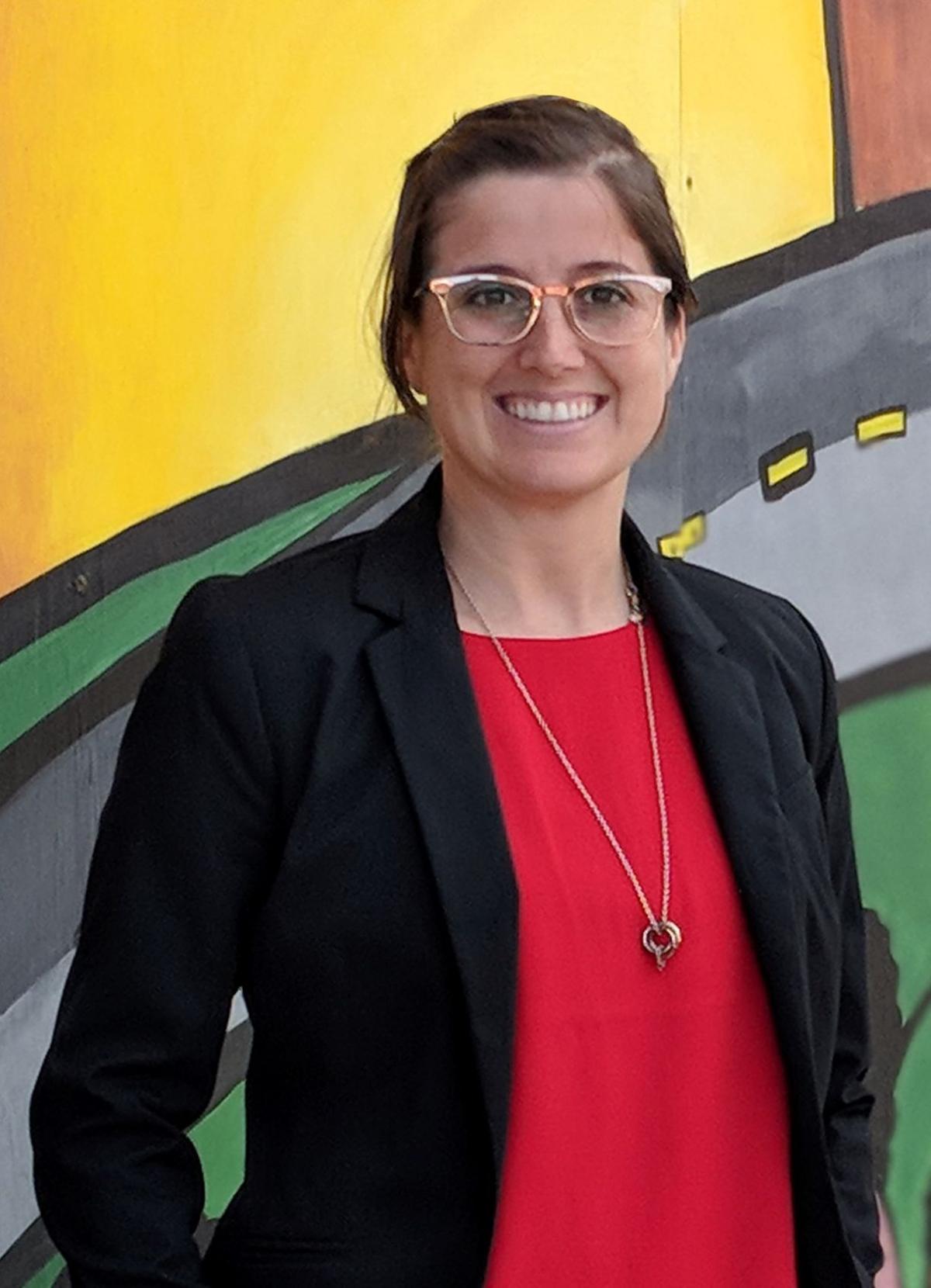 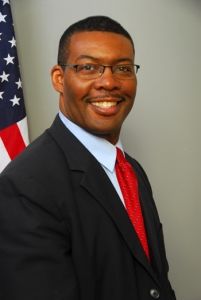 Since its beginnings as a small town in 1972, North Charleston has become South Carolina's third-largest city and one of its most economically successful.

A lot of that occurred during the tenure of Mayor Keith Summey, who has run the city for 25 years, longer than all of its previous mayors combined.

After the Charleston Naval Base closed shortly after Summey took office, he led the city with an aggressive approach to economic development, one that has helped create thriving business districts. Millennials are drawn to the city's mix of breweries and burger spots, and young families enjoy the city's parks.

In the past, North Charleston residents have seemed content with mayor's leadership and the city's direction: In 2015, Summey was reelected with slightly more than 60 percent of the vote in a four-way race.

The margin was impressive, but voter turnout was low. Only 11 percent of the city's eligible voters voted for him. Overall turnout was less than 19 percent, compared with 26 percent in Charleston's open mayoral race held the same day.

The fields are set for Charleston, North Charleston elections this year

As Summey seeks reelection yet again, some residents and mayoral competitors say that while the city has thrived, many of its low-income and minority communities have been left out.

So the overarching issue facing North Charleston on Nov. 5 is this: Is it time for a change?

'Time for somebody else'

If there's one thing the four mayoral candidates and their supporters agree on, it's that they feel the city's administration has ignored North Charleston's most vulnerable residents.

Challengers John Singletary, Pastor Thomas Dixon, Ashley Peele and Floyd Dotter have all conveyed their positions that Summey hasn't done much to lift up all of the city's poorer communities.

Neighborhoods on the city's south end, while historic and part of the city's foundations, remain blighted. Some still lack basic resources, such as a drug store and grocery store.

“I admire what he’s done in this city in 25 years," Dixon said of Summey, "but he shouldn’t have done it by leaving certain sectors behind.”

Dixon, who ran as a Democrat and lost against Republican U.S. Sen. Tim Scott in 2016, has also brought up Summey's past endorsement of Donald Trump.

In 2016, Summey refused to back down from his support of then-candidate Trump, who, at the time, was under fire for not immediately repudiating support from the Ku Klux Klan.

Asked if he still supports Trump, Summey said he supports "every leader of this country, that doesn’t mean I support them in a reelection."

Dixon and the other mayoral challengers come from different backgrounds and vary in political experience, but they agree on the need to address gun violence and housing affordability.

Singletary grew up in North Charleston and graduated from The Citadel in 1986. He has worked as a business professional and challenged Summey four years ago. He came in second, receiving 3,365 votes to Summey's 6,408.

Singletary said crime could be lowered by providing more job opportunities and public contracts to minorities and low-income communities.

Dixon, who grew up in Chicago before moving to the South Carolina in 1985, has long advocated for new steps to address gun safety. He said he is focused, going forward, on ensuring that residents have accessible housing.

How to fight City Hall and win, even in a growing city like Charleston

Peele, also a North Charleston native, graduated from Clemson University before returning home to work at a software company. Regarding crime, she said the city should consider adopting technologies, such as ShotSpotter, which helps police detect gunshots and respond moments after they're fired.

Floyd Dotter is a graduate of The Citadel and currently works for a company that transports boats. Dotter said he feels that North Charleston should change its form of government to a weak-mayor system with more City Council seats than the current 10.

Resident Ashley Middleton lives in Horizon Village and is concerned about the area's violence. She said parents can't "even let your kids outside" because of he amount of criminal activity.

She said she was undecided in the mayoral race but has since concluded, "I think it's time for somebody else."

Snider said she plans to vote for Singletary because he seems like a "suitable candidate who'd be focused on helping people."

James Lecque, a Liberty Hill native, has seen the progress in communities like Park Circle, located next to his predominately African American community. He serves on the neighborhood's improvement council, advocating for infrastructure improvements, such as better drainage.

Lecque, who's black, said he intends to vote for an African American candidate for both mayor and City Council, "someone who knows where I come from."

The race has been largely quiet. Summey attended one debate, held at City Hall, but he skipped others, including one Saturday at Mt. Moriah Baptist Church.

Summey said most people attending such events already have their minds made up. He said when he has attended, the moderators often did not make his challengers back up their claims with facts.

In any case, he said knocking on doors and hosting community cookouts are more his style.

"I'd much rather politic and campaign the way I do," he said. "It gives me one-on-one contact.”

Asked about critics who cite the city's predominately black communities, Summey pointed to past projects, such as a new community center in Accabee, that have addressed education and recreation there — and to others in the works.

He also pointed to Reynolds Avenue, which is being revitalized, and the addition of amenities like the Aquatics Center near Fort Dorchester High School.

“I think the quality of life has been enhanced," he said. "We’ve seen redevelopment of old areas and new development in areas that didn’t have any."

Summey said the city is working to bring affordable housing to Union Heights and to address the lack of a grocery store in the city's southern end. He previously promised the city would build such a store or grocery co-op itself if it couldn't get the private sector to do so. Summey said the city has been working with the Berkeley-Charleston-Dorchester Council of Governments to fund such an effort.

Meanwhile, merchants who remember when East Montague was a ghost town support Summey's efforts to bring change there.

Mayor Summey's reign in North Charleston a boon for developers, friends and other allies

Turner, who has run the business for 25 years, noted how vacant lots along East Montague Avenue and dilapidated spaces around the old Navy base have been revitalized.

"I feel like he's earned his spot," Turner said.

In about five weeks, she'll learn the extent to which city voters agree.

Summey wins some, loses some over the course of his 23 year career as mayor

You win some and you lose some, even when you’re one of the most powerful players in Charleston County politics. Looking back over North Charl…

North Charleston City Councilman Bob King, who's helped revive District 8 during the past two decades, could be booted out by his success, as new residents decide if they want new direction in handling issues such as growth, crime and environmental preservation.

The lead-up to Charleston's mayoral election has included nearly $1.7 million raised by its six candidates, debates centered on the city's flooding issues, four TV ads from one city councilman challenger and a monthslong audit of incumbent John Tecklenburg. And there are still three weeks to go.

Reynolds Avenue revitalization still has a ways to go. Some say that's not a bad thing.

Redevelopment is arriving along Reynolds Avenue, but the North Charleston corridor is still far from the vibrant economic hub it once was. Still, some neighbors say they're OK with the slow pace of change.

Voters in  Charleston, North Charleston, Mount Pleasant, Summerville, Dorchester County and many smaller cities will go to the polls Tuesday to decide local races. Here's what's at stake and other helpful information to know before Election Day.

What’s in a name? For one North Charleston road, both history and controversy

An effort to highlight the history of Liberty Hill, one of North Charleston's largest freedmen settlement communities, has caused some neighborhood turmoil. And the city is caught in the middle.

Voters across the Charleston area react to growth, problems of success

This year's municipal elections come at a time when the Charleston area is prospering like it rarely has before.