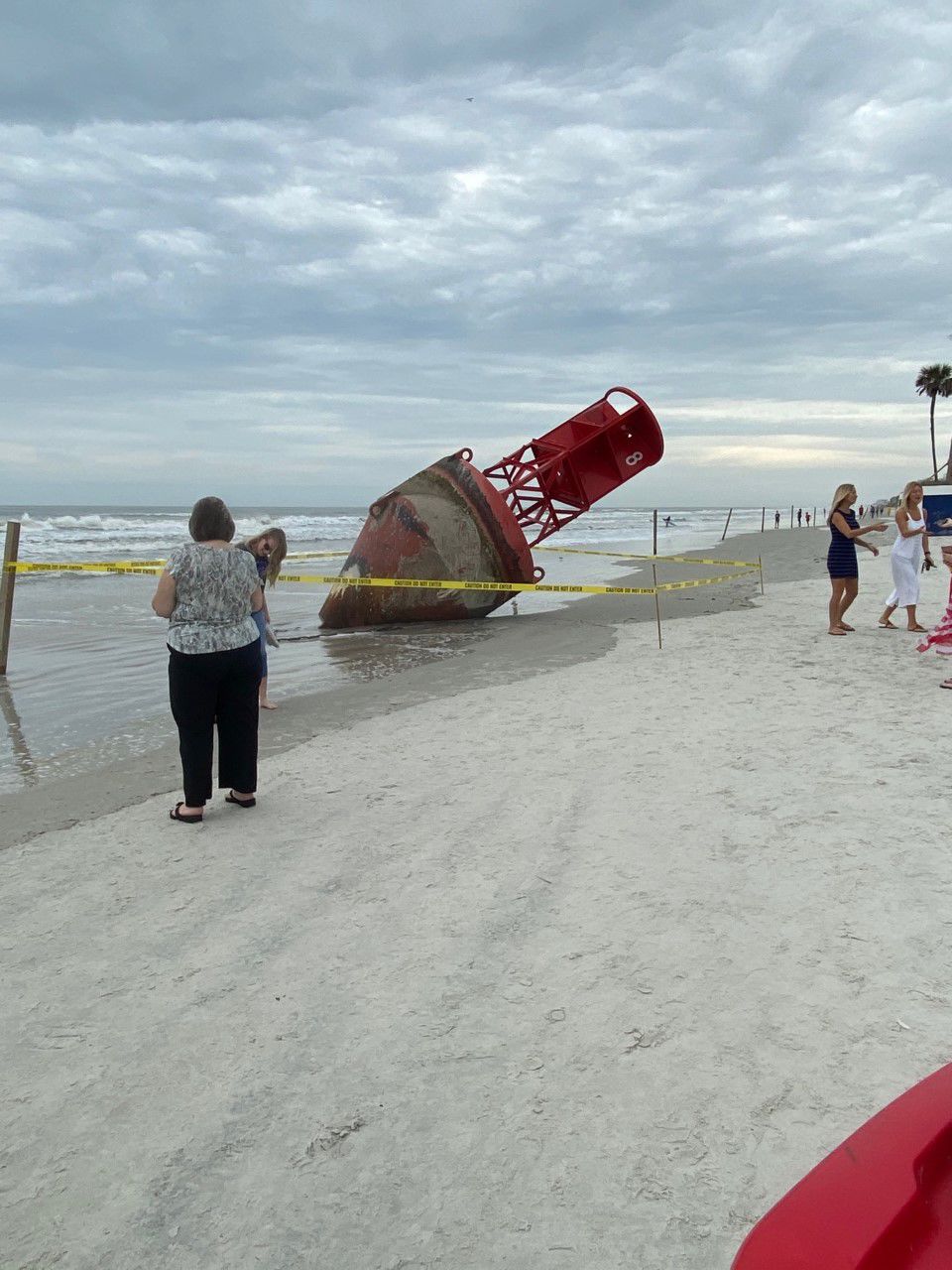 A navigation buoy missing from South Carolina washed up on a Florida beach over the weekend. Volusia County Beach Safety Ocean Rescue/Provided 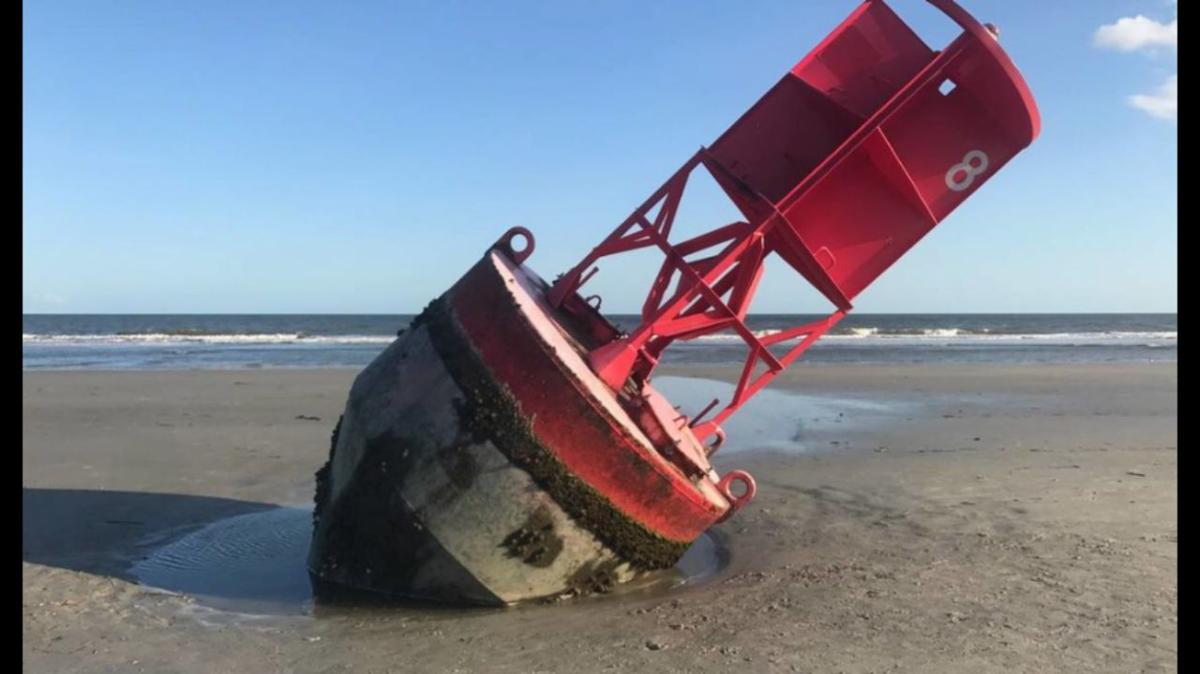 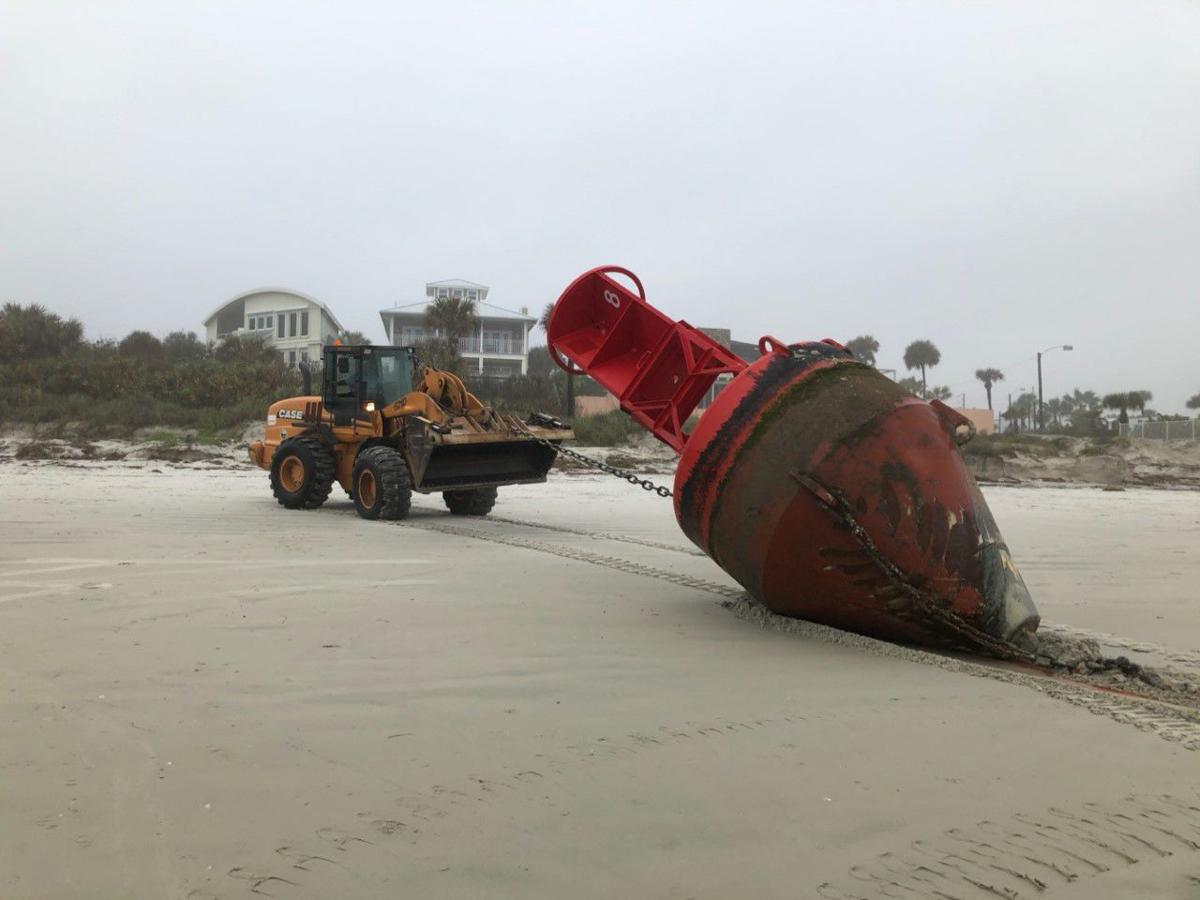 The navigation buoy was pulled farther up in the sand on New Smyrna Beach to keep it from washing away. Provided/U.S. Coast Guard

Red buoy No. 8 off Port Royal is a 6½-ton beast that's as big as a boulder. Not the sort of thing you'd expect to just slip away unnoticed.

But apparently it did.

The 21-foot-tall, 8-foot-wide Coast Guard navigation buoy washed up out of the fog Saturday in New Smyrna Beach, Fla. — its light still blinking — nearly 200 miles away from its mooring at the entrance to Port Royal Sound north of Hilton Head Island.

Until beachgoers came across it, nobody noticed it was missing.

After more than two years in limbo, Folly Boat finds a home at a James Island bar

The Coast Guard's Charleston station last checked on its buoys after Hurricane Dorian in September, and Red Buoy No. 8 was still at its mooring.

Its trip south is a mystery. Hilton Head to New Smyrna Beach "is a long trip. I would say it did not break off yesterday," said Coast Guard Lt. j.g. Phillip VanderWeit, the Sector Charleston enforcement division supervisor.

The wayward buoy was a replacement for one that broke loose during Hurricane Irma in 2017 and washed up on nearby Hilton Head. The ocean off Port Royal Sound tends to be a challenging location, more exposed to currents and storms than other buoy placement spots.

This buoy won't be off too long though. It's been pulled farther ashore to keep it from washing away. A Ponce Inlet station Coast Guard crew is scheduled to pick it up Thursday. It will be returned to the Charleston station and repositioned off Hilton Head, VanderWeit said.

"We'll get the situation rectified and get that buoy back in operation," he said.

In the meantime, the big hunk is quickly becoming a beach-stranded meme, even cordoned off with its light removed for safety.

"There are quite a few people coming down to take a look and get photos," said Capt. Tamra Malphurs with Volusia County Beach Safety Ocean Rescue. "It has not been a major problem, just an eyesore."

A shifting wreck off SC has become a serious threat, sinking and damaging unaware boaters

The Miss Anne sinking followed an incident when a yacht tore up its hull and propellers on an unseen wreck.