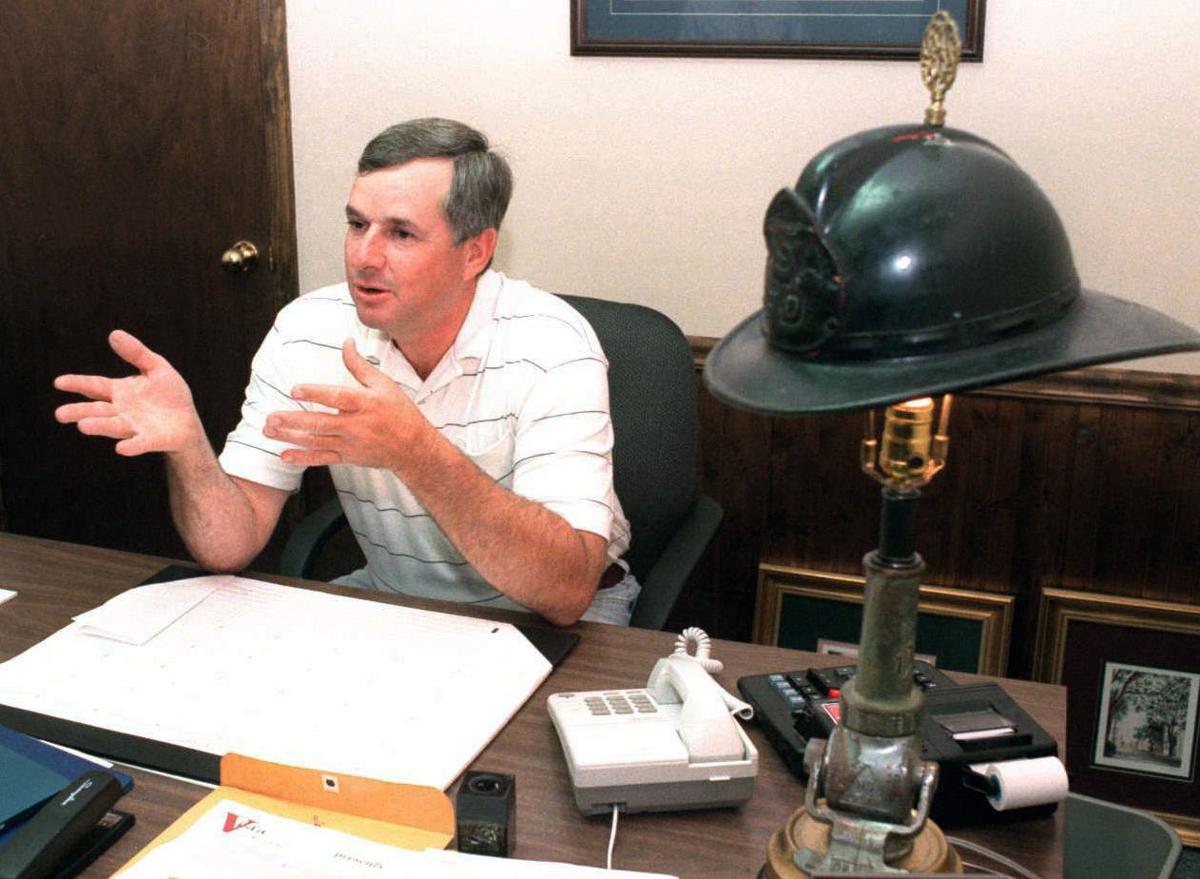 Mayor Paul Wimberly, pictured in his Reevesville Town Hall office in 1997, has been the mayor of the town, population 196, for the last 34 years. File/Brad Nettles/Staff 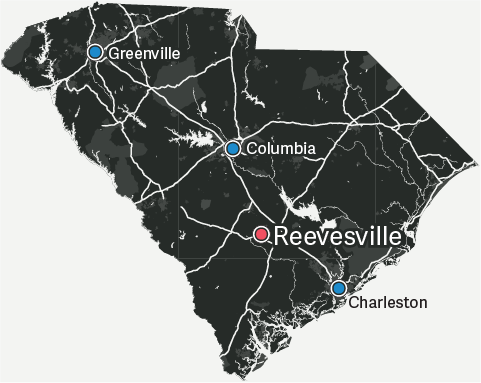 Paul Wimberly didn't know know he was reelected as the Reevesville mayor on Tuesday until a reporter's call the following morning.

"I hadn't heard yet. Well, thank you for telling me," he told The Post and Courier.

He had yet to hear from county officials about the results.

Wimberly has been the mayor of Reevesville, population 196, for the past 34 years. But this year, Dorchester County was put in charge of the election. The 67-year-old politician was confused about when the deadline was to file to announce his candidacy. He missed it, as did half of Town Council, leaving their fate to write-in votes.

The small town was the only municipality in the county on Tuesday that had no one formally on the ballot for their offices. Todd Billman, the county's executive director for elections and voters, said there was nothing stopping a group of 18-year-olds from writing in a friend as a prank to claim any of the seats.

But Wimberly was a little less worried.

"It's a small town," Wimberly said. "But they know who I am. I walk down the street and I see everyone."

Seemingly, everything in Reevesville is small. The size of the town is 1.6 square miles. The yearly operating budget is $35,000. The only business remaining in town is one hair salon.

And Wimberly collects a small yearly salary of $300 to serve as mayor. It's the same as when he was first elected in 1985. If it were properly accounting for inflation, it should have risen to a modest $678 annually. He wasn't put down by it. He mows lawns part time for some pocket cash.

When the newspaper called town hall, it was a nonworking number. Wimberly said they haven't had a clerk or front office attendant for "quite some time." The office is usually empty. Most of the municipality's positions are on a volunteer basis.

Law enforcement is handled by the Dorchester County Sheriff's Office. The nearest hospital is Colleton Medical Center in Walterboro. Personal shopping is done in neighboring St. George. After the last convenience store closed, the nearest gas station is 3 miles away.

Dorchester County grew by 1,766 people last year, bringing the total population to a little more than 160,000. Summerville, the Flowertown in the Pines, is blossoming with new businesses and people daily. And growth is the forefront of every political conversation.

And while other municipalities in the region are trying to keep up with the change, Reevesville stands in stark contrast.

The town was organized in 1875 and named for L. Pressley Reeves, South Carolina's first game warden. By 2000, the town was just around 200 people and had a median income of $26,667 a year, according to the census.

Wimberly isn't too concerned with increasing those numbers.

"It's simple," he said. "We want to remain small, safe and quiet. We don't want to deal with the problems of growth."

Filing for Reevesville's race was due back in August. The small town used to handle its own ballots and voting, and Billman said it had been about 20 years since there was a candidate running against Wimberly.

But the miscommunications between the town and Dorchester County led to a missed deadline not just for the mayor's race but also two of the four council seats.

"We've had a write-in for one office before," Billman said. "I don't think we've ever had a whole municipality miss the deadline."

Election results for towns in Berkeley and Dorchester counties

Write-in elections are an inconvenience for county election clerks. While most results can be tallied automatically on normal election ballots, the handwritten votes require volunteers to read and discern them. But for a town like Reevesville, reading 122 write-in votes was not a thorn in Billman's side.

There were 48 votes cast for Wimberly. Billman said a few that just read "Paul" or "Mayor" may not count toward the official results being calculated this week.

Many of Dorchester County's elections on Tuesday evening were uncontested or just enough people filed to fill the seats. County-wide voter turnout was low, barely 17 percent. And while a lot of attention was paid to Summerville and North Charleston's mayoral races, Reevesville's seemed like a blip on the radar.

As for the issues facing Reevesville, that seemed like an afterthought to Wimberly, too.

"Some more fire protection would be helpful," he said. "But we're doing all right."

As one of the first game wardens in South Carolina history, Pressley Reeves was a hated man in the Dorchester countryside for keeping poachers from killing too many animals and fish trappers from raiding the Edisto River. It was no surprise that he ended up killed in cold blood.