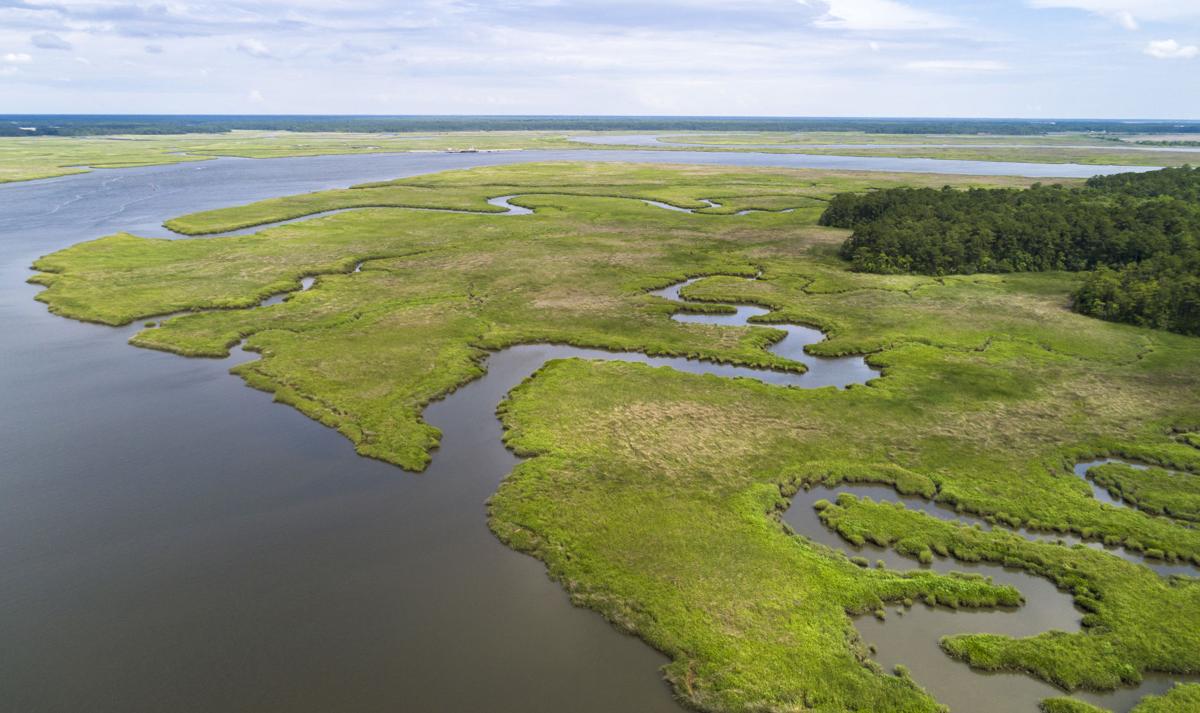 The Bushy Park Reservoir is part of the Back River, and is the source of the main drinking water supply for nearly a half-million people. File/Andrew J. Whitaker/Staff 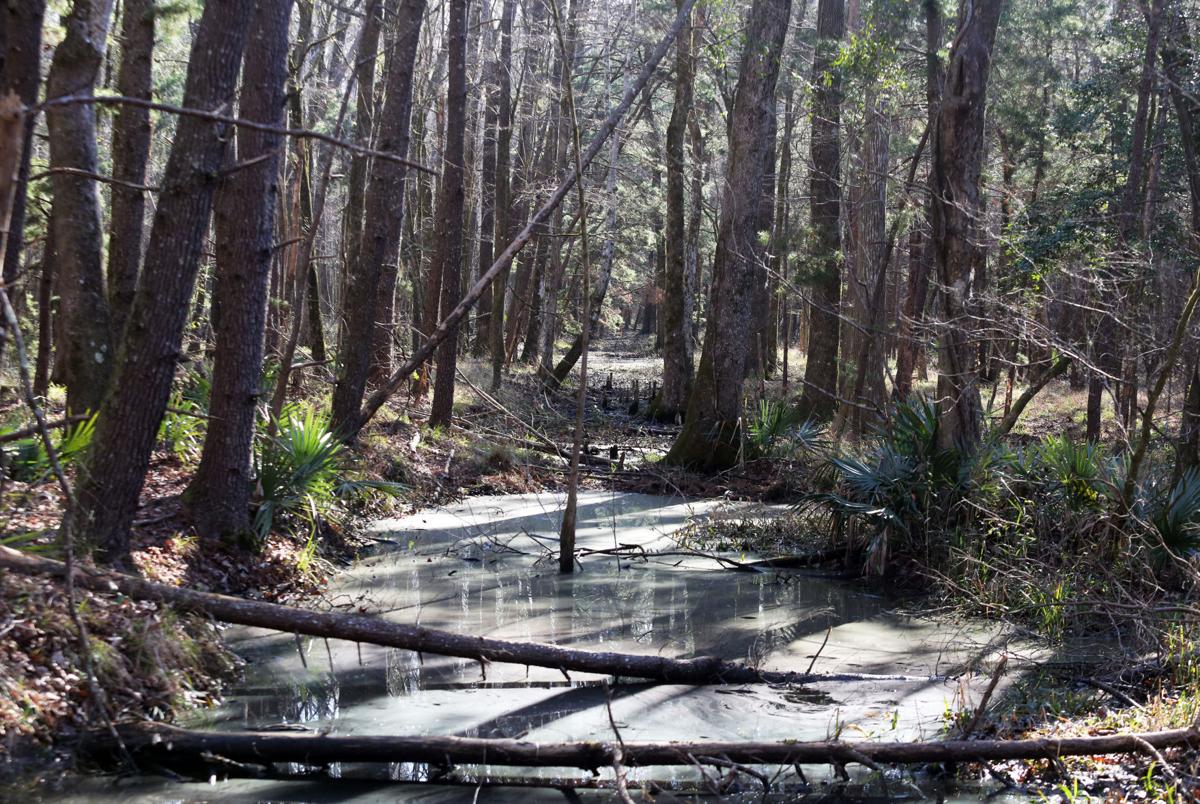 This cypress swamp near Middleton Place is an example of a wetland that could be affected by a rollback of the Clean Water Act, which would strip protection for certain types of Wetlands. File/Brad Nettles/Staff

Where to draw the line between private and public waters — a legal tug of war that has snarled South Carolina and the nation for more than 20 years — isn't going to be settled any time soon.

The Southern Environmental Law Center in Charleston recently sued the Trump administration over its latest attempt to gut Obama-era clean water rules that extended protections — and restrictions — to smaller waterways and wetlands.

The federal filing is the latest round of legal wrangling that dates back to the earliest days of the Donald Trump presidency. To give an idea just how complex it's gotten, the suit was filed while at least three other major court battles are underway over the rules of the rollback.

The federal Clean Water Act was established in 1972 to protect water quality for an estimated 2 million people across South Carolina, among some 200 million across the country. The extension of the rules 30 years later by President Barack Obama restricted any sort of development in wetland areas that feed those waters.

Trump vowed to repeal and replace the Obama rules shortly after taking office — one of the administration's biggest in a list of promised environmental rollbacks.

Critics, including the state of South Carolina, say the Obama restrictions were federal overreach and that federal public waters are navigable streams only.

A rollback would remove the protections from wetlands unless they are directly connected to a navigable waterway. It also would strip protections from rain-fed streams that are vital to wildlife and help buffer communities from the worsening impacts of drought, floods and hurricanes.

More than 300,000 acres of these wetlands are found in the eight coastal South Carolina counties alone.

The fight over smaller waterways in South Carolina goes back to the 1990s. That was in the earliest days of the "property rights" movement, when developers pushing to fill in the more marginal, isolated wetlands successfully challenged the original Clean Water regulations. They said the regulations were based on a management policy issued as a guideline, not a rule.

Swamped by lawsuits, state regulators began settling out of court. One of the intents of the Obama rule was to put an end to that.

Environmental groups call the proposed Trump rollback one of the gravest assaults ever on the spirit of the Clean Water Act. The law center, among other groups, went to court to stop it. Filings and counter filings have been flung back and forth since.

"Water quality, flooding, contamination — they're going to strip away our powers to deal with those," said attorney Blan Holman with the law center.

The Trump administration could have just issued an new Clean Water rule, which would have supplanted the Obama rule, Holman said. Instead, the administration chose to repeal the rule all together while deciding what to replace it with.

That opened up the administration to legal challenges over whether it had been done with proper deliberation, public notice and protection of the public waters of the United States.

That battle has been further complicated by conservative groups who have filed new lawsuits continuing the "guidelines not regulations" argument, saying a repeal of the Obama rule would leave in place the original Clean Water rules that are guidelines and not legally enforceable.

In other words, the court shouldn't consider them regulations at all.

One of the oddities to the law center's fight is that a victory wouldn't make much difference immediately in South Carolina.

That's because the state is one of more than 20 wrapped up in their own legal challenge to the Obama rule, which predates the Trump moves.

The rollback would only affect the rules in the other 30 states.

In 2015, after the Obama rule was enacted, S.C. Attorney General Alan Wilson joined eight states filing a lawsuit against it, arguing it was an illegal expansion of federal control over states’ rights.

The regulations “would bring many roadside ditches, small ponds on family farms, water features on golf courses, and storm water systems under extremely burdensome federal regulation,” Wilson said in a news release in 2015.

The states in August won a court decision that the Obama rules were not legal as formulated and sent them back to federal agencies to rework.

“We’re grateful for the Court’s ruling that upholds the rule of law and look forward to defending our case on appeal,” Wilson said recently, but he would not comment further with the case still in court.

The law center has appealed that decision.

If the states win, they would largely be able to regulate their own waters. In South Carolina, that hasn't worked well so far. Attempts to pass an overarching regulation that specifies the state's authority have stalled in the Legislature.

The legal battle over whose water is whose seems endless, Holman said, but he noted that a year to a lawyer is little more than an hour to a lot of other professions.

"I think the legal challenges are going to go one for years," he said. "The issue may eventually end up back in the Supreme Court."

The Waccamaw National Wildlife Refuge near Conway is embarking on a groundbreaking effort to literally re-shape itself, giving up on some lands it had set out to buy in 1997 and adding new ones.

EPA Administrator Andrew Wheeler announced Thursday the agency is removing protections for some of the nation's millions of miles of streams, wetlands and arroyos, completing one of its most far-reaching environmental rollbacks.