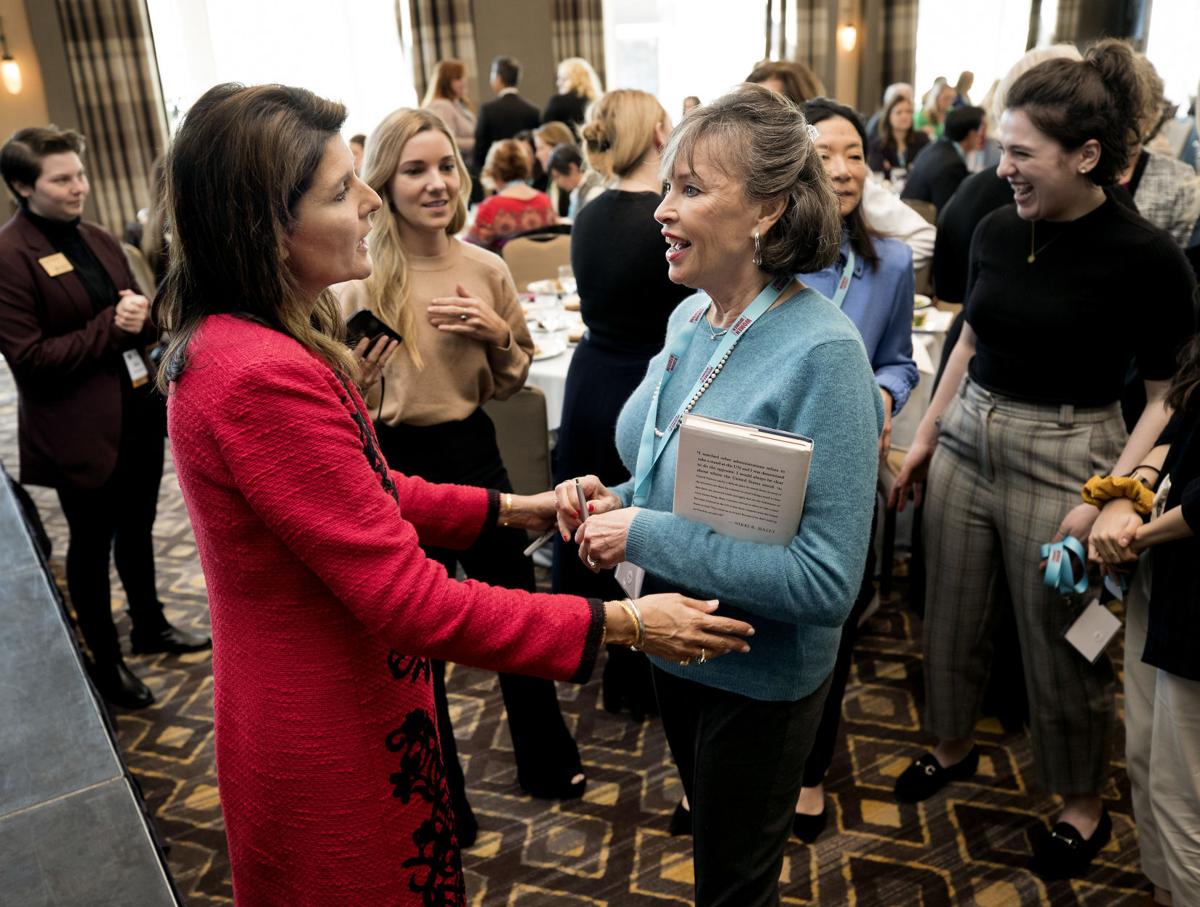 Nikki Haley greets Patricia Howerter, who traveled from Townville to attend the Women for Women Summit held by the College of Charleston's School of Business on Thursday, Feb. 27, 2020. Grace Beahm Alford/Staff 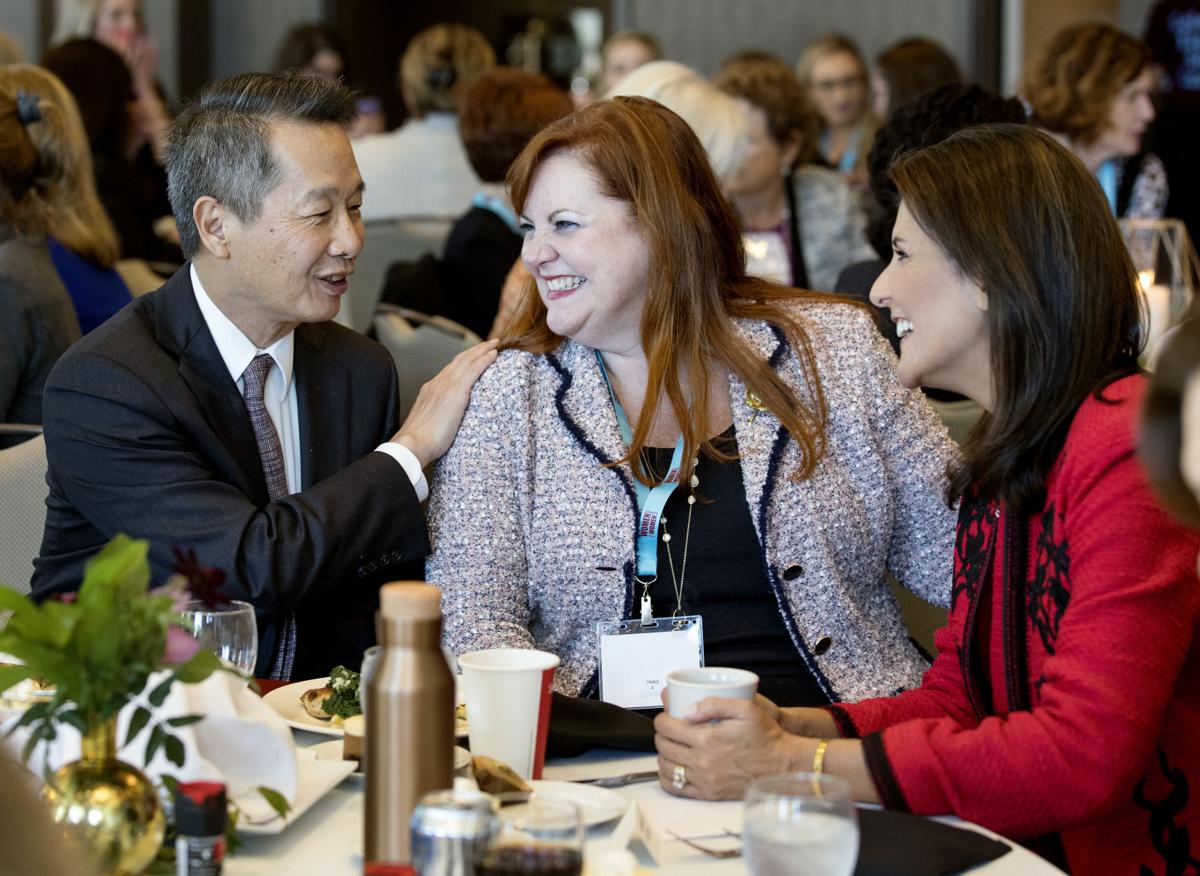 College of Charleston President Andrew Hsu, CEO of the Charleston Area Convention and Visitors Bureau Helen Hill and former Gov. Nikki Haley at the Women for Women Summit held by the College of Charleston's School of Business on Thursday, Feb. 27, 2020, at the Hyatt Place hotel in Charleston. Grace Beahm Alford/Staff 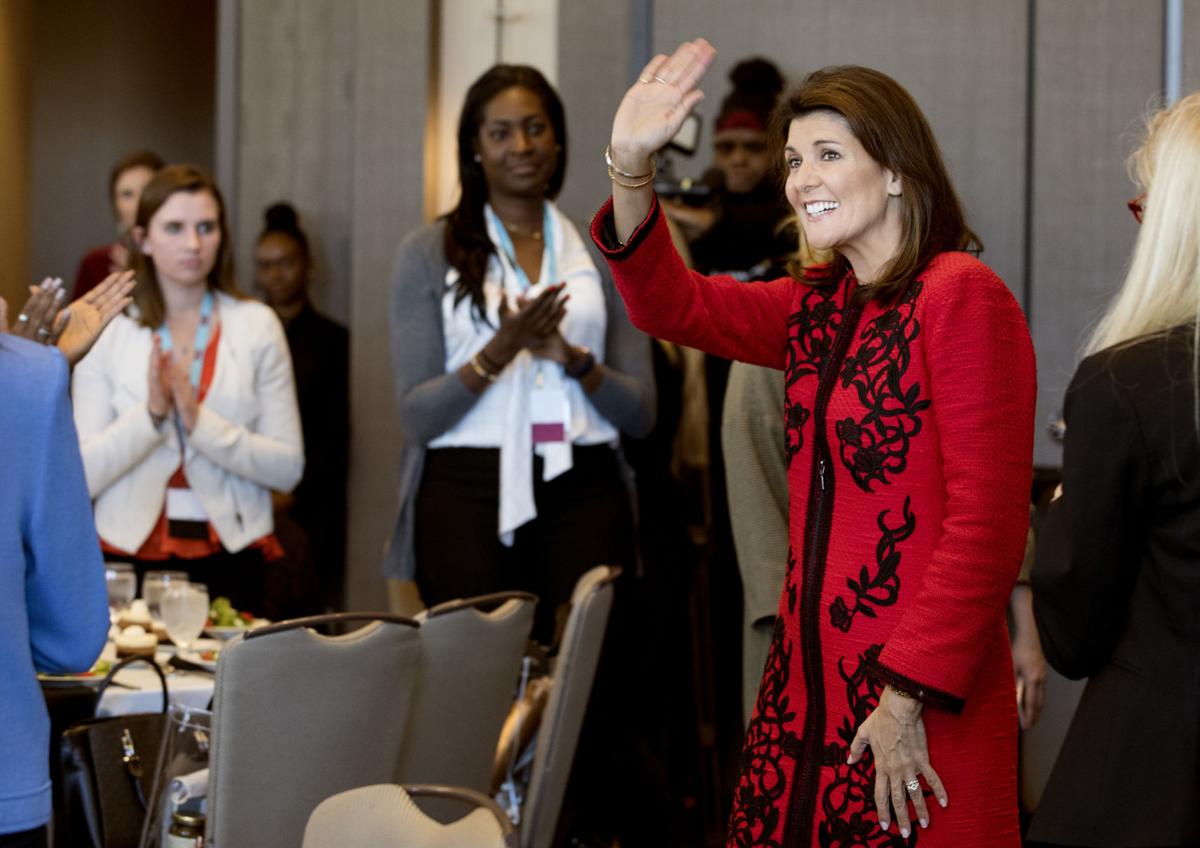 Nikki Haley attends the Women for Women Summit held by the College of Charleston's School of Business on Thursday, Feb. 27, 2020, at the Hyatt Place hotel in Charleston. Grace Beahm Alford/Staff

She did not broach Saturday's Democratic primary or her recent Twitter spat with Joe Biden.

Haley was in town to receive the inaugural Woman of Courage Award at the Women for Women Summit sponsored by the College of Charleston.

"It's always worth fighting, even if you're fighting alone," Haley told the crowd.

The comments came after former Vice President Biden, while campaigning in Georgetown on Wednesday, criticized Haley for declining to expand Medicaid in South Carolina.

He appeared to begin saying Haley "didn't have the brains" before he stopped himself and said "foresight" in order to "be polite," The Post and Courier reported.

Haley responded by tweeting, "Hold up Joe, I will put my brain up against yours anytime. Bring it. #GodBlessJoe."

Hold up Joe. I will put my brain up against yours anytime. Bring it. #GodBlessJoe https://t.co/x5bfrVCrCa

Haley has stayed on the political stage despite leaving the Trump administration in 2018, where she served as his United Nations ambassador.

Many in South Carolina feel she could be campaigning for the 2024 presidency, despite Haley not saying yes or no to running.

At the College of Charleston School of Business' summit, Haley was introduced as a "hands-on" governor and a proven female leader who has leveled the playing field. She addressed a full ballroom at the Hyatt Place hotel and was welcomed enthusiastically by the audience.

Haley talked about her path from growing up as the child of immigrants in Bamberg to becoming the U.S. ambassador after Trump requested she fill the role.

She advised the women in the audience to stand up, rather than step back, when faced with an uncomfortable situation or an intimidating next step.

Haley shared some of what she called her "war stories," the tough moments that defined her time in the state Legislature and the governorship.

"Everyone should have three war stories. Being governor of South Carolina, I had a lot more than that," she said with a laugh. "If you can't think of three, you've got some living to do. If you can, be proud of them."

Several audience members felt that Haley is likely setting herself up for a 2024 run for president.

Patricia Howerter, who traveled from Townville, said that when she had cancer in August, Haley's memoir helped her through it.

"She's such an overcomer," Howerter said.