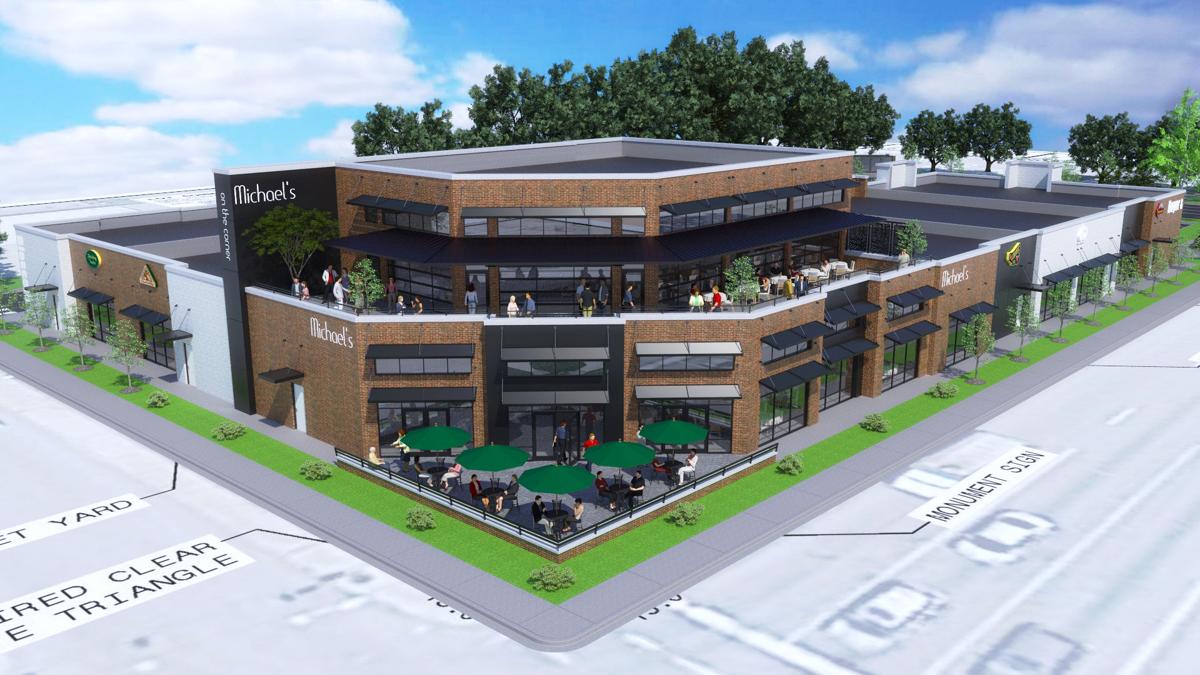 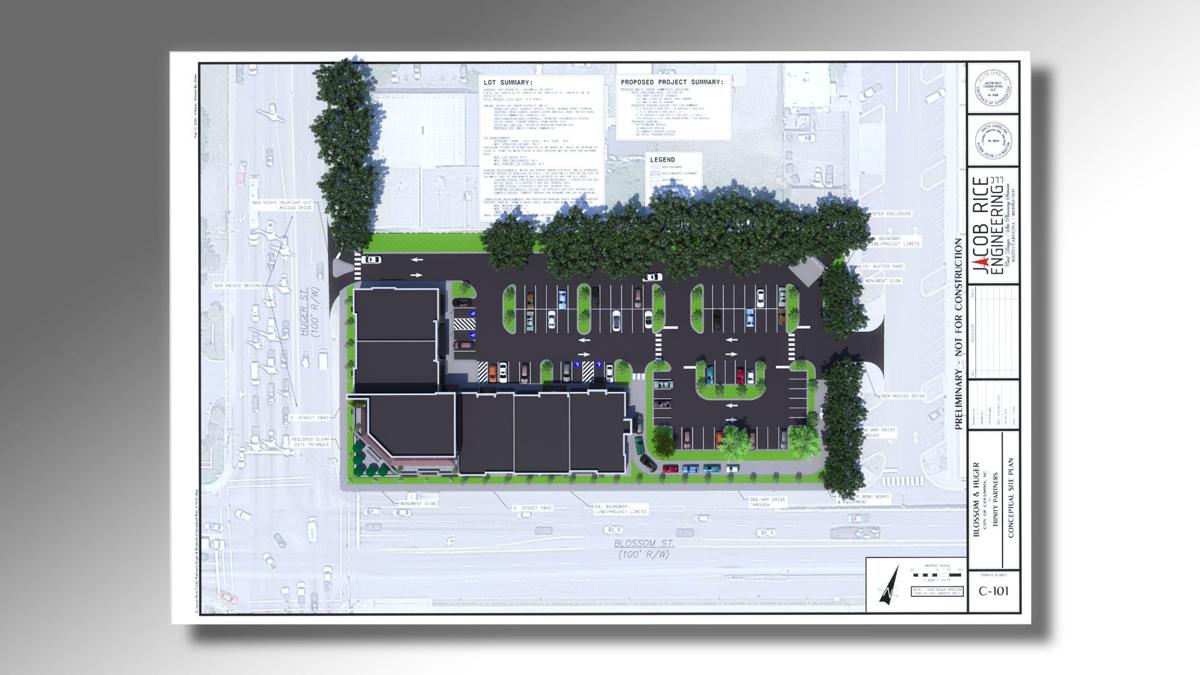 The layout of the proposed development at Huger and Blossom streets. Provided 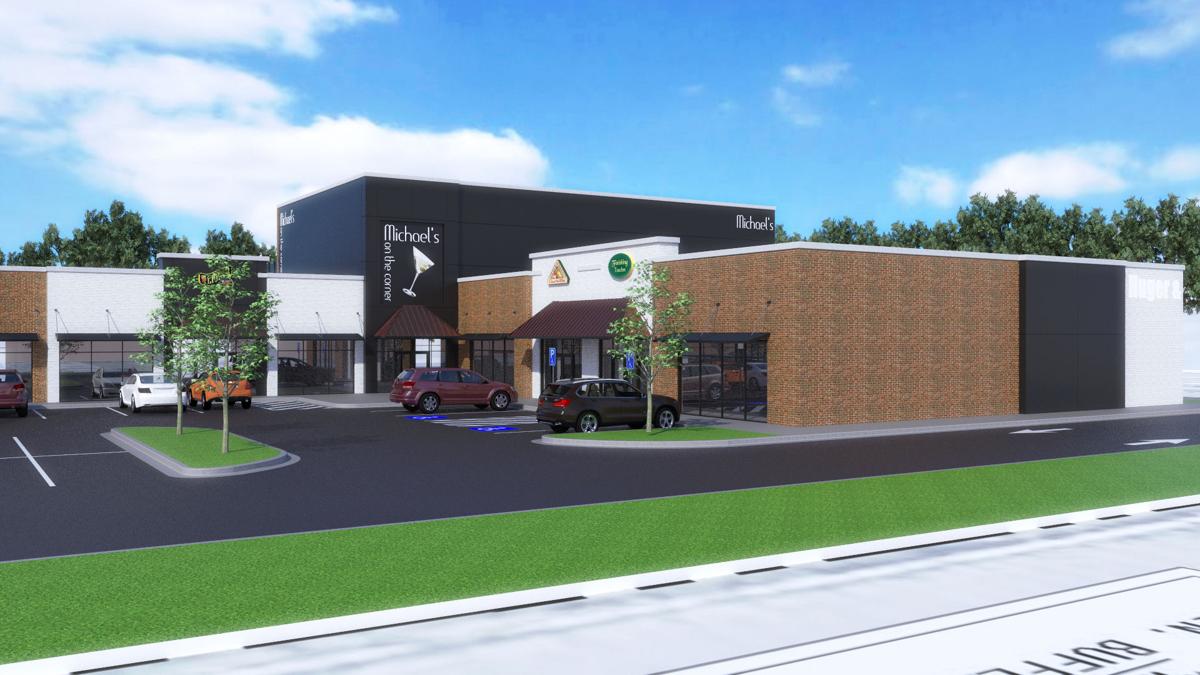 An illustration of planned development project at Huger and Blossom streets in Columbia’s Vista. Provided

The layout of the proposed development at Huger and Blossom streets. Provided

An illustration of planned development project at Huger and Blossom streets in Columbia’s Vista. Provided

COLUMBIA — A planned retail and restaurant development is seeking tenants at one of the highest-traffic intersections in Columbia — Huger and Blossom streets in the Vista.

As designed now, the new development will offer a total of six retail or restaurant spaces from 2,500 to 6,000 square feet. One location at the site could have a drive-through, according to the site plan.

It should be a sought-after location because of the high traffic in the area and several close-by apartment complexes catering to students and non-students, including the Palmetto Compress building and Park Place, according to a brochure from the leasing agent, Trinity Partners.

The second story could be used as a restaurant space with outdoor dining. "This rooftop bar could be the coolest spot for happy hour and dinners if you like scenic views that overlook the river, the baseball stadium and the Blossom Street bridge," said William Mills of Trinity.

The 2-acre site, on the northeast corner of the Huger-Blossom intersection, is being used as overflow parking.

An earlier plan for the site had included some apartments, which has been the focus of developer PMC Property in Columbia. The company earlier developed the adjacent Palmetto Compress building and other developments that included housing for college students. This time the company decided that a retail site made the most sense at this location, Mills said.

That could be a sign that some see the Columbia market as flush with student housing options.

The new development would have about 20,000 square feet of space and 82 parking spaces.

No date has been set for construction to begin, but the developer is ready to proceed as more tenants sign on, Mills said.

Businesses responding to a city survey recounted how the coronavirus downturn has harmed them and under what circumstances they were ready to ramp up again.

About 300 responses came in to the city's survey, conducting during the first two weeks of May when many still were closed.

Some of the numbers were eye-catching, highlighting the huge impact of coronavirus-related shutdowns.

At the time, 44 percent of those responding said they doubted it was safe to reopen their businesses, while 55 percent said they thought it was.

The survey also showed the extent of the job losses: 71 percent of those responding said that their company now employed between one and five employees. In a normal spring that would be just 47 percent of the companies, according to the survey.

Given the economic toll of COVID-19 shutdowns on businesses, the results really could have been worse, said Ryan Coleman, director of the city's office of economic development.

About half of the companies that took the survey had received some kind of federal or local aid, which should help them stay in business, Coleman said.

Companies also were open to taking special steps to reassure customers that it is safe to return.

The biggest impediment that most business owners replying to the survey saw to returning to full operation: reduced demand from customers.

About 70 percent of those surveyed said that a city marketing campaign that highlights the retailers complying with high standards would help shoppers feel safer about coming out.

On their way out

Pier 1 Imports is conducting a going-out-of-business sale at its one remaining Columbia location at the Shoppes at Woodhill as the company shuts down nationwide. ... Copper River Grill has closed its last Columbia-area restaurant on Bower Parkway in Irmo.