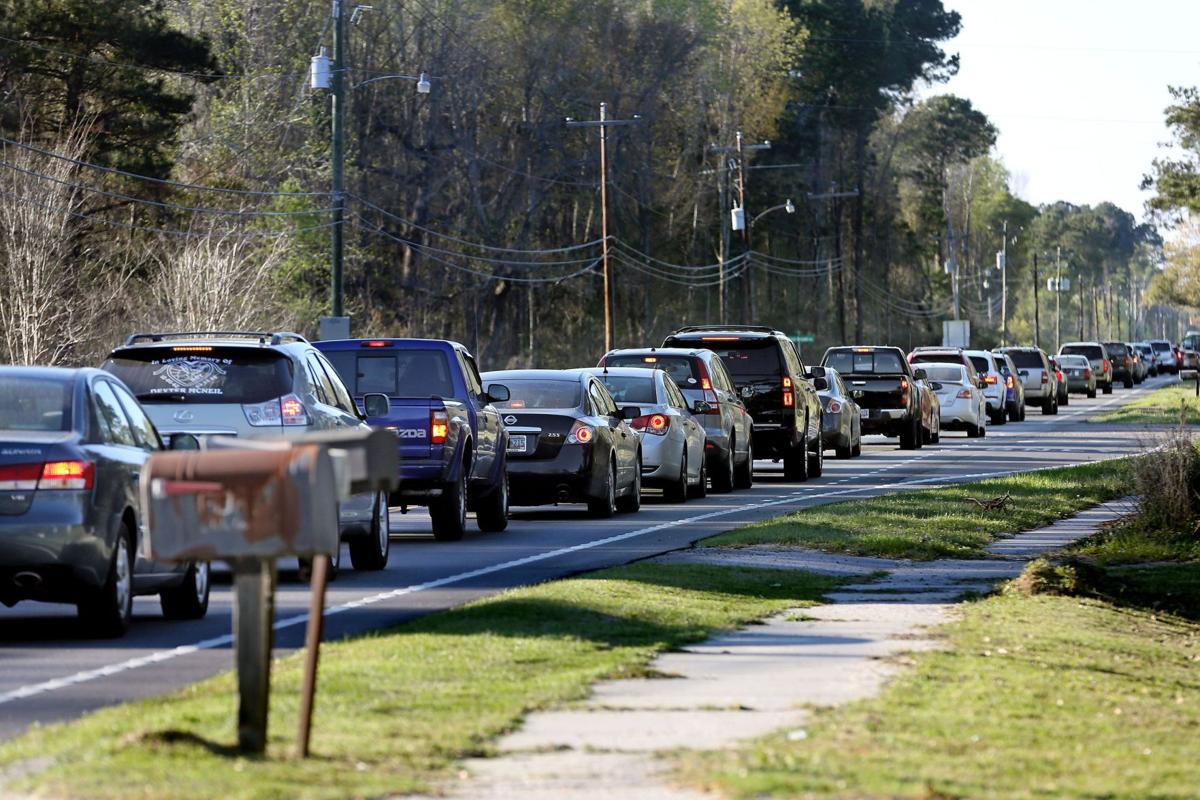 Evening traffic creates a steady flow of cars on S.C. Highway 41 in Mount Pleasant. On June 19, work will begin on road improvements at the intersection with Joe Rouse Road. File/Staff 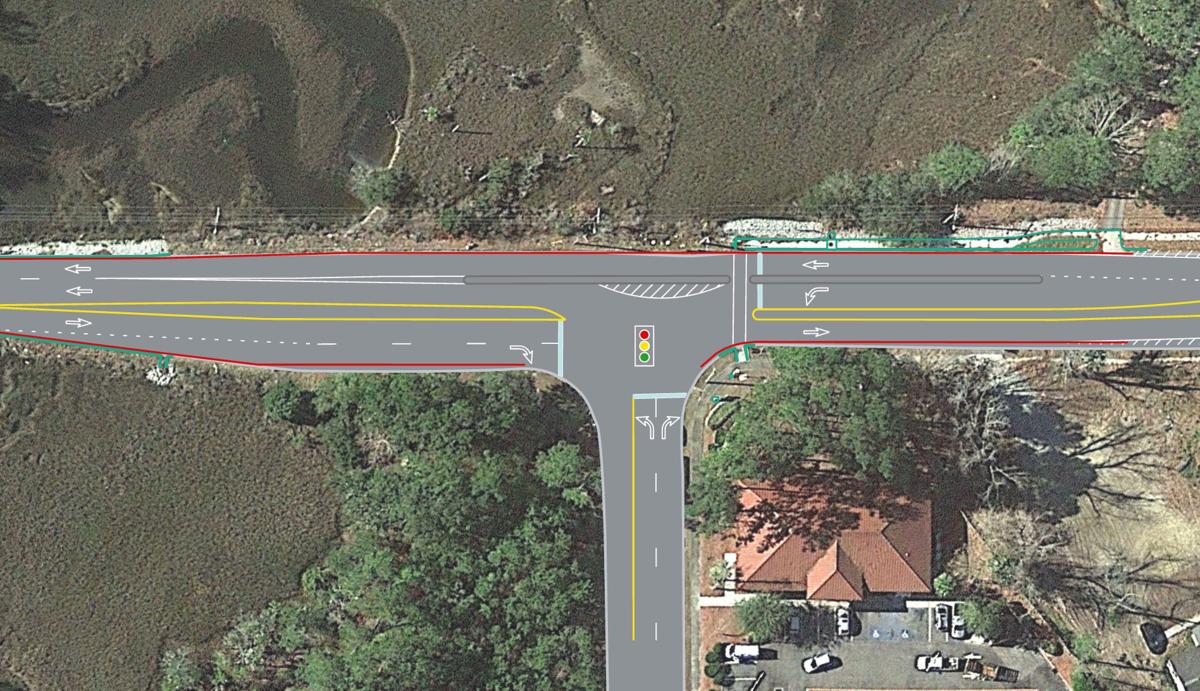 A plan to ease traffic on S.C. Highway 41 in Mount Pleasant calls for modifying the intersection at Joe Rouse Road so that traffic bound for S.C. Highway 17 (heading right to left, above) wouldn't have to stop for the traffic light. A median would allow that traffic to keep moving, even as traffic from Joe Rouse Road turns onto Highway 41. Provided

MOUNT PLEASANT — If all goes right, traffic on S.C. Highway 41 could improve by the end of summer 2020 without adding any lanes to the road, according to town and Charleston County transportation managers.

Mount Pleasant and Charleston County have been looking for ways to provide traffic relief quickly on the congested two-lane highway at the town's north end while waiting for a more-than-$130 million road-widening plan that's not expected to be finished until 2025.

Early this year, town and county officials agreed that a third lane could be added to a roughly 1-mile stretch of S.C. 41 between Joe Rouse Road and U.S. Highway 17. Mount Pleasant agreed to pay $200,000 to design the work.

“We are now not going to have to do that new lane," said county Project Manager Cal Oyer.

The county has concluded that improving the intersection of S.C. 41 and Joe Rouse Road should provide the same traffic relief as adding a lane, and the work could be completed more quickly and at a lower cost — less than $1 million instead of $3 million. There would be no need for a federal wetlands permit, or the traffic delays that would come with a road-widening project.

“Advanced traffic modeling showed that if we made some changes to the intersection of Joe Rouse and 41, then we’ll be able to deliver just as good traffic relief as if we put that extra lane," Oyer said.

It's the same intersection that Mount Pleasant spent more than $1 million to improve just two years ago.

That project added a lane at the intersection to allow dual left turns from Joe Rouse Road onto southbound S.C. 41.

He said the more than $1 million the town spent on that intersection just two years ago wasn't wasted money because "the improvements we made previously would have been required to make these (proposed) improvements."

The planned intersection improvements at Joe Rouse Road and S.C. 41 are aimed at short-term traffic relief along a two-lane road that serves a number of large subdivisions — the source of much of the traffic. The county projects that the changes could shave nine minutes off a 4-mile drive on southbound S.C. 41 from Harpers Ferry Way to Gregorie Ferry Road.

During morning rush hour, traffic is typically crawling along bumper-to-bumper on that route. It can take nearly 15 minutes to go 4 miles, according to the county.

The long-term plan calls for widening the road to four lanes and dramatically redesigning the intersection of S.C. 41 and U.S. 17. The widening plan has been contentious, as different communities and subdivisions try to keep traffic from being directed through their neighborhoods.