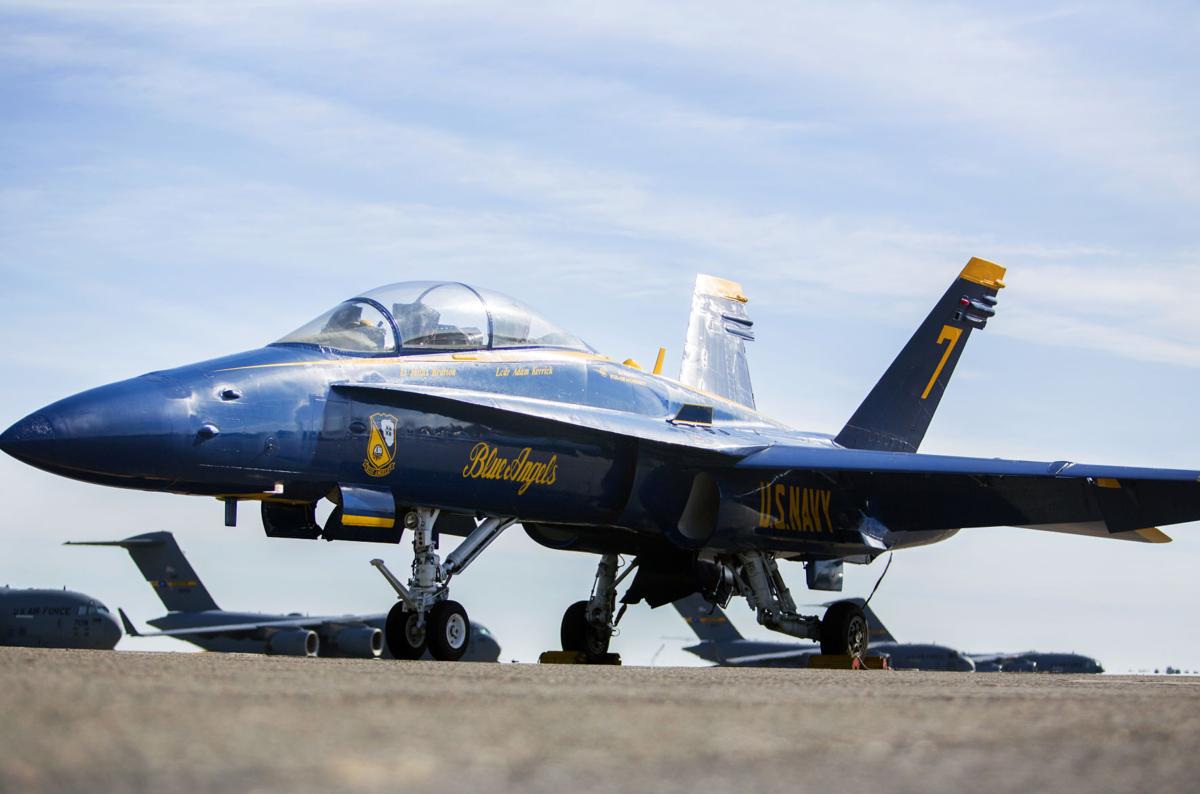 A Blue Angels F-18 is parked on the runway at Joint Base Charleston on Tuesday, Nov. 26, 2019, in North Charleston. U.S. Navy Blue Angels' officers flew to the base to conduct a site visit before their performance in the 2020 Air & Space Expo. Gavin McIntyre/Staff 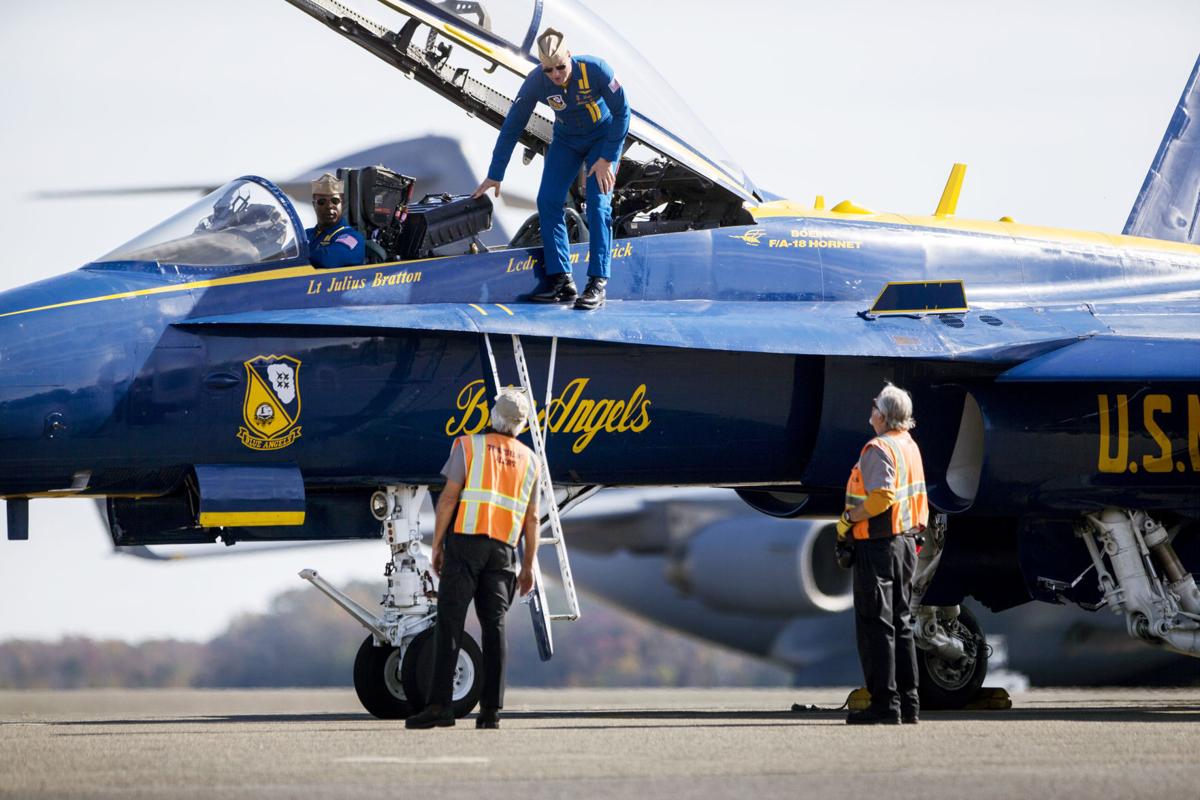 A Navy Blue Angel F-18 ripped through the Charleston sky Tuesday in preparation for the 2020 Air Expo.

Lt. Cmdr. Adam Kerrick and Lt. Julius Bratton landed the jet to discuss safety protocol and logistics with Joint Base Charleston for their performance at the air show April 18-19.

Plans for the Blue Angels performance come 12 years after one of their planes crashed during an air show in Beaufort, killing the pilot and injuring eight attendees. In 2016, another one of the Navy jets crashed in Smyrna, Tenn.

"With any air show there is always inherent risk," said Lt. Col. Lloyd Richardson, the air show director for Joint Base Charleston. "That is one thing that makes it spectacular, the fact that we're dealing with machinery."

Kerrick referred to the plane as his "daily driver," and he takes it to meetings around the country as he helps plan for Blue Angel performances.

The F-18 that flew into Joint Base Charleston came from the Naval Air Station in Pensacola, Florida. The jets costs anywhere from $29 million to $57 million, depending on features. It was built by Boeing, which has a major manufacturing presence just outside of the air base's fence line.

Kerrick said the main issue to discuss before a big show is Federal Aviation Administration protocol.

Since the founding of the group in 1946, 21 pilots and crew members have been killed during performances and training. Four others have died in combat.

"There's a lot of safety protocol we follow," Kerrick said. "It's similar to getting ready for a sports game. You have to get in the zone and get ready for the task at hand."

On April 21, 2007, Lt. Cmdr. Kevin Davis crashed his F-18 into a residential neighborhood outside of the Marine Corps Air Station in Beaufort. A temporary decrease in blood flow to his brain caused by the gravitational pull likely caused Davis to experience tunnel vision and become disoriented, according to military investigators.

Blue Angels to return to Beaufort after fatal crash

During the demonstration team's final maneuver of the show, Davis broke formation and crashed. Flaming debris rained on homes. Eight people on the ground were injured.

During their latest show in 2010 over Charleston Harbor, rumors that one of the planes flew under the Arthur Ravenel Jr. Bridge worried some residents. One of the pilots decried the rumor, saying that performing such a stunt would be unsafe.

The 2020 show will stay at Joint Base Charleston; there won't be a harbor performance.

"We're excited to be here. I love Charleston," Kerrick said. "We're ready to put on a good show for y'all."

Every Army drill sergeant is trained at Fort Jackson. Women are shaping the role's future.

In 10 weeks, an estimated 88 percent will graduate from the physically rigorous and academically demanding Drill Sergeant Academy at Fort Jackson in Columbia. The Army wants, and needs, more of them. Women are stepping up to fill that void.