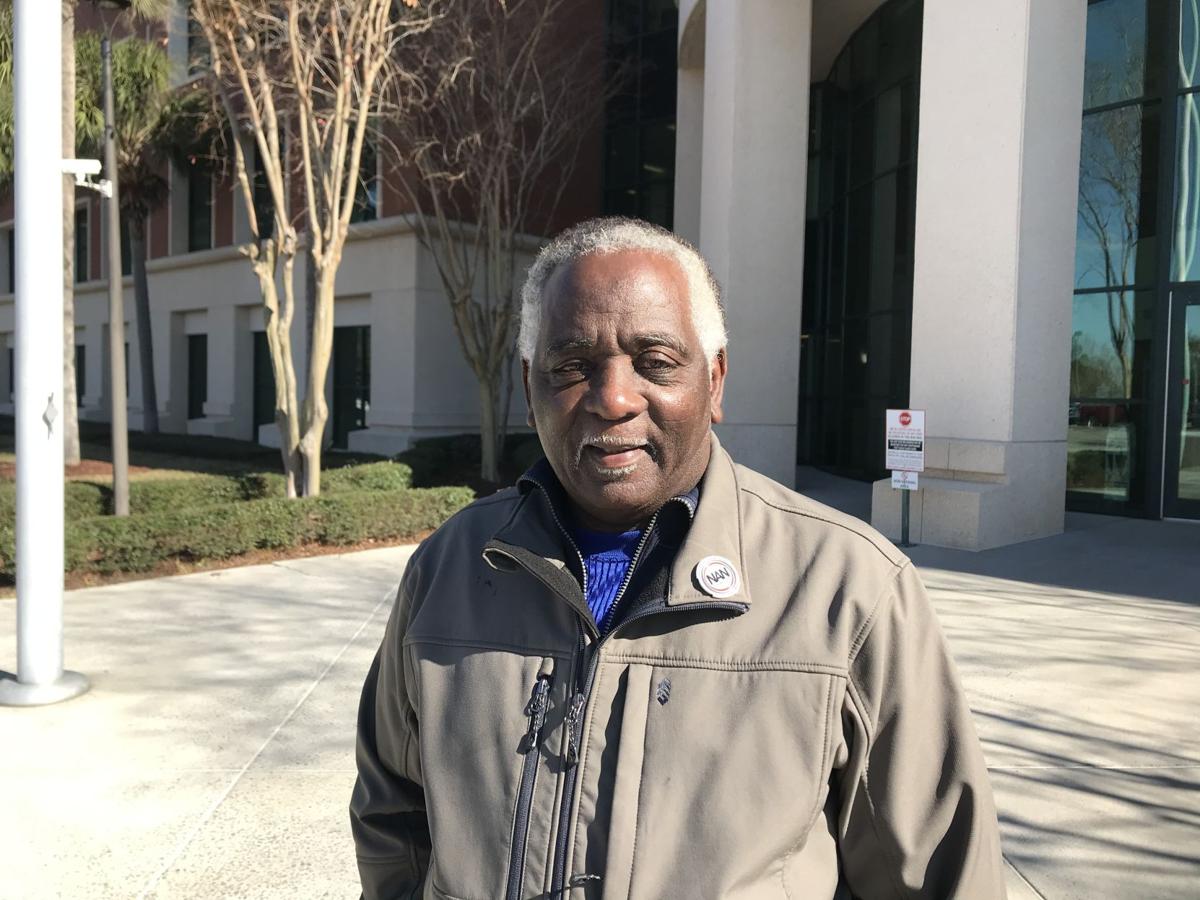 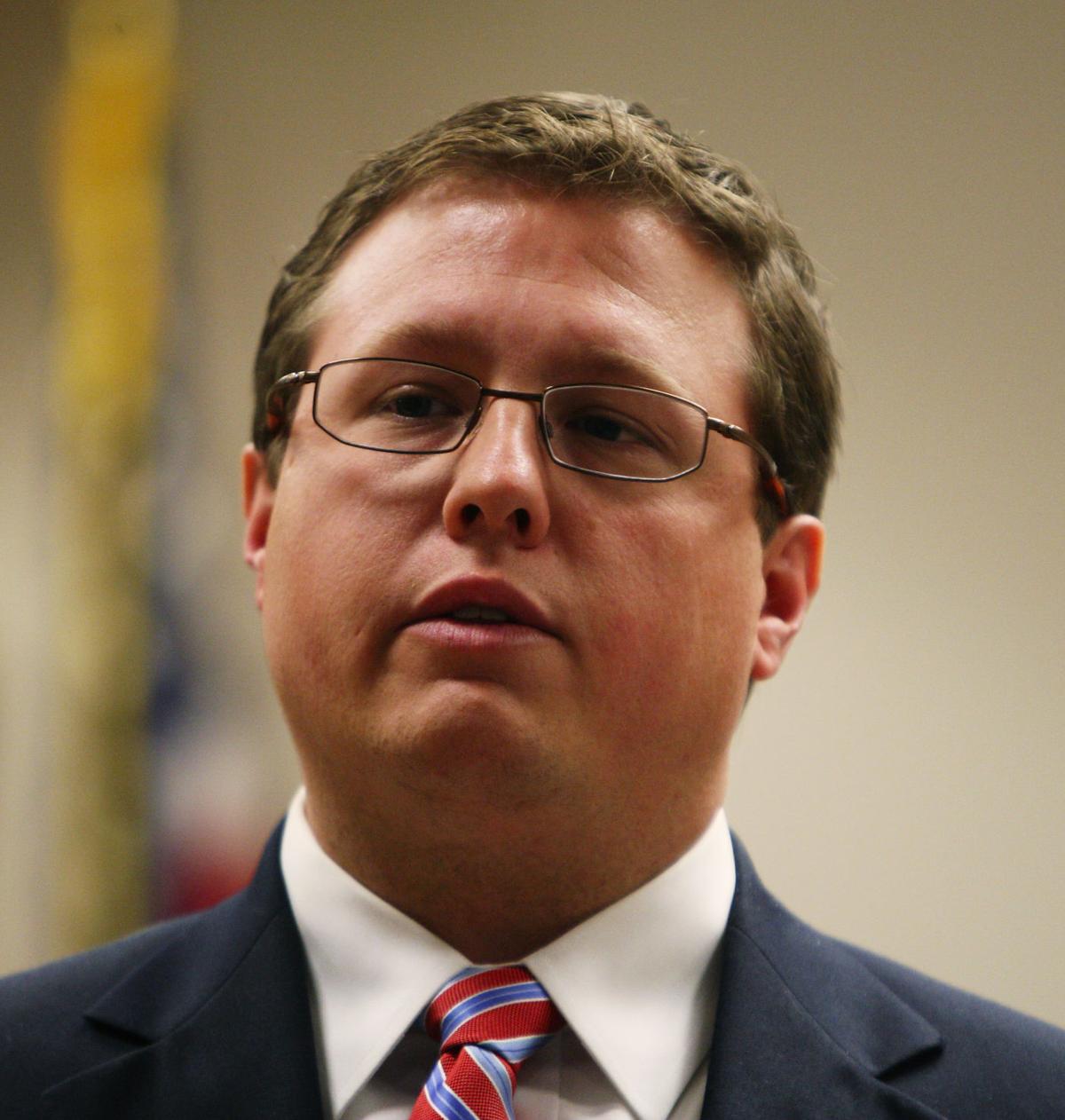 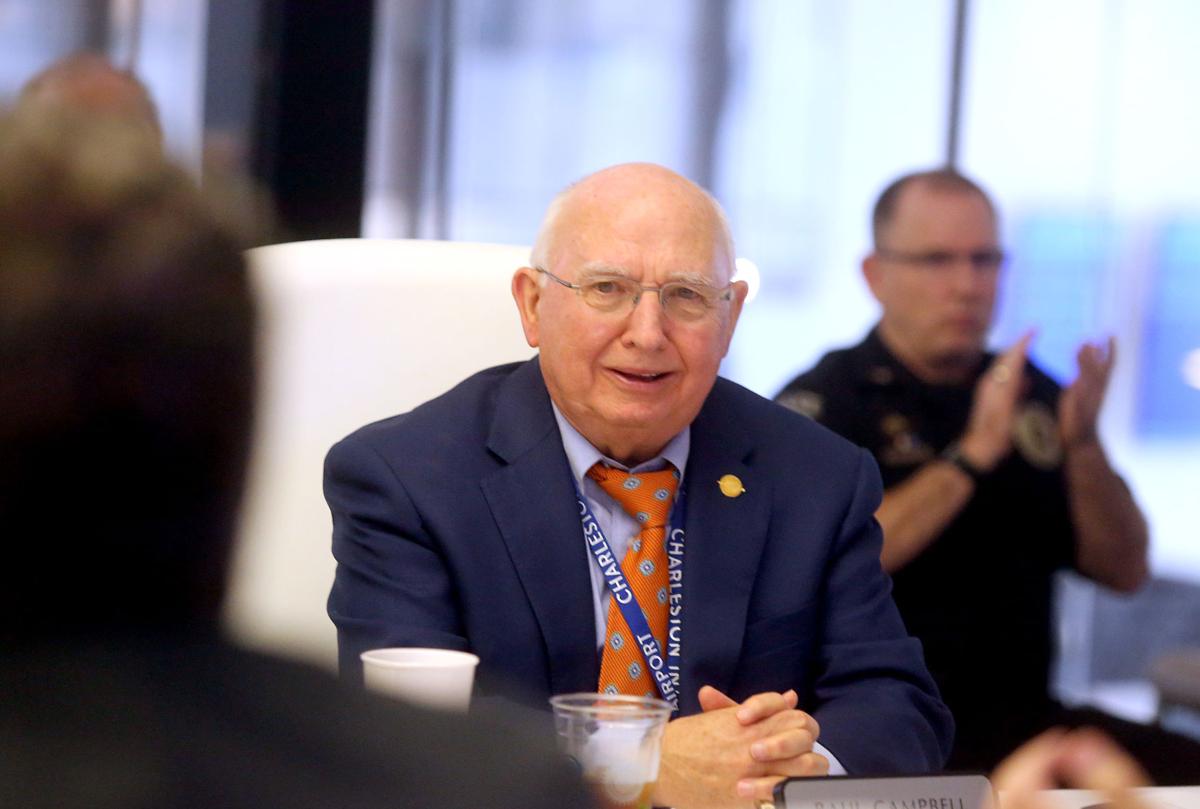 Paul Campbell, Charleston County Aviation Authority CEO, will stay on the job until his contract ends June 30. He will then continue as an adviser through the end of 2020 to help Charleston County Council Chairman Elliott Summey transition into his role as the agency's new leader. Brad Nettles/Staff

Note: A previous version of this story included a file photograph of Elder James Johnson of the National Action Network along with others from an event held last year. The two others in the previous photograph, Beverly Gadson-Birch and Robert Crawford, did not attend the press conference held Jan. 28 in which Johnson protested the hiring of Charleston County Council Chairman Elliott Summey as the new CEO of Charleston County Aviation Authority.

Johnson emphasized he doesn't have anything against Summey personally, but he questioned Summey's selection as the new CEO of Charleston County Aviation Authority without the agency going through a formal selection process.

The board voted Monday to name Summey as the new CEO, starting July 1 when current CEO Paul Campbell steps down from his $300,000-a-year job after seven years.

"The community is calling me about this white privilege and the lack of due process," Johnson said. "This is the good ol' boy system, and the community is not putting up with it anymore."

Johnson said he believes Summey, the son of North Charleston Mayor Keith Summey, got the nod for the CEO job because of his name.

"My question is: Is he qualified?" Johnson said during a brief press conference Tuesday in North Charleston. "The airport is not just dealing with airplanes, but also with bringing businesses to the community. Is he qualified to go around the world to get new businesses?"

He said the group is tired of the system where members of the Summey family continue to gain favor in appointed positions and he challenged the process that didn't consider outside candidates.

He pointed out that Summey's mother, Debbie Summey, served as a Charleston County magistrate, handling misdemeanors and lesser civil matters, before stepping down in 2012. That position was filled by Elliott Summey's sister, JoAnna “Annie” Summey-Fuller, by the local Senate delegation that same year. She continues to serve.

Johnson plans to meet with lawmakers from Charleston County to see what can be done to change the process of selecting the head of the Charleston International Airport.

Summey was selected Monday by the 11-member airport board on a 6-2 vote with one abstention, one absence and one member resigning in protest over the selection process.

Board member Paul Thurmond countered that the law that set up the Aviation Authority does not require the agency to perform an open search for the CEO position.

The board's decision to offer Summey the job at a salary of $290,000 has not sat well with members of the public either.

"An entity as big as that needs folks with professional experience," said Bo Schupp of Moncks Corner. "What qualifies Summey to do this? We need an open process to get the most qualified person."

Nathan Davis of North Charleston called the hiring process "disgusting. It's just a pure political boondoggle. It's wrong to do it this way."

The board selected Summey after a 40-minute, closed-door meeting Monday. His hiring came quickly after the board first discussed offering Summey the CEO position in another closed meeting on Thursday.

Campbell, a state senator and former Alcoa executive, said Tuesday that Summey first approached him a few months ago about becoming the new CEO.

"He’s a good guy to do it," Campbell said. "He’s not an engineer, but he’s an astute person. I don’t know if he understands how difficult it can be at times, but I think he will do all right."

Helen Hill, chairwoman of the airport board, said Summey brings his experience as a businessman and politician to the table and is capable of running the growing airport, which has doubled in passenger growth to nearly 5 million ticket holders over the past seven years.

She called it "fortunate" that the agency did not have to look beyond "our own board for a talented and qualified individual. ... Summey brings a unique skill set that aligns perfectly with what the board seeks, and expects, of its next executive director/CEO."

Summey, who said he will not seek reelection this year, plans to remain as chairman of County Council until his term expires Jan. 5.

Letters to the Editor: Choice of Elliott Summey as CEO of airport questioned

Campbell, who was tapped to lead the Aviation Authority in 2013 just as it was about to embark on $200 million expansion and renovation of the now-35-year-old terminal building, will step down June 30 but continue to serve as an adviser through the end of the year to help Summey transition into the new job.

“The time is right for my retirement for a number of reasons," Campbell said. "We have achieved unprecedented growth in air service and passenger volumes. Our capital projects are operating on schedule and on budget."

He added the agency is performing well financially and a strategic plan for the next decade is in place.

"All that gives me confidence in passing the baton," Campbell said.

Campbell's term as state senator also expires later this year, but he said Tuesday he plans to seek reelection.

Editorial: Another crony gets the top job at the Charleston County Airport

Summey will be coming on board at a time of continued airport expansion.

The agency is currently building a $90 million, five-tier parking deck that's expected to be completed before Thanksgiving.

Over the next five years, the airport also has plans to expand the airline ticket counter space and add a third wing with more gates to serve the increasing number of airlines serving Charleston.

The airport is now served by nine airlines flying nonstop to 28 cities, including London, which British Airways will serve with resumed seasonal flights in late March.