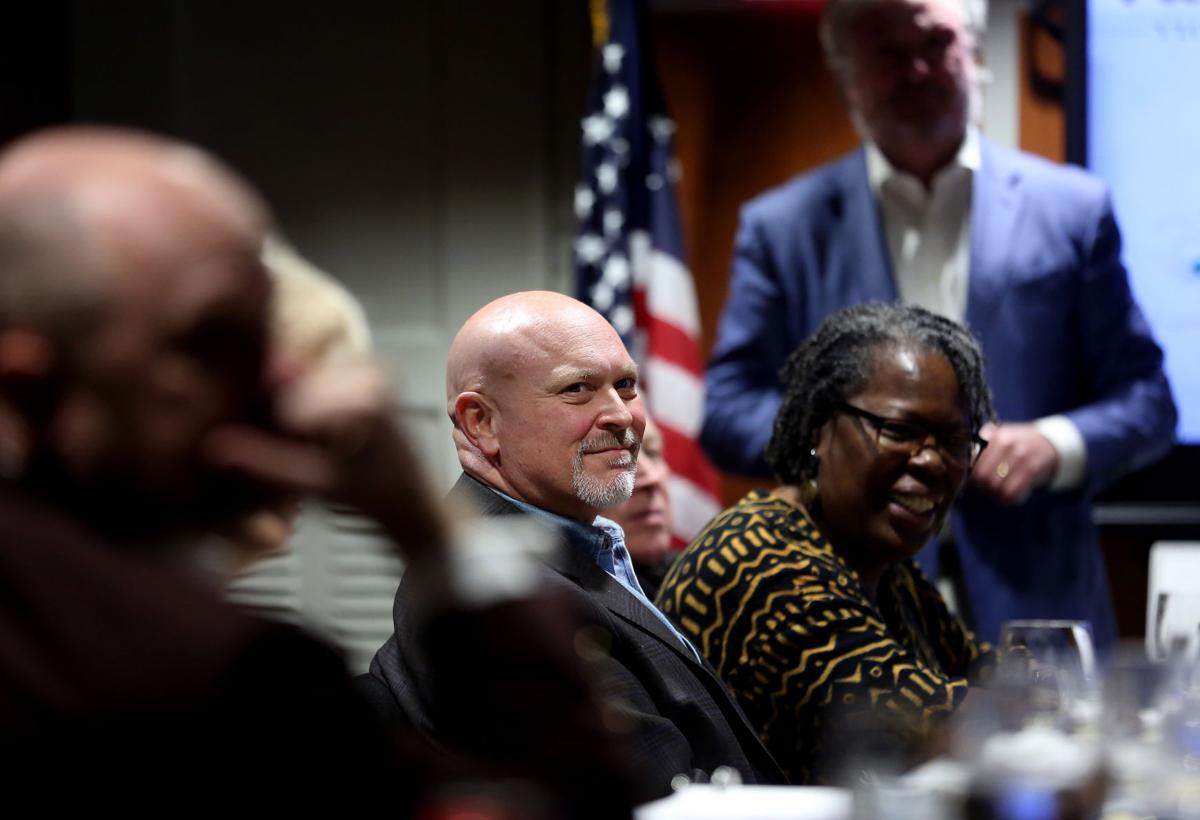 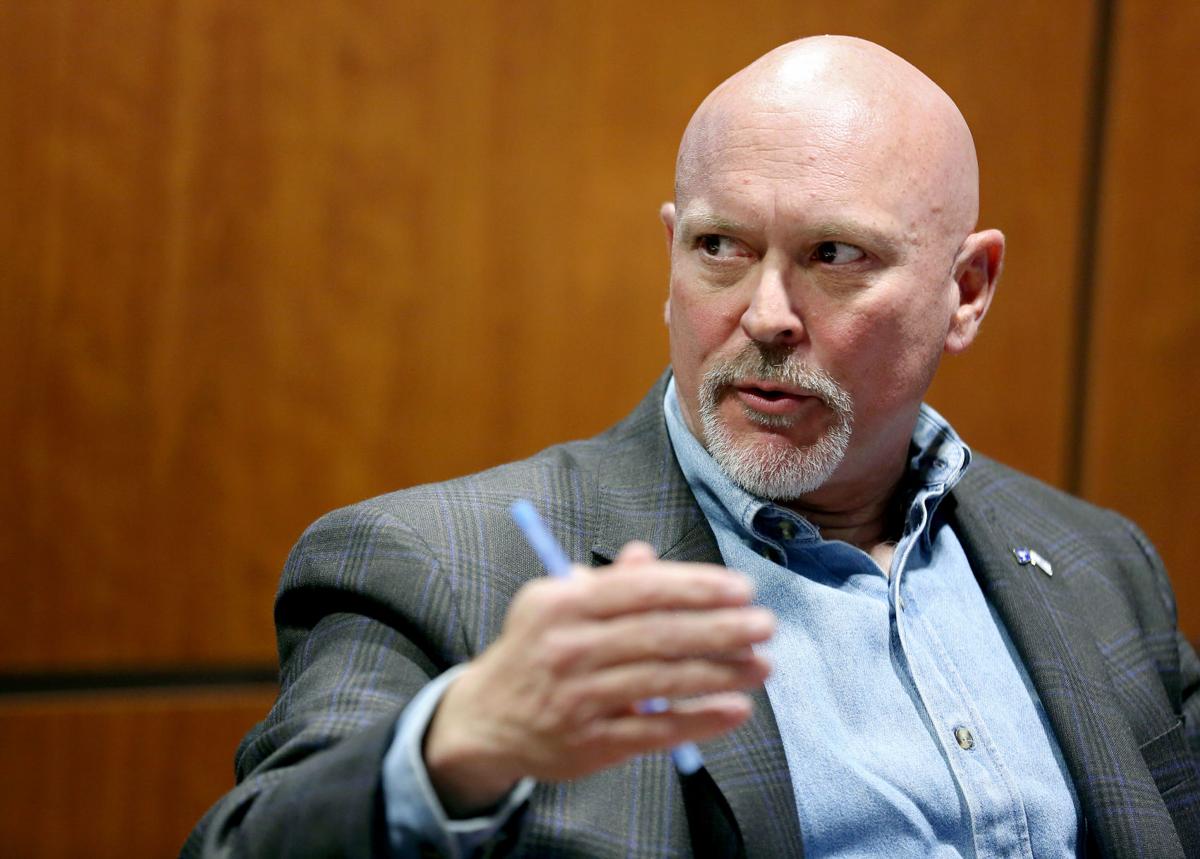 Rep. Alan Clemmons listens to a presentation aboard the aircraft carrier Yorktown concerning the lease between the Patriots Point Development Authority and developer Michael Bennett on Friday, March 24, 2017, in Mount Pleasant. Grace Beahm/Staff

Rep. Alan Clemmons listens to a presentation aboard the aircraft carrier Yorktown concerning the lease between the Patriots Point Development Authority and developer Michael Bennett on Friday, March 24, 2017, in Mount Pleasant. Grace Beahm/Staff

Israel's biggest supporter in a U.S. state legislature is a 58-year-old Mormon attorney from Myrtle Beach.

Rep. Alan Clemmons has made South Carolina a national testing ground for pro-Israel legislation. He’s traveled to Israel four times and met with Prime Minister Benjamin Netanyahu and other lawmakers in Israel’s national legislature. Last year, he helped draft the 2016 national Republican Party platform on Israel, parts of which have been adopted by President Donald Trump.

On Wednesday, Clemmons, a Republican, visited the United Nations in New York — along with former South Carolina governor and new U.N. Ambassador Nikki Haley — as a special guest for an event sponsored by the World Jewish Congress.

While Clemmons might not receive much attention in South Carolina outside the Statehouse, he is seen as an outsized influence in many pro-Israeli circles nationally and internationally for his legislation. The S.C. House passed his bill defining anti-Semitism in South Carolina last month, and his state resolution adamantly stating that Israel and its citizens can’t be occupiers of the West Bank and Gaza Strip — which international law considers occupied territory — was passed in 2011.

His fame grew with a first-of-its-kind bill in 2015 that bans South Carolina from contracting with companies that have relented to public campaigns seeking to boycott products from Israel and Israeli settlements, something Haley has now been praised for signing into law.

Now, 17 other states have adopted his anti-boycott legislation.

“He’s a special guy, a pioneer,” said Joseph Sabag, national director for the lobbying organization Israel Allies Foundation who has worked with Clemmons on his legislation. “He’s very unique, and at this point he’s widely regarded as being the leading pro-Israel policy maker in the United States at any level.”

Clemmons sees his work on these issues as a pushback against what he calls “a tidal surge of anti-Semitic expression” in the United States and abroad.

That anti-Semitic behavior, he said, includes recent actions at the United Nations when the Security Council voted to pass resolution that condemned Israeli settlement construction in East Jerusalem and the West Bank in December — a move made possible by President Barack Obama’s administration abstaining from the vote.

“There is a great deal of anti-Semitism in the world today,” Clemmons said. “It’s reflected no greater in any venue other than the United Nations, in my opinion.”

Clemmons, however, readily admits his work on pro-Israel issues started out more as an attempt to turn the caustic international issue into a political weapon in South Carolina.

He thought his first state resolution declaring Israel wasn't an occupier in 2011 would divide the Statehouse down party lines and tie Democrats to the Obama administration’s international stance on Israel ahead of 2012 General Assembly elections.

Instead, it passed overwhelmingly.

Soon, Clemmons was receiving letters of support from Israeli lawmakers and being invited to the Middle Eastern country. He visited the small nation, which he jokes could be toured in a day, and became friends with his Israeli hosts.

Before that first trip to the Holy Land, he said, his faint interest in Israel was largely based on his own personal religious beliefs and his readings of the Old Testament. He believed Jewish citizens in Israel, or even the West Bank, can’t be considered occupiers because the Bible says the land is their homeland.

But after meeting with Israeli representatives, Clemmons' devotion to the cause took on new meaning.

"What previously had been a scriptural-based support for the Jewish nation and a rudimentary understanding of the struggles of Israel in the Middle East was fleshed out in living color," Clemmons said.

He refers to the contested territory of the West Bank by its Biblical name of Judea and Samaria, and flies the Jewish state flag outside his beach-side law firm.

Dov Waxman, a professor of Israeli studies at Northeastern University, said it’s not uncommon for someone outside the Jewish faith to be more boisterous on issues related to the Jewish state. The fastest-growing pro-Israeli group in the country, he said, is an evangelical Christian organization in Texas.

“His views are typical of more hard line evangelical Christians, for example, who in the past have taken a very uncompromising approach to the conflict believing that this land is given to the Jews by God,” Waxman said.

To some degree, Clemmons said his adamant support for Israel is also tied to his experiences as a member of another minority religion in the United States.

"My faith in modern times started in the 1830s,” Clemmons said, referring to Mormonism. “So we don't have the tenure that the Jewish faith does, but there are a lot of similarities of struggle. So, certainly, that draws me close."

Rep. Beth Bernstein, a Columbia Democrat who is the only current Jewish lawmaker in the General Assembly, said she and Clemmons have not seen eye to eye on many issues but she appreciates his work on Jewish issues.

“I embrace it. I think it’s wonderful,” Bernstein said. “I’m not sure what his motivation is or what drew him to this issue, but I think it’s had a lasting effect on him.”

South Carolina had one of the largest Jewish populations in the country during the early 1800s, and Charleston, as a large Southern port city, was the site of one of the earliest Jewish congregations in the nation.

Data put together by Brandeis University shows that most of South Carolina’s Jewish population — around 10,700 of the state’s total 21,300 adults — live in Charleston or along other parts of the coast, like Clemmons’ district in the Grand Strand. About 40 percent of South Carolina's Jewish population identify as Democrats, while less than 25 percent consider themselves Republicans, according to the data.

Jewish and Israel issues may be a recurring theme in Clemmons' work, but he’s also worked on other issues, including tourism development and Interstate 73, a pair of vital issues along the Grand Strand.

Brad Dean, chief executive of the Myrtle Beach Area Chamber of Commerce and a longtime friend of Clemmons, said he knows him first as a pro-business Republican. Clemmons is currently a state chair with the American Legislative Exchange Council, a pro-industry group that pushes legislation around the country.

Clemmons has found himself at the center of major debates on other issues, ranging from the state's voter identification law, which ultimately wound up in federal court, to pro-gun bills that sought to protect people's weapons from debt collectors during bankruptcy and mandate three weeks of instruction on the Second Amendment in South Carolina schools.

But it's pro-Israel work that has made the biggest mark.

His anti-boycott bill could be law in half the states in the country by the end of the year, including Texas, Arkansas and North Carolina, which are currently considering the measure. Clemmons is already considering new legislation that would expand the law by making it illegal for state investments or retirement funds to be spent on companies going along with the boycott efforts.

Stories about the Palmetto State lawmaker have been published in The Jerusalem Post. He’s become involved with groups like the Israeli-based Yesha Council, an organization that represents Jewish settlement movement.

Earlier this year, Clemmons was invited to a pizza parlor in Jerusalem, where the owners were hanging one of the “South Carolina Stands with Israel” license plates that he got passed in the Legislature.

"When Allen goes to Israel," Sabag said "everybody wants to meet with him."