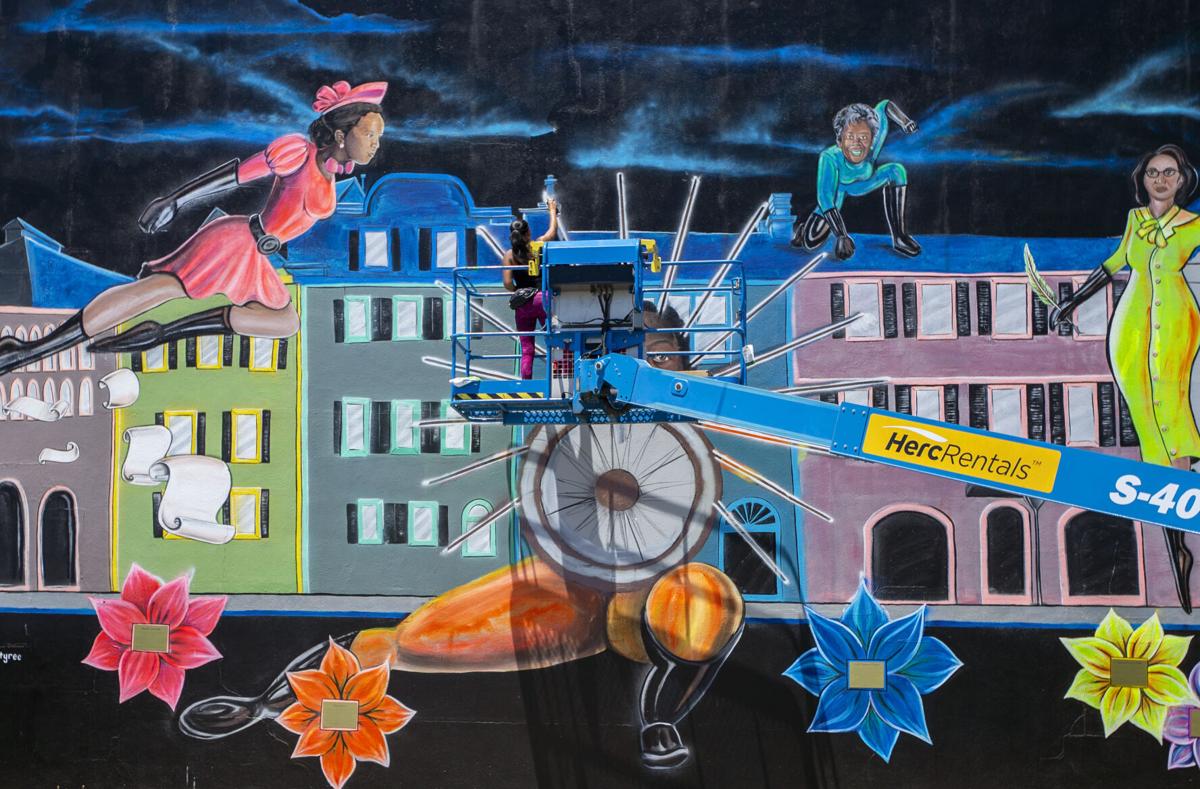 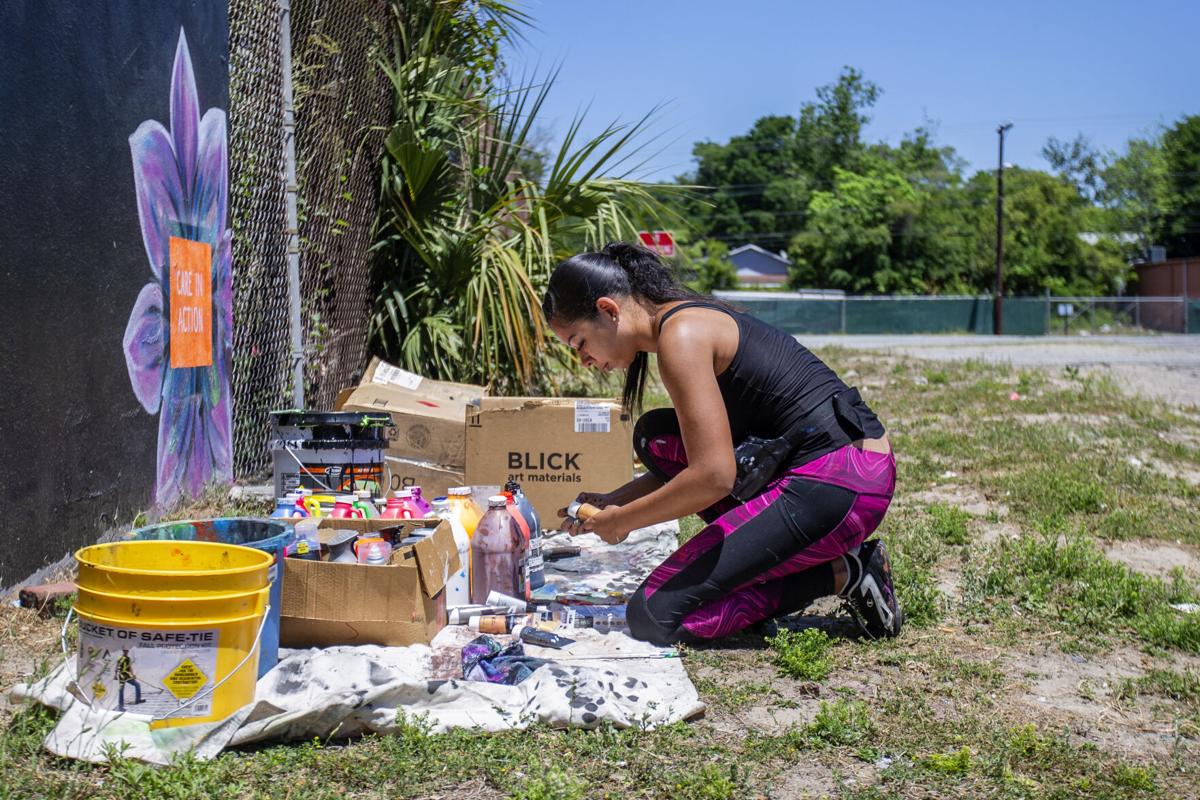 Janeva Tyree gets painting supplies together for a mural celebrating Charleston's African American women civil rights leaders on the wall of Revel Time Ministry along Rivers Avenue on Saturday, May 1, 2021, in North Charleston. Gavin McIntyre/Staff 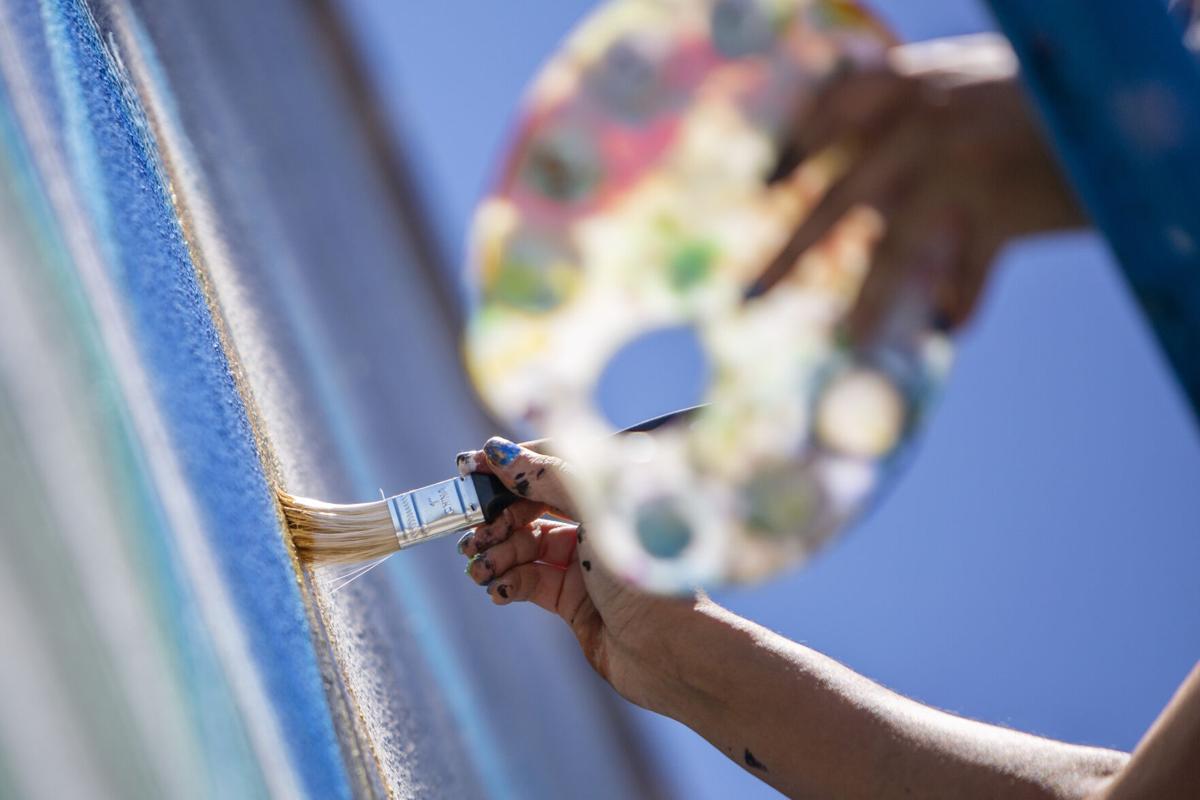 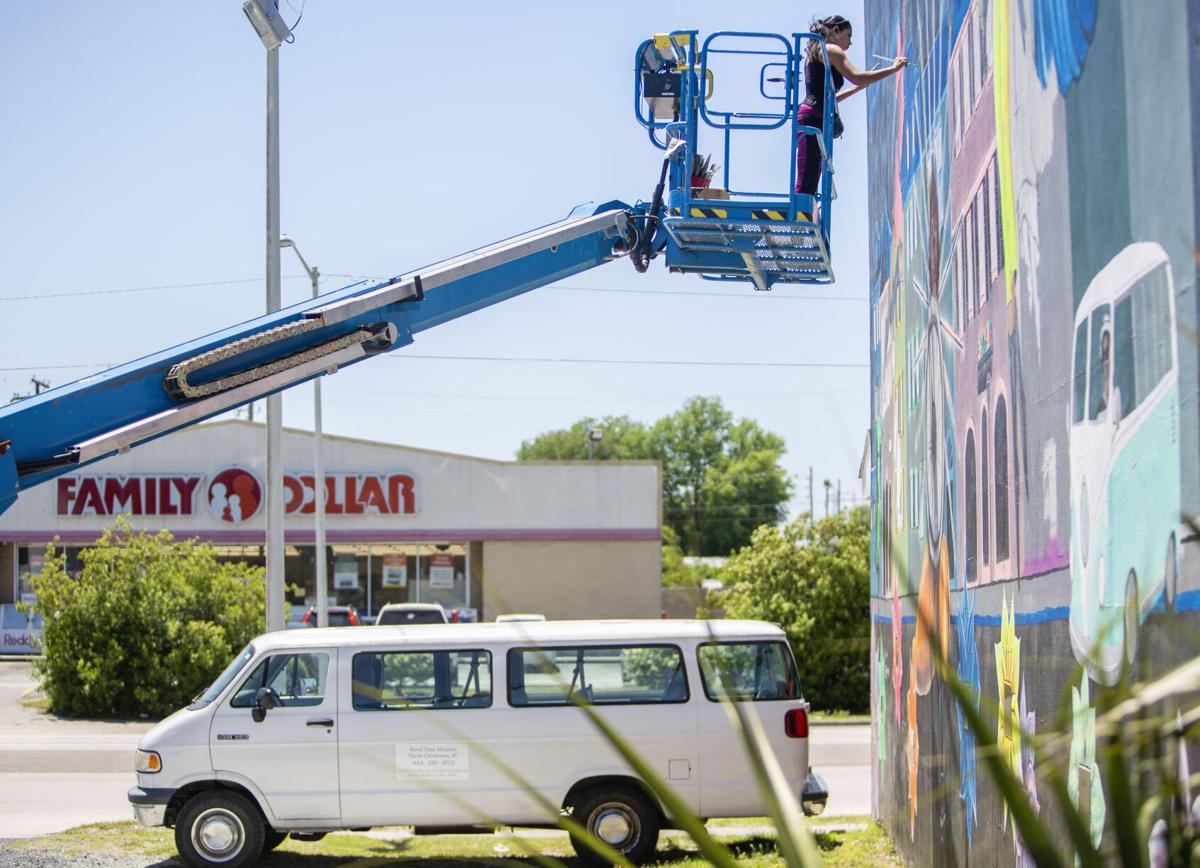 NORTH CHARLESTON — It's a bright spot on the city's southern end that highlights the Lowcountry's civil rights leaders.

A new mural hopes to provide some uplift in the Chicora-Cherokee neighborhood, a community with a history of criminal activity but also one where residents have worked to create a safer environment.

“This neighborhood needs some tender love and care," said muralist Janeva Tyree. "It seems like it hasn’t had that in a while."

The artwork is the latest project from Tyree, a Charlotte-based artist.

The work, located on the side of the Revel Time Ministry church building at 3320 Rivers Ave., is a colorful piece that highlights six African American female civil rights leaders from the Charleston area.

Adorned with capes, the women are shown flying and displaying superhero-like powers.

“They are real-life superheroes," Tyree said. "So I turned them into superwomen.”

The painting includes plaques that contain information on each figure. The mural also includes illustrations of familiar Lowcountry symbols, such as Charleston's Rainbow Row and the 1966 Volkswagen Microbus used by Esau and Janie Jenkins.

One purpose of the artistry is to educate people on Black history.

Maria Reyes is state director for the nonprofit Care in Action, which advocates for women of color who are domestic workers.

The North Charleston painting is part of a larger initiative started by Reyes to create murals that promote African American women and their role in civil rights struggles.

Black women have been marginalized and their history is not often shared, Reyes said.

"I didn't learn who Septima Clark was until my 30s," Reyes said, noting she didn't study the monumental civil rights leader and educator in South Carolina public schools.

Inspired by Tyree's work on a Black Lives Matter mural in Florence, Reyes asked the artist to do a mural in Columbia that features prominent African American leaders, such as educator Mary McCleod Bethune.

The six figures featured in the North Charleston painting are:

The location of the bright, acrylic painting is intentional. North Charleston's Chicora-Cherokee neighborhood, a historic community, has struggled with crime. Many in the neighborhood and surrounding communities live in poverty.

“Those are the people who need to see something positive every day," Reyes said.

Revel Time Ministry Apostle Darlene Fobbs, who said the church has been at that location for 11 years, has witnessed the neighborhood's difficulties.

Fobbs said the inspiring image on the church's building will help create a more positive environment.

"It'll change the atmosphere," she said. "Colors have a way of brightening up a place."

The work, also intended to encourage girls, has already made an impact. Several children have stopped to look at the painting, Tyree said.

"It melts my heart," she said.

Reyes said it's important for women to know they can achieve their dreams.

“It should be normal for all young Black girls to see (Black women) in every place of power," Reyes said. "Not just cooking the food and changing the diapers.”

SCDOT to hand over ownership of parts of Reynolds, Spruill avenues to North Charleston