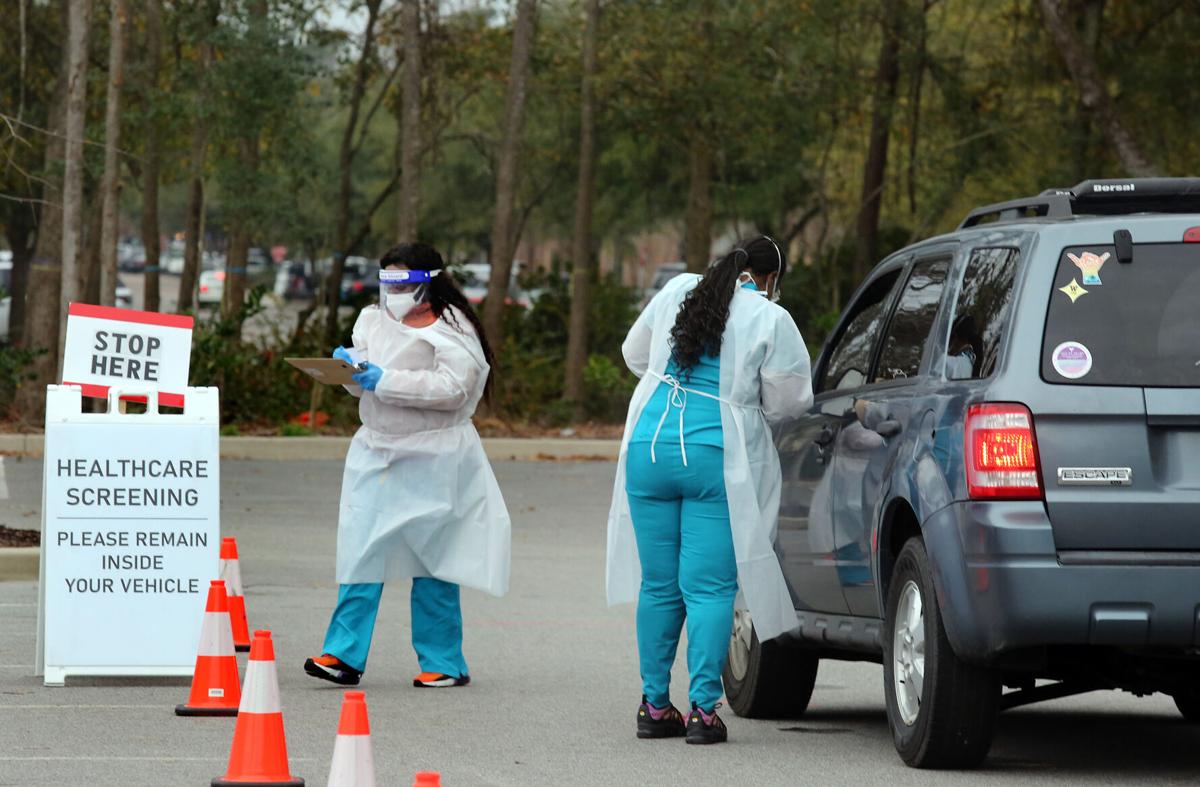 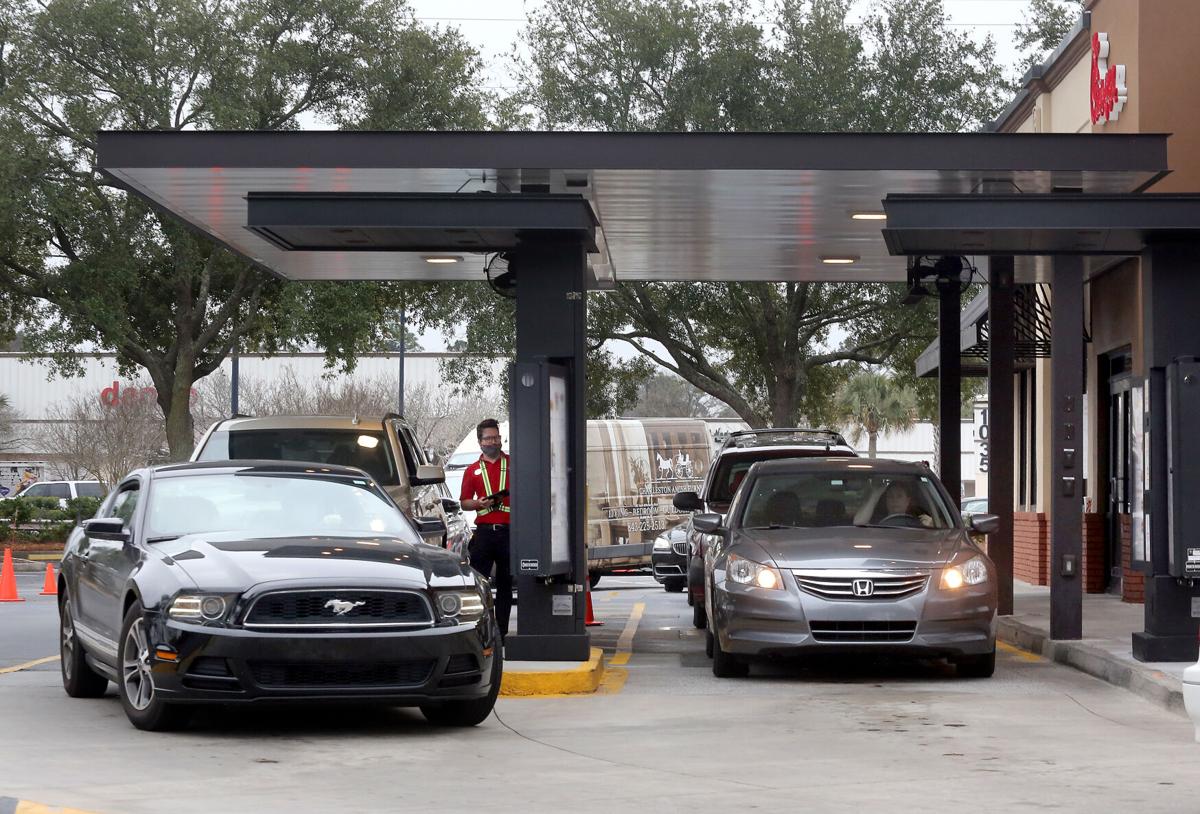 The fast-food chain with locations in town on Johnnie Dodds Boulevard, Long Point Road and Ironclad Alley has tapped into an even higher level of productivity since the dining rooms have been closed to the public due to the COVID-19 pandemic.

Rows of headlights backed up to the main road can meander through the seemingly daunting line in a matter of minutes, a feat that comes to fruition at the hands of a bevy of neon traffic vest-wearing servers who have transitioned from spots behind the cash registers to their place within an organized system on the asphalt.

One man in charge of that system is Chick-fil-A manager Jerry Walkowiak, who was recently summoned by Mayor Will Haynie to use his drive-thru line prowess to assist with a busy COVID-19 vaccine clinic operation across the street.

The drive-thru clinic, organized by East Cooper Medical Center CEO Patrick Downes with assistance from Roper Hospital, Medical University of South Carolina and the town of Mount Pleasant, was in the Seacoast Church parking lot on Friday.

Walkowiak, among Rotary Club volunteers, directed the snarled traffic caused by a computer glitch that left people waiting up to an hour.

"I had said that what we were essentially doing was reinventing the Chick-fil-A drive-thru," Haynie said.

Little did he know that notion would be fulfilled, as Walkowiak helped identify the traffic bottleneck and speed up an hourlong wait time to just 15 minutes or so.

Haynie posted a video of Walkowiak — operating partner at the Long Point store and a financial service rep at the Johnnie Dodds location — holding an umbrella and vaccine paperwork as he assisted drivers in the rain. That video garnered attention on Twitter, racking up more than 30,000 views.

Chic Fil A manager Jerry Walkowiak donating his professional drive thru experience to help our vaccination program in Mt Pleasant today. When you need help, call the pros. pic.twitter.com/63RvcVR8KJ

"When you need help, call the pros," Haynie tweeted with the video, which has been picked up by news and radio stations across the nation.

Haynie said he had Google alerts coming in from Seattle to Houston to Orlando, Fla.

"It just went everywhere," Haynie said with a laugh. "You would think the story would be that we’re not only blessed to have the vaccine before many people get it, but you can get it in a drive-thru line from the comfort of your car. But no, the story is that the people who sell chicken sandwiches were running that line."

The Chick-fil-A drive-thru line has been touted nationwide, not just locally, for its efficiency. According to Jared Solid, who leads the company's drive-thru innovation, "The drive-thru experience is all a game of seconds. It's about putting the right people in the right places to shave off unnecessary time."

Chick-fil-A's own "Chicken Wire" publication revealed there are full-scale mockups of the operation at the headquarters in Atlanta, where real cars are driven indoors through a test line to get the process just right.

Within the efficient system, several people work the job of one traditional fast-food employee. There's someone to get your order on a tablet, someone to take your credit card down the line and an assembly line of workers doling out food by the window. Then, there are the folks directing traffic along the way and figuring out the correct vehicle order and how to keep the line moving.

Haynie said there are plans for more drive-thru vaccine lines, including a queue in the same lot when the second dose of the vaccine is given to previous participants on Feb. 12. He hopes a Chick-fil-A representative will be on call this time around, too, to keep things moving smoothly.