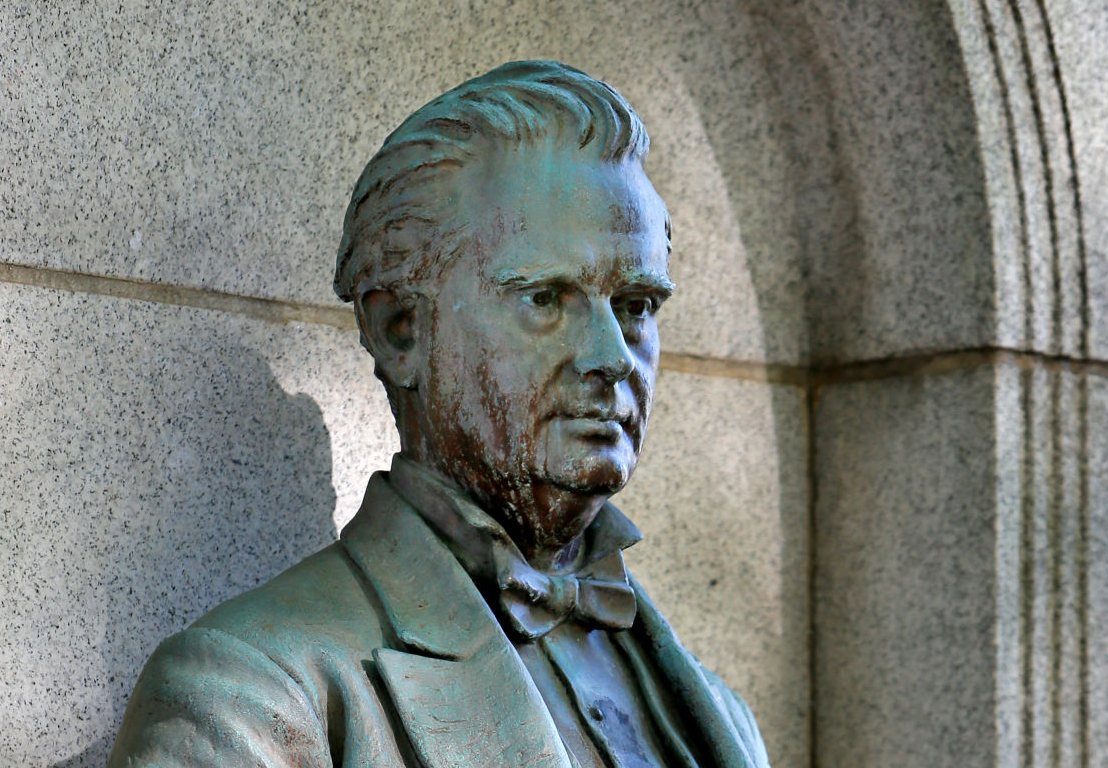 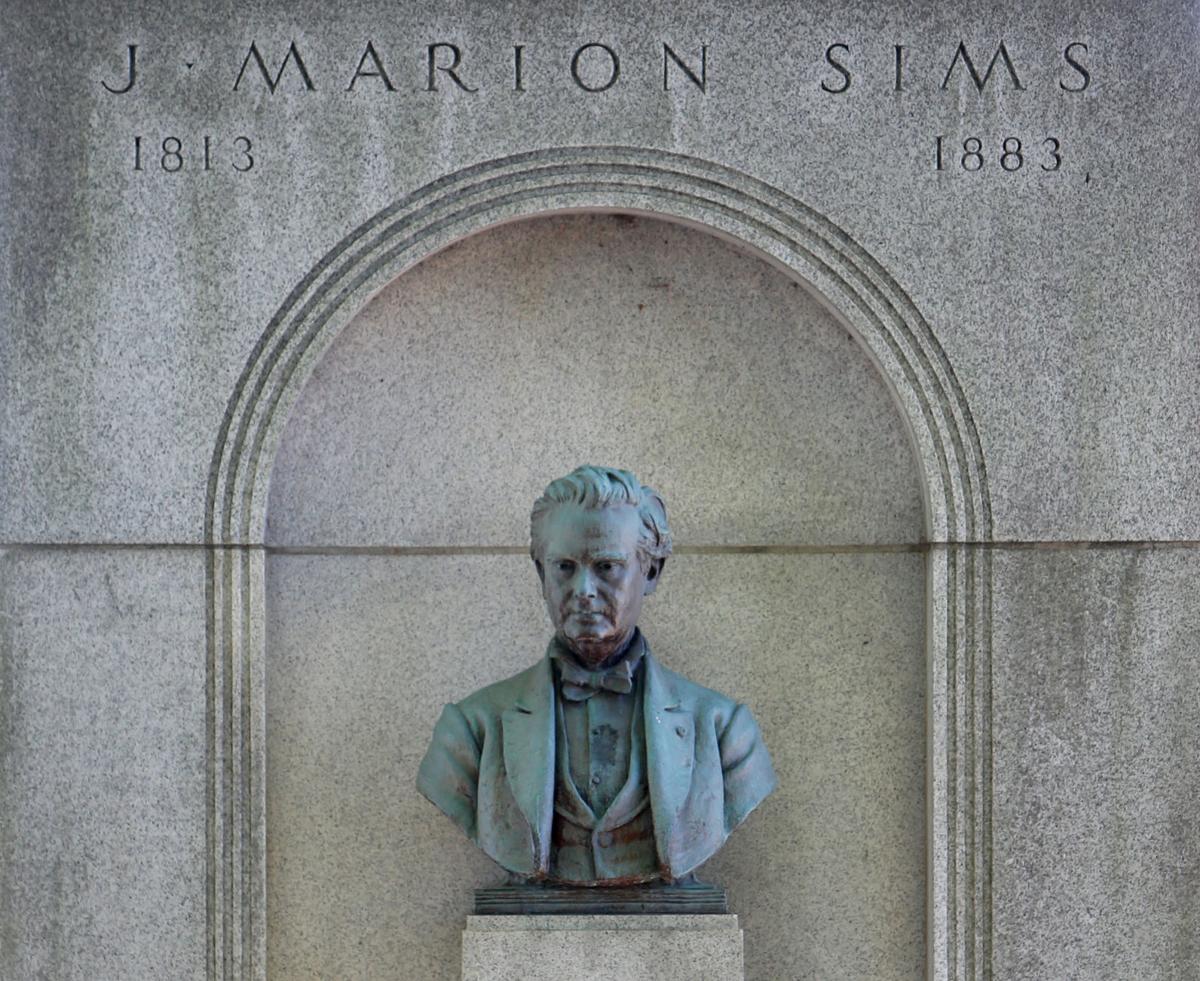 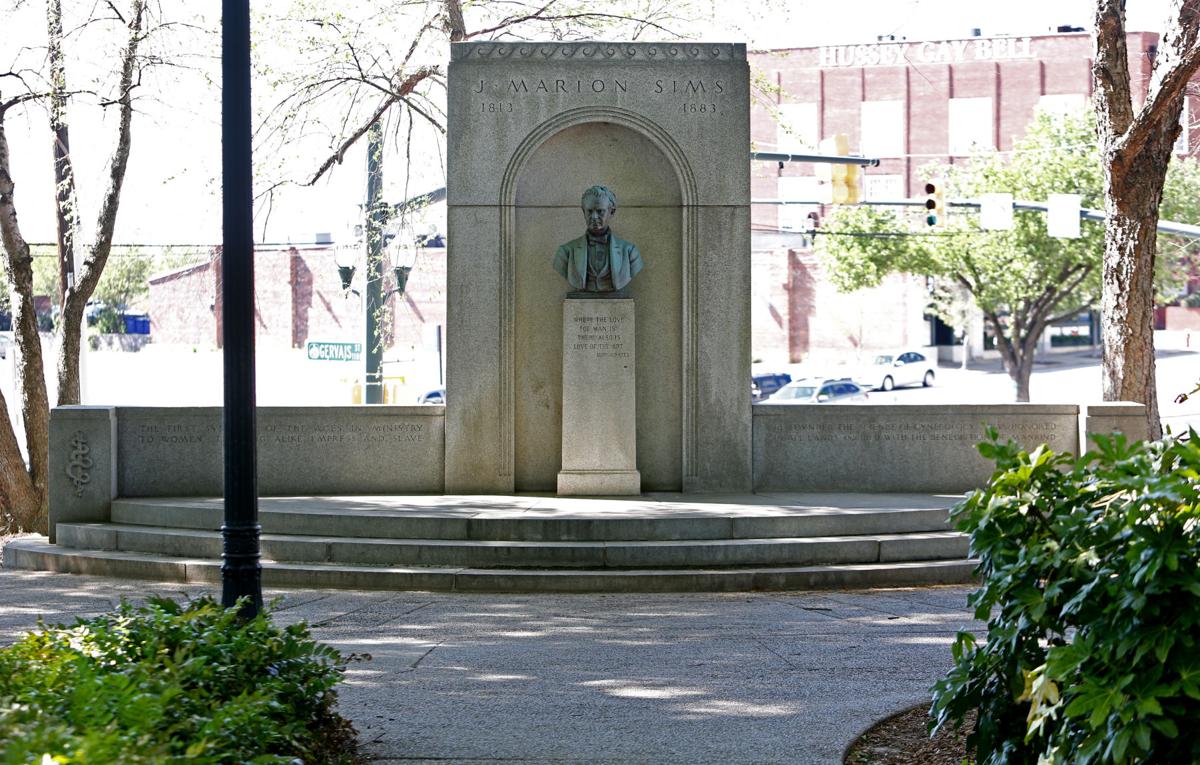 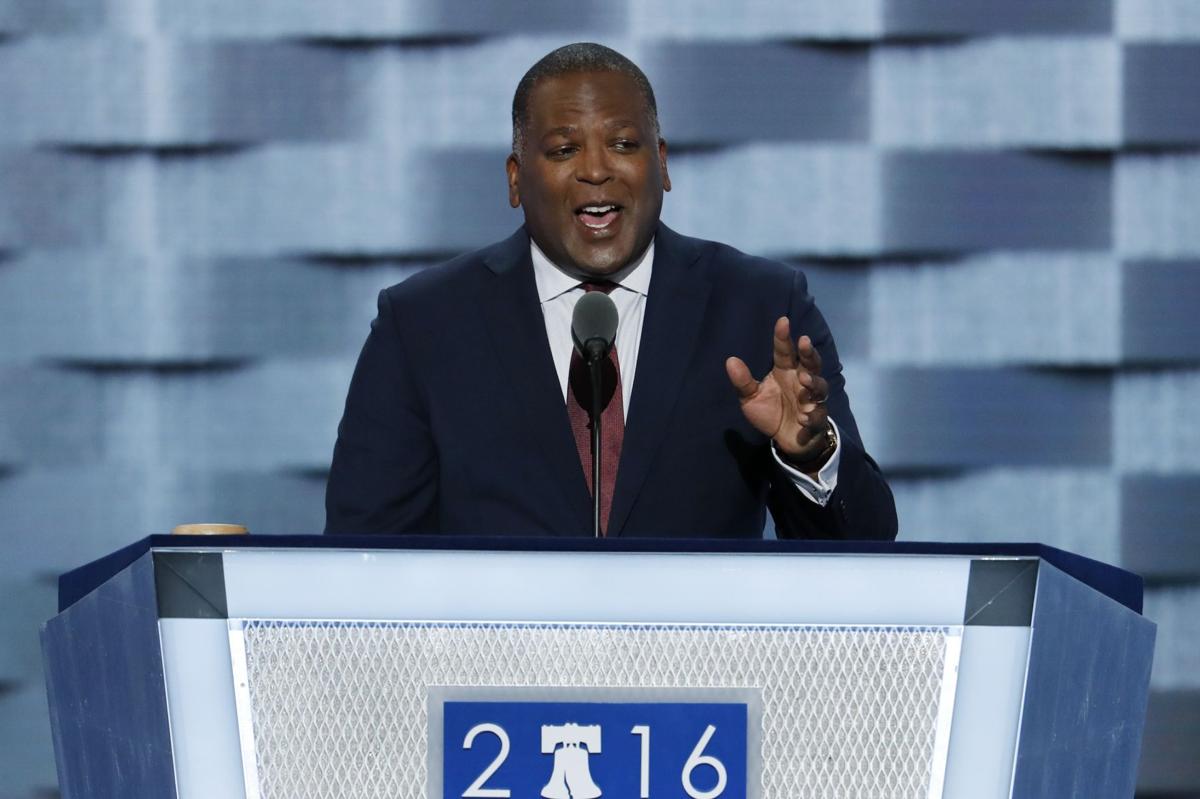 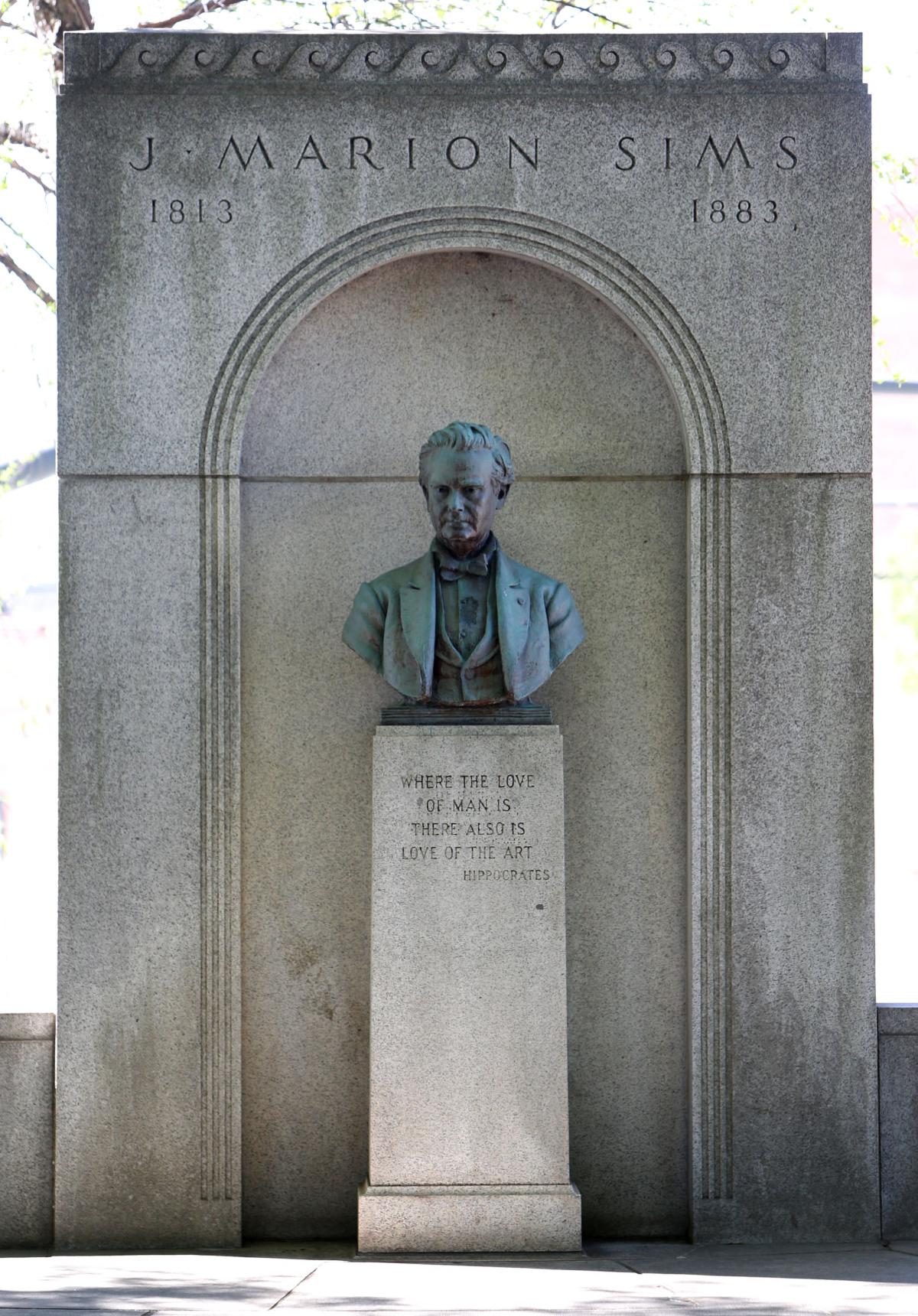 The Confederate battle flag came down from the South Carolina Statehouse grounds two years ago, but Columbia Mayor Steve Benjamin said Tuesday night that another controversial marker in the state capital should be removed.

"There are some statues on our Statehouse grounds that I find wholly offensive," the mayor told MSNBC host Chris Matthews in a televised interview.

"The most offensive statue I find on our capitol wasn't the (Confederate) soldier," Benjamin said. "It was J. Marion Sims."

Born near Rock Hill in 1813, Sims is widely recognized as the "Father of Gynecology." Sims is best known for his invention of an early speculum and for the development of a surgery that cured a complication of prolonged or obstructed childbirth. But he did so by carrying out his experiments on more than a dozen enslaved women without anesthesia or their consent. The Post and Courier reported the story of the state's most infamous physician earlier this year.

Benjamin's comments came as state and municipal leaders nationwide doubled down this week on efforts to remove Confederate monuments from public grounds after violence erupted last weekend over the removal of a Robert E. Lee statue in Charlottesville, Va. The mayor of Baltimore said Wednesday she ordered the removal of Confederate monuments overnight to protect public safety.

Sims was not a Civil War figure, but South Carolina's Heritage Act, passed in 2000, protects his bronze bust nonetheless.

The bust can be found on the northwest corner of the Statehouse grounds. Statues of Sims can also be found in Alabama and on Fifth Avenue in New York City.

Diane Collier, the elected chairwoman of Community Board 11 in East Harlem where the Sims statue sits in Manhattan, N.Y., isn't interested in tearing down the monument in the middle of the night.

"I'm not all about the histrionics," she said. "I'm trying to ward off civil unrest."

But she has, for years, pressed the New York City mayor's office to move the statue from Fifth Avenue to Sims' burial plot in Brooklyn. After all, she said, it's been moved once before during a routine park renovation.

Collier wants to take advantage of the national momentum following the Charlottesville riot, but she wants to use official channels, and specifically would like to see the Columbia mayor and New York City Mayor Bill de Blasio remove both Sims statues at the same time.

"It would be more powerful," she said. "This is a moment you can't allow to pass by."

Marina Ortiz, the founder of East Harlem Preservation, echoed Collier's desire to move the Sims statue as soon as possible. Ortiz said her group has been meeting with local legislators in New York this week and hopes to hold a news conference soon.

"We are really pushing for this," Ortiz said. "We do want it down now. We wanted it down yesterday."

But removing the monument in Columbia might prove more challenging.

South Carolina's Heritage Act protects all monuments named for historical figures or events. A two-thirds majority would be needed in both the House of Representatives and Senate to overturn the law.

Yet South Carolina House Speaker Jay Lucas, R-Hartsville, was resolute in July 2015 about any changes or exceptions to the Heritage Act. He said the only issue the House was willing to discuss was the placement of the Confederate battle flag on the north lawn of the Statehouse. The flag was removed from its perch that year.

A spokeswoman for Lucas said his statement remains unchanged today.

“Debate over this issue will not be expanded or entertained throughout the remainder of my time as Speaker,” Lucas said in 2015.

On MSNBC Tuesday night, Benjamin said he is proud of the diversity of opinion in South Carolina, but he said the early United States was flawed.

"We know that it is an imperfect union," he said. "It was birthed with the original sin of not just slavery, but also the disenfranchisement of women."

Awareness of the controversial doctor is limited; reached for comment, some lawmakers were unaware the statue was on Statehouse grounds until the Columbia mayor made a point to single out the doctor.

Sens. Darrell Jackson, D-Hopkins, and John Scott, D-Richland, both called for the Legislature to resume debate about removal of monuments after events in Charlottesville and hearing Benjamin's comments about the Sims statue.

Scott said he is concerned about monuments that have negative connotations for the black community. He said he plans to introduce his own legislation to "revisit" the Heritage Act by the end of the month.

Jackson has introduced legislation meant to amend the act in the past. He said he plans to continue to push the Legislature to debate the topic.

"The time has come for us to have an evaluation of these monuments," Jackson said.

Richland County Councilwoman Joyce Dickerson said she has not heard complaints about the Statehouse monuments from constituents or businesses like she did about the Confederate flag.

Still, Dickerson said she would welcome a discussion about removing monuments people find offensive after some time has lapsed since the events in Charlottesville.

"Let us calm this matter down," she said. "You never get anything done in the heat of passion, at least not rationally."

Lauren Sausser contributed to this report.

'Your words are dividing Americans:' How South Carolina politicians have reacted to Charlottesville violence

Charlottesville has become a one-word name for racial violence in America.