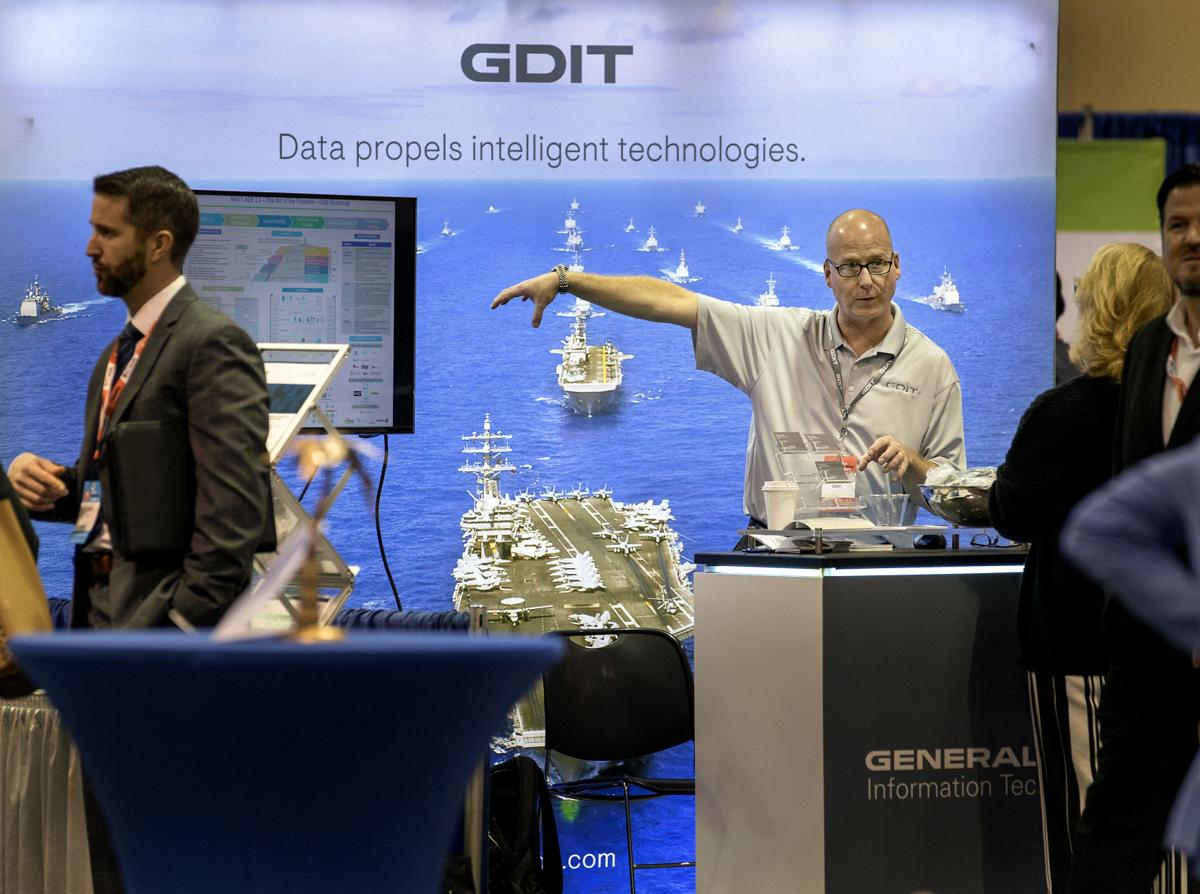 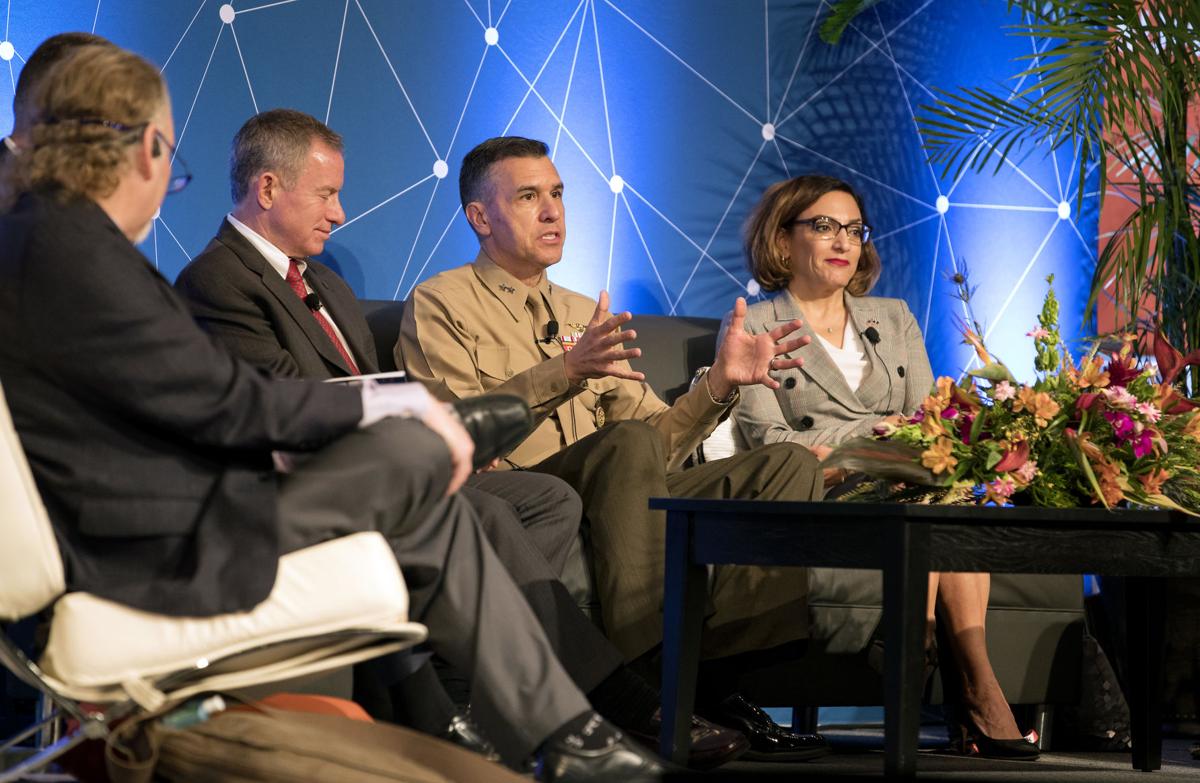 The military's most frequent battles are not fought on land, by sea or in the air. They're fought online, every day, and South Carolina's defense contractors are trying to stay ahead of the enemy.

Katie Arrington, a former state lawmaker who was appointed in January as a consultant for the Department of Defense, said Charleston in particular is key when it comes to cybersecurity against China, terrorist groups and individuals attempting to undermine government security.

"We're at war," Arrington told The Post and Courier. "Cyberwar is real. To think this community isn't exposed to what our adversaries are trying to do every day in the cyber realm would be remiss. Our cyberwarriors, the people who work in the Charleston defense contractor community, are the first layer of defense."

That was the theme this week when more than 1,400 business leaders, military officers and government employees gathered in North Charleston for the Charleston Defense Contractors Association's 13th annual conference to discuss the evolution of warfare. For decades, the federal government has looked to the private sector to come up with solutions. And cyberwarfare is now big business in the Palmetto State.

A Post and Courier analysis of five years of recent spending data from the Pentagon’s Office of Economic Adjustment shows $13.1 billion worth of Department of Defense contracts were performed or awarded in South Carolina.

President Dwight D. Eisenhower warned of the danger of "unwarranted influence" wielded by the "military-industrial complex" in his 1961 farewell address. In the years since the 9/11 terror attacks, and the wars in Iraq and Afghanistan, contractors have received intense public scrutiny for their role with seemingly few repercussions. A Gallup poll at the height of the war said that 53 percent of Americans believed defense contractors had disproportionate influence.

From World War II to the war on terror, Charleston's private sector has played a significant role. Industry leaders argue they have helped protect men and women fighting overseas. Contractors have been at the forefront of developing everything from military vehicles to cyber surveillance. Some of the technology is too secret to share.

"When you look at how this community has evolved to meet the needs of this nation, it's mind-blowing," Arrington said. "They've led the charge on a lot of research and development, and even programs we can't talk about, but they're epic."

South Carolina has a long relationship with the Pentagon.

Democratic and pro-military U.S. Rep. Mendel Rivers filled the peninsula with government contracts thanks, in part, to his strong relationships in Washington, D.C. A joke often told by his colleagues was that he'd sink Charleston into the ocean if he landed another Pentagon equipment deal.

But the boom of wartime economy slowed. Federal base closures in 1993 left buildings empty. The Charleston Defense Contractor Association started in the wake of the closures. After it organized, money began flowing back in and private businesses flocked to closed shipyards and other facilities.

At the height of the Iraq War in 2007, General Dynamics made MRAPs, Mine-Resistant Ambush Protected vehicles, at its facility in Ladson. Scientific Research Corp. began providing information technology services in North Charleston and invested an additional 300 jobs in the area in 2014. SAIC began prototyping tactical and combat vehicles at its Hanahan and Ridgeville headquarters.

Post-9/11 conflicts have been ongoing for 17 years, longer than the conference itself. And the focus, and battlefield, has changed.

"We've grown significantly since then," said Heather Walker, president of the Charleston Defense Contractors Association. "A lot of what was done at the Navy base was operational. That has been transformed to much more of an information warfare focus."

One of the key players in Charleston's evolution from military hardware to cybersecurity software is the Naval Information Warfare Systems Command, previously known as SPAWAR.

Its Atlantic branch is run by Capt. Wesley Sanders. More than 4,000 federal civil service employees, 125 military personnel and 9,000 industry partners located, in part, at the center's headquarters at Joint Base Charleston, work around the clock to combat enemy forces online. They were instrumental in creating electronic detection devices on mine-resistant vehicles that would detect roadside bombs overseas.

He said the "Silicon Harbor" moniker for Charleston rings true and the possibilities to find new technology in the private sector is exciting.

"They bring something to the table that we, as a military, we wouldn't normally see by ourselves," Sanders said. "If left to ourselves, we would be spending a lot more time and effort of what could be possible."

Charleston's contracting business is still growing. Just last month, the Department of the Navy announced the creation of the "Palmetto Tech Bridge." The partnership brings together startups, companies and universities to innovate new ways to stop attacks and improve military equipment, similar to a business incubator for war-fighting technology.

The Charleston Defense Contractor Association's conference has grown similarly. What started out as a few men and women in suits now fills a ballroom of the Charleston Area Convention Center. And, similar to the state of American foreign policy, the fight won't stop anytime soon.

"It's not like World War II, where you have this conflict and then it ends," Walker said. "It's going to be ongoing and ever-present. Countries like China and Russia that are our adversaries, they don't have that bureaucracy that we have to deal with. We have to be able to keep up all the time."

A Russian surveillance ship was raising alarm with the U.S. military as it was traveling down the South Carolina coast this weekend.