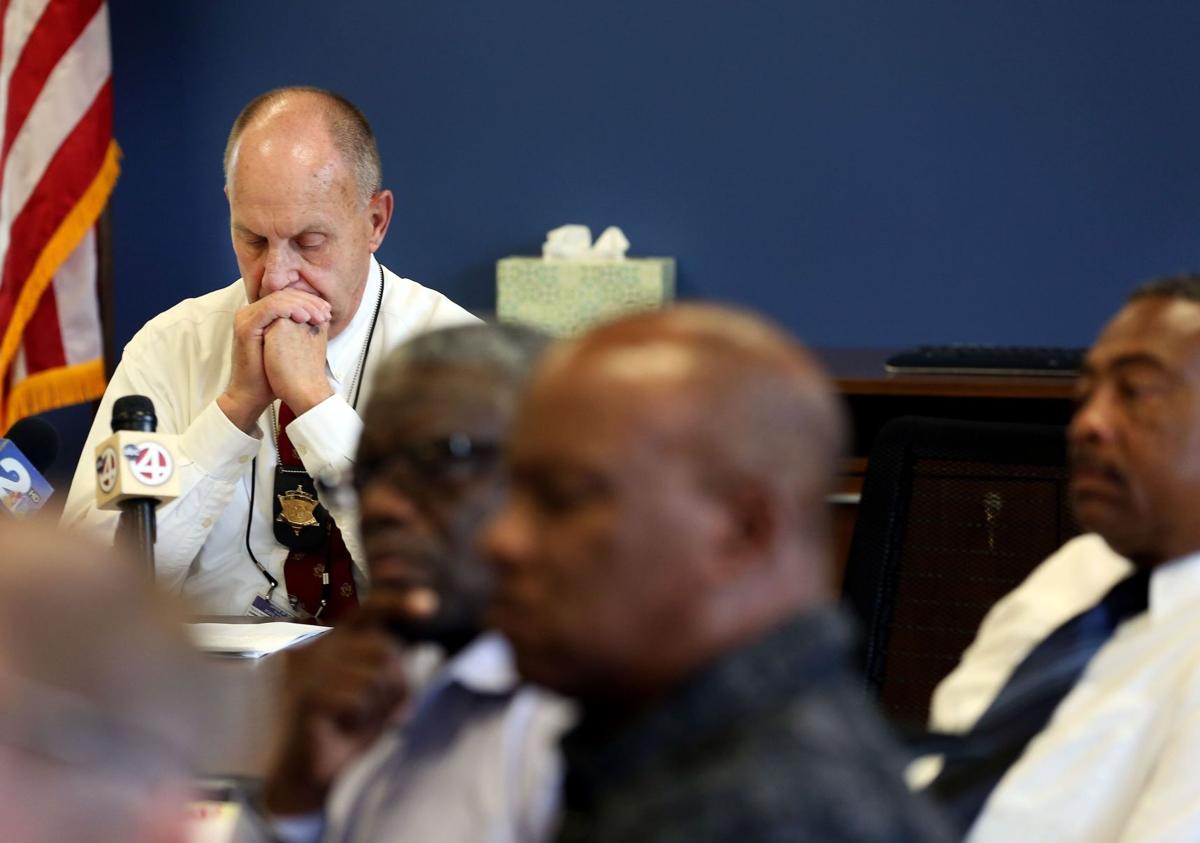 In May 2015, Charleston County Sheriff Al Cannon listens to an audio interview of Bryant Heyward after Heyward was shot by a sheriff’s deputy. Cannon released the recording publicly shortly after the shooting. File/Staff 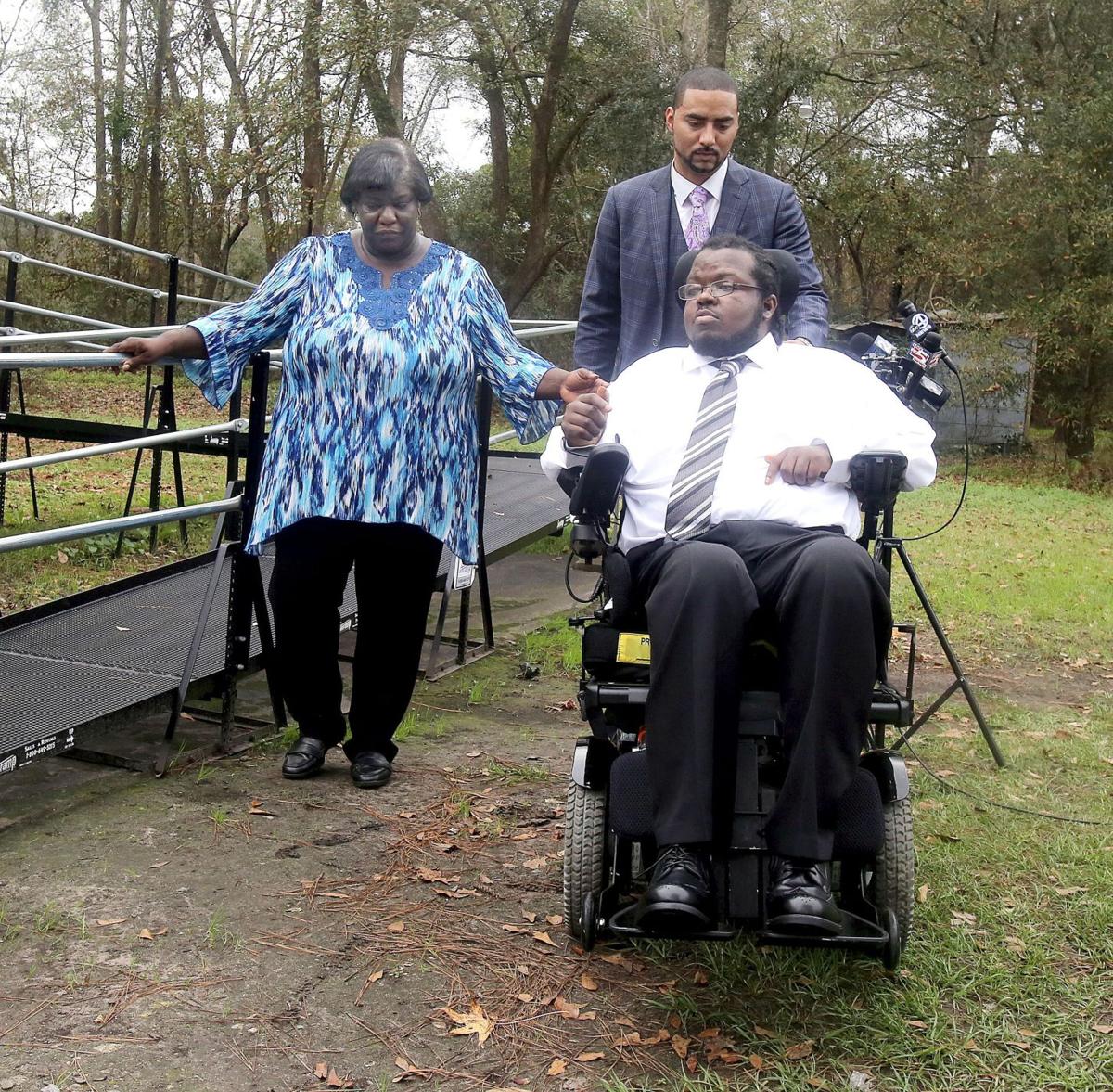 Bryant Heyward (front), along his mother Inez and lawyer Justin Bamberg, stand outside Heyward's home on Scott White Road in Hollywood, where Heyward was paralyzed by a deputy's bullet in May 2015. File/Staff 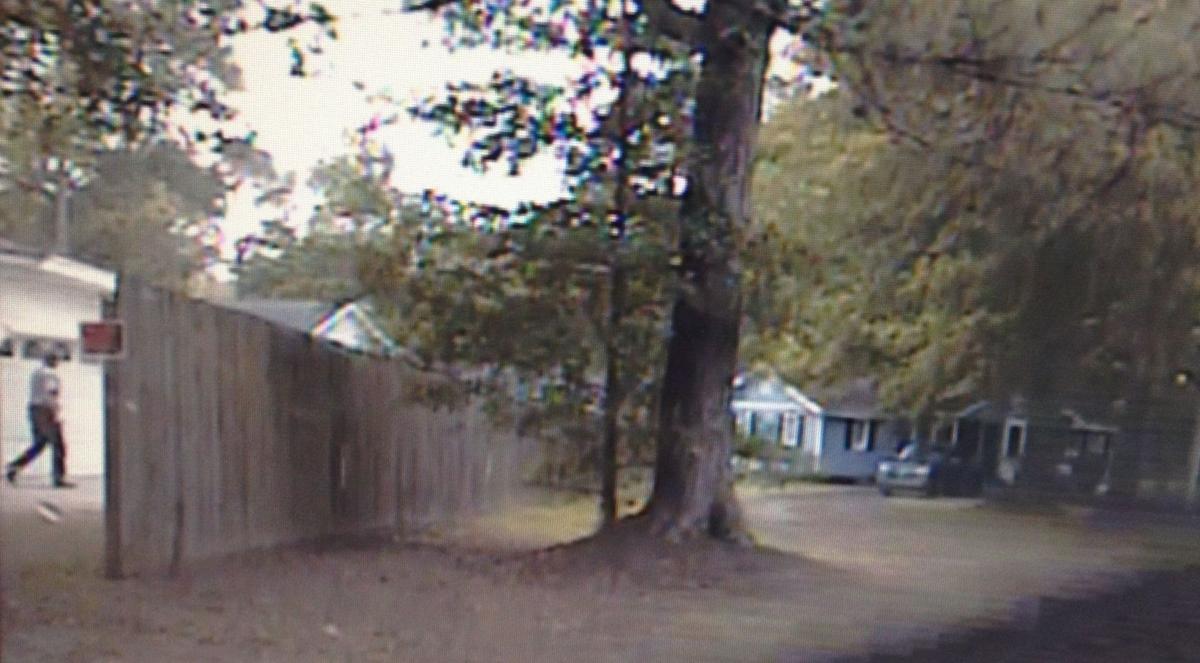 In May 2015, Charleston County Sheriff Al Cannon listens to an audio interview of Bryant Heyward after Heyward was shot by a sheriff’s deputy. Cannon released the recording publicly shortly after the shooting. File/Staff

Bryant Heyward (front), along his mother Inez and lawyer Justin Bamberg, stand outside Heyward's home on Scott White Road in Hollywood, where Heyward was paralyzed by a deputy's bullet in May 2015. File/Staff

Just a month after controversy erupted over police accounts of Walter Scott’s death, Charleston County sheriff’s officials faced possible backlash about why one of their own deputies had shot a man in his home, leaving him paralyzed.

They hosted a news conference and released recordings — a show of transparency.

But the officials withheld from the public the deputy's own report — an account that would have been hotly disputed.

Attorneys for the man, Bryant Heyward of Hollywood, now allege that the officials were hoping to avoid the same criticism that befell North Charleston when a video cast doubt on an officer's justification for shooting Scott.

National attention on Heyward's shooting in May 2015 quickly faded. The officials apologized, saying the deputy responding to Heyward's 911 call about a home invasion mistook Heyward for a burglar and shot him.

Heyward, 26, was holding a gun to fend off the intruders. Never did the authorities suggest at the time that Heyward pointed the weapon at Deputy Keith Tyner and another lawman.

His account came in an incident report whose existence was not acknowledged by the Charleston County Sheriff's Office until recently, two years after the shooting.

The document was revealed through a second open-records request by The Post and Courier and through Heyward's lawsuit, which alleges lies and deceit in an attempt to shift blame for the shooting to Heyward. Filed earlier this month, the suit seeks more than $25 million.

"It was the worst time for this shooting, right after Walter Scott got killed," said state Rep. Justin Bamberg, an attorney for Heyward who also represented Scott's family. "If they're going to tell a narrative, they should tell the whole narrative. Omitting certain things puts more strain on the relationship between law enforcement and citizens."

Tyner has returned to patrolling streets near Hollywood. His attorney, Frank Cornely, said Tyner is saddened by the "horrific accident" but stands by the report he wrote on the day of the shooting.

"I don't think this was manufactured by Deputy Tyner to push the blame off himself," he said. "It could have been two police officers getting shot and killed out there."

Sheriff Al Cannon said the accuracy of the report "will get worked out through the attorneys and the courts." He noted that officers are tasked with making "very quick decisions."

Heyward lived with his mother and brother at 5923 Scott White Road, but he was alone May 7, 2015, when two men showed up.

They were looking to steal his brother's .40-caliber pistol, and they had a gun of their own.

Heyward fetched the pistol. Gunfire was exchanged, but no one was hit.

The soft-spoken Heyward dialed 911 and hid in a laundry room.

Dispatchers never asked whether he had a gun. When Tyner and Master Deputy Richard Powell got there, they didn't know.

The lawmen walked into the backyard. The sight of them relieved Heyward.

In his report, Tyner said the back door appeared to have been kicked in. With Powell behind him, Tyner walked up the steps when the door "swung open quickly, and a black male appeared and pointed a handgun" at Tyner and Powell.

"Show me your hands," Tyner yelled. But within a second, Tyner fired twice.

A bullet hit Heyward in the neck, paralyzing him from the neck down.

In an agency statement about the episode, a sheriff's spokesman later said that Heyward had "confronted" the deputies and refused to drop his gun. It didn't say that he pointed it.

"The deputies were a godsend to him," Bamberg said. "But he confronted them? That is totally inaccurate."

The officials released Powell's account, but he said he couldn't see Heyward's actions before the shooting.

But the authorities left out Tyner's report when they discussed the case publicly.

It's common for an officer involved in a shooting not to write one, but The Post and Courier sought any other documents that existed at the time through the S.C. Freedom of Information Act. In a June 2015 letter, the agency refused to release some of the records because it said they could jeopardize SLED's ongoing probe.

While the deputies answered internal investigators' questions, they refused to speak with SLED agents.

SLED's inquiry is still ongoing, but the Sheriff's Office released Tyner's report anyway early this month after the newspaper learned of it.

Seth Stoughton, a University of South Carolina law professor and expert on police issues, said agencies must balance public openness with concerns about putting out preliminary information before it's investigated.

"But it's far better to have the reputation of releasing the information regardless of whether it looks good or bad for the agency," he said. "The minute they get selective, they start undermining their efforts at transparency."

Cannon said he thought that the document had been made public two years ago.

"We were open with the community and the family," he said. "It has just reached a point where (the family) felt they needed to go this route."

Heyward cannot bathe, eat or get around on his own. He has developed bed sores and diabetes.

His mother sleeps on the floor of his room, worried that he will stop breathing.

Heyward's health care will cost millions of dollars over his lifetime, Bamberg said.

The Charleston County 911 Center is one of nine people or organizations targeted by the lawsuit in state court.

After the episode, the center instructed dispatchers to ask callers whether they have weapons and to give deputies a heads-up. But the center, its director and the dispatcher who took Heyward's call are being sued. A county spokesman declined to comment.

Stoughton said there can be explanations for why a police officer's account might not line up with another's. An officer, for example, can confuse a suspect's compliance with resistance. That's where training is crucial, he said.

"Inconsistencies do not always indicate deception," he said. "Because all this happens inside the brain of an officer, it's really difficult to tell."

The shooting, the suit alleged, violated Heyward's constitutional rights to be free from excessive force and to use a gun to defend himself. Heyward did not have a criminal record.

"If (Heyward) had not come out there with a gun, there wouldn't have been a shooting," Tyner's lawyer, Cornely, said. "I don't know if you could point a finger at either Tyner or Powell to say they're the reason this guy got shot."

The ordeal thrust Heyward into depression. He appreciates the authorities for realizing the shooting was an accident, Bamberg said.

"But that doesn't help him," the lawyer said. "He was a victim who needed help, and the system failed him horribly."