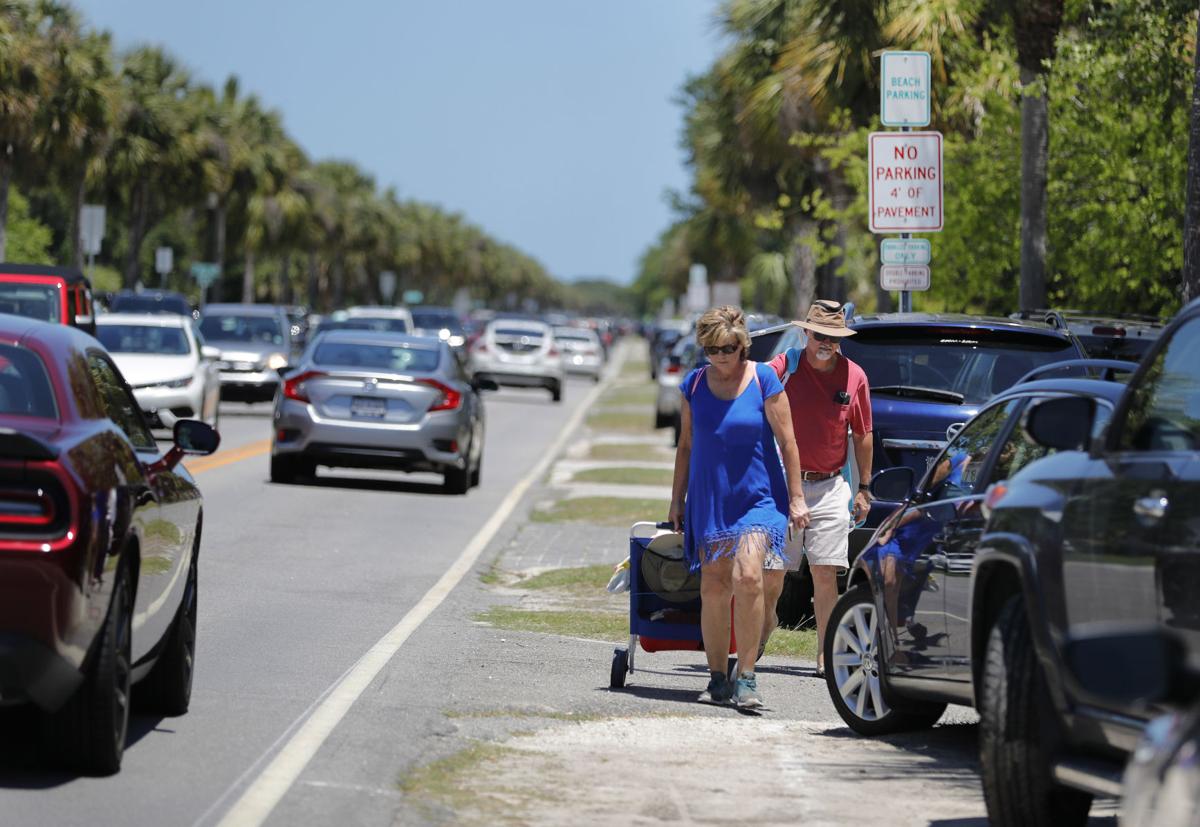 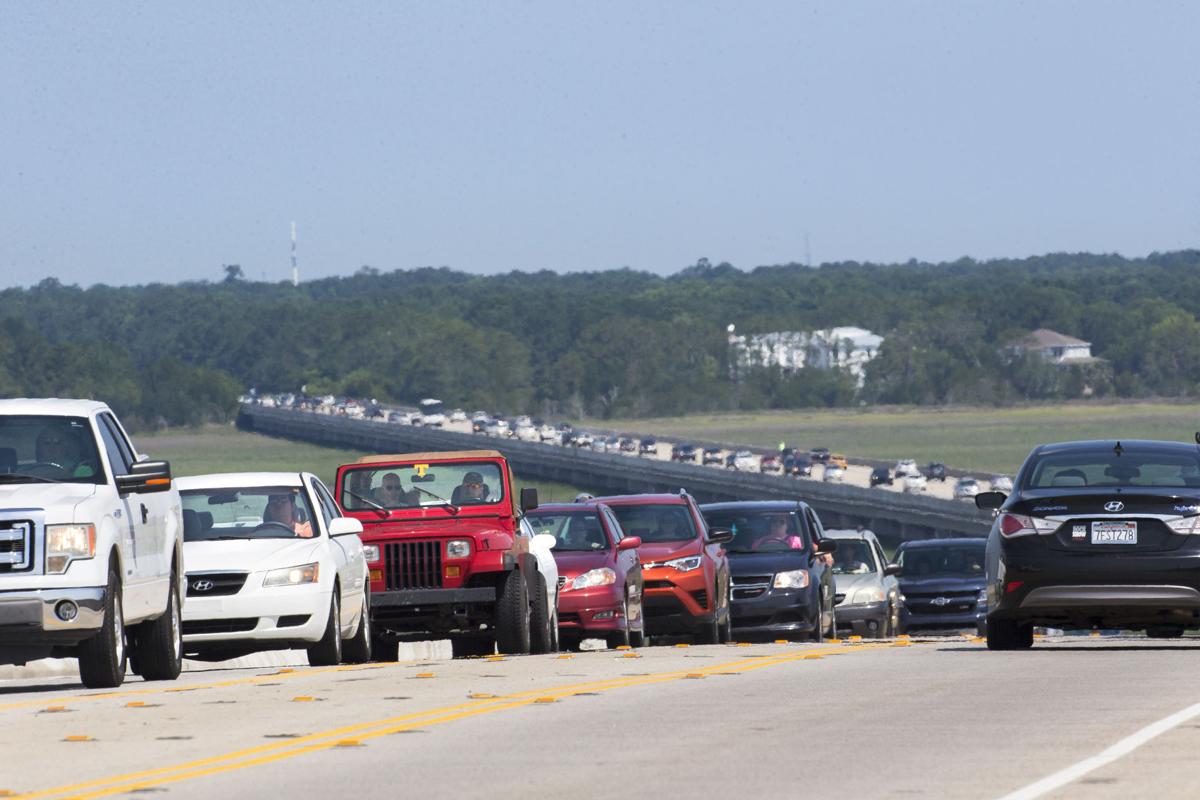 Heavy traffic builds up on the Isle of Palms Connector as people flock to the beach on a sunny Saturday morning in 2018. File/Andrew J. Whitaker/ Staff

ISLE OF PALMS — In the latest skirmish over beach parking, Gov. Henry McMaster signed a law that says free beach parking along state roads can't be removed or converted to paid parking without the state's permission.

The Statehouse legislation came in direct response to Isle of Palms' 2020 attempt to eliminate some free parking along state-owned Palm Boulevard near the public beach and to charge for most parking that would remain.

The barrier island dropped those plans after the S.C. Department of Transportation intervened.

The new law signed May 24 is primarily a clarification of existing state law, and McMaster described it as such, but opponents say it infringes upon the powers held by municipalities under the Home Rule Act. In particular, the ability to regulate parking.

"Although some have raised legal concerns regarding this legislation, it is clear that the source of the controversy is not the law but rather the recent circumstances the bill was intended to address," the governor said.

Municipalities would be required to get prior approval from DOT before making changes to parking along state roads. In beach communities, parking could only be restricted if DOT agrees restrictions are necessary and issues a permit.

Some IOP officials said the matter deserved to be settled locally.

"When home rule is threatened at this scale, issues that local leaders and communities know how to address are suddenly being managed by politicians in Columbia," Isle of Palms Councilman John Moye said  May 21.

That day, Isle of Palms City Council unanimously approved a resolution titled "A resolution to oppose the implementation of S 0040 by all lawful means" urging McMaster to veto Sen. Larry Grooms' legislation, Senate Bill 40. It described the legislation sponsored by Grooms, R-Bonneau, as "seeking to pander to a vocal minority of citizens."

Rival legislation by Rep. Joe Bustos, a Mount Pleasant Republican whose district includes Isle of Palms, would have given municipalities the right to manage all parking along roadsides. That bill died in committee after most co-sponsors removed their names from the legislation.

Grooms' legislation supporting free parking at beaches was broadly popular, with the Senate approving it 44-0 and the House 102-10. The legislation would have become law at 12 a.m. May 25, without the governor's signature, unless he vetoed it.

"We are proud that all members of the Charleston Legislation (legislative delegation) voted in favor of the bill, save and except Rep. Joseph Bustos who opposed," The Charleston Beach Foundation said in a prepared statement after McMaster signed the legislation. The foundation is a nonprofit group established in 2020 to fight for beach access and free parking.

Grooms' legislation was endorsed by the Town of Mount Pleasant, and opposed by the City of Isle of Palms.

“Unfortunately, there’s been a small group of island elites that have tried to shut off our folks’ access to the beach,” Mount Pleasant Councilman Rambo said at the time. “And it’s not right.”

Mount Pleasant is among the state's largest cities, with roughly 90,000 residents, many of whom visit the beach on Isle of Palms.

The barrier island is home to fewer than 4,500 residents, but the summer population swells due to a large number of rental properties and off-island visitors create regular traffic jams.

On the island, Barrier Island Preservation Alliance President Bev Miller said the group is disappointed with the new law, and will consider options for challenging its constitutionality.

"For members of our community, the discussion surrounding traffic and parking has been about the safety of our families, neighbors and visitors," she said in a prepared statement.

Isle of Palms also has paid parking areas, as does a Charleston County park on the island. The city collected more than $1.2 million in parking revenue in 2020, while the city's expenses related to beach visitors were $401,788, according to budget documents.

The shuttle will also run on Memorial Day and on Labor Day.

The hourly shuttle will depart Towne Centre, from a stop on Market Center Boulevard near the Belk Men’s store starting at 9:15 a.m. The last return bus from Isle of Palms will leave at 5:35 p.m.

Riders will need to wear masks, shoes, shirt and pants, or beach cover-ups. Coolers will be allowed, but not bulky items such as surfboards or large beach umbrellas.

Route details and bus tracking will be available on the free Transit App, which can be downloaded from Apple’s App Store or Google Play.

A second Richland County school district seems poised to be the subject of a "fiscal watch" designation from the S.C. Department of Education. Read moreRichland Two facing more SC scrutiny because of months-late audit report

The confirmation she is committing to the race came from a member of Haley's inner circle Jan. 31. Read moreIt's official: Nikki Haley running for president. Formal announcement Feb. 15

A coalition of residents and leaders who reside in Greenville County’s District 25 are planning a year-long series of events to reflect on the district’s history while making plans for its future. Read moreGreenville County's District 25 plans Augusta Road revitalization, marks 60th year