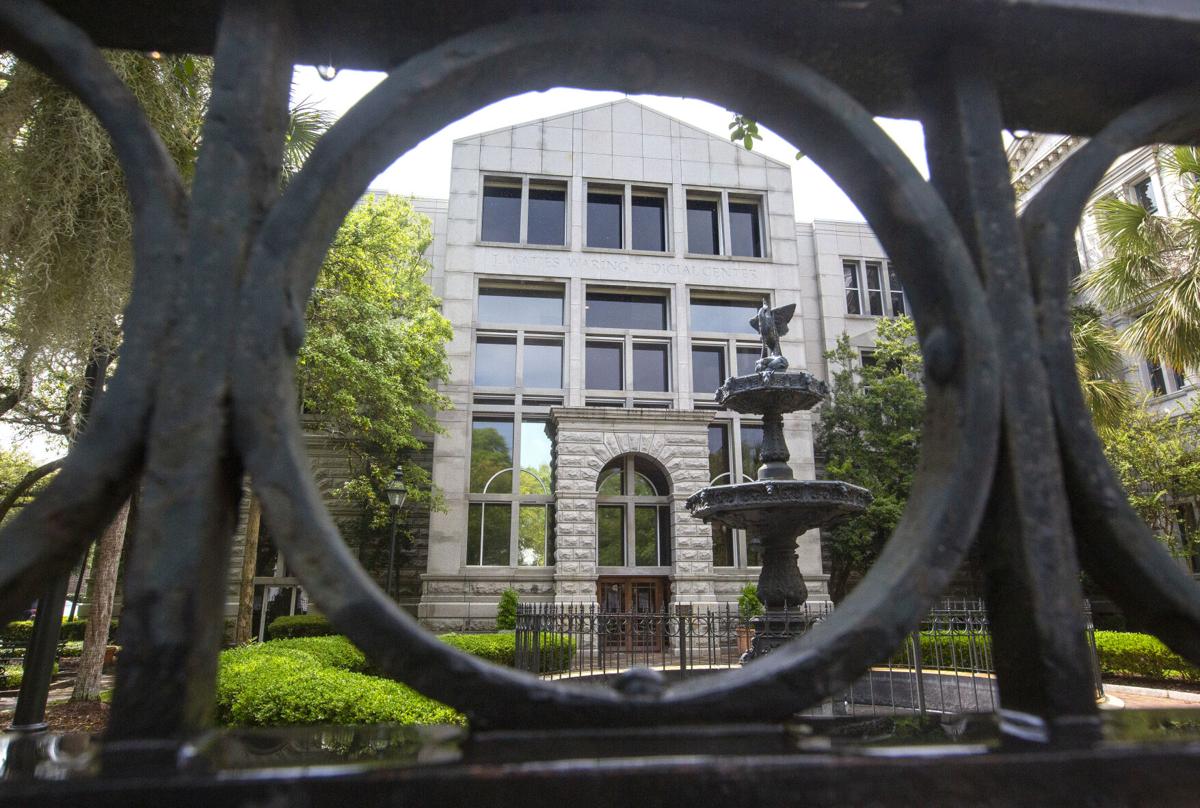 The J. Waties Waring Judicial Center is located at the corner of Meeting and Broad streets. File/Staff 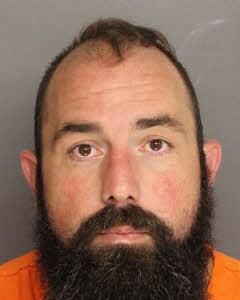 A "freelance" bounty hunter arrested last fall on allegations he impersonated a federal agent allegedly went "off the grid" after his release on bail in the case, falsely reporting to authorities he was living with his mother in Greenville.

After a nine-day search, a U.S. marshal was able to track Jeremy Hughes to a West Ashley residence, where he was living with his girlfriend and the woman's elderly relative.

Hughes, 39, was arrested July 25 at the house on federal charges of impersonating a federal employee and unlawful weapon possession.

He appeared Aug. 8 at a detention hearing in the U.S. District Court in Charleston, where Magistrate Judge Mary Gordon Baker ordered he would remain in federal custody until his trial.

The federal charges stem from the same allegations that caused Berkeley County Sheriff's deputies to arrest Hughes' in December.

On Nov. 22, Hughes told two employees at Creekside Mulch, 3238 U.S. Highway 52 in St. Stephen, he was a U.S. marshal hunting for a man. He was carrying a shotgun and wore a pistol in a holster, according to police records and testimony from Hughes' detention hearing. The employees said the man wore a green T-shirt that read "Police U.S. Marshals"

Hughes asked them to let him in the store, which was closed for the day. The employees said no, but a supervisor overruled them after a phone call. Hughes, who said his name was "Brian Williams," drank some water and quizzed the employees about the business' surveillance cameras, authorities say.

He gave his phone number to the employees, who snapped photos of him before he left the building. The next day, the employees reported the strange encounter to the Sheriff's Office.

Berkeley County sheriff's deputies used the business' surveillance cameras and the phone number to identify "Brian Williams" as Hughes. He was arrested Dec. 1 during a traffic stop in Goose Creek, according to authorities.

Hughes had a small amount of methamphetamine and a pipe on him when he was placed under arrest. In the vehicle, deputies found two pistols, a rifle and a shotgun. All but one of the weapons were loaded, authorities say.

The green tee and another shirt that read "SOG Fugitive Task Force" were in the car. Deputies also found zip ties and ammunition in the vehicle.

Deputies found two more guns and ammunition after searching his room at a residence in Goose Creek, according to testimony.

Jeremy Baker, a deputy chief for the Sheriff's Office, said at the time of Hughes' arrest that investigators determined the man was a "freelance" bounty hunter, but he did not actually arrest anyone on Nov. 22.

Hughes was charged in Berkeley County's court with impersonating a law enforcement officer, drug possession and a firearm offense. He was released Dec. 17 on bail in that case, which remains pending.

Hughes was on probation at the time for a 2020 domestic violence conviction. He told his probation officer that he was living with his mother in Greenville, but a U.S. Marshal testified at the detention hearing that was not true.

The federal agent tried to locate Hughes after he was indicted July 13 in the federal case. He checked several residences tied to Hughes and spoke with a former employer before he was able to find the man July 25 living in an Avondale house with his girlfriend, who was there caring for an elderly relative with dementia.

Hughes seemed surprised he was found, telling the marshal he had no paperwork connecting him to the residence, according to testimony.

Assistant U.S. Attorney Christopher Lietzow said Hughes had a criminal history dating back nearly 20 years, including two convictions in 2008 for deserting the military, which resulted in a court martial and several months of confinement.

Cody Groeber, Hughes' public defender, said none of the convictions were felonies, but he is still prohibited from possessing a firearm under federal law because of the domestic violence conviction, which stemmed from a 2018 arrest.

The magistrate judge said she was uncertain if Hughes was a flight risk, but she believed he was a danger to the community. She ordered him to remain in jail until trial, which has not been scheduled.

Hellebores: Early blooms in the garden to brighten up winter months

Winter can be cold and damp at times, but I have to say the older I get the more I appreciate the winter garden. I find that the flowers that peek through the fallen leaves and the buds swelling on the trees delight me, letting me know that spring is just around the corner. Read moreHellebores: Early blooms in the garden to brighten up winter months

SC prisoners are using drones to smuggle in contraband, including cellphones that they use to oversee additional crimes. Prison officials are pushing for federal rule changes to let them jam illegal phones and ground invasive drones. Read moreDrones fuel contraband trade at SC prisons; federal government called to act