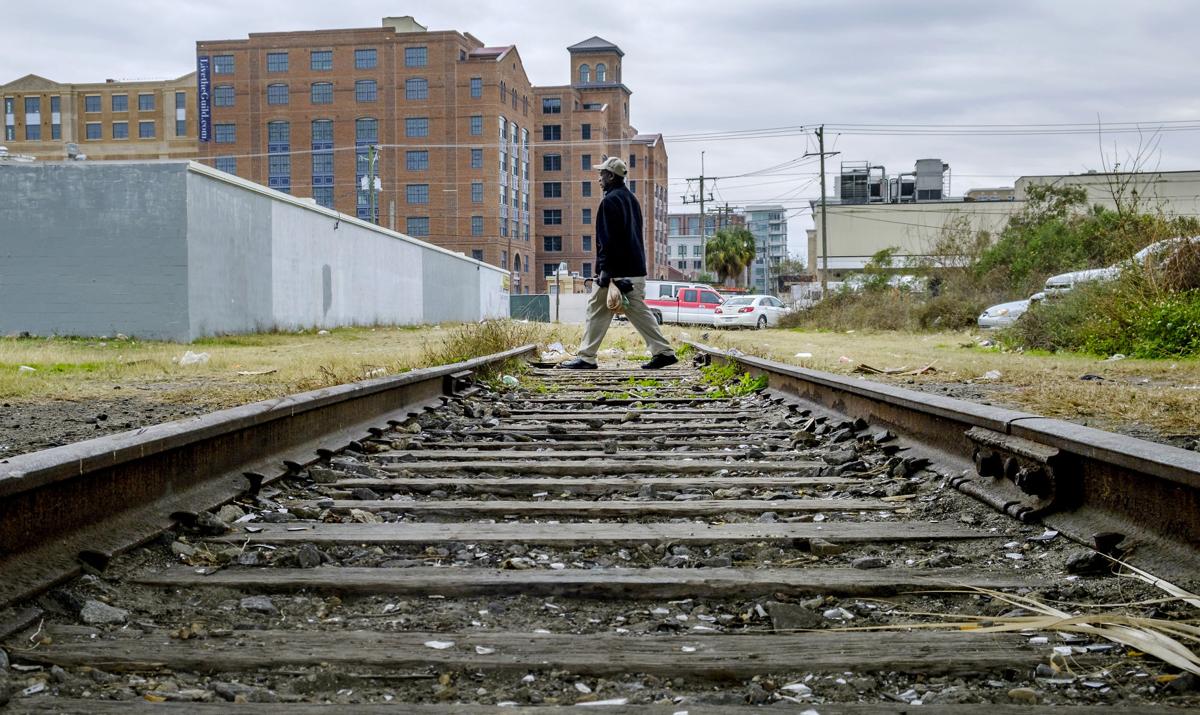 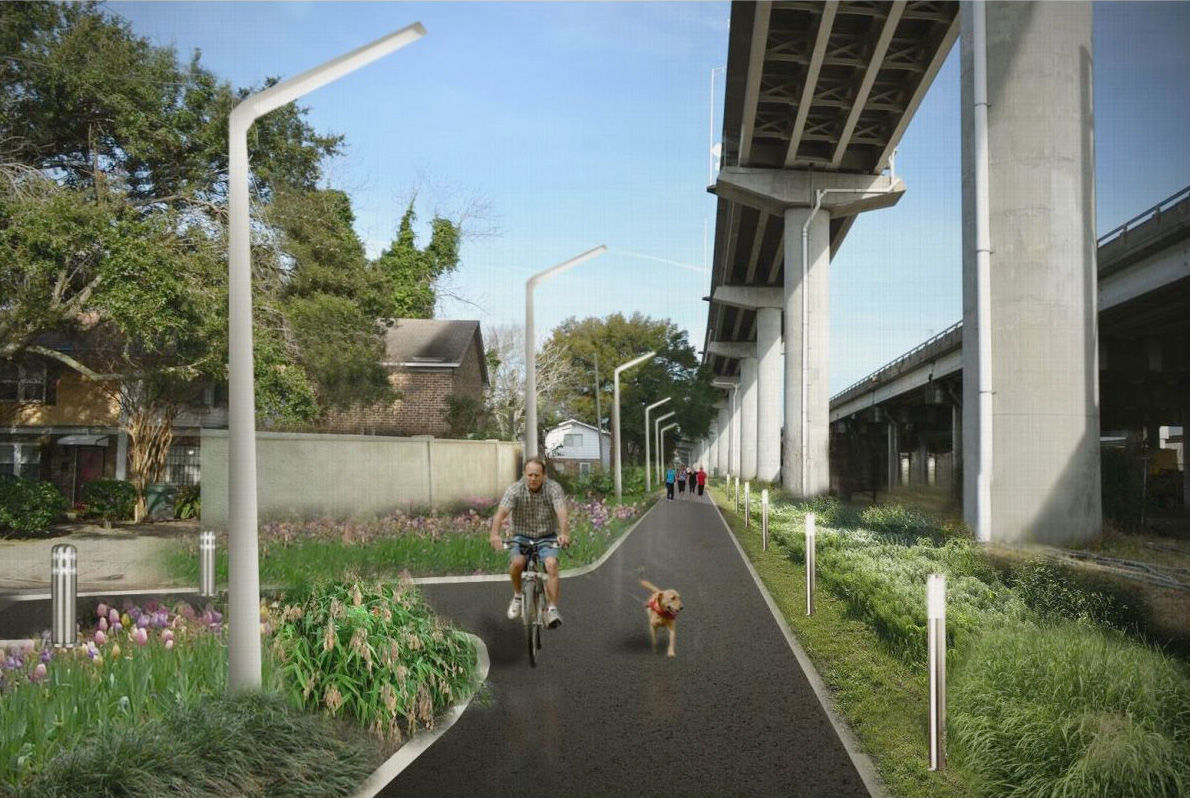 An artist's rendering shows an early vision for the railroad right of way in Charleston's upper peninsula — a project known as the Lowcountry Low Line. The project advanced with the city's purchase of the right of way. File/Provided

An artist's rendering shows an early vision for the railroad right of way in Charleston's upper peninsula — a project known as the Lowcountry Low Line. The project advanced with the city's purchase of the right of way. File/Provided

For the first time since the nation's first regularly scheduled passenger railroad chugged out of downtown Charleston, the rail route through the center of the upper peninsula is now in public hands.

The city announced Thursday it has purchased the 1½-mile railroad right-of-way from Norfolk Southern Corp. The $4.6 million buy was made possible through a partnership with the nonprofit Friends of the Lowcountry Low Line.

The rail line has not been used for several years, and city leaders and the nonprofit plan to convert it into a new urban park with a pedestrian and cycling path. They have drawn inspiration from New York City's successful conversion of one of its elevated railroad tracks, now known as the High Line. Since Charleston's track was never elevated, its project has been dubbed the Low Line.

In October, City Council voted unanimously on a plan to fund the project. It agreed to split the cost with the nonprofit.

The rail corridor runs from Woolfe Street to Courtland Avenue. The city also plans to buy two additional properties from the company for a total of $2.28 million: a 0.71 acre tract near F Street that could be used to build new affordable housing, and a 1.85 acre tract near Mount Pleasant, Meeting and King streets that could be a hub for a new Bus Rapid Transit line.

That puts the city's total cost at $4.84 million, much cheaper than the $17 million sum the nonprofit estimated earlier this year. Norfolk Southern decided to sell off some of its larger, more expensive parcels that were included in the original plan.

Mayor John Tecklenburg said the project is an important opportunity for Charleston.

"When complete, the Low Line will be a great asset for our city, providing new opportunities for recreation and mobility, and new alternatives for drainage and flooding improvements along the spine of the peninsula," he said. "I’d like to thank Friends of the Lowcountry Low Line for their partnership in this important project."

The purchase is a culmination of more than four years of negotiation with Norfolk Southern, extensive property and legal research, and studies on the park’s benefits for the city, according to the Friends.

Winslow Hastie, president of the Low Line board, said the purchase is a result of a dogged work by the nonprofit, the city, the railroad, Mike Messner — a founder and major sponsor — and many others.

“We hope this park heals some of the divisions in Charleston created by the railroad and by the construction of I-26, and we will not move forward with any design until we have brought the neighborhoods into the conversation,” said Hastie, who also is executive director of the Historic Charleston Foundation.

The nonprofit also credited a number of other donors for its share of the cost:

The nonprofit also has been in discussions with most of the property owners south of Woolfe Street with aims to extend the park all the way to Marion Square. Conceptual plans also would extend it northward to Park Circle in North Charleston.

Katie Zimmerman, executive director of Charleston Moves, thanked the nonprofit and the city for making sure the linear park becomes a reality.

"This visionary connection through the heart of the peninsula will offer a protected and enjoyable corridor for people on bikes and foot," she said. "Most importantly, it will knit the upper peninsula back together, healing the scar imposed on the community by the slash of an interstate through neighborhoods that have always deserved better."

Cleve O'Quinn contributed to this report.