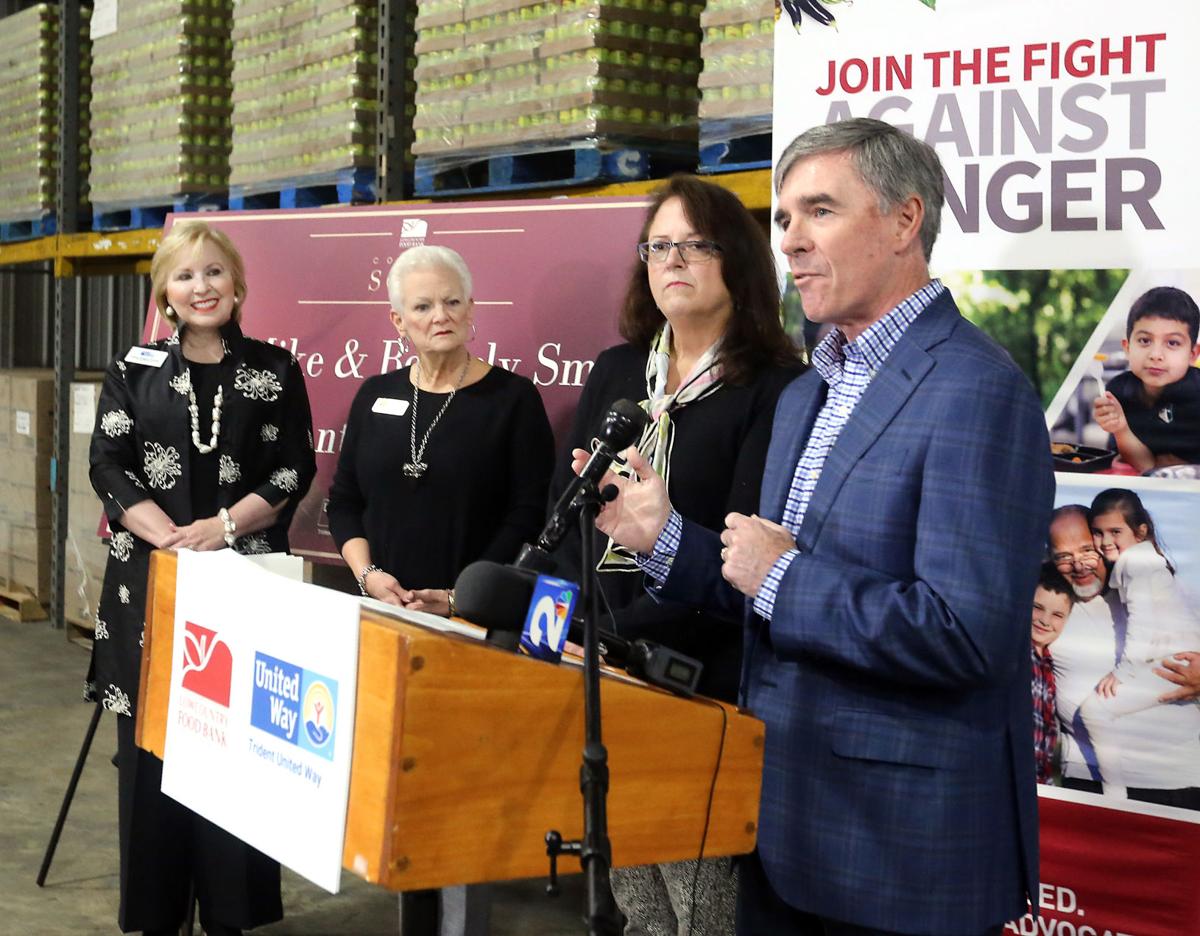 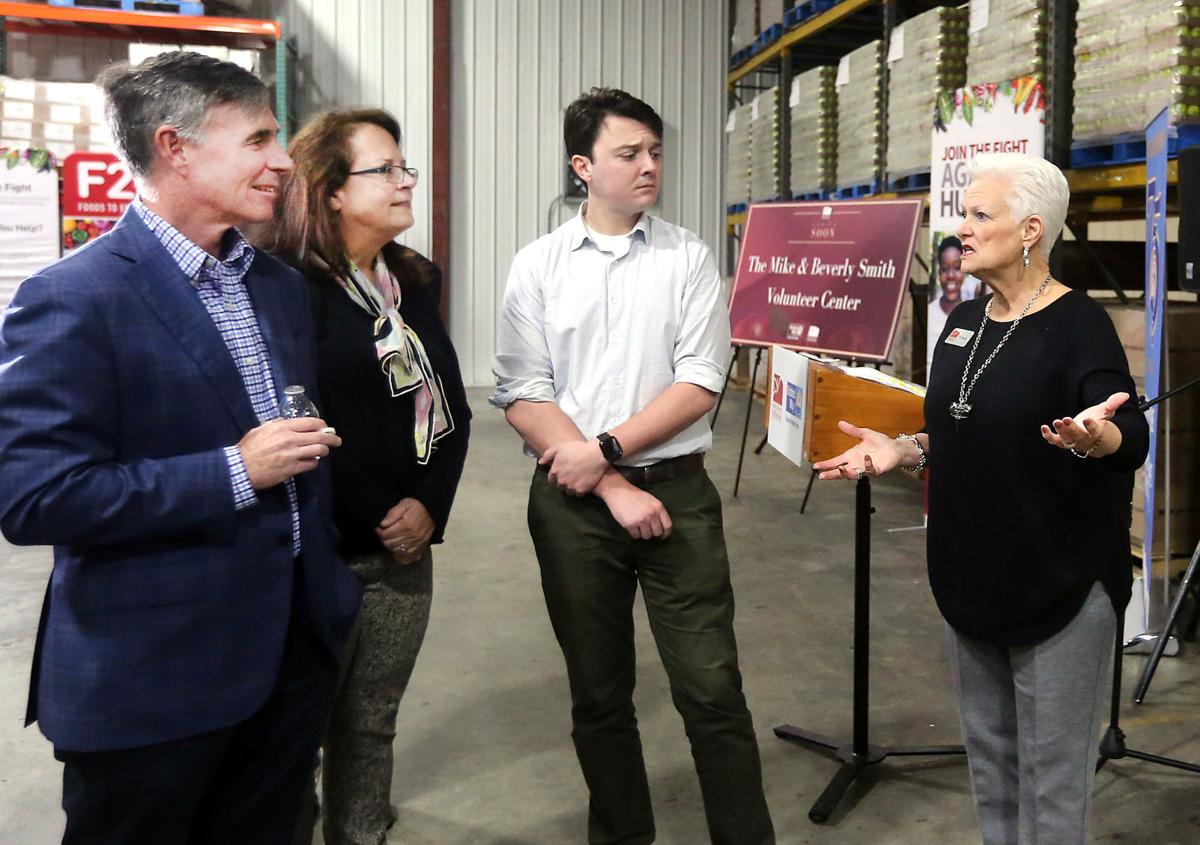 Lowcountry Food Bank volunteers can expect to see a new center in the near future after a local family donated a half-million dollars.

At a Tuesday press conference, the Food Bank and Trident United Way announced the creation of the Mike & Beverly Smith Volunteer Center after the Charleston couple committed to a three-year donation totaling $500,000.

The center will be a major renovation of space that is typically used by Food Bank volunteers.

"There is no place our contribution can better be utilized," said Mike Smith, the executive vice president and president of Performance Chemicals at Ingevity, a specialty chemicals supplier.

Pat Walker, president of the Lowcountry Food Bank in North Charleston, said the renovated center will have an interactive atmosphere set up. The goal is to further educate and inspire volunteers.

That way they not only want to come back to continue to volunteer, she said, but they invite others.

"They'll have that memory of one in five children go to bed hungry at night," she said.

They want their volunteers to have a wonderful experience while getting a deep education on the problems surrounding hunger, she said. In 2019, nearly 8,000 volunteers at the Food Bank contributed more than 51,000 hours in service.

The Smith family came to Charleston around five years ago from Philadelphia. Mike Smith's relationship with the Food Bank began as a volunteer. Walker said Smith knows first-hand how hard volunteers work.

The Food Bank serves 10 coastal counties from Charleston to Horry.

"The future for this organization is really, really super," Smith said. "They do a tremendous job."

Trident United Way CEO Chloe Knight Tonney is hoping that the recent gift will encourage people across the Lowcountry to continue to support organizations like the Food Bank and Trident United Way.

The needs of the Lowcountry community are incredible, she said. And she believes philanthropy must be accelerated to address those needs.

"We got to get out and serve in this community," Knight Tonney said.

She also announced that United Way is providing an additional $12,000 to the organization. With the growing coronavirus pandemic, Knight Tonney said the new funding couldn't come at a better time.

If you think you have coronavirus symptoms, here is what you can do in SC