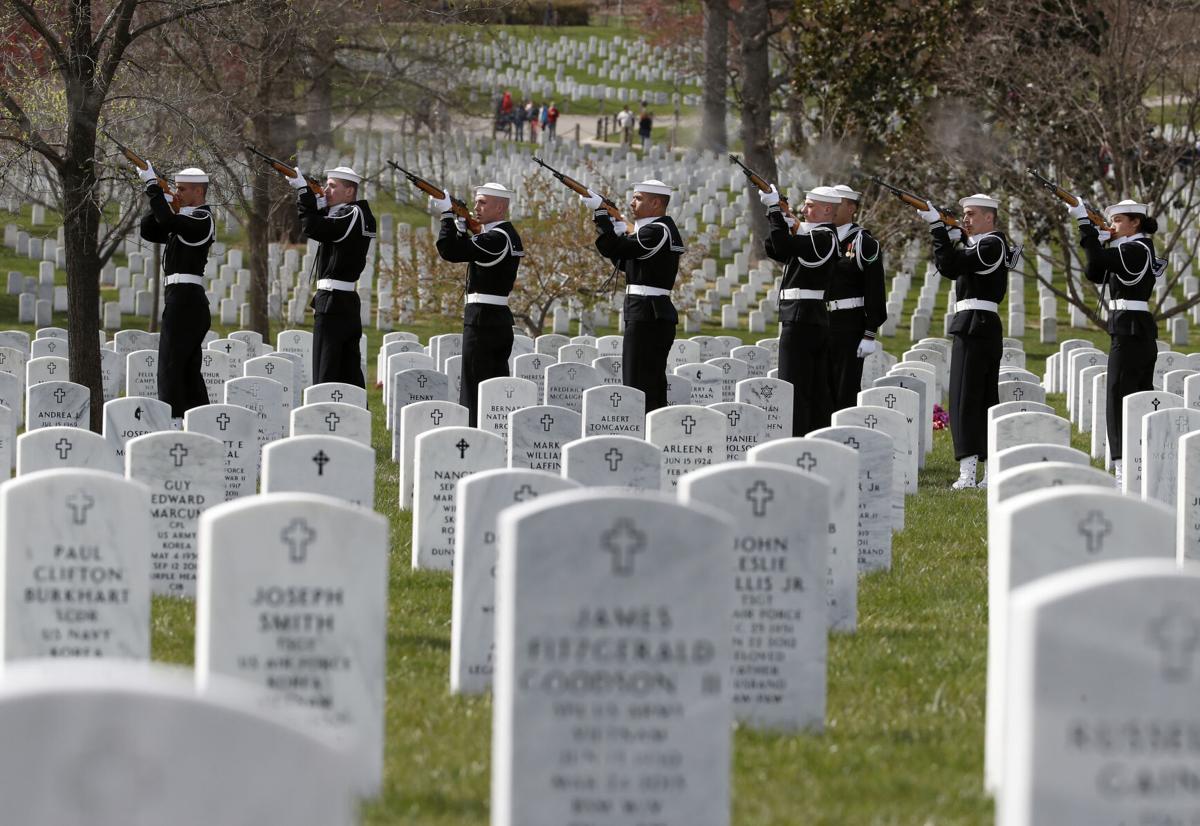 Army Pfc. Michaux Turbeville will be buried at Arlington National Cemetery. The date has yet to be determined. File/Alex Brandon/AP 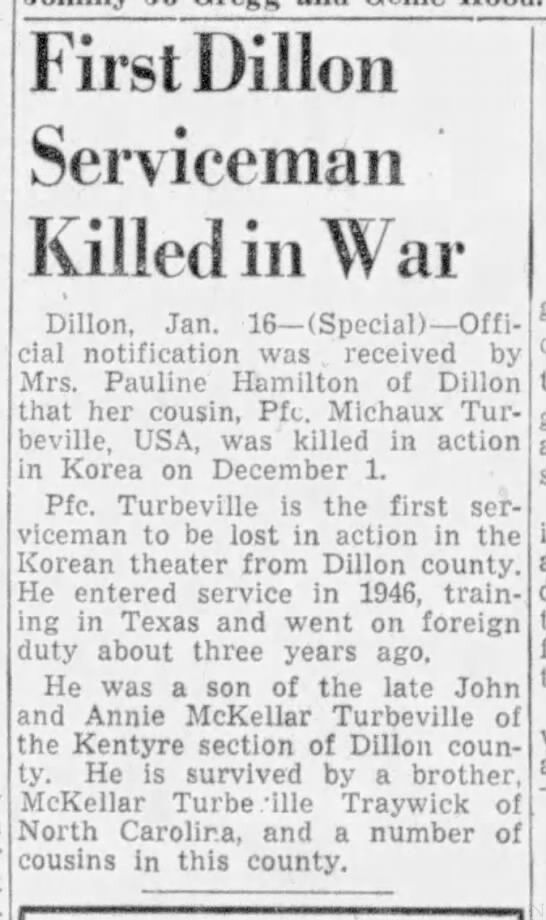 Army Pfc. Michaux Turbeville will be buried at Arlington National Cemetery. The date has yet to be determined. File/Alex Brandon/AP

For the third time since July, a U.S. serviceman from South Carolina who was killed in combat overseas has been identified decades later with the help of family DNA.

Army Pfc. Michaux Turbeville, 31, of Dillon, who was lost during the Korean War, was accounted for in February, but his family only recently received their full briefing on his identification, the Pentagon said Nov. 3.

Turbeville was a member of Headquarters Company, 3rd Battalion, 31st Infantry Regiment, 7th Infantry Division. He was reported missing in action on Dec. 1, 1950, after his unit was attacked as the group attempted to withdraw near the Chosin Reservoir in North Korea.

Following the battle, his body could not be recovered. News accounts said he was the first soldier from Dillon County killed during the Korean conflict.

Turbeville's remains were among those returned to the U.S. in 2018 following the summit between President Donald Trump and North Korean leader Kim Jong-un.

He was in the same collection of 55 boxes that included the remains of Army Pfc. Louis N. Crosby, 18, of Orangeburg, who also died in combat near the Chosin Reservoir that year.

The other South Carolina soldier identified recently with the help of DNA was Army Staff Sgt. William R. Linder, of Piedmont, who had been previously marked unknown after he was lost in fighting in late 1944 in the Hürtgen Forest on the border between Belgium and Germany during World War II.

Turbeville's remains were taken to the Pentagon's POW/MIA Accounting Agency laboratory for identification.

DNA, anthropological analysis and circumstantial evidence was used in the confirmation, the agency said.

It has been common practice in recent years for the Pentagon to collect family DNA tied to missing U.S. service people in the hope it can be later used in the identification process once remains are recovered.

Turbeville will be buried at Arlington National Cemetery. The date has yet to be determined.

His family is declining interviews, the Pentagon said.