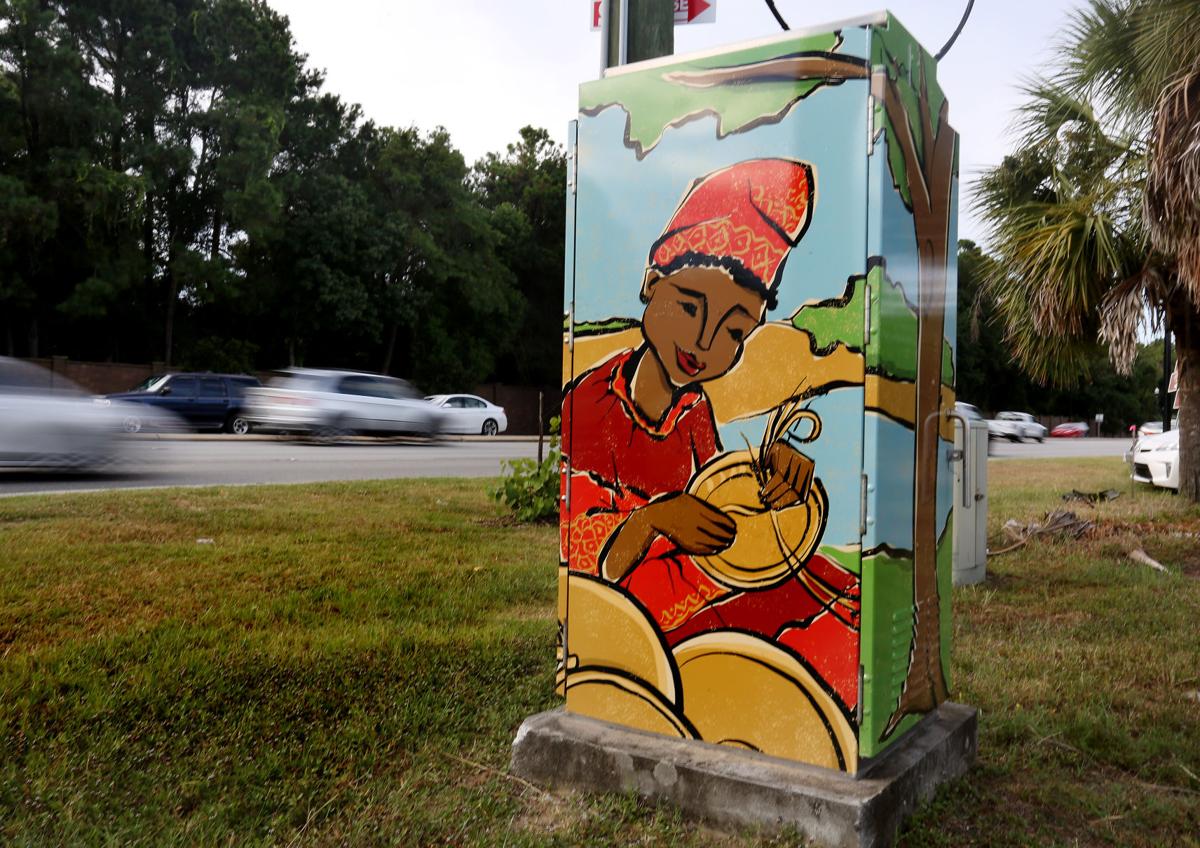 Without the art, it's just a traffic light box. The Traffic Box Signal Art Program was launched in 2016 by Mount Pleasant’s all-volunteer Culture, Arts and Pride Commission. File/Grace Beahm/Staff 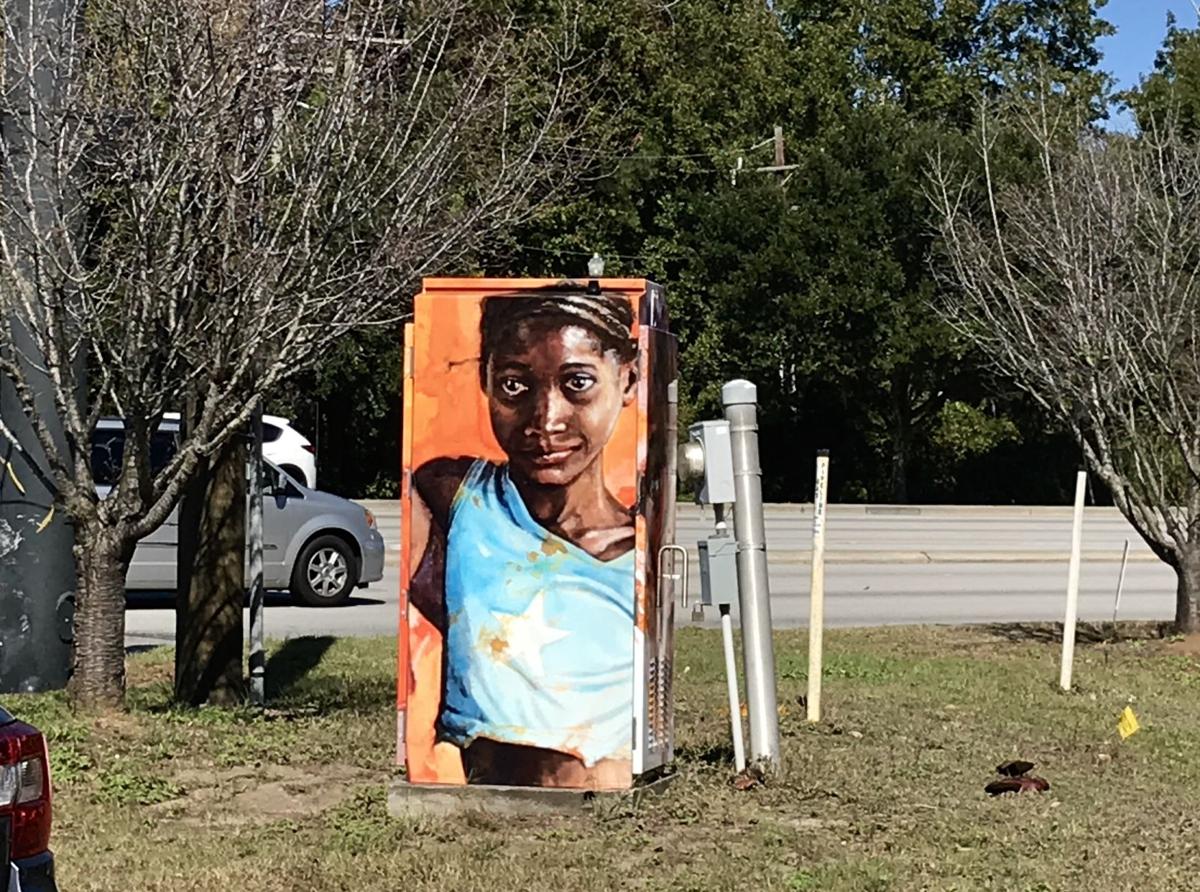 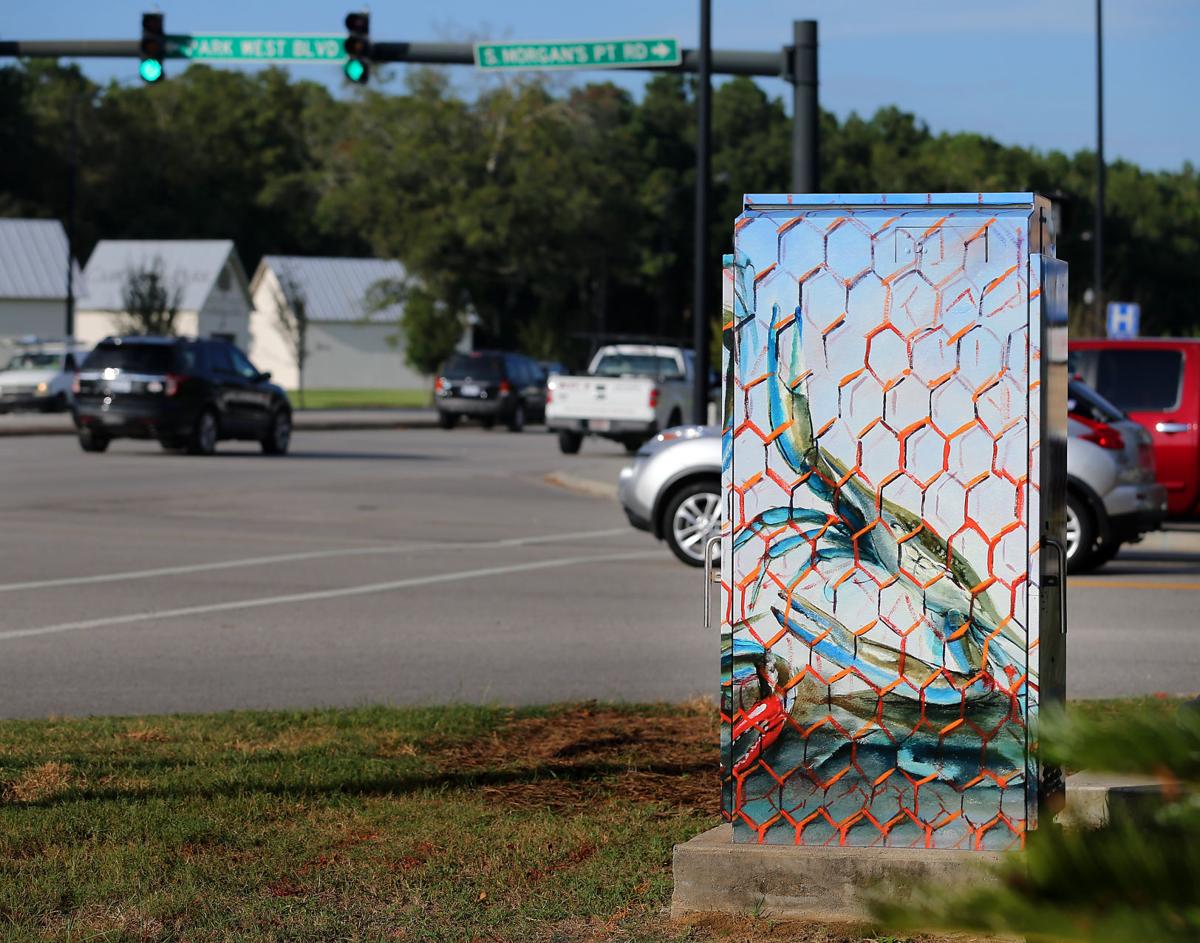 Traffic light boxes along U.S. Highway 17 and elsewhere in Mount Pleasant are adorned with works of art. File/Grace Beahm Alford/Staff 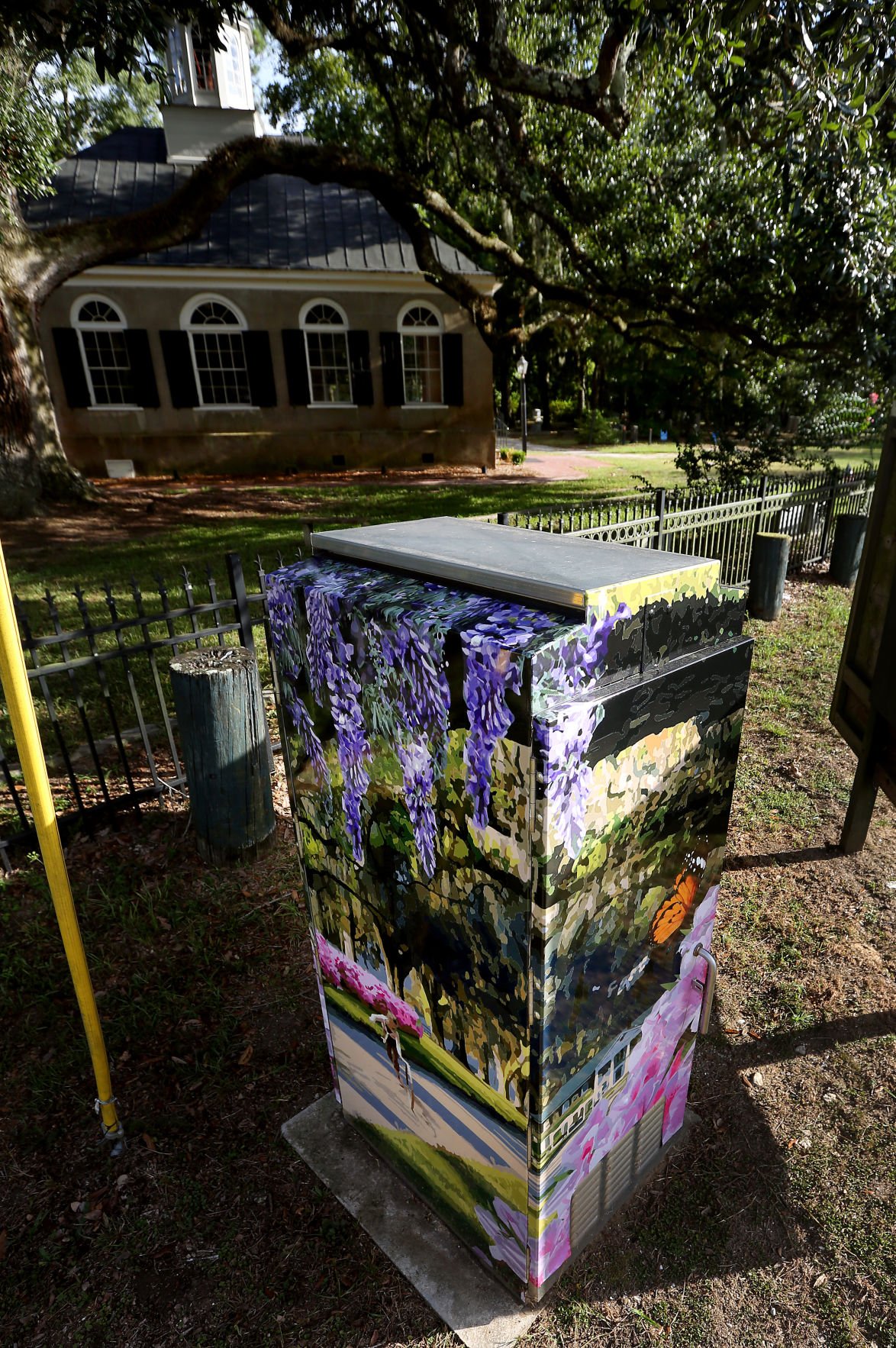 At first they were anomalies, an unexpected flourish of color glimpsed while driving along Johnnie Dodds Boulevard in Mount Pleasant.

Most didn’t notice the traffic boxes at first. When they did, they wondered: Who did that?

The nondescript metal boxes that control the operation of traffic lights at intersections — blots on the landscape generally best ignored — suddenly were beautiful. They were decorated with skill. They were art!

First there were six of them, then another six, then more. As of today, the Town of Mount Pleasant has asked Lowcountry artists to modify 22 of the traffic boxes, and more are in the pipeline.

The rise of public art in South Carolina

Some feature people, some highlight birds, some celebrate the Lowcountry landscape. The Traffic Box Signal Art Program was launched in 2016 by Mount Pleasant’s all-volunteer Culture, Arts and Pride Commission, which has an annual budget of $20,000.

The program is administered by Nicole Harvey, the town’s special events manager, who said her team works with the S.C. Department of Transportation to secure an encroachment permit, which allows access to the boxes. The artists’ imagery is printed on a vinyl wrapping, not applied directly to the metal box.

“Originally, when we started this program, we thought it was just going to be graphic artists” — people who could create work according to a set of specifications, Harvey said. “But we figured out they can take any piece of artwork and make it work.”

As a result, the town has been soliciting artists to submit applications. Artists receive a modest $250 stipend to help cover costs. The process has been frictionless, Harvey said.

“It’s been so well-received,” she said. “People are excited to see art going in in front of their store. It’s been a cool thing to watch unfold and to see reactions from people in the community.”

Currently, every box along Highway 17 between Carolina Park Boulevard and Houston Northcutt is wrapped, and several more along Coleman Boulevard recently have been subject to an artist’s touch.

One of the first people to transform a gray piece of traffic infrastructure into an example of effective public art was Gretta Kruesi. She had painted a sea turtle mural at the Isle of Palm’s Front Beach. An avid kite surfer and ocean lover, Kruesi started painting about eight years ago and quickly became an accomplished street artist. She splits her time between the Lowcountry and Southern California, painting in both places.

“I think that the utility box project bodes extremely well for Mount Pleasant,” she said. “If you can take something that’s otherwise an eyesore and turn it into something beautiful and representative of the town, I think that’s a great thing.”

Kruesi said the town is dealing with challenging issues of growth, so any flash of color, any little bit of artistic flair, can only help.

“Utility boxes are a subtle way for artists to leave their mark,” she said.

She was assigned a traffic box at the intersection of Highway 17 and the Isle of Palms connector, so she decided to keep with the turtle theme and, at the opposite end of the connector, paint hatchlings crawling toward the ocean.

Murals are filling in the Charleston cityscape. Here's a quick guide.

Bren Romano Monteiro, chairwoman of the Culture, Arts and Pride Commission, said the traffic box project is just one of several current initiatives.

“We have a bunch of different projects happening right now,” Monteiro said.

One is a just-completed mural of a colorful fish, by Kris Manning, on an exterior wall of Fulton Street Hair Co. on Chuck Dawley Boulevard. Another is an installation at Waterfront Park called “Art on the Halfshell,” featuring oysters made with fiberglass. Another is a set of quirky sculptures located at a pocket park near Moultrie Middle School.

Soon, the commission will launch “Town Hall Art,” a project that will transform parts of the municipal building into gallery space for art exhibits.

“Town Hall belongs to everyone,” Monteiro said. “We love that we are able to exhibit all this artwork.”

Harvey said there are as many traffic boxes as traffic lights, and that the program started in 2016 will continue. At the commission’s October meeting, six more boxes were identified for the project’s 2020 phase, and encroachment permits have been requested from SCDOT.

The earliest wrappings are proving durable. People are taking notice.

“We’ve been contacted by four or five cities and towns around South Carolina that now want to start doing them,” Harvey said. “Imitation is best form of flattery, right?”

Artists can find the application online at http://www.tompsc.com, or call the Culture, Arts and Pride Commission.

Town officials are eager to entertain new ideas and plan for 2021 and beyond.

“We’ll just keep going until we run out of boxes,” Harvey said.

Charleston isn't the only SC city with a lively arts scene. Consider Greenville.