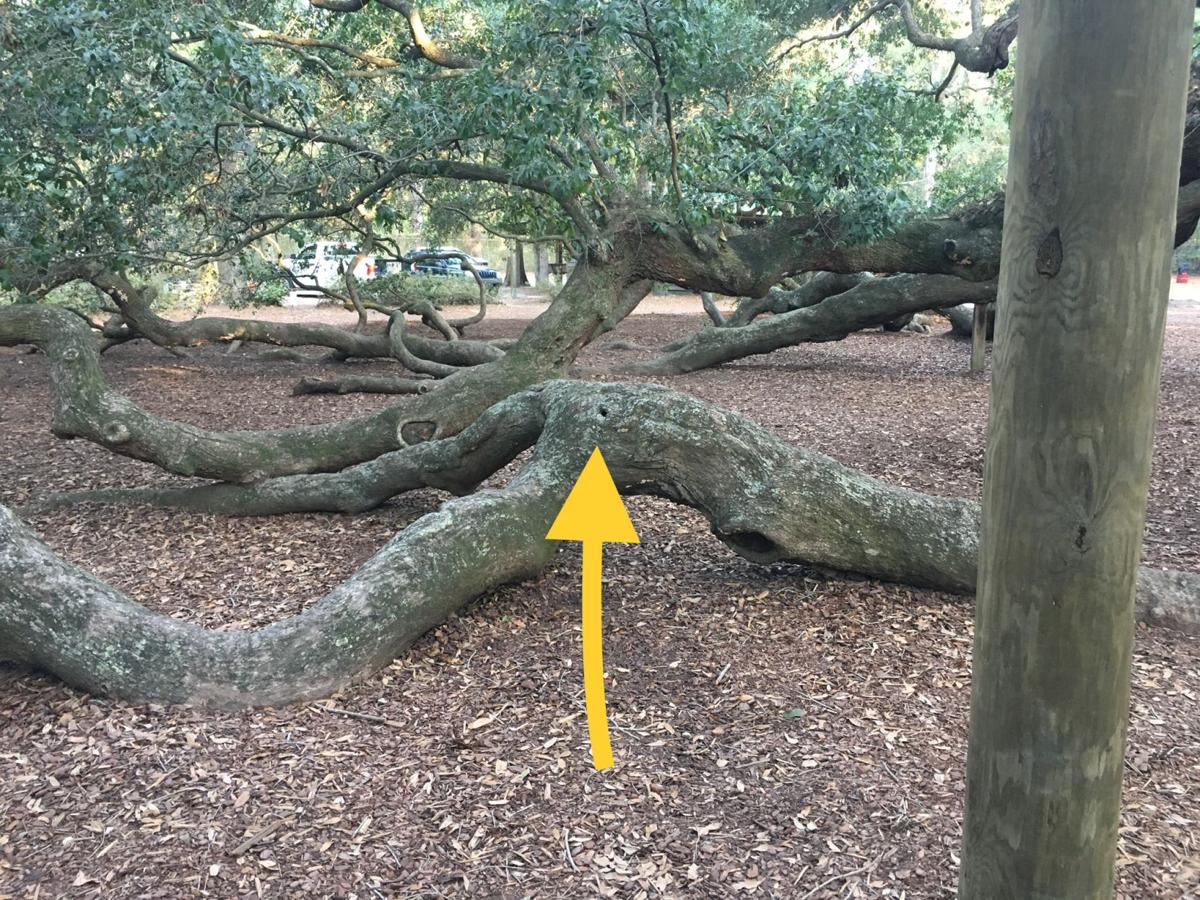 This Charleston Parks Department photo shows the location of the cavity on the Angel Oak where the ring was lost. Provided 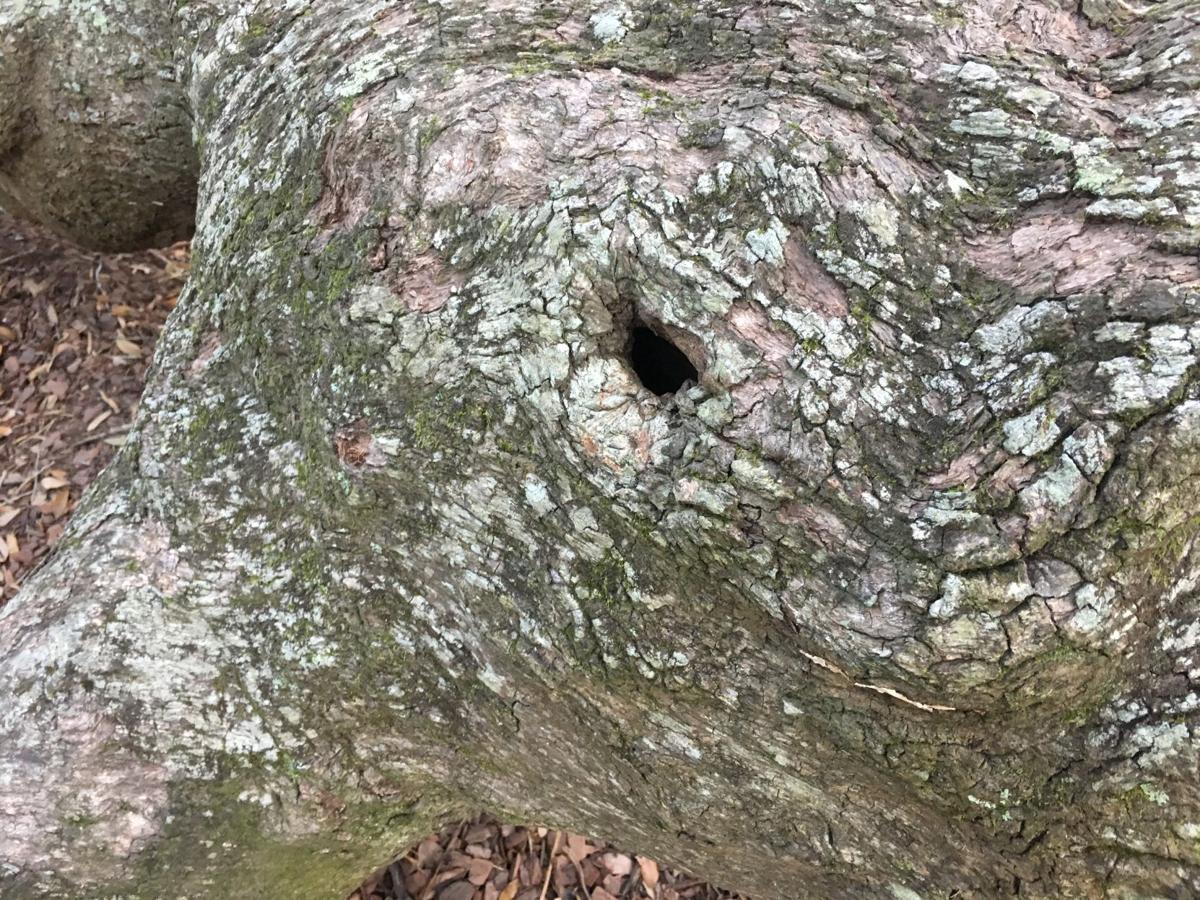 A close-up of the Angel Oak cavity that swallowed up an engagement ring recently. Provided 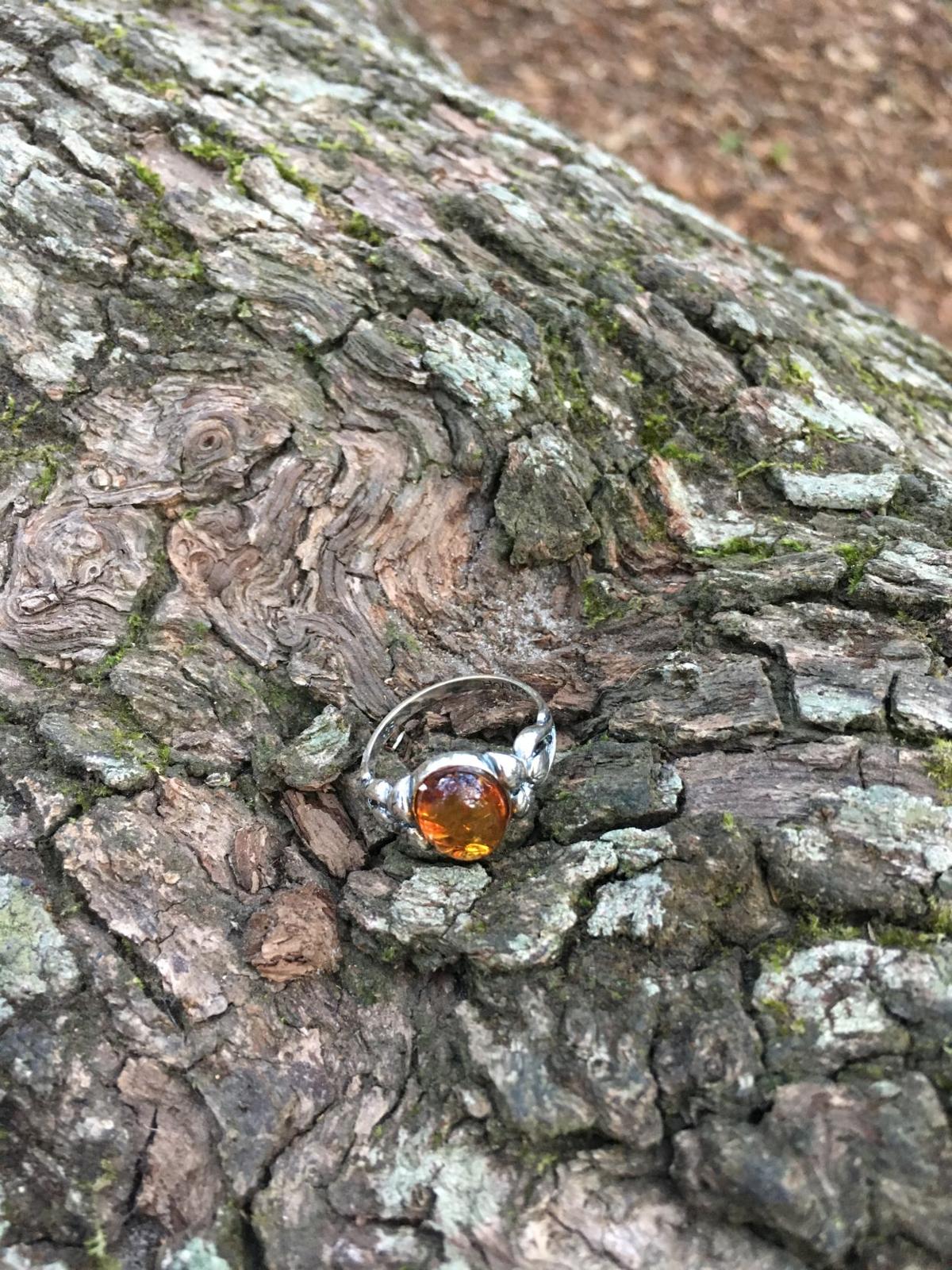 The ring, after the Charleston Parks Department fished it out of the Angel Oak. Provided

Michael Cox of England had a devil of a time getting engaged at Charleston’s Angel Oak.

He and his partner Jennie and their two children were vacationing in the United States to attend a friend’s wedding in Charlotte, and Cox began thinking about where in the Carolinas might be the best place for him to pop the question.

“Jen has always enjoyed nature and being outside, so I was fairly confident that it was the place,” he said of the Johns Island park that features the Lowcountry’s most famous tree.

All oaks aren't 'angels': Water oaks as common as live oaks but not nearly as strong

He presented a ring to his partner Jennie earlier this week, but what happened next was rather unexpected.

She gave the gemstone ring to their 3-year-old daughter, Eliza, who soon deposited the bauble into a cavity in one of the massive oak’s sprawling branches.

The quarter-sized opening was rather dark — and deep.

“There was a few seconds of silent shock before we both desperately scrambled over to the hole and tried to see if we could get it back,” he said. “Everything we tried didn’t seem to work.

"In fact, the more we tried to hook the ring on a stick the further into the hole it went until it finally went out of sight. By this time people had gathered to give suggestions and try and help but to no avail.”

It’s not like they could just go get a big saw to find and free it: The Johns Island oak is widely considered a Lowcountry treasure, one of the largest surviving live oaks east of the Mississippi, approximately 300 to 400 years old. Thousands visit it every year.

Cox returned to the tree later that afternoon after buying a large pair of tweezers at a local pet shop.

“I was certain it was gone,” he said. “At least I could say I tried everything I could.”

On his return visit, though, he was told the city would call a parks crew over in the morning to take a look and see what they could do. The crew had a special camera and a metal survey flag with its tip bent into a hook.

“We went about our day, and my mood gradually improved. That evening, I toyed with the idea of going to the tree first thing to meet the team, but getting children ready took precedence,” he said. “Plus they had my number and said they would let me know. “

“We hadn’t even got the children dressed before I got a phone call with the good news. We couldn’t believe it!" he said.

He and his wife and their children quickly got dressed, grabbed some chocolates as a thank you gesture and raced over to the Angel Oak.

“We were presented with the ring by Barbara Taylor who works at the Angel Oak. She was accompanied by our two heroes, Eddie Wilkerson and Luke Lemacks who had fished the ring out with what can only have been surgeon-like skill. They told us it had gone really far into the tree but with the help of the small camera and a long piece of wire they’d fashioned into a hook they had succeeded."

With the ring back in hand, Cox got down on one knee and proposed again, in almost the exact same spot as the previous day.

So he ended up with more than a fiancée. He also got a great story, too.

“My daughter has been apologizing to mummy every time she notices the ring, so we have told her that it’s good she put it in there because now the ancient tree fairies have given it magical powers. Also I know exactly what I’m doing if she ever gets engaged. “