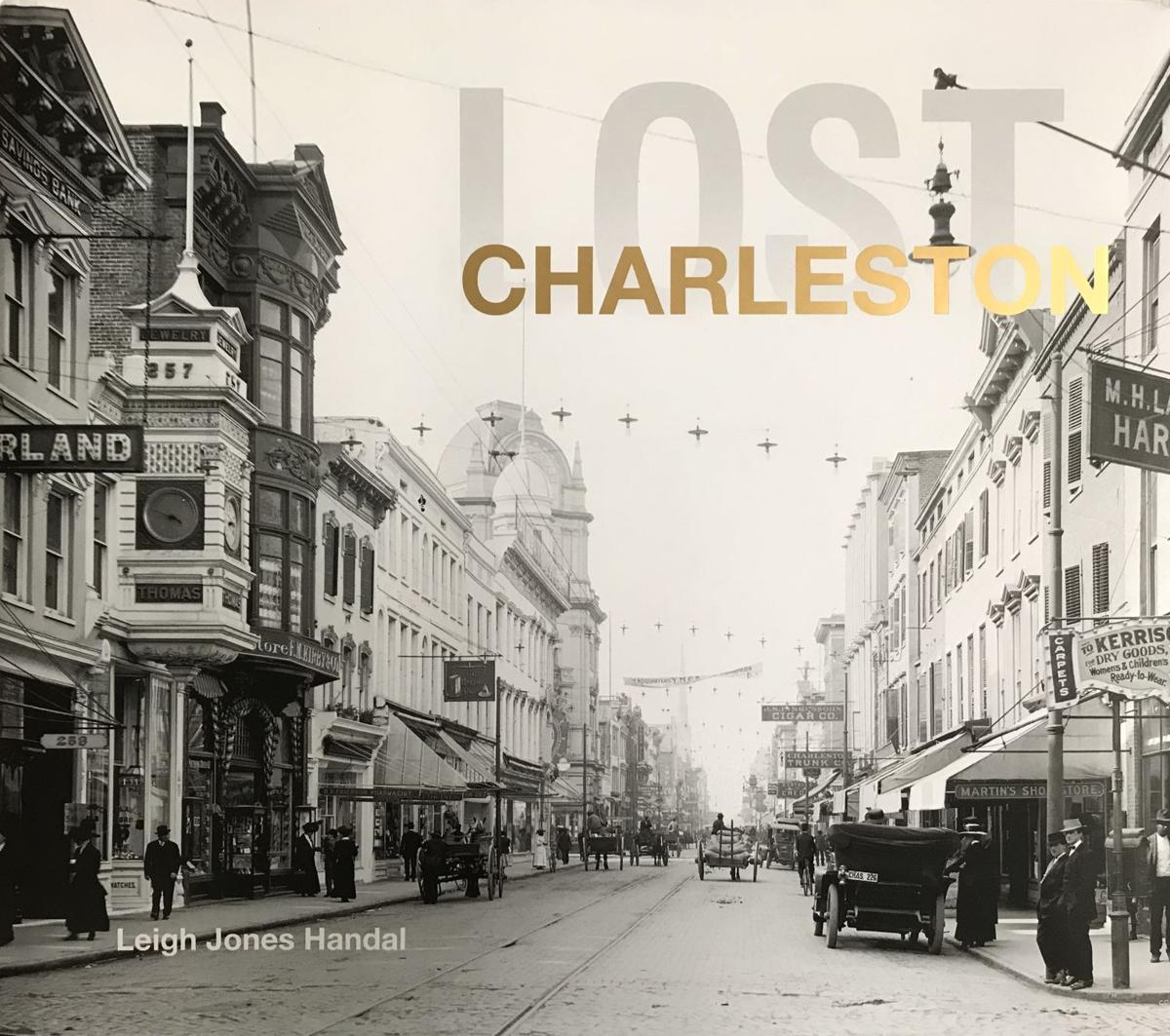 The cover of "Lost Charleston," a book by Leigh Jones Handal. 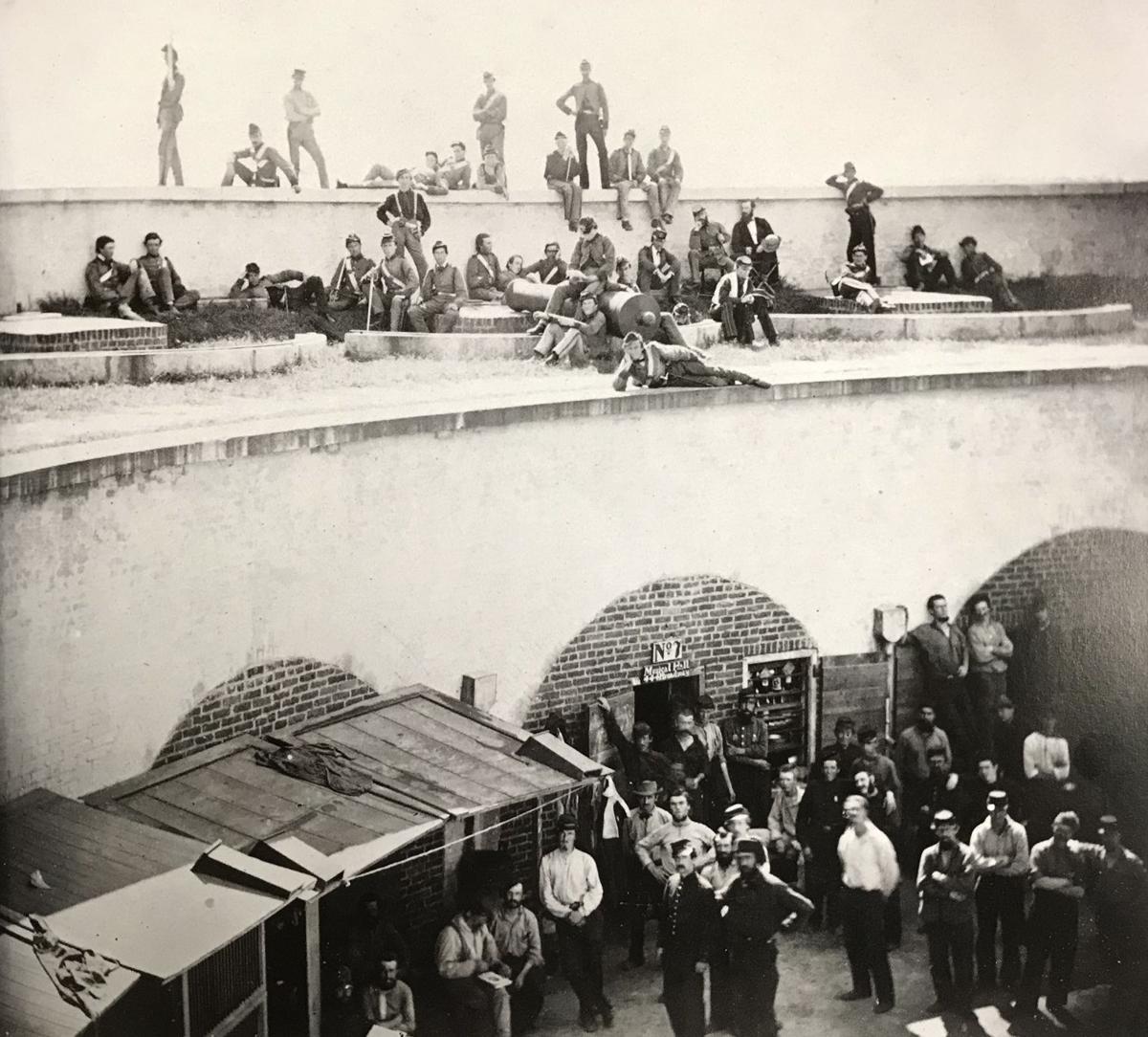 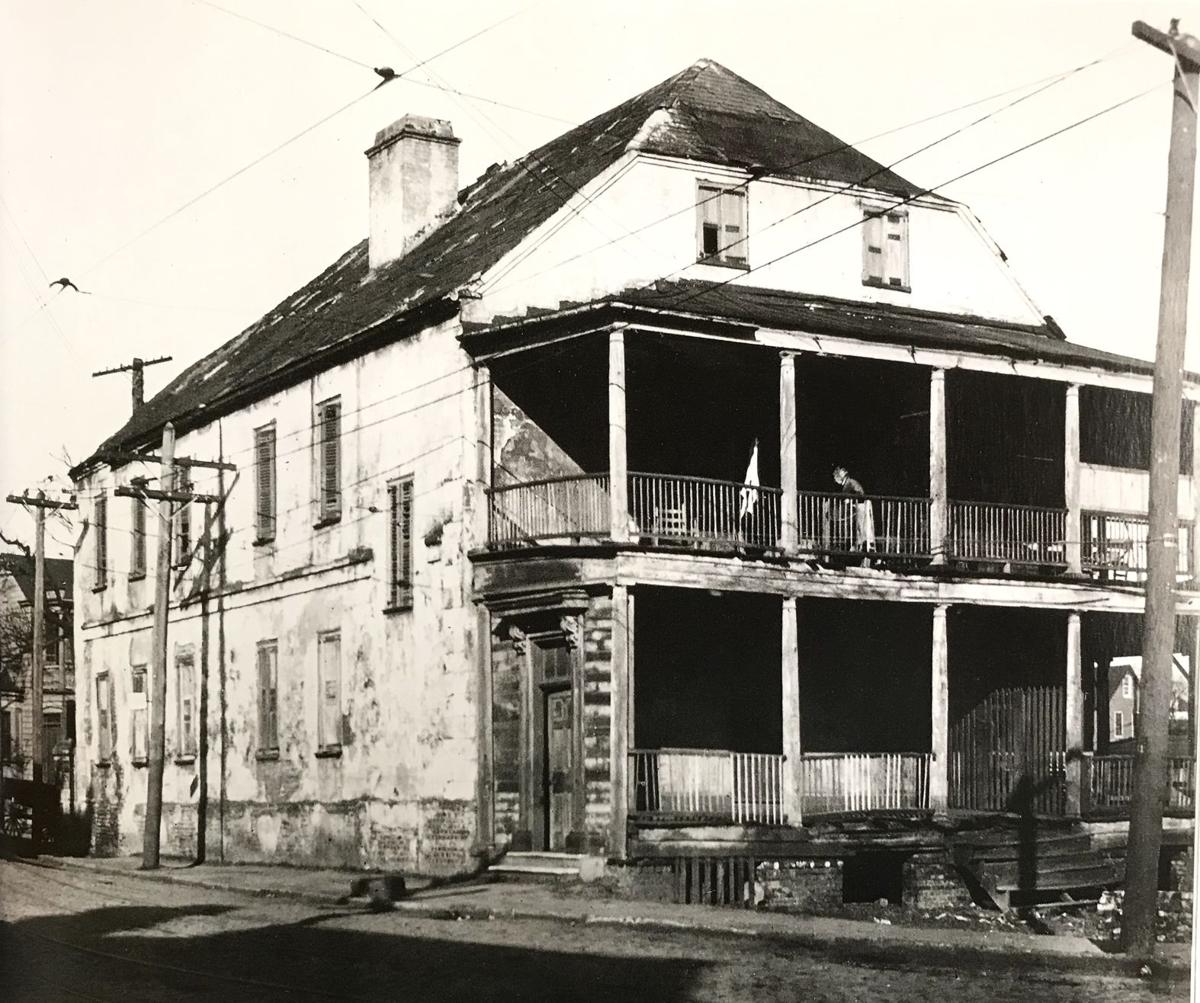 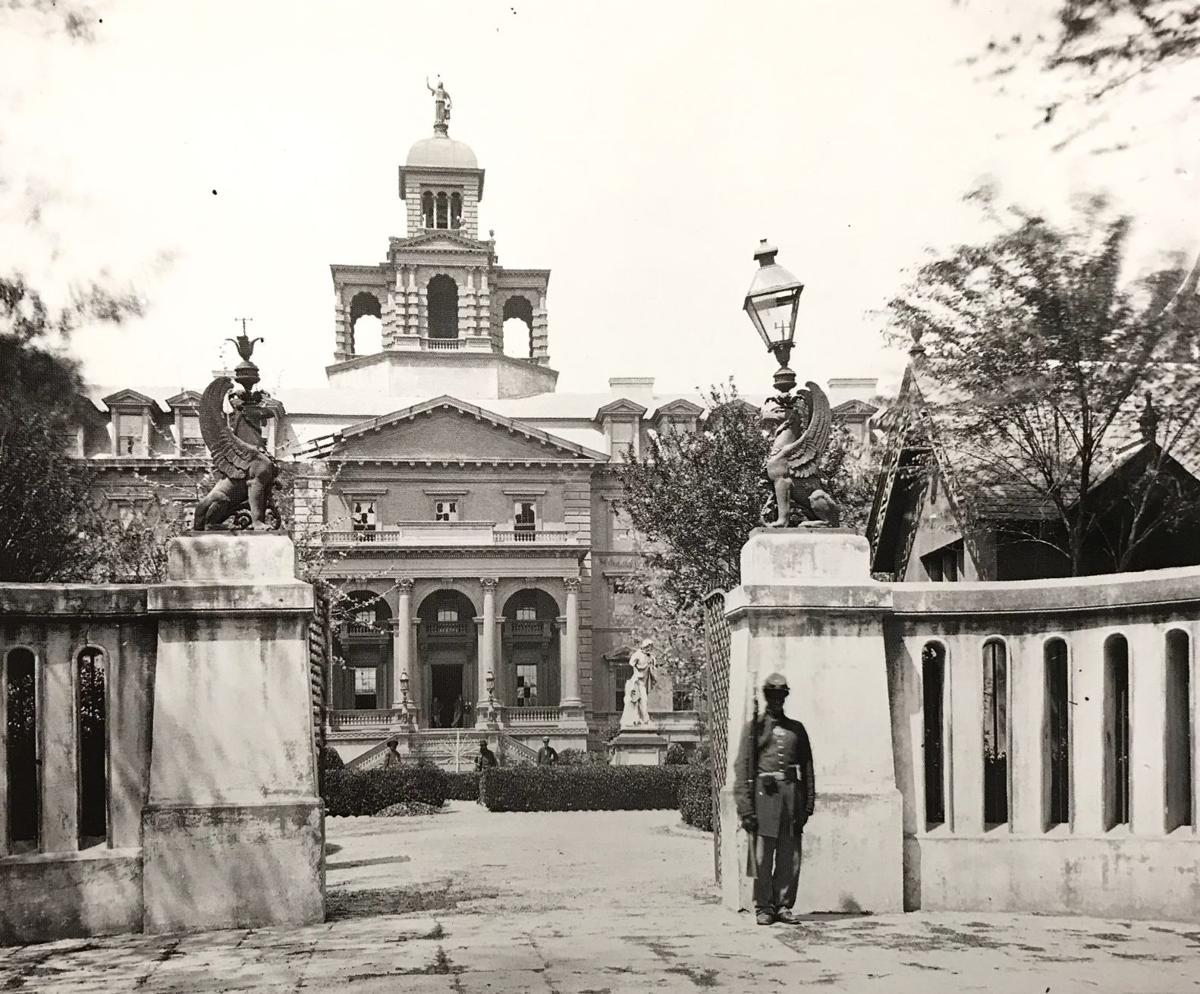 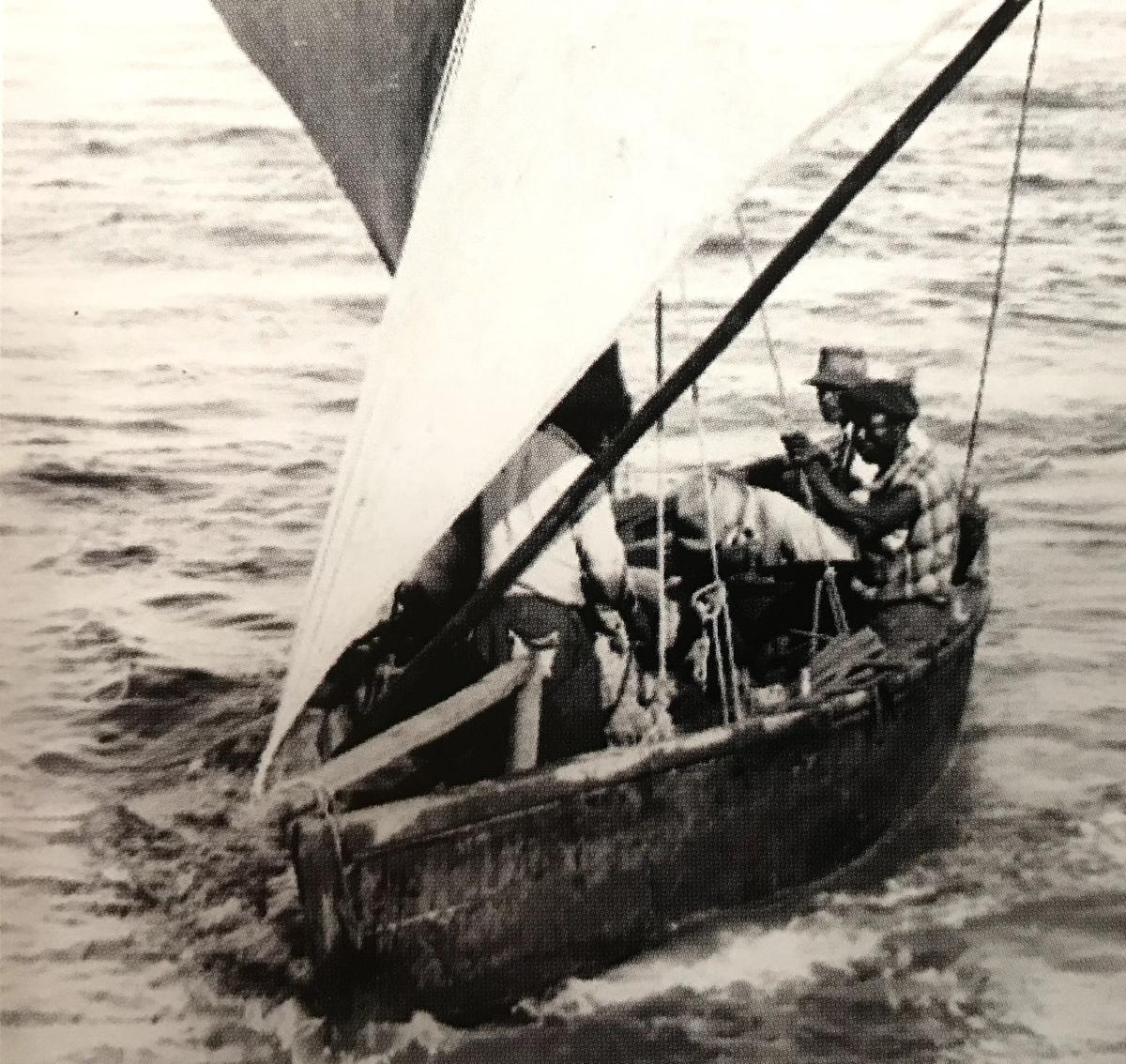 The cover of "Lost Charleston," a book by Leigh Jones Handal.

She wanted to get to present-day Charleston as soon as she could.

Leigh Jones Handal grew up in Cheraw and her family had mixed feelings about that coastal city to the south with its cultural and historical aspirations. Handal’s first visit to the Holy City was a field trip as a Brownie Girl Scout when she was 6 or 7.

“I stepped off the bus and the minute my feet hit the ground I connected with the place,” Handal said.

It was love at first sight.

“Every book report, every special project from grade school on up I wrote about Charleston.”

She moved here as soon as she could, to attend the College of Charleston.

And now her book “Lost Charleston,” part of a series of pictorial books published by Pavilion, is available for sale.

The book is a chronological examination of the buildings, institutions and practices that have disappeared over the years, mostly since the dawn of photography. A couple of the earliest entries pre-date photography: The Village of Childsbury was abandoned in the 1760s, and the old city walls were dismantled around 1785.

But the photographic record is rich. It includes images made after the Great Fire of 1861, which destroyed many important structures, including S.C. Institute Hall, the Pinckney Mansion and St. Andrew’s Hall.

The Civil War did additional damage to the city and its surroundings. The resulting economic devastation helped put an end to the Washington Race Course. The 1886 earthquake ended many buildings downtown, including the Guard House.

The book features fascinating photographs of these buildings and short essays describing their history and demise. No one alive today would remember the Ivory City, torn down for scrap in 1902, or the Henry Laurens House, demolished in 1914.

The city was a different place back then, when tall ships docked at the wharves, cotton was cultivated on the sea islands and Morris Island still had a lighthouse keeper’s residence.

Each place has a story to tell, Handal said, and she reveled in the discoveries her research brought to light.

“The older part of history seems factual, but every time you answer one question you uncover one or two conundrums,” she said.

Tips for those just learning about Charleston's deep architectural traditions

Handal relied heavily on the Facebook group “Charleston History Before 1945,” which boasts 26,000 members — a veritable brain trust of Charleston information.

Early posts to the group’s page resulted in a flurry of suggestions for what to include in the book, she said. Some of those conundrums were solved thanks to the group’s resources. Access to its members enabled her to reach primary sources, people who actually had danced in the Folly Beach Pavilion.

She also consulted historians and archivists, such as Nic Butler, Walter Edgar and Robert Rosen, and she spent hours poring through The Post and Courier’s archives.

The project landed in her lap, Handal said. Publisher Frank Hopkinson had encountered her website Charleston Raconteurs, noted that Handal had co-edited the city’s official Tour Guide Training Manual, and worked with the Historic Charleston Foundation and the Preservation Society of Charleston on their home tours.

Her qualifications seemed evident, and soon Handal had submitted a sample chapter (on S.C. Institute Hall, where the Ordinance of Secession was signed). She quickly got the gig and sought to create a set of narratives, she said.

The need to include certain sites was obvious (Charleston Orphan House, Thompson Auditorium), but others required a curatorial approach. Should she include something on the Carolina Parakeet? What about the College of Charleston Maroons football team?

Her decisions were based in large measure on whether good photographs were available, she said.

Ginny Bush, former president of the board of the Charleston Library Society and a colleague of Handal’s when the two worked at Historic Charleston Foundation together, served as proofreader and offered a few editorial suggestions.

“She kept apologizing for sending me a batch of five more (essays), but I loved it,” Bush said.

She especially loved the discoveries.

“While I have been an avid student of Charleston history ... so much of what is covered in this book was entirely new to me,” Bush said. “Many of the little essays cover fresh ground.”

Before the fire of 1954, the Isle of Palms was an altogether different place. After the steamships stopped bringing people in and out of the city in the middle of the 20th century, Vendue Range was virtually abandoned. That period saw the end of the famed Jenkins Orphanage Band and the demolition of the Charleston Hotel. So much more disappeared in the years that followed: the Catholic Orphan Asylum, the houses of the Three Sisters, the flower ladies and street vendors, the Bevo Howard air shows, Dean Hall.

Like all old cities, Charleston has been remade again and again. But what has been lost is worth remembering.