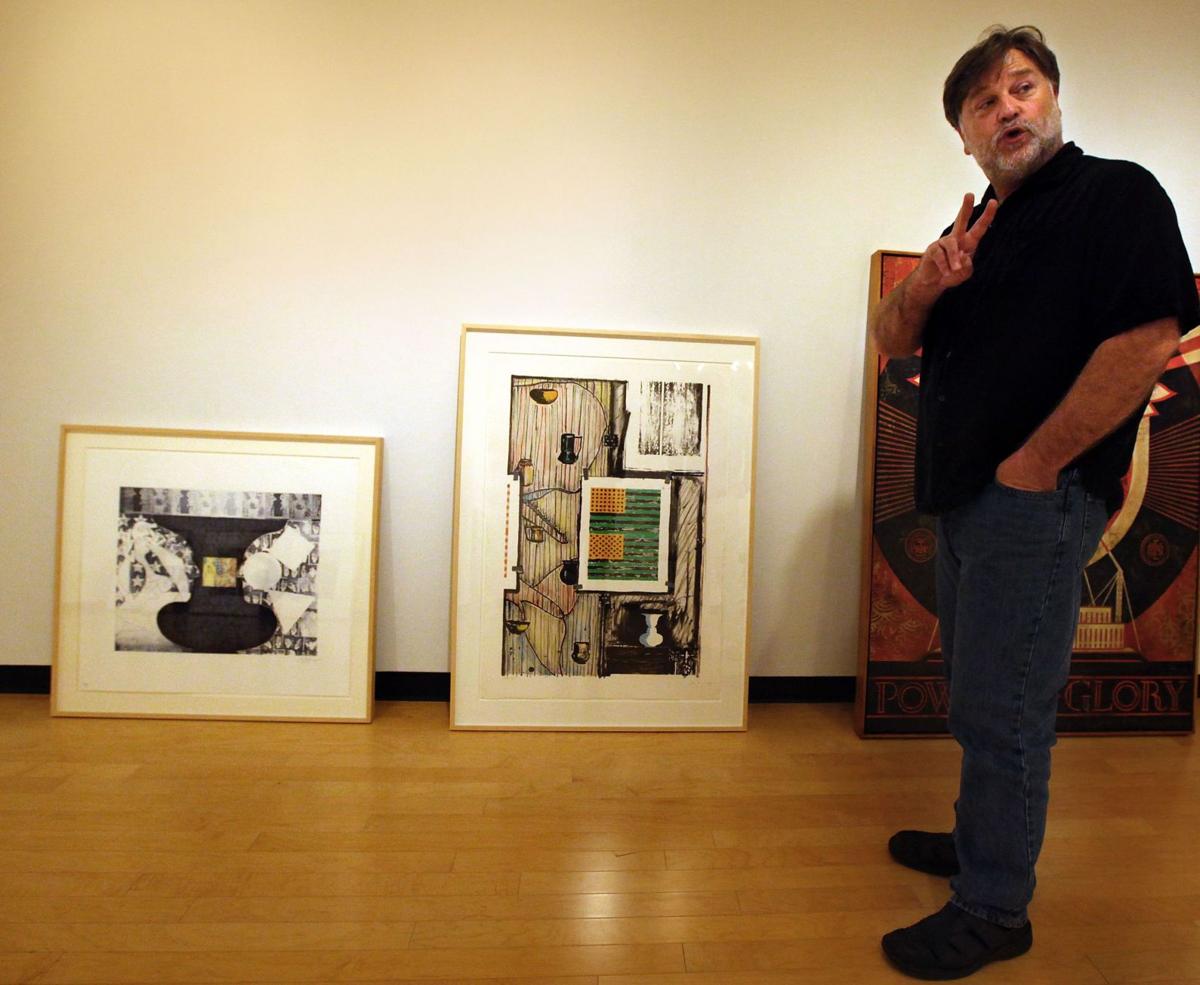 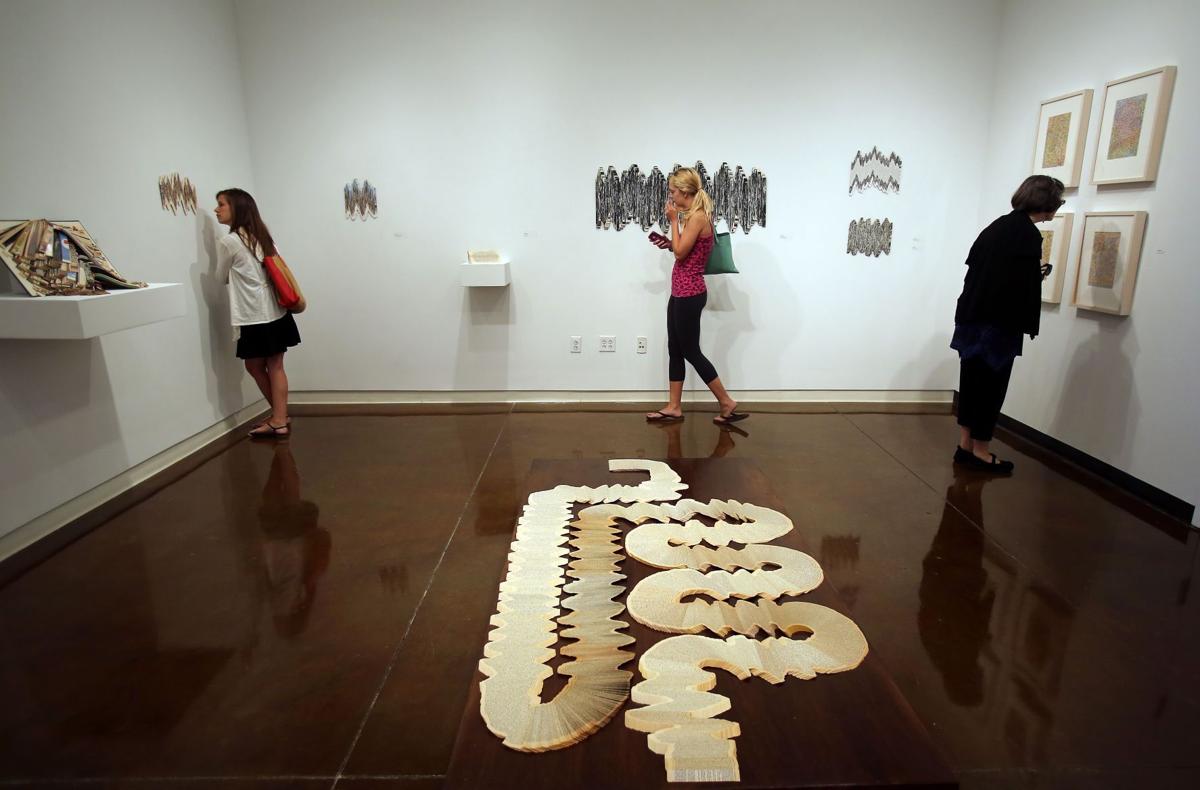 Halsey Institute of Contemporary Art is housed in The Marion and Wayland H. Cato Jr. Center for the Arts at the College of Charleston, and was built in 2009 during Valerie Morris' tenure as  School of the Arts dean. File/Grace Beahm Alford/Staff

Mark Sloan, director and chief curator of the Halsey Institute of Contemporary Art, announced Friday he will leave his post at the end of the year.

Sloan has run the Halsey for 26 years, bolstering his reputation for mounting exhibitions of works by many lesser-known as well as several very well-known artists.

He worked his path in a relatively conservative arts environment, often thrilling patrons with imaginative and provocative shows, most of which included an array of ancillary programming such as artist talks, gallery tours, documentary films and impressive catalogs made in collaboration with local designer Gil Shuler.

The Halsey, named for Charleston native William Halsey, a respected modernist painter and sculptor who died in 1999, is part of the College of Charleston. It was located in a small front corner of the Simons Center on St. Philip Street when Sloan arrived in 1994.

Today, it occupies a bright two-gallery space in the adjacent Cato Fine Arts Center, which opened in January 2010. Sloan played a key role in designing and locating the Halsey Institute in the new space, ensuring that it was front-facing and flexible.

“I am very proud of the work we have all done together — members, friends, artists, community partners, donors, staff, advisory board members, and faculty colleagues at the College of Charleston,” he said in a statement.

“The four words ‘It takes a village’ come to mind. Being the director and chief curator at the Halsey has propelled me into some of the most rewarding and amazing life experiences I have had,” he said.

Sloan has organized 245 shows during his tenure. He has rescued more than one talented artist from obscurity, including Aldwyth, Lonnie Holley and Colin Quashie. And he has provided a stage for some better known artists such as Shepard Fairey, Sonya Clark, Jasper Johns and Renee Stout.

His biggest show, co-curated with College of Charleston colleague Mark Long, was “Southbound: Photographs of and About the New South,” presented in 2018-19 featuring works by 56 artists so numerous they required a second space, the City Gallery at Waterfront Park.

Sloan is one of several leaders in Charleston’s arts community to announce his retirement. Nigel Redden of Spoleto Festival USA, said he would step down after the 2021 event. Steve Bedard of the Gaillard Center will retire around the same time, in June. Marjory Wentworth, South Carolina’s poet laureate for 17 years, resigned from her position early this month.

The retirements can be attributed to a normal changing of the guard as an older generation seeks to move on, and to make way for younger people. But there is no question the COVID-19 pandemic and its impacts on arts organizations has been a factor.

The pandemic has forced arts organizations to give up revenues, impose operational restrictions and reconsider how their institutions can function — or survive — if viral pandemics are to remain a threat.

Gaillard president and CEO Stephen Bedard to retire in 2021

“The changes that will be brought about in our culture as a result of the COVID-19 virus are only beginning to be felt,” Sloan said. “We have no sense of the scope of the virus, much less how it will impact our lives in the months and years ahead."

Associate Director Lizz Biswell, Director of Exhibitions Bryan Granger and Curator and Director of Strategic Partnerships Katie Hirsch will comprise the leadership team as the Halsey searches for a new director.

Sloan has relocated to North Carolina, his home state, where he will soon launch an art consulting business. His wife, photographer Michelle Van Parys, retired from the College of Charleston last year.