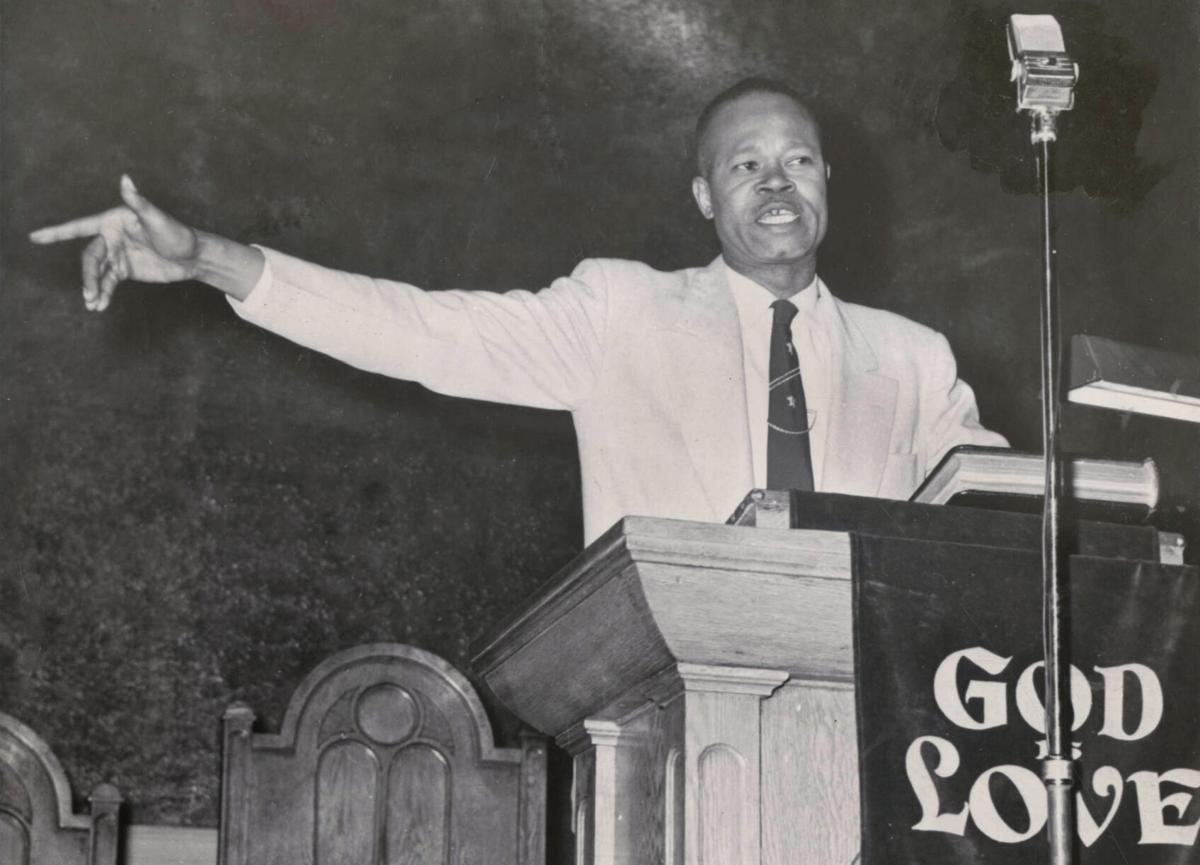 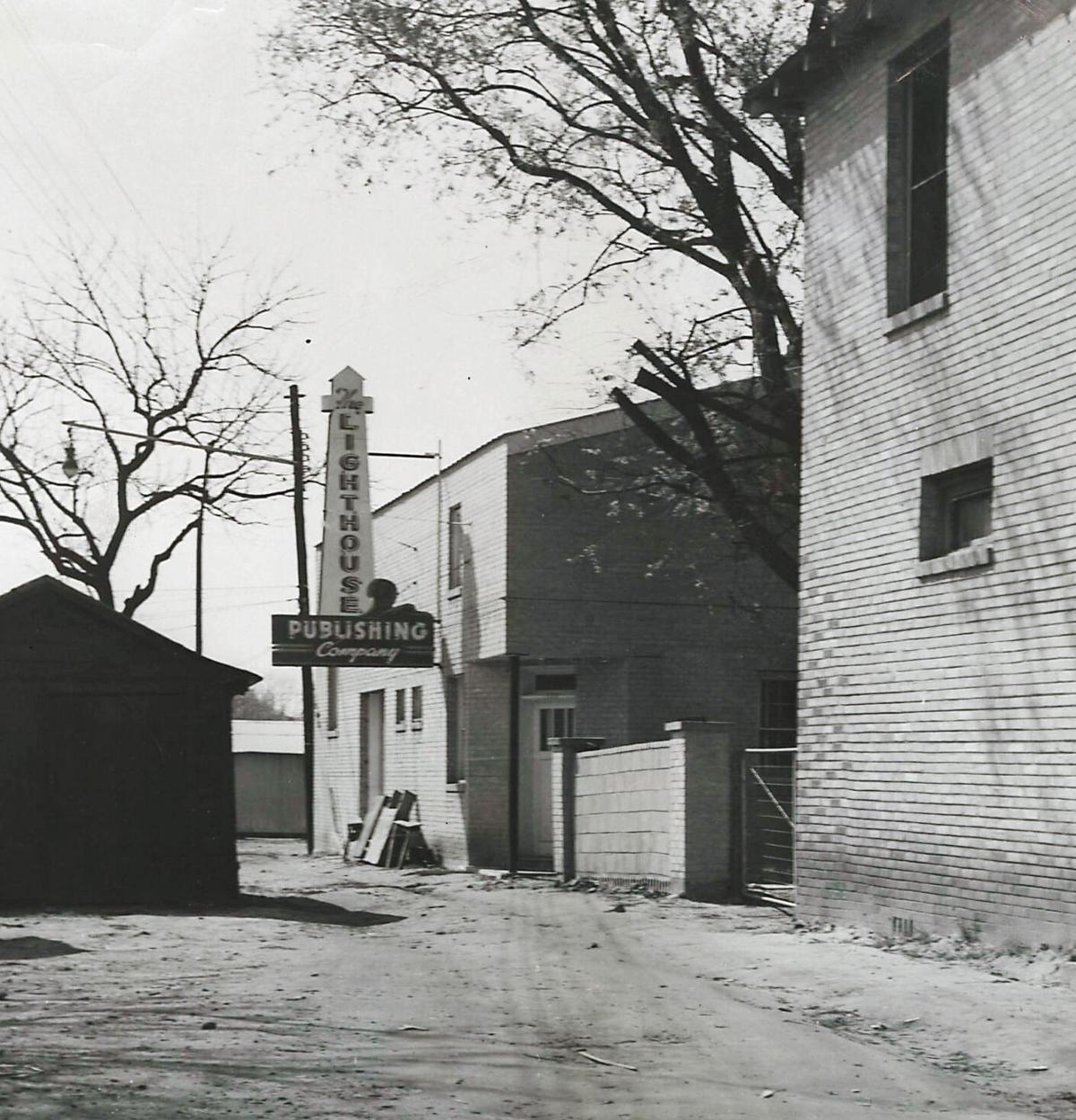 A photograph of the Lighthouse Publishing Company building on Harden Street in Columbia, seen from up the block. South Caroliniana Library/Provided 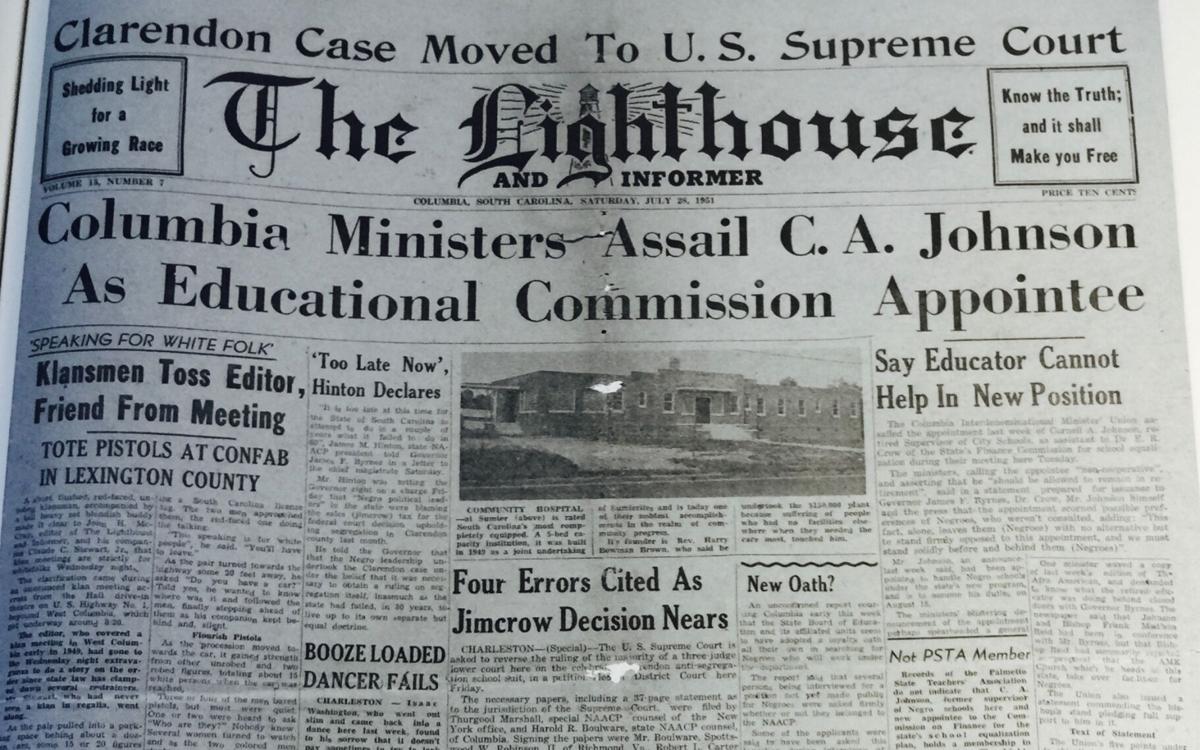 The July 28, 1951 front page of The Lighthouse and Informer, an influential newspaper started in South Carolina by John Henry McCray. Sid Bedingfield/Provided 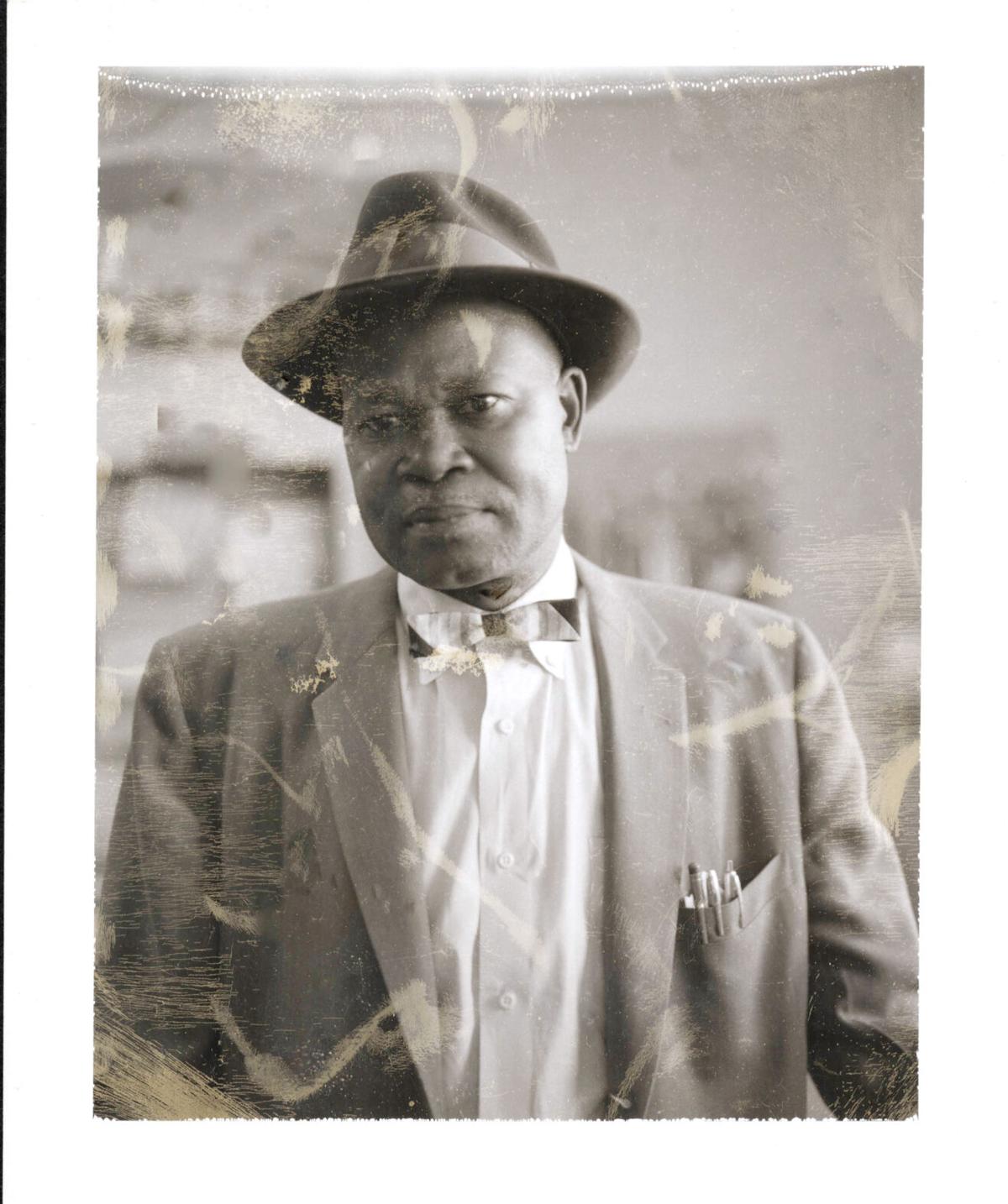 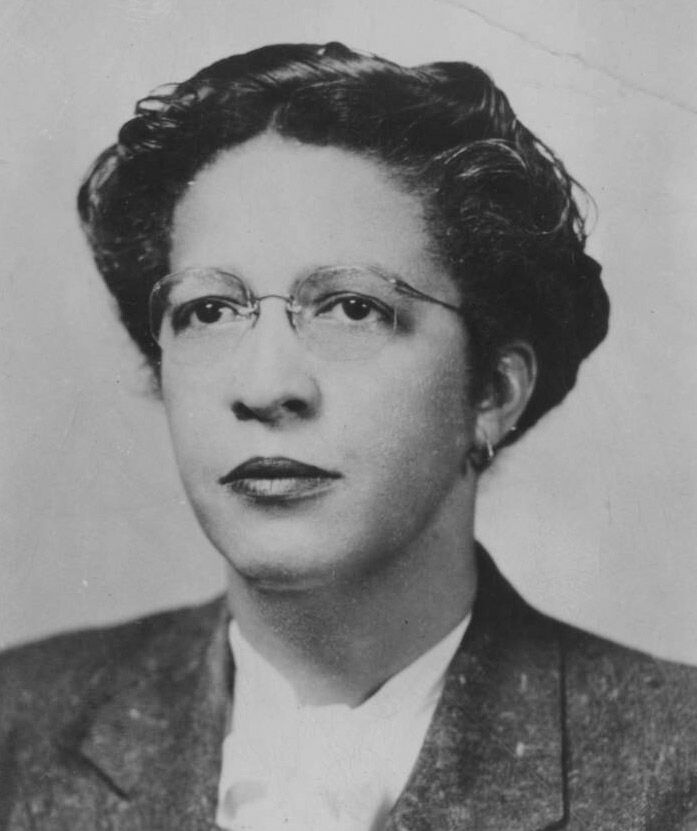 Modjeska Simkins, a leader of the NAACP in Columbia, who worked closely with John McCray to advance a civil rights agenda in South Carolina. South Caroliniana Library/Provided 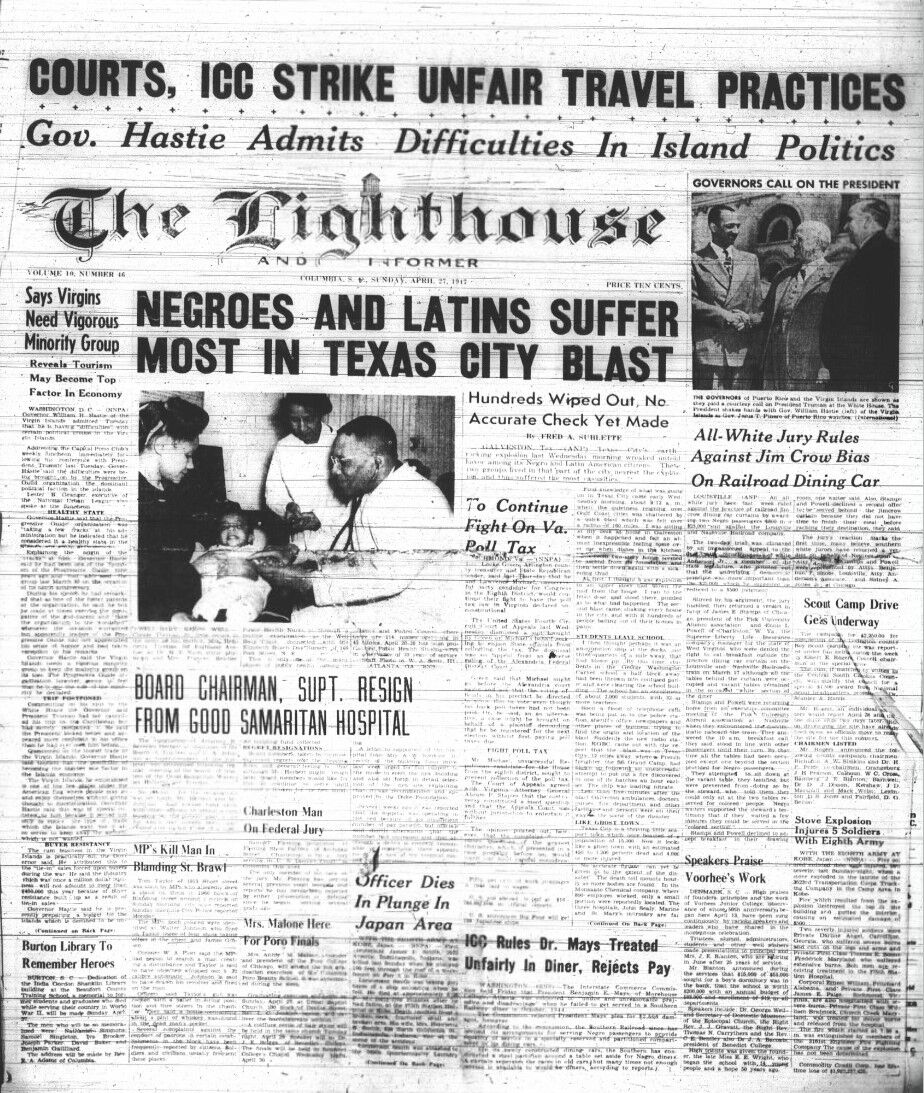 The April 27, 1942 front page of The Lighthouse and Informer. South Caroliniana Library/Provided 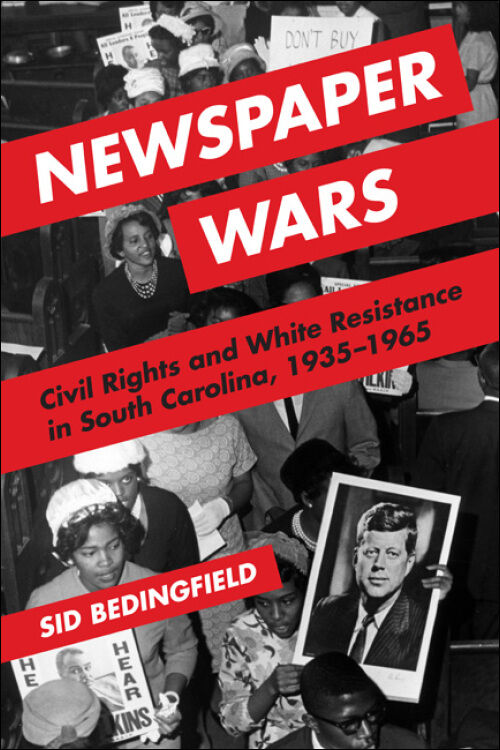 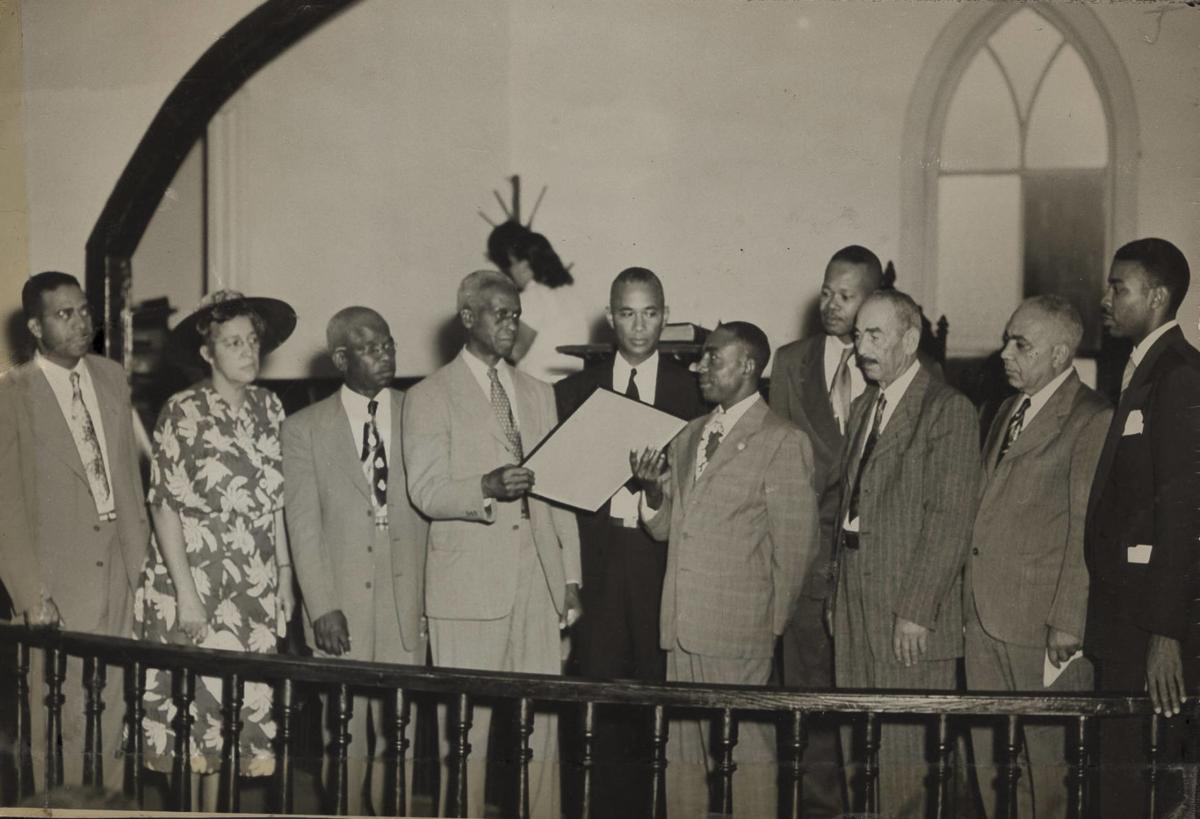 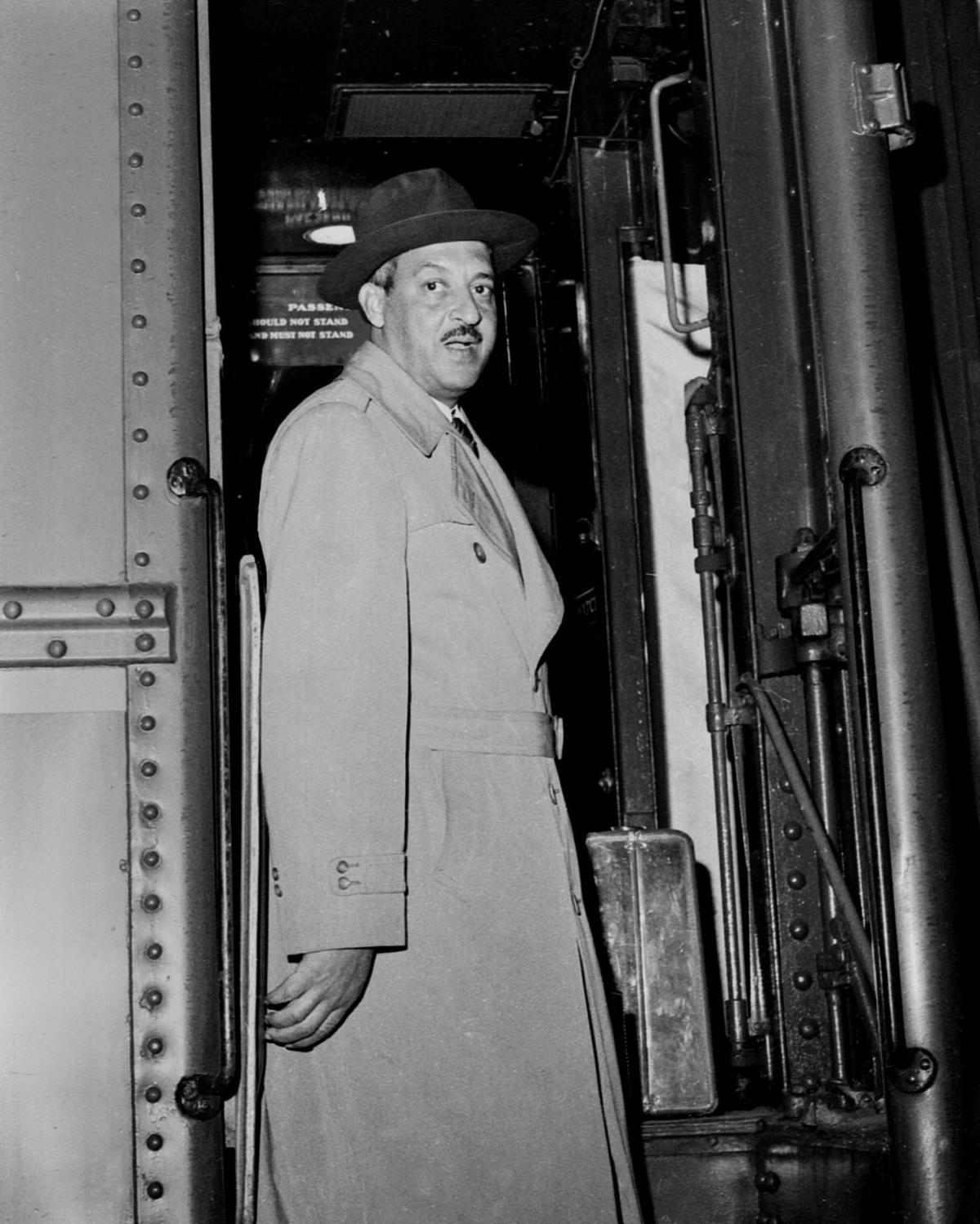 Thurgood Marshall arriving in Charleston for a hearing of the Briggs v. Elliott case. Cecil Williams/Provided 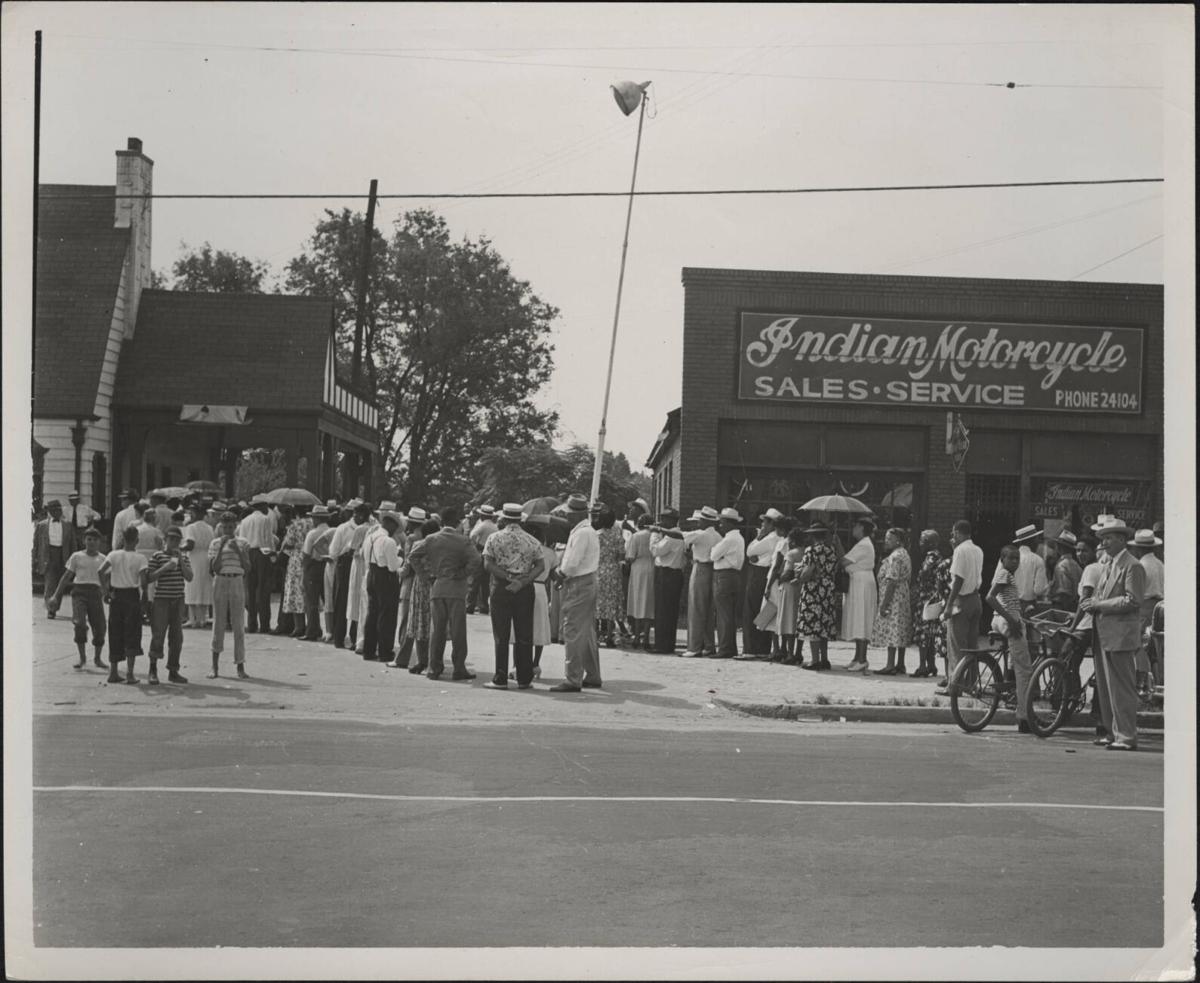 Columbia residents in line to vote in the 1948 election. South Caroliniana Library/Provided

Thurgood Marshall arriving in Charleston for a hearing of the Briggs v. Elliott case. Cecil Williams/Provided

Occasionally, someone comes along and really shakes things up.

During the 1940s and early 1950s, South Carolina’s segregationist status quo got shook something fierce by a number of prominent people, such as NAACP activists Modjeska Simkins and James M. Hinton, attorneys Thurgood Marshall and Matthew Perry, federal judge J. Waties Waring and, not least, the newspaperman John Henry McCray.

McCray was arguably the state’s most important Black journalist ever, and his newspaper, The Lighthouse and Informer, one of the most progressive. It called aggressively and repeatedly for racial equality, rejecting accommodation and incrementalism.

Thanks to a recent $44,000 three-year grant from the National Park Service (funded with revenue from federal oil leases), students at Allen University in Columbia, a historically Black school affiliated with the AME Church, soon will have the chance to investigate McCray’s tumultuous life and noteworthy achievements.

Under the supervision of Kevin Trumpeter, the school’s dean of arts and humanities, students will pore over digitized copies of The Lighthouse and Informer with an eye toward the larger civil rights narratives of the period, such as the NAACP’s successful legal battles over school teachers’ unequal pay, voting rights and integration of the Democratic Party. They could also initiate an oral history project and participate in a culminating public event.

Trumpeter said the effort, postponed slightly because of the COVID-19 pandemic, will teach its participants researching and interviewing skills, South Carolina history and more.

The 1940s was a period of energized opposition to institutionalized segregation, often overshadowed by the direct action phase of the movement led by Martin Luther King Jr., Rosa Parks, John Lewis and others in the years between the 1954 Supreme Court decision in Brown v. Board of Education and passage of the Voting Rights Act of 1965.

“There’s a gap in the (known) history of South Carolina’s civil rights story,” Trumpeter said. And McCray is one of the central figures he wants his students to know more about.

Black newspapers emerged during the era of slavery and segregation as an alternative to a media industry that did not represent African Americans fairly, according to Bobby Donaldson, director of the Center for Civil Rights History and Research at the University of South Carolina.

The first regular Black publication was Freedom’s Journal, introduced in 1827 in Boston by Samuel Cornish and John Brown Russwurm. It was a response to traditional newspapers that defended slavery and to abolitionist newspapers that often spoke of Blacks in paternalistic tones. "Too long have others spoken for us," the publishers of Freedom's Journal argued.

“It was a window into the Black world, a world that had largely been marginalized and silenced in the popular press of the time,” Donaldson said.

Eventually, other Black newspapers emerged offering a variety of content, from news stories and commentary to religious instruction and cultural engagement. Many of these papers were produced in the North and surreptitiously distributed to people in the Deep South. Since many African Americans at the time could not read or write, a literate member of the community would read the paper aloud at church or in the barbershop, Donaldson said.

During the dangerous years of Jim Crow, some Black newspaper publishers took a pragmatic approach. Largely accepting of assigned social hierarchies, they offered conservative views on the plight of African Americans, emphasizing temperance and civility, according to Sid Bedingfield, a journalism professor at the University of Minnesota and author of “Newspaper Wars: Civil Rights and White Resistance in South Carolina, 1935-1965.”

But not McCray. His was a full-throated call to action.

Confident in his views

“John McCray was fearless when fearlessness was a capital offense for most Black men in the Deep South,” Bedingfield said. “He emerged during the ’30s when Black activism was at a low ebb, when the Depression and white supremacy seemed to have really destroyed any kind of organized civil rights activism in the state. Yet here is a guy throwing himself into the effort to organize, statewide, a fiercely activist civil rights movement.”

He was a product of the institutions founded during Reconstruction, the short period of Black enfranchisement that followed the Civil War. Born in Florida, he grew up in the enclave of Lincolnville, a Black community near Summerville founded in 1867 by several members of the AME Church.

“He saw Black men and women in positions of authority in Lincolnville, unlike Charleston, where you walked around feeling afraid all the time,” Bedingfield said.

He attended the Avery Normal Institute which affirmed his sense of self-determination. Then it was on to Talladega College in Alabama, where he earned a degree in chemistry and cultivated his passion for journalism, developing a critical and demanding voice directed at the Black community.

“He was confident in his views of the world,” Bedingfield said. “He thought well of himself.”

In 1935, he returned to the Charleston area and took a job with the North Carolina Mutual Insurance Co., a successful Black-owned enterprise. He was on track for a relatively comfortable middle-class life.

Then he decided to start a newspaper.

McCray launched The Charleston Lighthouse in 1939 on a shoestring and made a name for himself when he ran a story about infighting at Allen University, taking the side of the students and calling for regime change, according to Bedingfield.

The story and its impact caught the attention of NAACP leader Modjeska Simkins in Columbia, who knew she needed a strong ally in the media to help her address discrimination in the Democratic Party. The NAACP was ready to launch a campaign challenging the legality of the party’s all-White primary.

In McCray, she found her man.

Simkins persuaded the journalist to merge his paper with the Sumter Informer and move to Columbia. There, The Lighthouse and Informer became the unofficial public mouthpiece for the NAACP, challenging accommodationists.

“He would urge his readers to ‘rebel and fight,’ to ‘reject the slavery of thought in action that created Uncle Toms and Aunt Jemimas,’ and to create progressive fighters for the race,” Bedingfield said. “Modjeska Simkins wanted a fighting news organization and, well, she got it.”

The Lighthouse and Informer took an active role in defending Isaac Woodard, a World War II soldier who, returning home, was assaulted and blinded by Batesville Chief of Police Linwood Shull.

“A spring morning in 1946 the Rev. James M. Hinton, state NAACP president, telephoned me," McCray wrote at the time. "By now, it was customary for him to contact me immediately after receiving information that might lead to a state NAACP project or, information which might provide a good story pointing up racism’s inflictions upon Negroes. Mr. Hinton, he said, had just been told that a colored soldier’s eyes had been beaten out by police at Batesburg, S.C., and the victim was a patient in the Veterans Hospital near Columbia.”

The newspaper also was instrumental in advocating on behalf of “the magnificent men and women of Clarendon County,” who assumed terrific risk to bring the Briggs v. Elliott case to the courts. The NAACP’s Thurgood Marshall argued the case on behalf of the Black plaintiffs, and J. Waties Waring issued his historic dissent by asserting that “segregation is per se inequality.”

But all progress eventually is met with resistance and pushback. White leaders in South Carolina, unhappy with McCray’s successes, found a way to ostracize him, Bedingfield said. In late 1949, a Black man in Newberry County was charged with raping a White woman. He plead guilty, but then gave an interview in which he claimed that the woman had consented. McCray published an article based on the interview, sharing the defendant’s side of the story.

The woman’s father was Newberry County’s prosecutor, and he charged McCray with criminal libel. McCray was sentenced to probation and continued to speak publicly about the Briggs case and other injustices. The authorities arrested him for violating his probation and the judge sentenced McCray to three months of hard labor on a chain gang.

By 1952, he was free but at odds with Simkins who had tried to keep The Lighthouse and Informer up and running. McCray abandoned the project, accepting invitations to edit regional editions of other Black newspapers, such as the Pittsburgh Courier and Chicago Defender.

Before long he returned to Talladega College and joined the staff, but he continued to write columns for various publications, including the weekly Charleston Chronicle newspaper and the monthly Orangeburg-based magazine View South. McCray died in Alabama on Sept. 15, 1987.

“His life story in some ways is exactly what opponents of Reconstruction in the South feared most,” Bedingfield said. “They were worried about the rise of people like John McCray, and a vibrant Black middle class in Southern society. They fought it hard on the ground and in the press, (employing) the narrative that Reconstruction was a disaster.”

Under scrutiny, historic Lowcountry plantations consider their role in dialogue on race

USC now has a robust collection of McCray’s photographs, correspondence and other materials housed at the South Caroliniana Library.

The library’s holdings also include copies of The Palmetto Leader, a Black newspaper published by another vocal advocate for equal rights, Nathaniel J. Frederick, from 1925 to 1966.

“We’ve always been a repository that gets a lot of use from academic historians and graduate students doing dissertations,” said Graham Duncan, head of collections and manuscripts.

Members of the community sometimes venture in, too. But now the library is pushing to make the material more accessible. “We are actively partnering with professors to integrate some of our holdings into their classes,” Duncan said.

“The Lighthouse was indeed unique,” he said. “It was a forum on civil rights, a window into world largely ignored and invisible if you read the White newspapers.”

Until the end, McCray was committed to “Shedding Light for a Growing Race,” as The Lighthouse’s motto states. This is what Allen University’s students soon will discover for themselves.