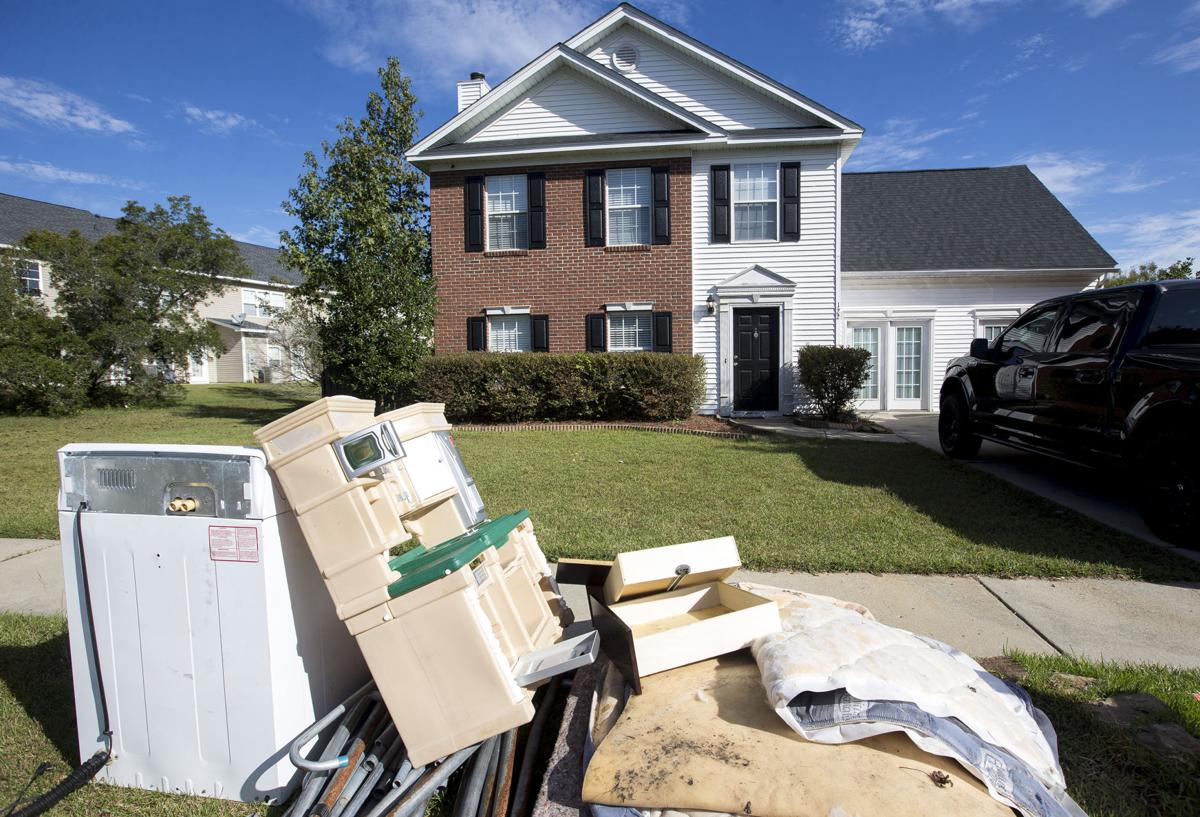 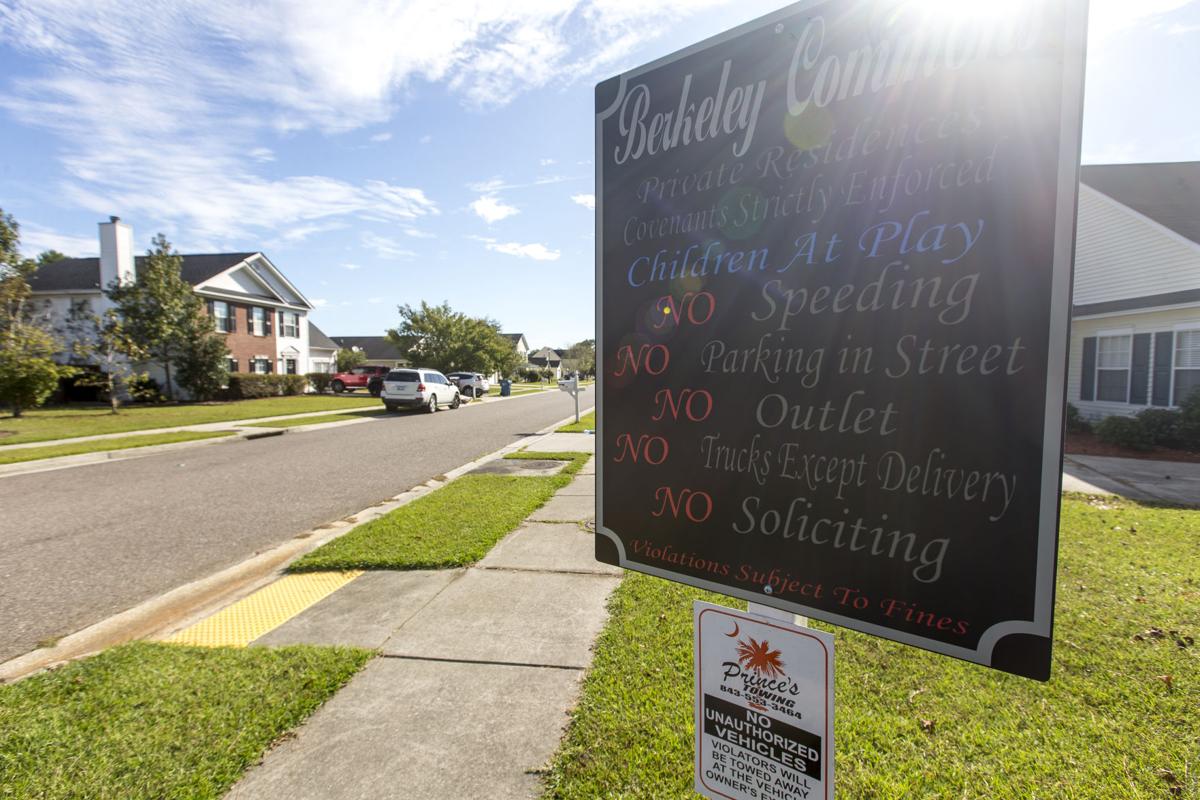 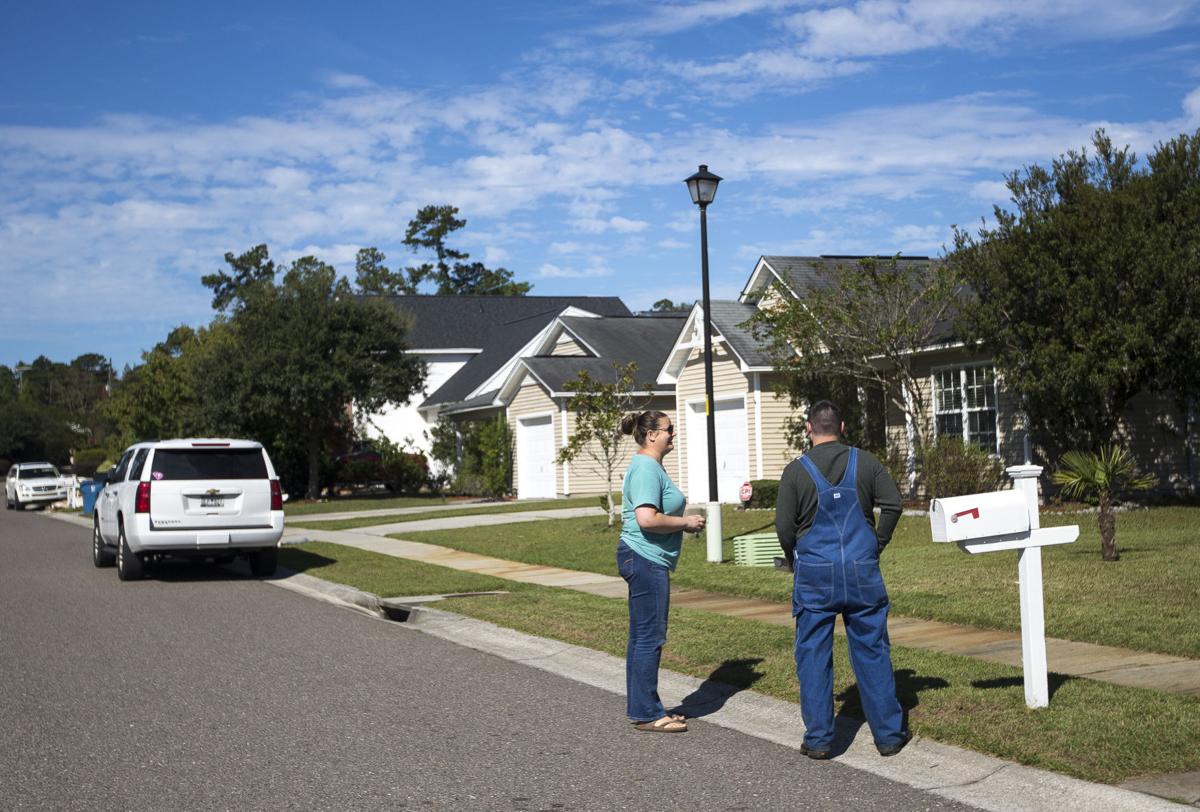 Nataliya Matejka, a property manager at 122 Patriot Lane in Berkeley Commons, talks with neighbors on Thursday, Oct. 24, 2019, after deputies discovered several children inside the home in "horrific conditions" on Tuesday. Matejka said one of her property inspectors heard a child crying upstairs during a routine inspection and reported it to the police. Andrew J. Whitaker/Staff 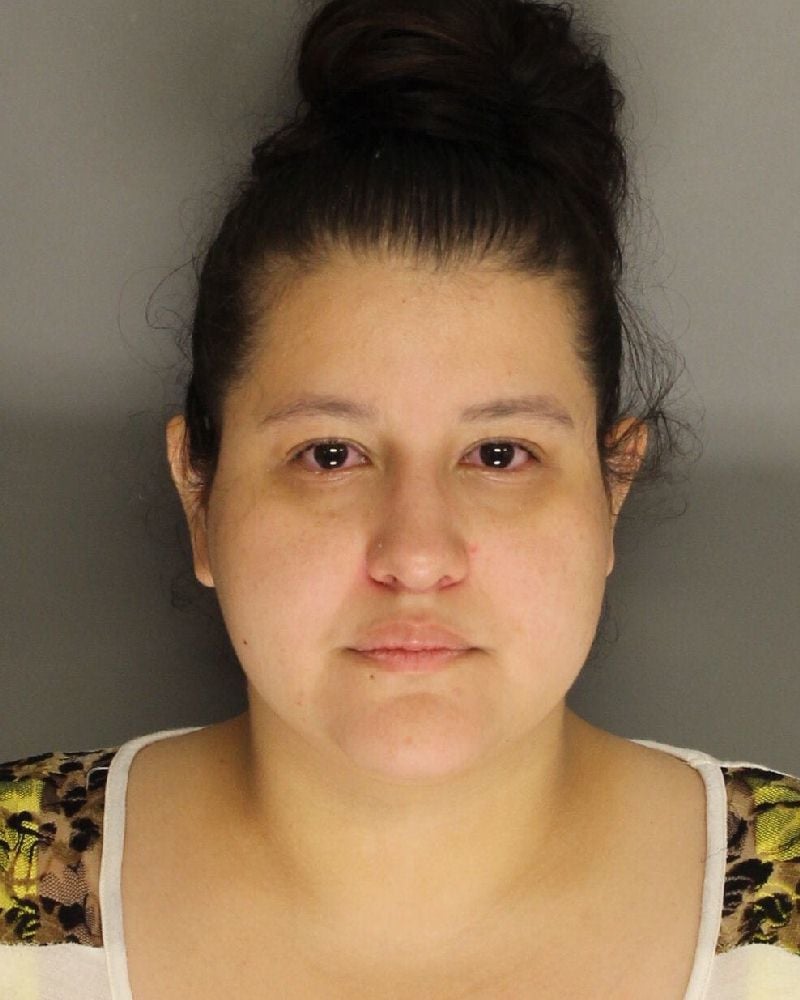 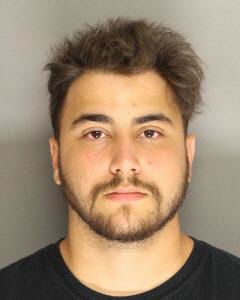 A home inspector heard screams from a locked bedroom of a Berkeley County home, which led authorities to take seven children into protective custody and arrest a married couple.

Inside the two-story brick home with a neatly manicured lawn in Berkeley Commons, seven children and five adults were living in filthy rooms, Berkeley County sheriff’s deputies discovered Tuesday. Blinds covered the windows and each room was outfitted with surveillance cameras.

Five of the children shared a feces-covered upstairs bedroom secured with a deadbolt but no doorknob, deputies said. The children were kept in the room alongside small, caged animals.

“The smell was horrific,” a deputy noted in an incident report.

Their parents, 22-year-old Erick Perez-Viera and 26-year-old Diana Salbon, slept in the next room, according to the report. Another woman lived apart from Salbon, Perez-Viera and their five children, in two rooms with her two children. Those rooms were found to be "in livable conditions."

When deputies arrived, they found Salbon with an infant and a toddler, according to the report. A small child was let out of the upstairs room, which was unlocked.

Sometime later, the other female tenant arrived with the rest of the children that lived in the home, the report said.

Perez-Viera and Salbon were each charged with five counts of felony unlawful conduct toward children, Sheriff Duane Lewis said Thursday. They face up to 10 years for each count.

Jason Matejka, a property manager conducting a quarterly inspection, grew suspicious after arriving at 122 Patriot Lane, off U.S. Highway 17A past Goose Creek, on Tuesday, according to the incident report.

No one responded when he knocked on the front door, which was unlocked, according to the report. Upstairs, he found doors closed and deadbolted from the outside.

Matejka tried to enter one of the upstairs bedrooms and heard a child’s voice.

“Let me out, I am hungry,” the child said, according to Matejka’s statement included in the incident report.

The inspector went downstairs and found Salbon in a bedroom with an infant, the report said. He told her there was a child locked upstairs and asked if he could let the child out.

“No,” Salbon said, according to the report.

Perez-Viera arrived and started asking why the inspector was there.

Matejka then heard screaming coming from upstairs, the report said. He became concerned, left and had his wife call law enforcement.

When deputies arrived at the house, they found children "living in squalor."

All of the house's bedrooms had deadbolts on the outside and no door handles, the report said. Every room had cameras, and more cameras peered out from the front of the house.

"The conditions were just deplorable for children to be living in," Lewis said.

Twelve people lived in the home, including two people in the garage, the sheriff said.

Salbon and Perez-Viera were renting two bedrooms upstairs. Salbon is the biological mother to five of the seven children who lived in the home, Baker said. Perez-Viera is the father of their 1-year-old son and stepfather to Salbon's other four children.

The couple married in February 2018, according to Perez-Viera's Facebook.

The sole leaseholder, who lived downstairs with her two children, wasn't arrested. Her children were living in better conditions than the others, Lewis said, but authorities took the children into protective custody and are investigating possible charges against her.

"It's sad to see people allow this to happen to their own children," Lewis said.

Several vehicles were parked outside the home Thursday, and people could be heard talking through the open upstairs windows. Someone locked the front door when a reporter knocked.

It's unclear how long the children had been living in the home. This was the first issue inspectors have found in their quarterly check-ins at the home, said Nataliya Matejka, Jason Matejka’s wife. She hadn't heard complaints from neighbors since the new tenant took over about 2½ years ago.

Next-door neighbor Howie Welsh said he and his wife have occasionally seen children playing in the fenced-in backyard, but didn't often talk to the residents.