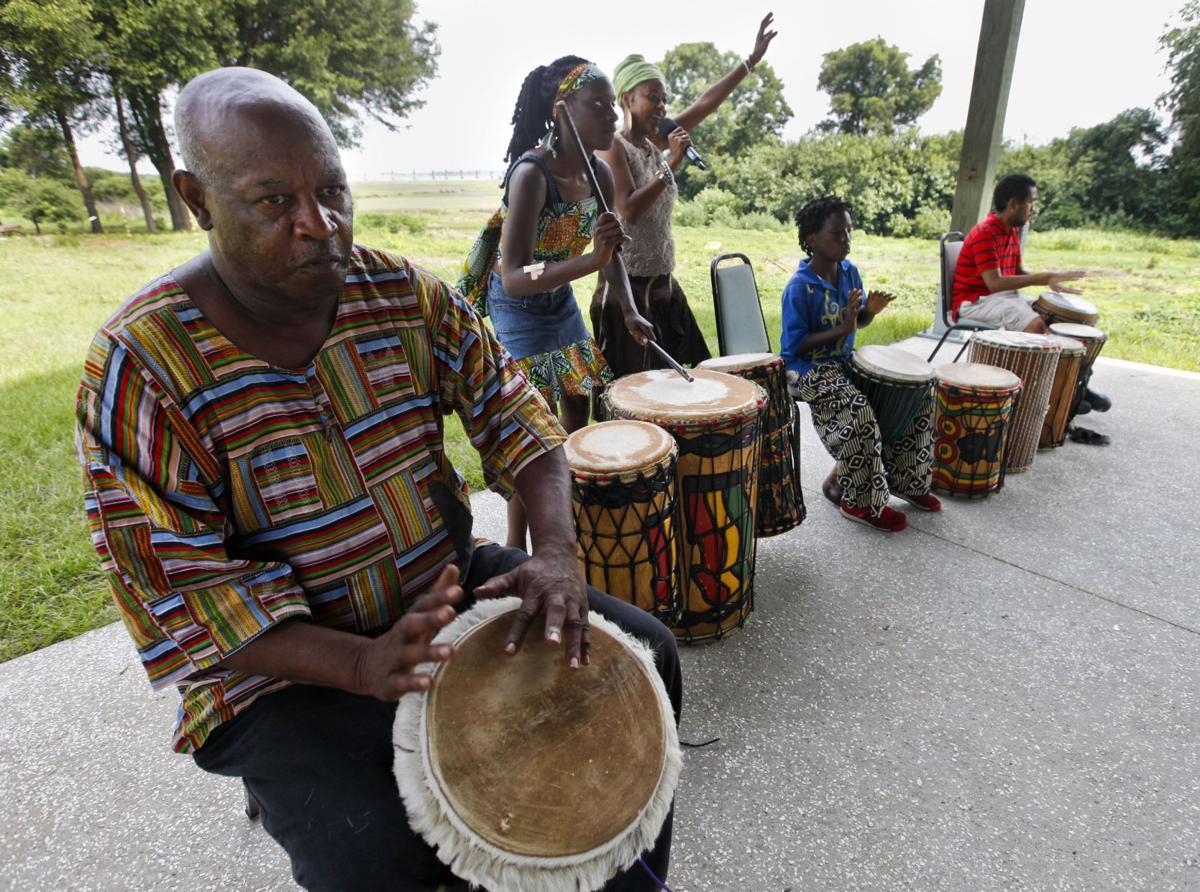 Bob Smalls, a drummer in the Gullah Geechee Group, performed for the Juneteenth kickoff at the Jenkins Orphanage in North Charleston on June 14, 2014. Juneteenth is the national celebration to commemorate the end of slavery. File/Staff 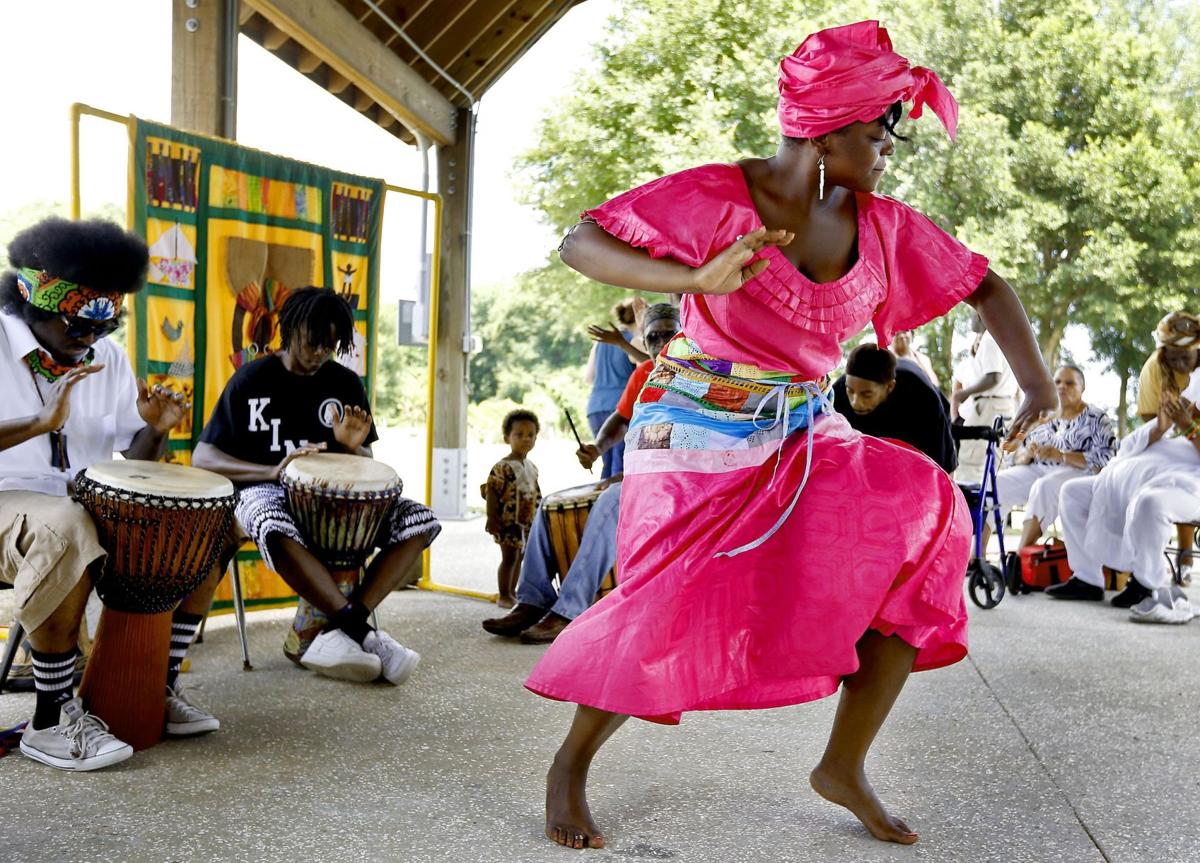 Chilenia "Nina Ross" Jamison of Charleston danced to the rhythm of the drums during Juneteenth celebrations in 2015 at the Jenkins Institute in North Charleston. File/Staff

Bob Smalls, a drummer in the Gullah Geechee Group, performed for the Juneteenth kickoff at the Jenkins Orphanage in North Charleston on June 14, 2014. Juneteenth is the national celebration to commemorate the end of slavery. File/Staff

Chilenia "Nina Ross" Jamison of Charleston danced to the rhythm of the drums during Juneteenth celebrations in 2015 at the Jenkins Institute in North Charleston. File/Staff

When elementary school students across America learn about their country's history, two dates are burned into the pages of their textbooks as critical markers of the Civil War:

June 19 is celebrated annually as "Juneteenth" — an important day in the history of freedom and independence for African slaves.

On June 19, 1865, a Union general informed about 250,000 slaves in Galveston, Texas, that the war had ended and they were free. This news came several months after the South surrendered.

The day is recognized as a holiday by the majority of U.S. states and is celebrated each year across the country.

A lesser known thread in the historical tapestry of American freedom took place on June 19, 1865, nearly two and a half years after the Emancipation Proclamation freed Northern slaves and more than two months after Lee surrendered.

On that day, Union Maj. Gen. Gordon Granger rode into Galveston on horseback to greet the nation's remaining 250,000 slaves by reading aloud General Order No. 3:

"The people of Texas are informed that, in accordance with a proclamation from the Executive of the United States, all slaves are free."

Like July 4 and April 9, June 19 became a day that would be celebrated and honored for generations to follow. Later shortened to "Juneteenth," the holiday is celebrated by many African-Americans as a second Independence Day — the start of independence for their ancestors.

In 1980, Texas observed the day as a state "skeleton" holiday, when state agencies are allowed to operate with a slimmed down staff. More states followed — South Carolina joined in 2007 — and by 2008, nearly half recognized the day.

By that time, Juneteenth had begun to permeate the political consciousness in the White House. According to digitized government records, former President George W. Bush issued a Juneteenth message in 2008, followed by former President Barack Obama in 2016.

Last summer, President Donald Trump issued a Juneteenth statement, in which he noted how much time had passed between the 1863 signing of the Emancipation Proclamation and the June 1865 Texas trip.

"Granger's astonishing words inspired soulful festivities and emotional rejoicing," Trump wrote. "Over the years, as freedmen and freedwomen left Texas, they took Juneteenth and its meaning with them. Today, we celebrate this historic moment in 1865, as we remember our nation's fundamental premise that all men and women are created equal."

This year, Apple added Juneteenth to its list of official holidays marked on its iOS calendars.

Also this year, many South Carolina cities and towns will hold Juneteenth celebrations, honoring the Gullah-Geechee language and culture through historical re-enactments, music, cookouts and more.

Here is a sampling of some events:

5–8 p.m. Friday at St. James Baptist Church: A dinner and movie event. A West African Style Drum Circle will precede the evening's main feature, "The Language You Cry In." Lowcountry fried fish will be served for dinner. Sponsored by the Gullah Geechee Heritage Corridor. This is a free event, but guests must RSVP in advance.

11 a.m.–4 p.m. Saturday in Mitchelville Freedom Park: Historical re-enactments, children's plays and musical performances. Ranky Tanky, a Charleston jazz group with Gullah influences, will perform at 2:30 p.m. According to the park's website, the Mitchelville area of the island is the first self-governed freedmen's town in the United States. Admission to this festival is $10 and free for children ages 12 or younger.

11 a.m.–12 p.m. Tuesday at Hollywood Town Hall: The raising of the Juneteenth flag.

6–10 p.m. June 29 at Wide Awake Park: Juneteenth Jazz Affair. A fashion show with items from Africa will kick off a jazz event with a performance from Rivers & Company. Heavy hors d'oevres and drinks are included in the $12 ticket cost; $17 for a couple.

11 a.m.–4 p.m. June 30 at Wide Awake Park: A Family Fun Day consisting of art classes, a sweetgrass basket demonstration, a chess tournament, and performances from African dancers and drummers. A cookout will be held at 1 p.m. followed by gospel signing at 2 p.m.

This story was updated to correct the description of the Emancipation Proclamation, issued by President Abraham Lincoln in 1863 in order to free slaves in the Confederate states. The 13th Amendment, ratified in 1865, abolished slavery in the United States.