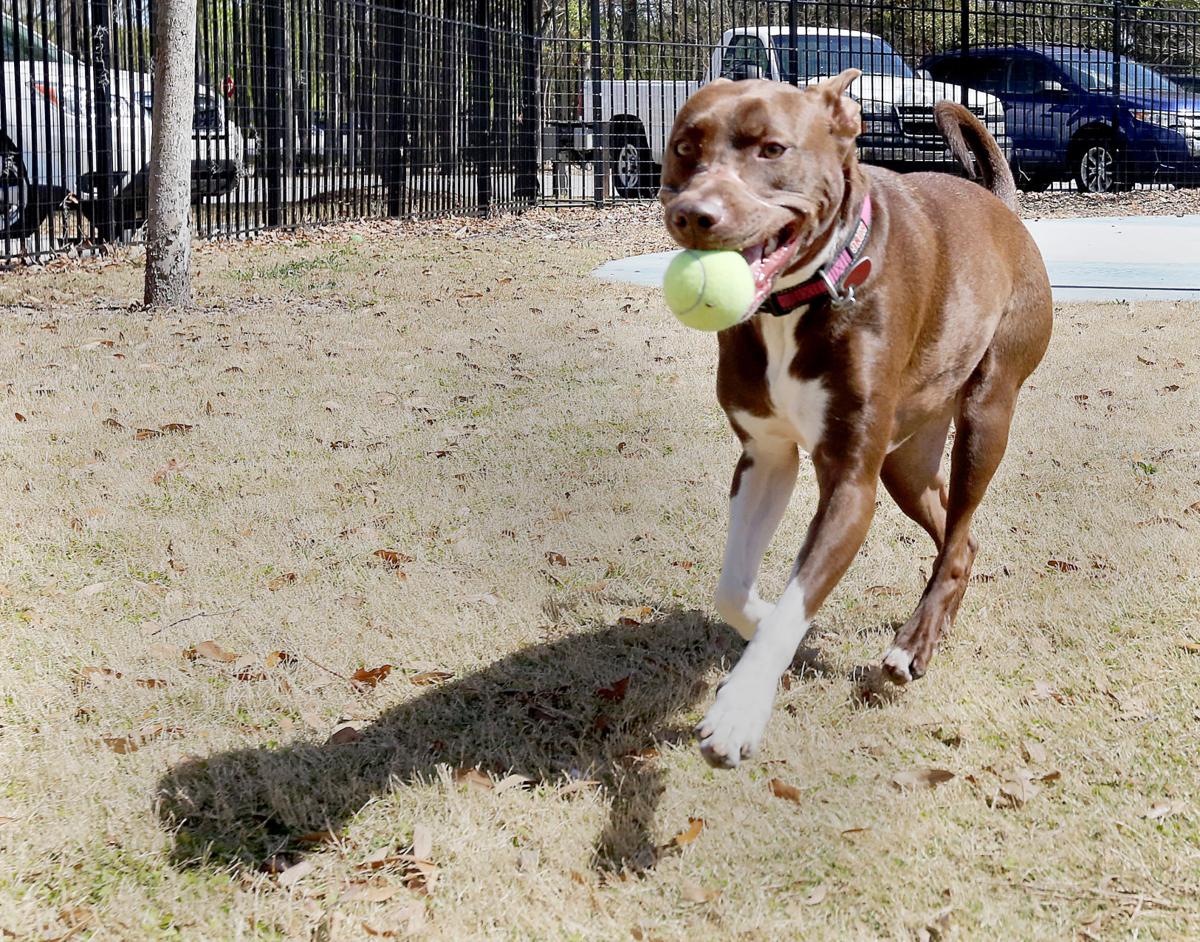 Caitlyn plays Friday, March 24, 2017, outside the Charleston Animal Society's North Charleston shelter. Her abuser, William Dodson, was sentenced earlier in the day to the maximum of five years in prison. Brad Nettles/Staff 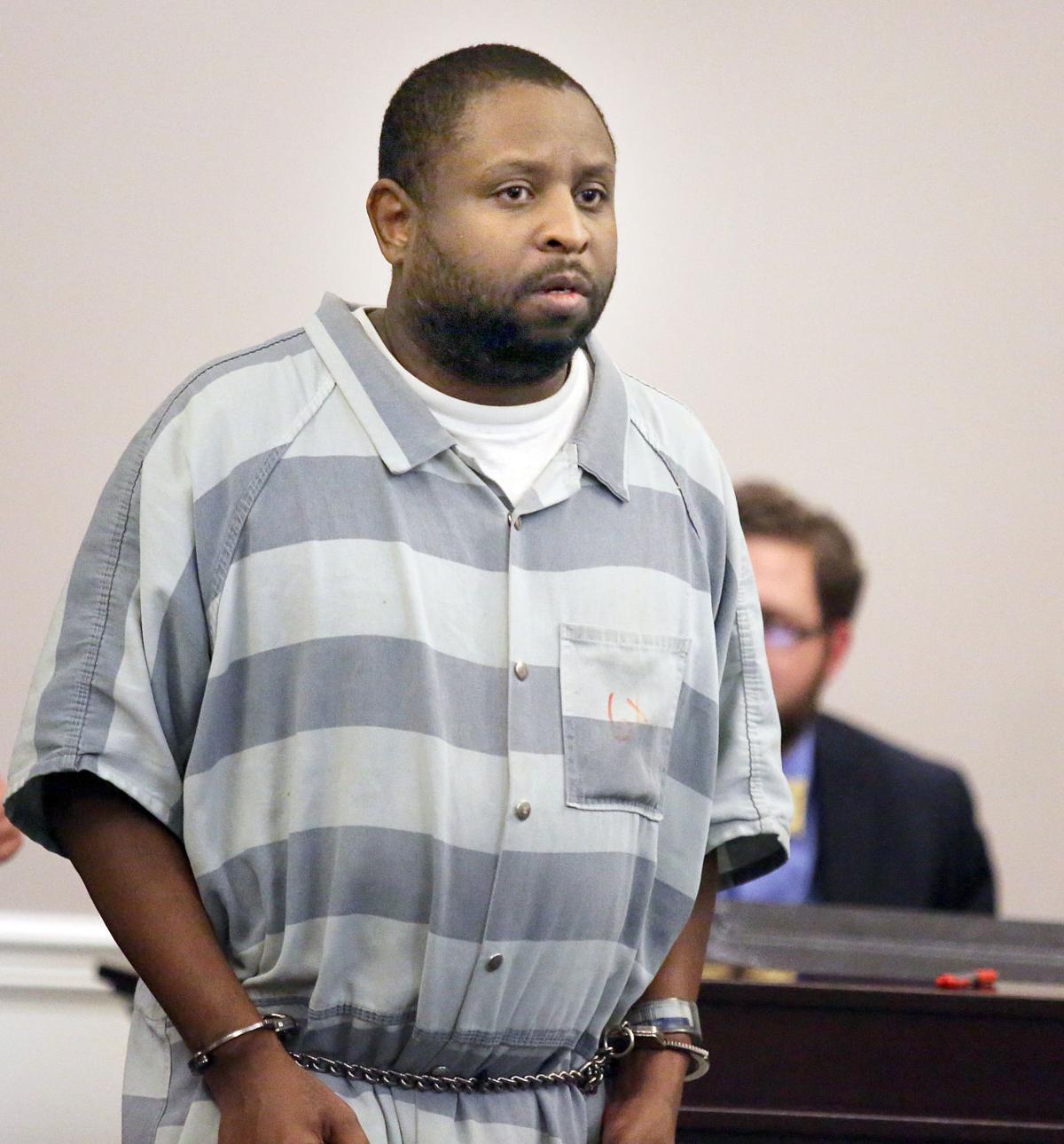 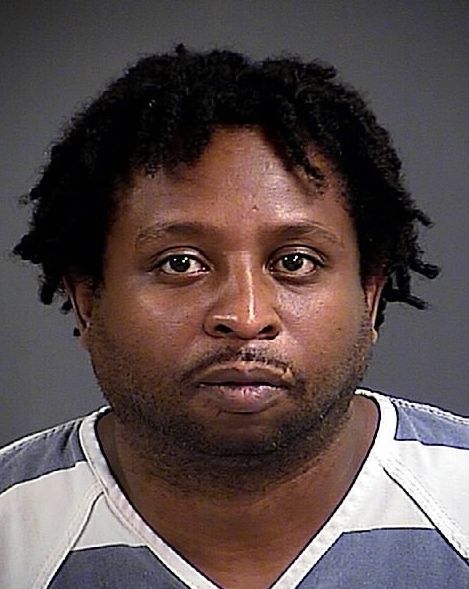 Caitlyn plays Friday, March 24, 2017, outside the Charleston Animal Society's North Charleston shelter. Her abuser, William Dodson, was sentenced earlier in the day to the maximum of five years in prison. Brad Nettles/Staff

Calling the dog's ordeal "hell on Earth," a judge on Friday sentenced Caitlyn's abuser to five years in prison, the maximum punishment for animal cruelty in South Carolina.

But the term will not extend William Leonard Dodson's stay behind bars because he already will be serving 15 years on a federal gun charge. Still, advocates said the penalty conveys a strong message that animal abuse is intolerable.

"I'm not trying to be mean," Circuit Judge Markley Dennis told the North Charleston resident, "but I wish I could give you more."

As the picture of her snout, scarred from the tape Dodson wrapped around it, spread on the internet nearly two years ago, Caitlyn became an international rallying cry for anti-cruelty activists. The sentencing on a felony charge of ill-treating animals ended the courtroom portion of her saga that evoked tears and inspired hope for many in the creature-loving world.

"I think this sends a message that ... we're not going to let this stuff slide anymore," said Aldwin Roman, the society's director of anti-cruelty and outreach. "We're going to do everything we can within the law to stop this, and then we’re going to go beyond and change our laws and make them stronger."

Prosecutors and defense lawyers agreed to allow Dodson, a 43-year-old felon, to serve the prison term at the same time as the federal sentence he received a day earlier. He'd been found with drugs and a loaded pistol months before his arrest in Caitlyn's case.

The dog's story was recounted Friday for a final time at a courthouse, as hordes of supporters filled a room. Many wore pins emblazoned with her face and the words "Justice for Caitlyn."

In spring 2015, Caitlyn's original owner, a drug dealer, handed her over to Dodson after the dog ripped up his home. Dodson got frustrated by the pup's barking. He taped Caitlyn's mouth shut that May and left her chained outside.

"I had to do it," he told others, according to Assistant Solicitor Ted Corvey. "She wouldn't shut up."

But the Staffordshire bull terrier mix escaped, and someone found her with a bound and crumpled snout. Authorities linked the electrical tape on her muzzle to a piece found by a crate at Dodson's place. He was arrested.

Caitlyn was taken to the Animal Society, where veterinarians unraveled the tape. She let out a scream, Roman said. It had been around her snout for about 36 hours.

"I would call it hell on Earth," the judge interjected.

The online world hung onto her road to recovery. Caitlyn now lives with a permanent foster family.

People still ask about her. The society still brings her out for public events. She still appears on the Twitter and Facebook pages that made her famous.

"The amount of calls, letters my office has received ... is staggering," Corvey said. "Caitlyn has become somewhat of a symbol to the animal rights community."

The prosecutor urged Dennis during the sentencing in downtown Charleston to "send a message."

But the law is lacking, the judge indicated. Maybe one day, he said, a legislative proposal will create varying levels of animal cruelty — a move that could boost the penalties.

Dennis said he would honor prosecutors' negotiations with Dodson's lawyer, Assistant Public Defender Charlie Cochran, and let him serve the state sentence at the federal prison he's eventually sent to.

In closing the hearing, the judge noted that the charge is not considered a violent offense.

"Maybe someone will be able to explain that to me one day," he said.

Caitlyn, meanwhile, frolicked at the Animal Society where she went Friday for blood work. Her tongue, once mashed between her teeth, dangled freely as she pranced on the lawn and smiled for cameras.

"She is thriving," Roman said.

But the scar across her face was still visible.

Society spokeswoman Kay Hyman pointed a cellphone at Caitlyn and streamed the playtime live on Facebook. She sat on command, drank water and chased tennis balls.

The Facebook comments popped in. They said Caitlyn looked fabulous, beautiful, happy. They sent love from places like Texas and Tasmania.

One said, "What a strong, sweet survivor she is!"

"She is living the life," Roman agreed, "and I hope that she will one day forget what she experienced."