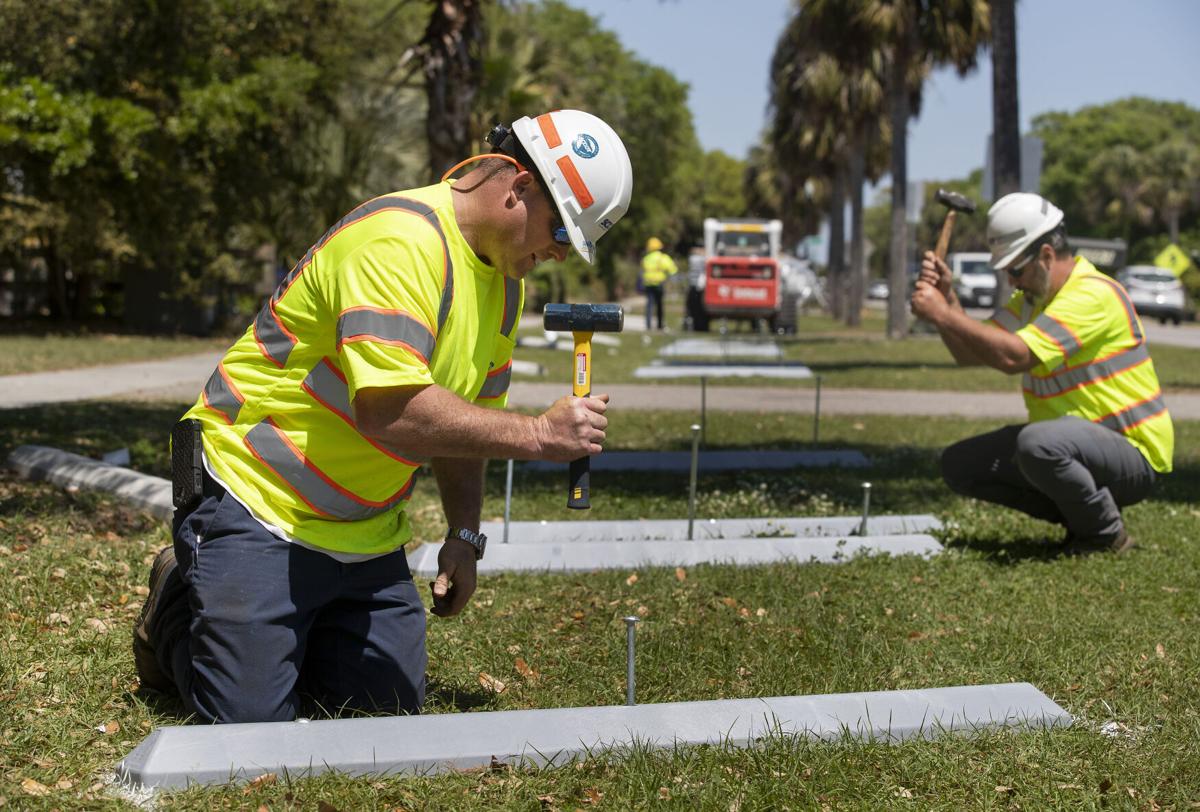 Crews with the South Carolina Department of Transportation install angled parking spots along one side of Palm Boulevard on April 19, 2021, on the Isle of Palms. Grace Beahm Alford/Staff 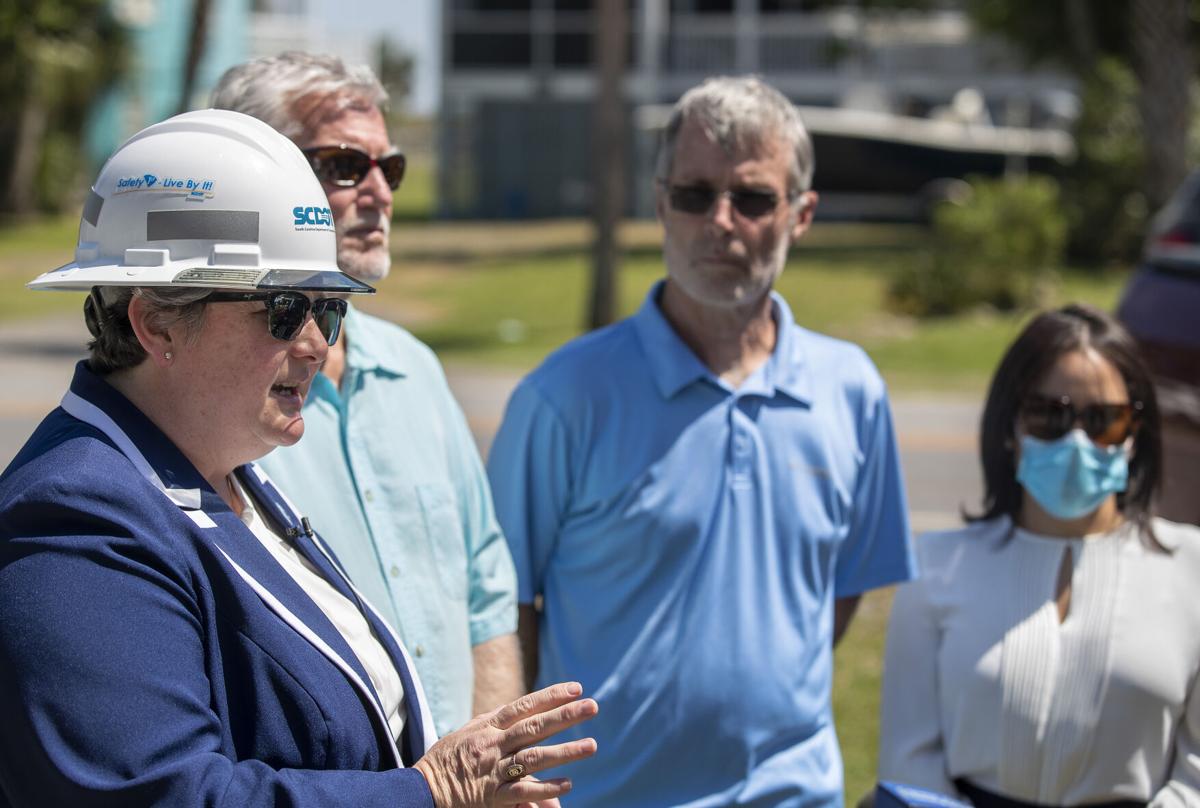 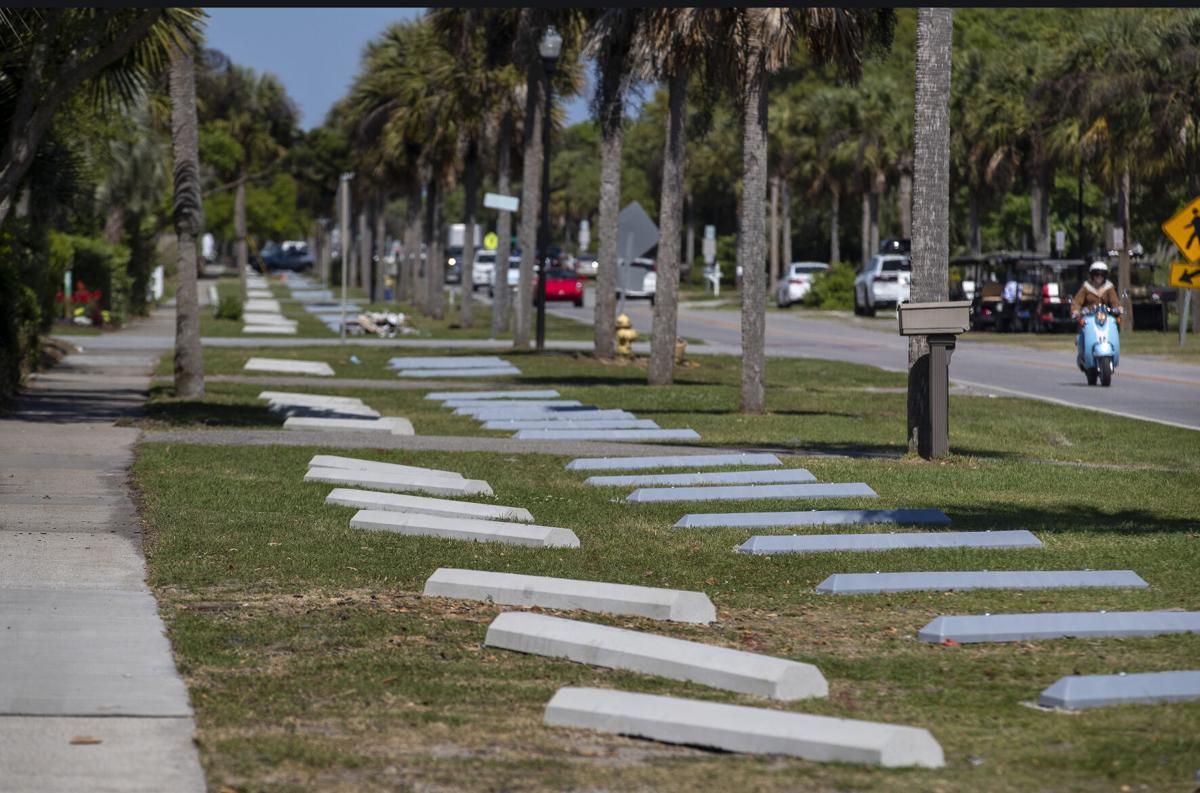 Crews with the S.C. Department of Transportation install angled parking spots along one side of Palm Boulevard on April 19, 2021, on the Isle of Palms. Grace Beahm Alford/Staff

ISLE OF PALMS — On a barrier island that months ago planned to eliminate 200 beach parking spots, the state Department of Transportation has asserted its authority and instead increased the amount of free parking.

Described as a win-win solution by Isle of Palms' mayor because other city parking restrictions will remain, the hard-fought compromise ends months of dispute over where cars can go at one of the Charleston area's most popular beaches.

"The issue of parking and beach access is greater than the Isle of Palms and affects the state as a whole," DOT Secretary Christy Hall said in joining the mayor and city officials to discuss the work April 19.

They talked as highway department crews laid out more than 200 angled parking spots along one side of Palm Boulevard, a state-owned road closest to the beach.

Hall also announced that the speed limit on Palm Boulevard will be reduced to 30 mph, down from 35.

Opinions on the island were mixed.

"Stupidity!" yelled a man on a bike, riding past as Hall, Mayor Jimmy Carroll and others explained the plan to reporters on Palm Boulevard near 27th Avenue.

Resident Tamara Burrell, who was walking a dog on 27th Avenue, said the plan is a good compromise because parking on residential side streets like 27th will remain limited to residents.

"We've gone from no parking, to some parking, to more parking," she said, giving a shorthand summary of the back-and-forth over what to do with the summer influx of cars that began to increase in rhetoric in 2020.

In 2020, the island restricted nonresident parking in response to the COVID-19 pandemic. Then, later in the year, officials announced plans to permanently reduce parking near the beach and charge for what remained.

It all came to a head in September when the Isle of Palms City Council approved a plan to eliminate about 200 parking spaces near the beach.

For the DOT, which has authority over parking along state-owned roads, the barrier island had pushed the issue too far.

Hall immediately rejected the plan to eliminate parking and in February threatened to revoke approval of the city's entire 2015 parking plan.

“We were getting ready to go into a battle with them revoking our parking plan," Carroll said. "Luckily, at the last minute, both Secretary Hall and Administrator (Desiree) Fragoso worked well together."

Police Chief Kevin Cornett said the new layout should improve public safety because it leaves a large shoulder area between the parking spots and Palm Boulevard.

State workers were still laying out the spaces late on April 19 but the final result is expected to be between 220 and 260 parking spots where there used to be 190, Hall said.

No palmetto trees were removed as part of the plan.

City Councilman Randy Bell said Isle of Palms had worked with DOT on the dimensions of the parking spots to assure they are large enough to handle even generously sized pickup trucks, while allowing 12 feet between the road and the back of the parked cars.

"The city's goal is safe parking, not to keep people out of here," he said.

That's not the perception thousands of people had in 2020 when the city talked about eliminating parking and charging for what remained. Aggrieved residents of Mount Pleasant formed a Facebook group that later became an organized nonprofit, which filed suit against the city.

With the parking dispute seemingly resolved, Isle of Palms and DOT are still in disagreement over recent changes to the Isle of Palms Connector, the main bridge to the island. DOT recently added bicycle and pedestrian lanes to the causeway at the expense of a center lane reserved for emergency vehicles.

Both the city and SCDOT plan to conduct traffic studies to evaluate the results.