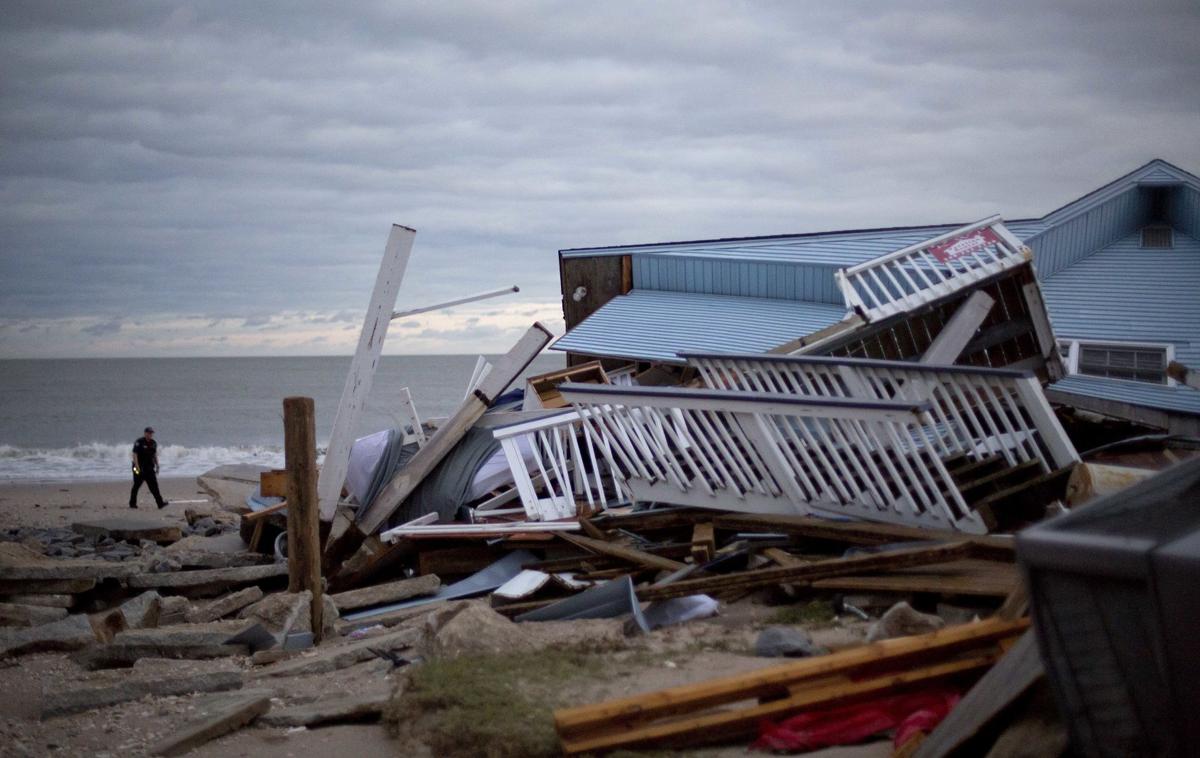 A police officer walks past the remnants of an Edisto Beach home leveled by Hurricane Matthew in October 2016. File/David Goldman/AP 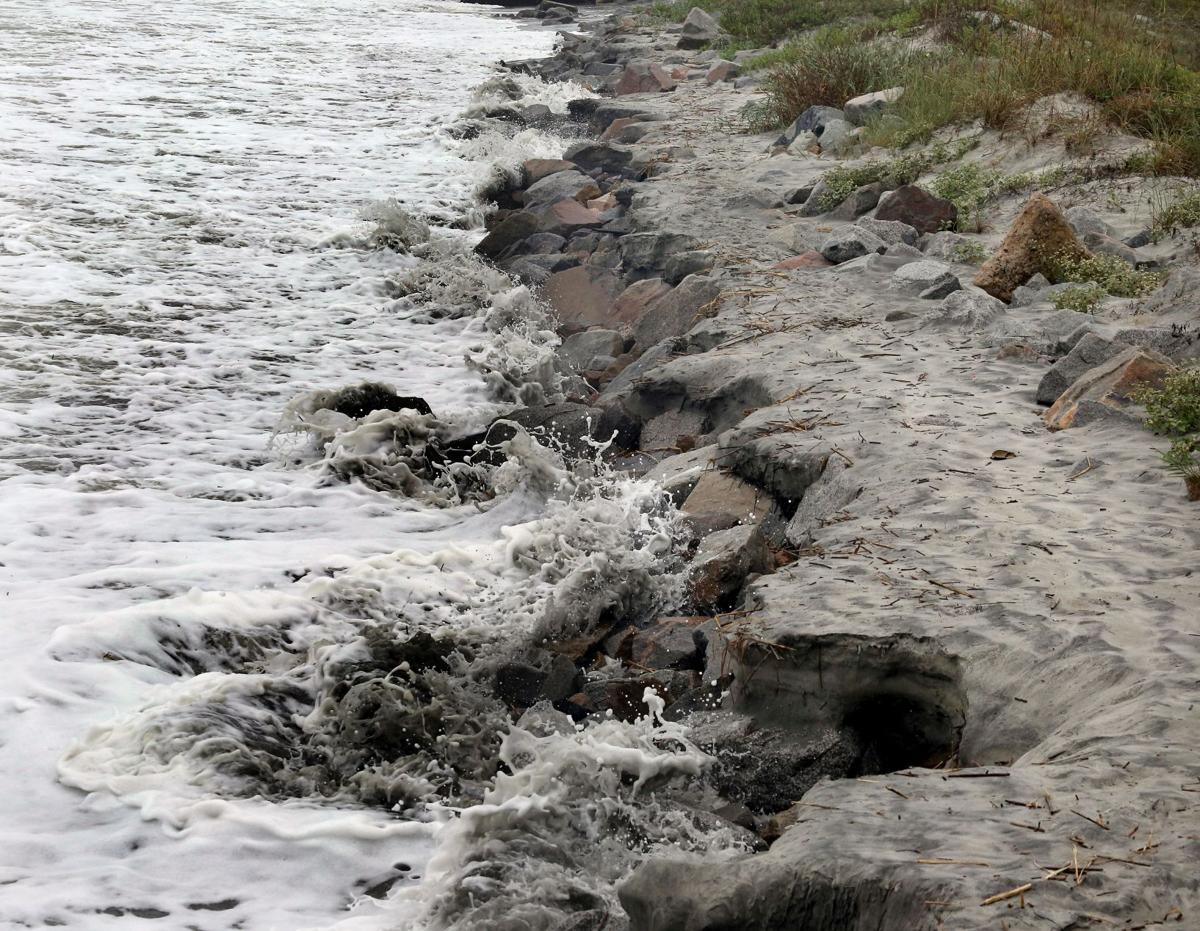 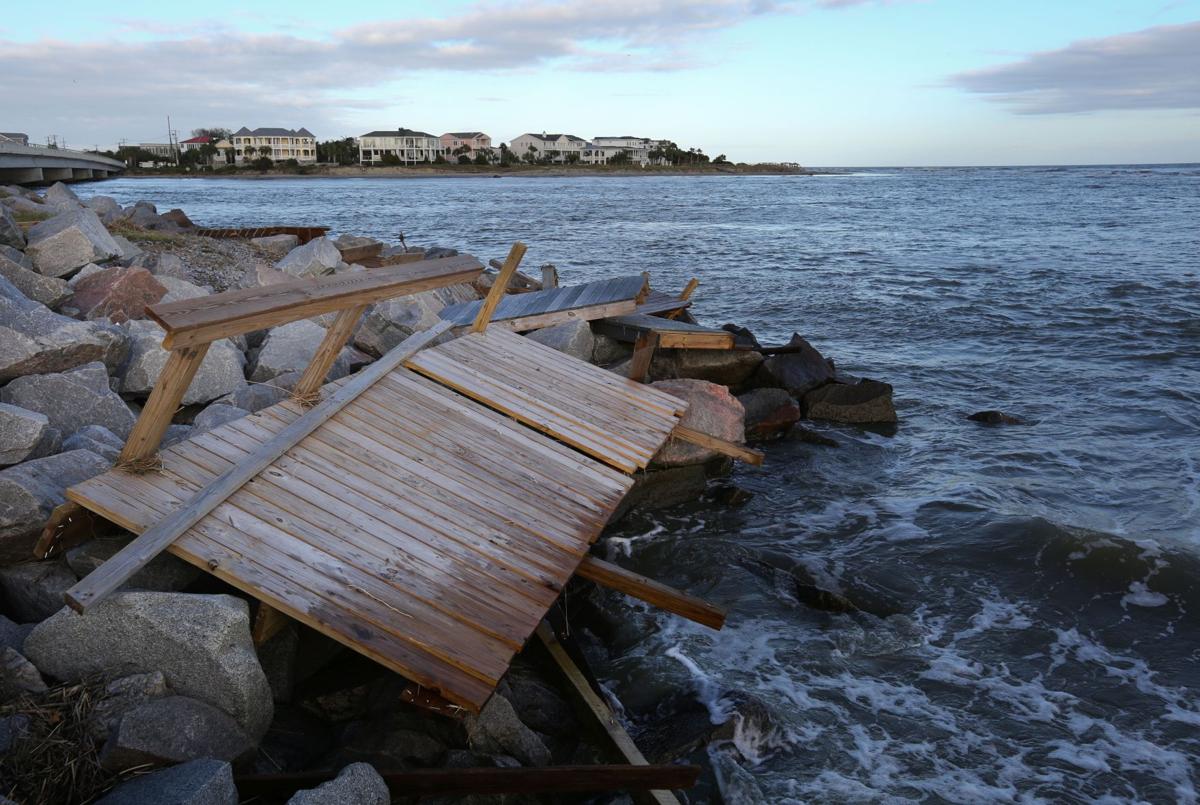 Hurricane Matthew washed away walkways at houses on Breach Inlet at the Isle of Palms. File/Michael Pronzato/Staff

A police officer walks past the remnants of an Edisto Beach home leveled by Hurricane Matthew in October 2016. File/David Goldman/AP

Hurricane Matthew washed away walkways at houses on Breach Inlet at the Isle of Palms. File/Michael Pronzato/Staff

Payment of $28 million in federal funds to South Carolina counties for recovery from Hurricane Matthew and the October 2015 flood is stalled because of the devastation of hurricanes Irma and Harvey.

Most affected are Charleston and Horry counties. For each, payments of slightly more than $9 million are frozen because of the storms, according to the S.C. Emergency Management Division.

The freeze holds up $3.7 million for reimbursement to Berkeley County and $1.3 million for Georgetown County, the EMD said.

A total of 24 counties are affected. Payments of $1.6 million to Clarendon County, $1.1 million to Sumter County and $82,851 to Richland County for the 2015 flood have been delayed.

The counties have moved ahead with repairs to roads, drainage systems and other infrastructure. The Federal Emergency Management Agency payments, when they become available, will be reimbursement for that work.

"We continue to work with FEMA on the claim process as it relates to additional storm projects," Smetana said. "We are on solid financial footing as a county and can absorb the costs until we are reimbursed by FEMA."

The situation is the same in Horry County.

"We have reserves in place for these sorts of things. We're fine for now," said county spokeswoman Kelly Brosky.

FEMA froze payments for Hurricane Matthew and the 2015 flood just days after Hurricane Harvey hit Texas in late August. The agency said that with only $540 million in the bank, they were almost out of money.

Congress replenished that fund with more than $15 billion in disaster emergency funding, but FEMA says that’s not enough to lift the freeze. Preliminary estimates put the cost damages for hurricanes Harvey and Irma as high as $200 billion.

The devastation Hurricane Maria inflicted on the U.S. Virgin Islands and Puerto Rico will add to the already intense demand for federal storm relief dollars.

"FEMA’s top priority is to make sure we have all of the necessary resources on hand to support the U.S. Virgin Islands, Puerto Rico, and the U.S. mainland in their efforts to carry out life-saving and life-sustaining activities, to meet the immediate needs of disaster survivors," the agency said in a statement.

"FEMA remains actively engaged in recovery efforts across states and territories impacted by Hurricanes Harvey and Irma. At this time, we will not lift the immediate needs funding restrictions until we more fully understand the financial requirements that will result from these storms," the agency said.

Derrec Becker, spokesman for the state emergency management division, said the freeze on relief payments is being applied nationally.

"We're not really expecting that that much of a delay," he said. "These types of things happen all of the time given the nature of what we do in emergency management."

The widespread rain caused major flooding in areas from the Midlands to the coast and moderate to major river flooding across the state. There were 19 fatalities and damage was estimated at $1.5 billion.

Following are the counties with the largest amount of FEMA storm recovery funds on hold: