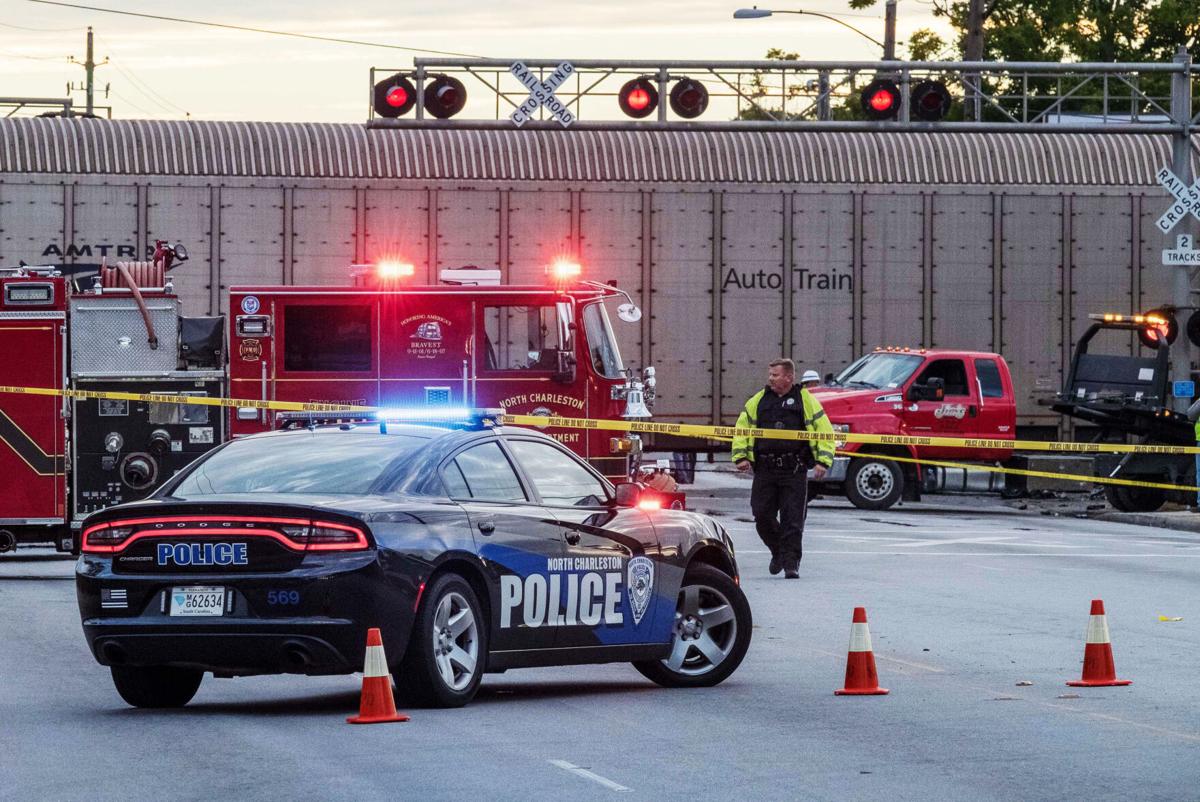 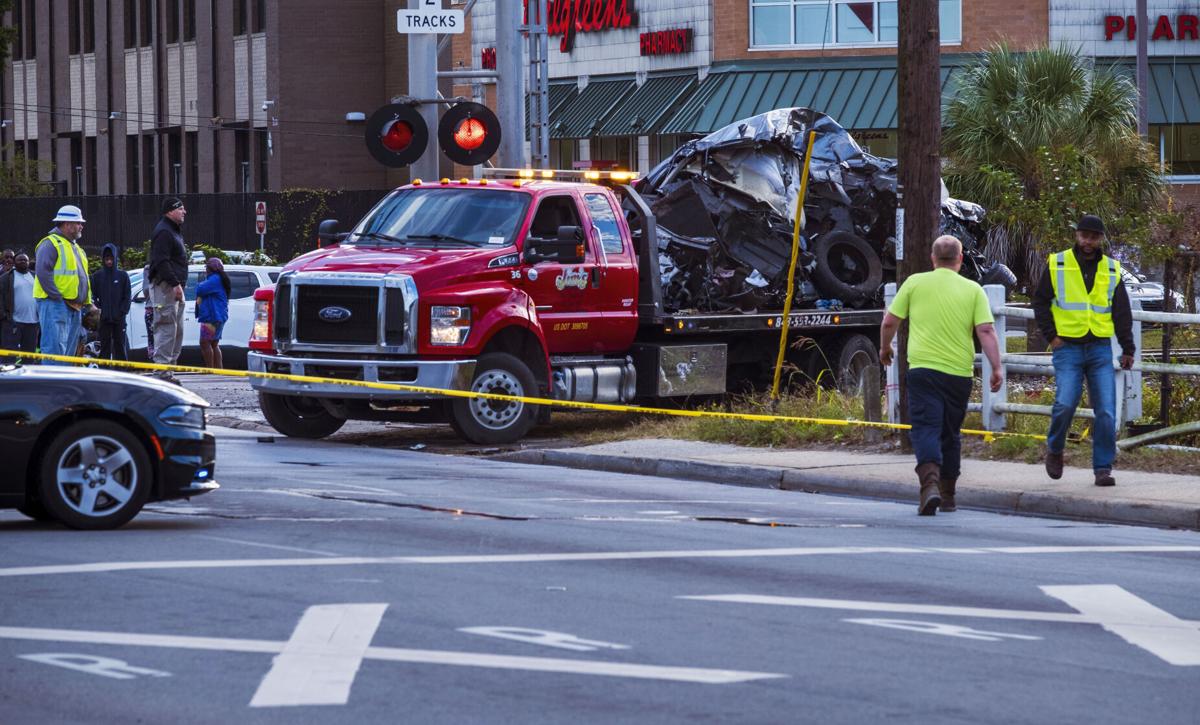 A vehicle involved in collision with an Amtrak train at Remount Road in North Charleston early Saturday, Oct. 30, 2021 is prepared for transport. Matthew Fortner/staff

A vehicle involved in collision with an Amtrak train at Remount Road in North Charleston early Saturday, Oct. 30, 2021 is prepared for transport. Matthew Fortner/staff

NORTH CHARLESTON - Investigators are still trying to determine how an SUV carrying four people was fatally struck on railroad tracks early Saturday morning by an Amtrak train loaded with cars and passengers heading south to Florida.

Three of the four occupants were confirmed dead on the scene as a result of the collision, with the fourth being transported to an area hospital in an undisclosed condition.

None of the victims have been publicly identified by authorities in a wreck that occurred near a marked crossing on Remount Road, though their heavily mangled vehicle is believed to have been a Nissan SUV.

No one on the southbound train itself was reported injured, though there were close to 500 people on board as well as an undetermined number of cars being carried as part of Amtrak's Auto Car system.

The initial Oct. 30 report was phoned into the Charleston County Consolidated Dispatch Center at 2:26 a.m., alerting there was an accident at the Remount Road railroad crossing near Dutton Avenue involving one vehicle and an Amtrak passenger train.

"Firefighters found four people in the area of the damaged vehicle and quickly performed medical assessments to determine their injuries," a press release from the North Charleston Fire Department said.

"Three people were pronounced dead on the scene," the release continued. "One person from the vehicle was treated by firefighters and transported to the hospital by Charleston County EMS."

All four were believed to be in the vehicle on the railroad crossing when the collision occurred, the release said.

The Amtrak train was able to make a controlled emergency stop after the collision, according to the release.

Olivia Irvin, a spokesperson for Amtrak, confirmed Auto Train No. 53, a passenger-option car carrier that has regular 855-mile runs between Lorton, Va., near Wasihngton, D.C., and Sanford, Fla., was involved in the crash.

It's speed at the time of the accident was not available. Irvin said there were 474 passengers on the train.

"There were no injuries to the passengers or crew members on board and the train was delayed for 1 hour and 53 minutes," Irvin said. "Amtrak Police are cooperating with local law enforcement to investigate the incident."

Amtrak said the train route was clear and open by 8:30 a.m.

At least 3 dead in Amtrak train derailment in Montana

North Charleston Police Department, CSX and other authorities are continuing to investigate.