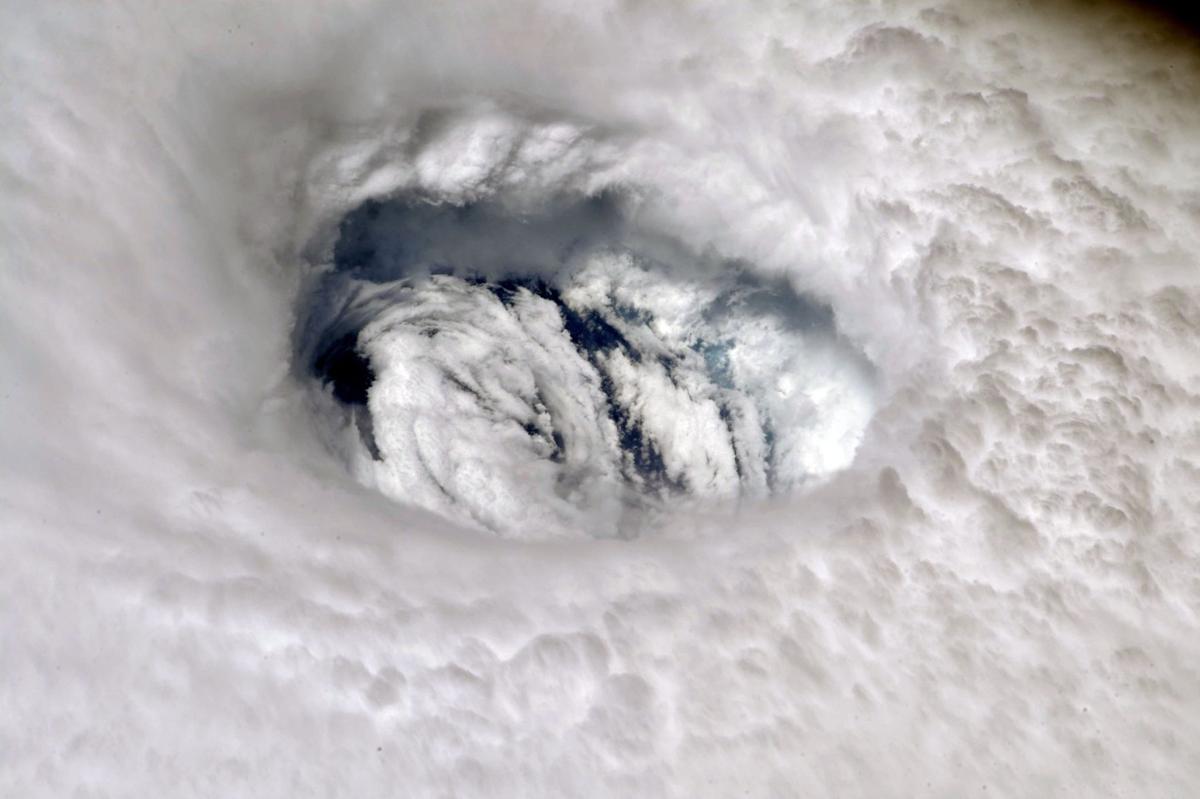 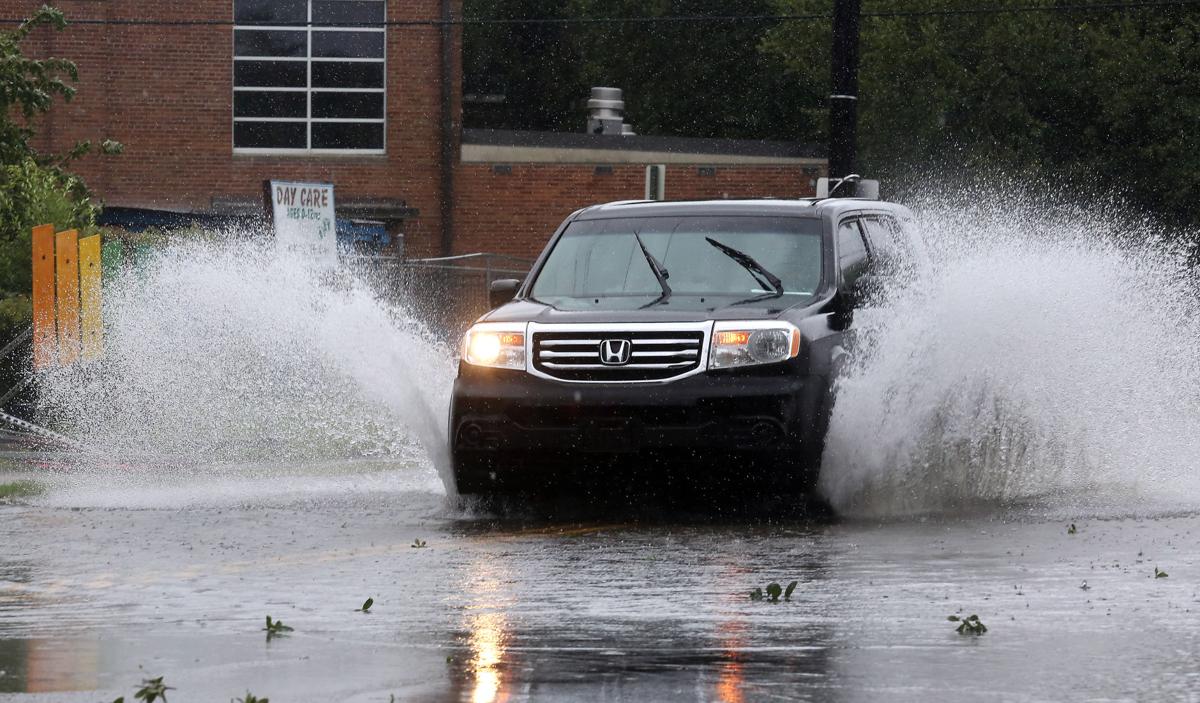 A car plows through water on King Street during Hurricane Dorian on Thursday, September 5, 2019. Brad Nettles/Staff 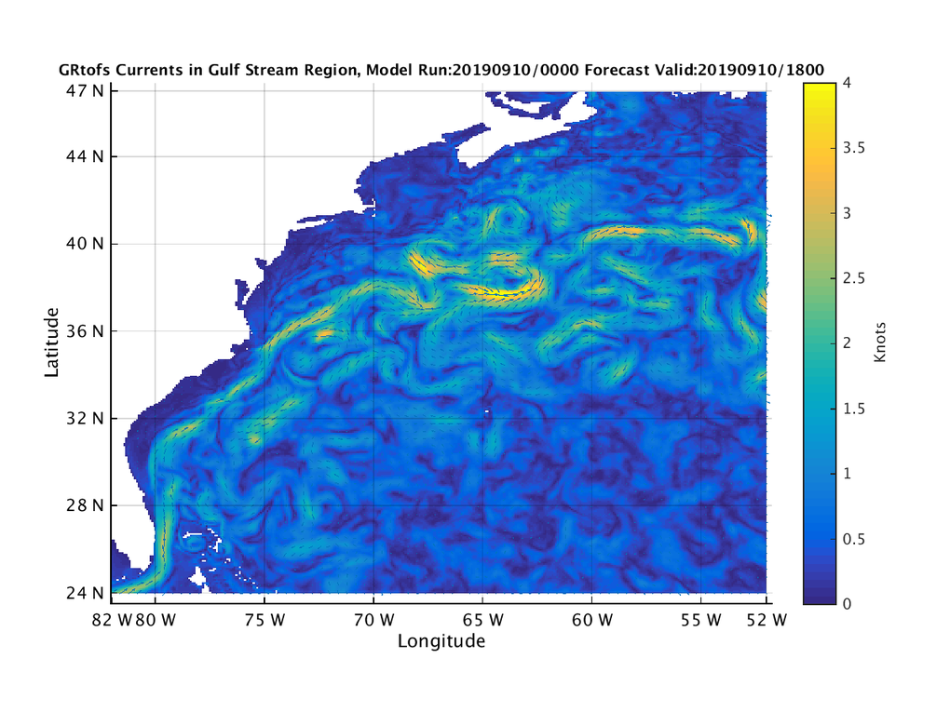 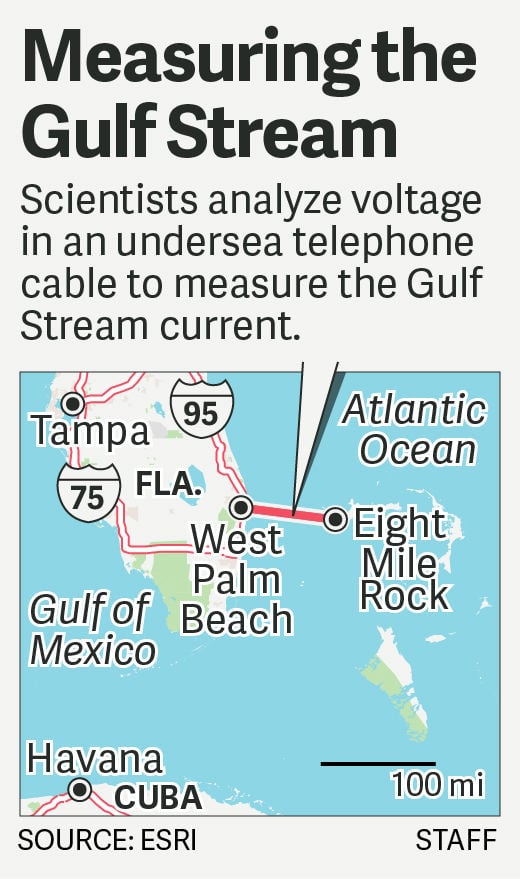 Hurricane Dorian’s deadly blast through the Bahamas and agonizing brush with the Carolinas was so powerful that it temporarily cut the mighty Gulf Stream’s flow almost in half, new data shows.

The Gulf Stream current curves around the tip of Florida on its way north toward the Carolinas, and scientists measure its velocity by monitoring a telephone cable strung across the Florida Strait to the Bahamas.

Through a clever bit of physics, oceanographers calculate the current’s flow by analyzing the line’s voltage. Before Hurricane Dorian’s approach, the current was moving at about 8.5 billion gallons per second, according to the National Oceanic Atmospheric Administration’s Florida Current Project.

But as Dorian parked over the Bahamas, the flow dropped fast as the storm’s blistering counter-clockwise winds met the current. By Sept. 1, its flow was 4.5 billion gallons per second, a 47 percent drop.

It slowly regained its velocity Sept. 5. By then, the storm had tracked along the Gulf Stream and was just off Charleston.

Hurricane Dorian’s effect on the Gulf Stream didn’t surprise several scientists who have studied the current's fluctuations — and ripple effect on sea levels.

Tal Ezer, a researcher at Old Dominion University in Norfolk, Va., said Dorian followed a similar path as Hurricane Matthew in 2016. That storm also caused a short-term drop in the current.

Ezer and other scientists have found that storms that put a kink in the Gulf Stream off Florida are associated with higher tides from the Carolinas to Virginia days after a storm has passed.

That’s because the current flows with so much force along the Eastern seaboard that it pulls water away from the coast, lowering its sea level. When that velocity is reduced, sea levels rise, he and other researchers have found.

"The impact of storms on the Gulf Stream is quite amazing given that it transports more water than all rivers on Earth combined," Ezer said. "This demonstrates the large power of hurricanes."

Ezer said tides have been running abnormally high in Norfolk this week, possibly because of this Dorian-related slowdown.

William Sweet, a NOAA scientist who also has found sea rise impacts related to Gulf Stream slowdowns, agreed that Dorian’s winds pushed against the current off Florida but that the storm also carried a surge. “It’s hard to disentangle the two effects.”

Complicating the issue: Sea levels are rising because of rapidly increasing levels of heat-trapping carbon dioxide and other greenhouse gasses. Long term trends show the sea level has risen about 4 inches since the early 1990s, Sweet said.