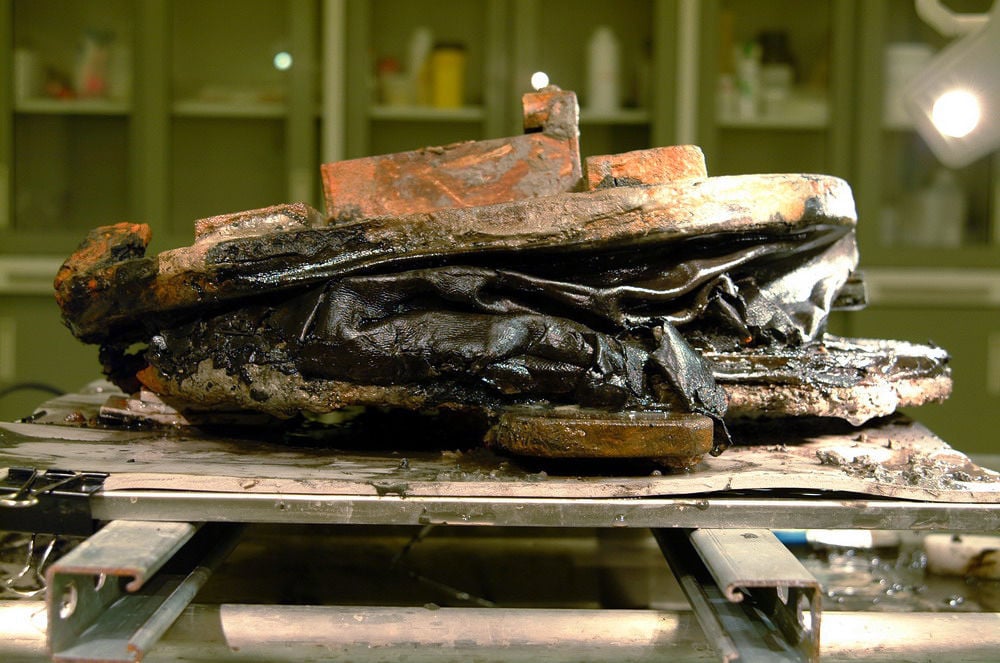 Two snorkels were discovered mounted to the roof of the Hunley during restoration work. The hose connecting them to a bellows (pictured) had been disconnected and tucked under the crew bench. Provided 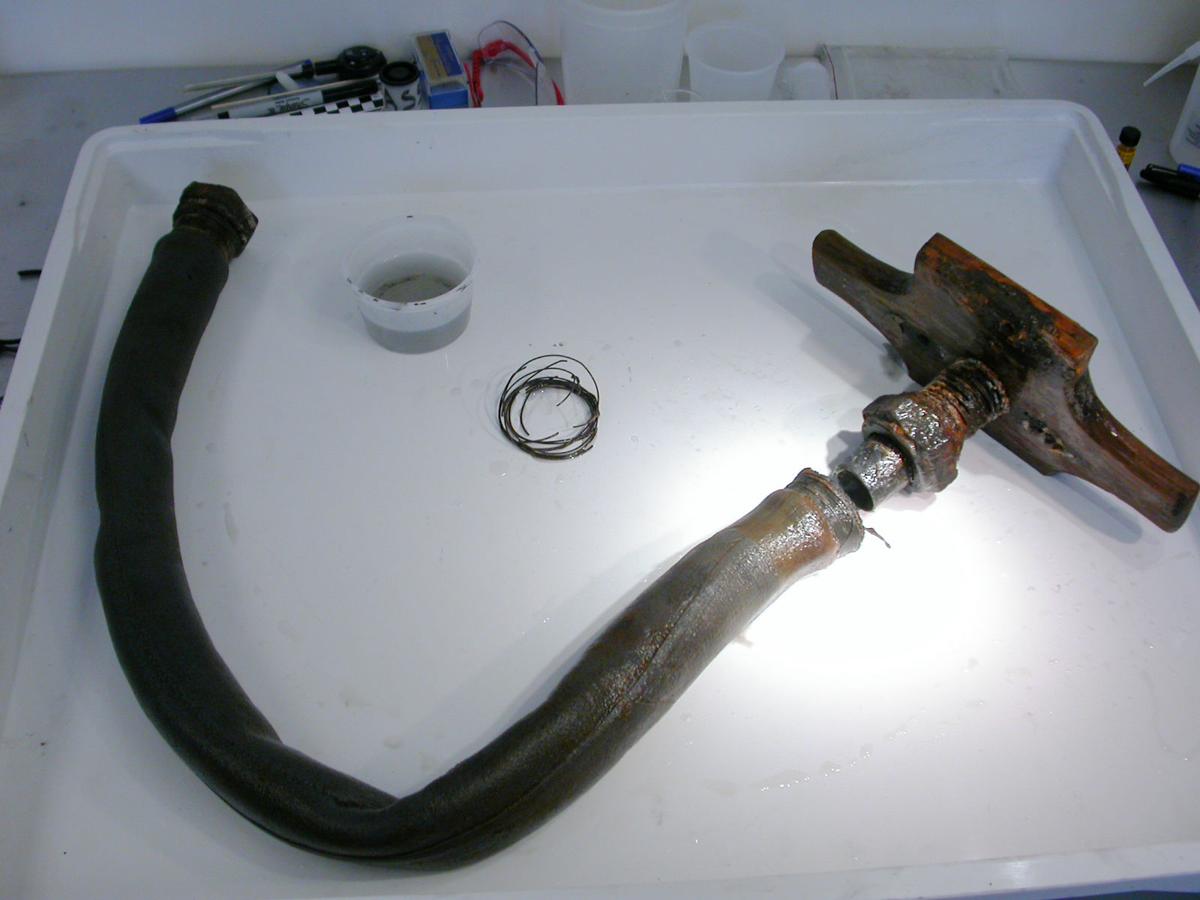 Two snorkels were discovered mounted to the roof of the Hunley during restoration work. The hose connecting them to a bellows, or air pump, had been disconnected and tucked under the crew bench. Provided 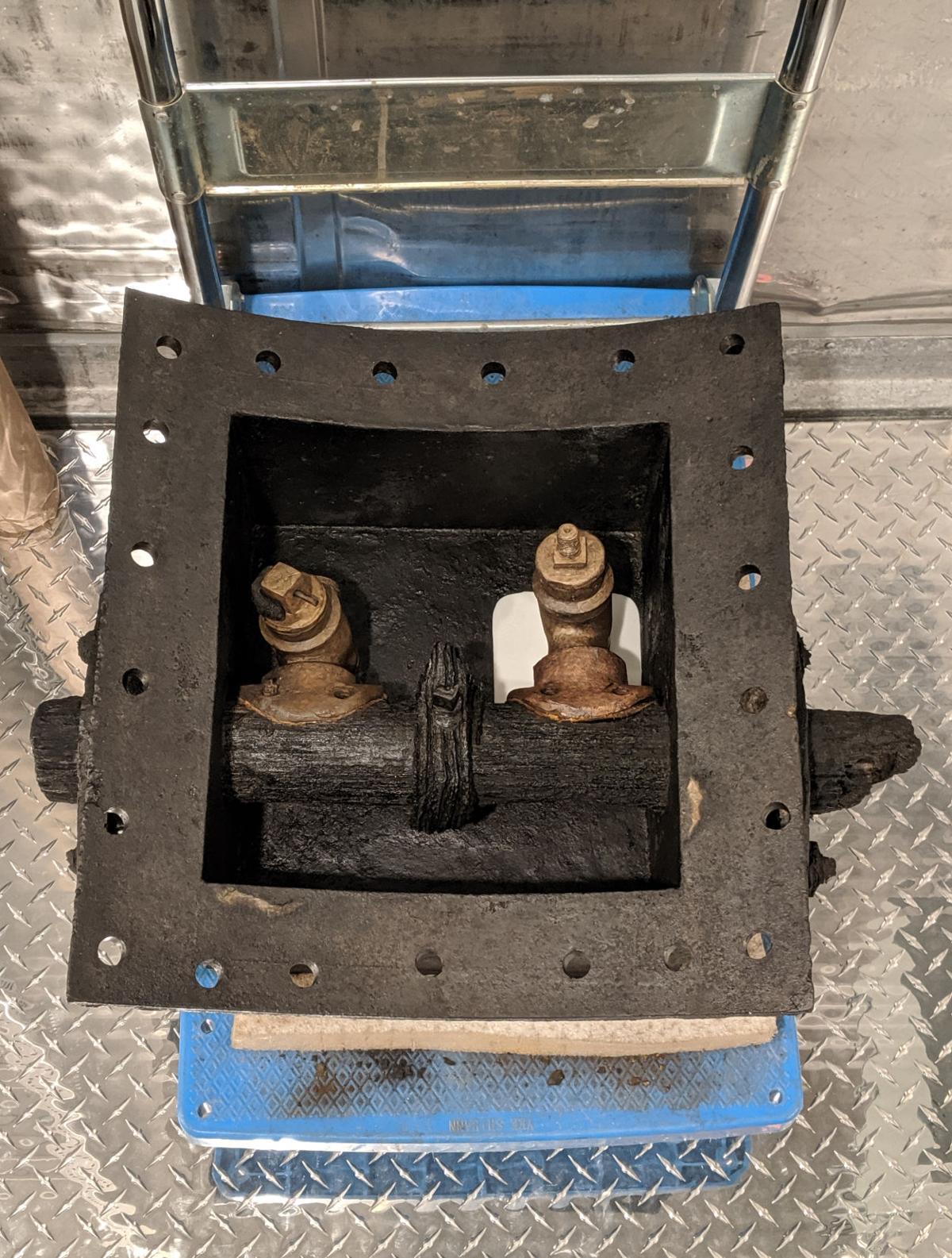 A snorkel box was attached to the roof of the Hunley. Provided

An unused pair of snorkel hoses might have doomed the Confederate submarine H.L. Hunley, researchers said, after finding the vital equipment stowed in the ship.

Without the connection, the crew couldn't have lasted more than two hours submerged, until they just ran out of air.

The two, 4½-foot-long snorkel tubes were discovered on the submarine hull during the ongoing restoration work.

A smaller hose connecting them to a bellows, or air pump, had been disconnected but tucked under the crew bench.

It's one more puzzling clue in the mystery of what happened to the historic, ill-fated vessel and crew after they became the world’s first successful attack sub. Using an explosive black powder charge, the sub rammed and sank the Union blockade ship Housatonic off Sullivan’s Island the night of Feb. 17, 1864, during the Civil War.

A lingering mystery has haunted the historic sub for more than 150 years: Why did the crew not make it back to shore?

The snorkels were a two-piece system of hoses: one to pull in oxygen from the surface and the other to expel carbon dioxide. They were hand-powered by the bellows.

In the aftermath of the attack, the Hunley would have been forced underwater by Union guns. The snorkels would have had to be raised to the surface, if the crew was depending on them to breathe. The bedlam might have been too much, they might have been in too big a hurry to get away.

The discovery followed the find earlier this year that one of the ballast tanks used to dive and surface the sub was broken — among a number of hints gleaned by researchers during the exhaustive excavation of the Hunley.

The Hunley crew compartment was as snug as a water main pipe. The crew cranked in unison to drive a propeller as the vessel crept along just below the surface, where it couldn't readily be seen.

They had only two ways to breathe, opening the hatch or deploying the snorkel hoses.

"The air circulation system is certainly one of the many important clues to consider when trying to piece together the events of that night," Scafuri said. "Still, this finding alone does not mean the Hunley crew perished from lack of oxygen."

Among other recent discoveries:

The air circulation system of brass, wood, leather, rubber and iron components will be available for future generations to learn about the origins of submarine warfare, the Clemson team said.

The 40-foot-long vessel with crew remains inside was found and later recovered 4 miles offshore in 2000. The crew was buried at Magnolia Cemetery in Charleston.