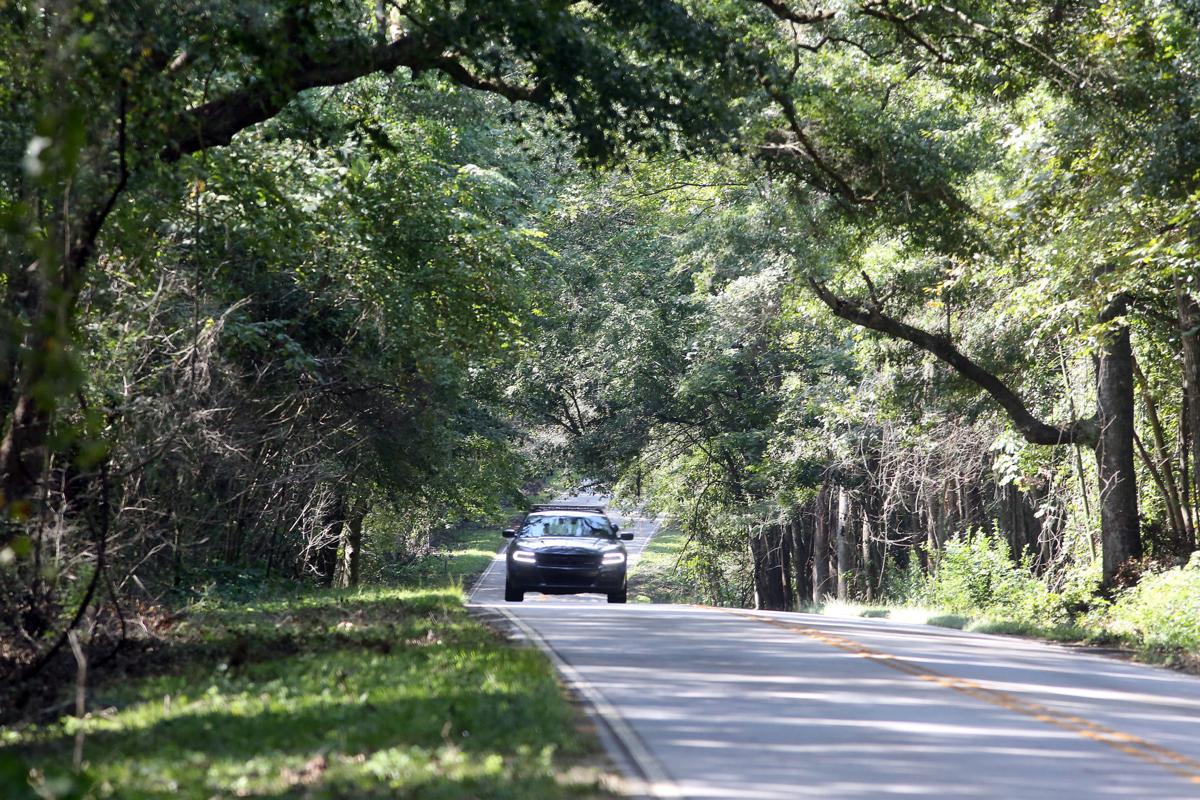 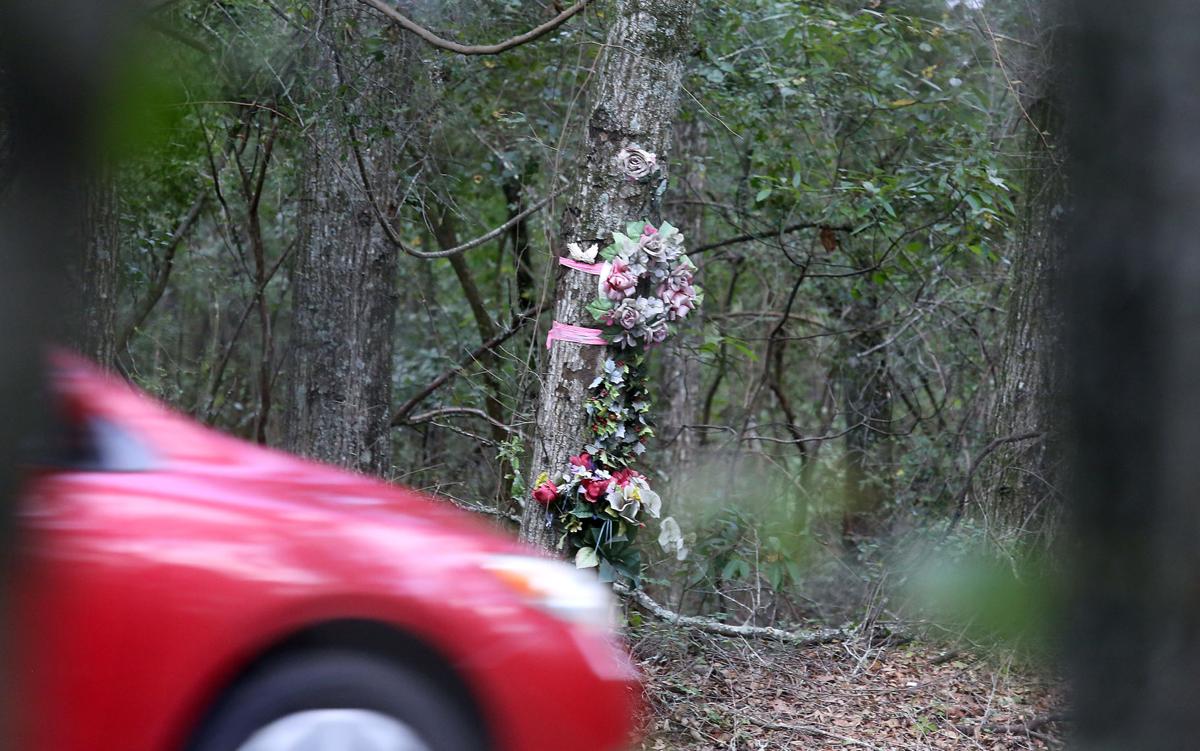 A makeshift memorial for a driver hangs on a tree beside scenic S.C. Highway 61 on Wednesday, September 11, 2019. Brad Nettles/Staff 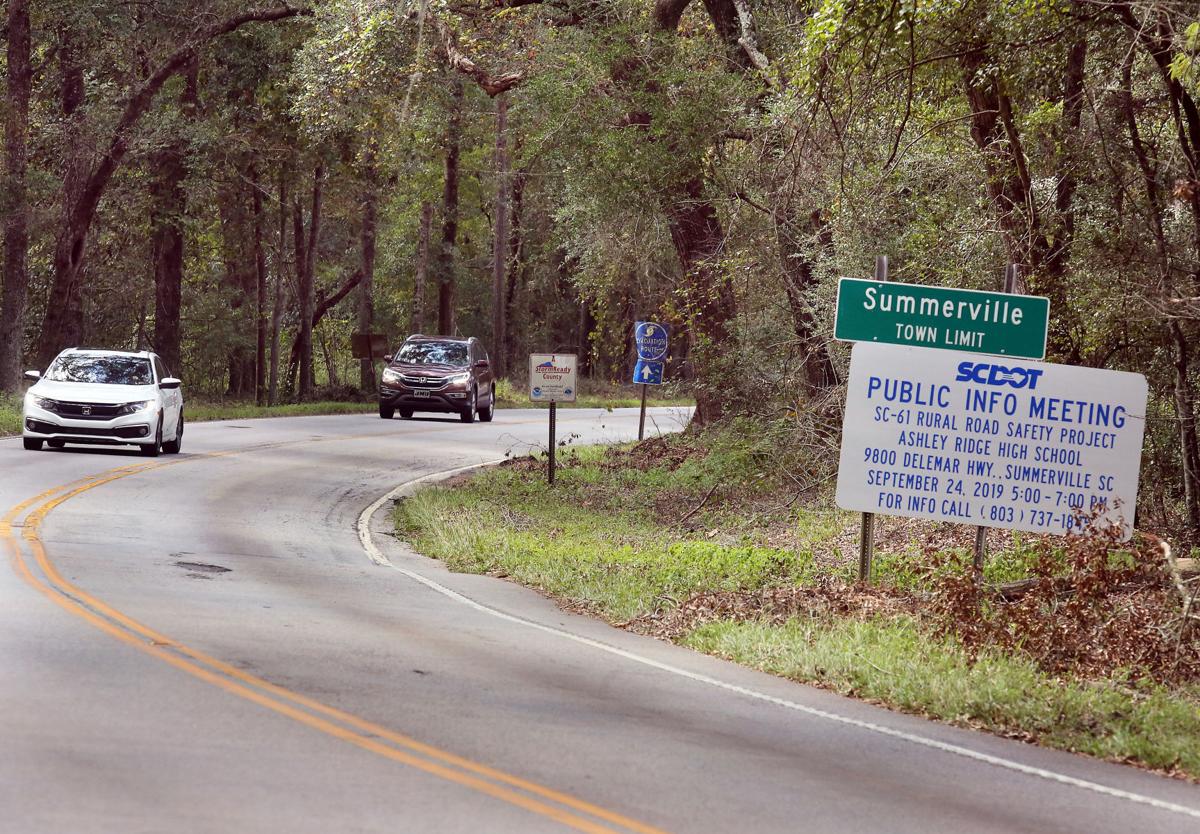 Ashley River Road is a National Scenic Byway, a two-lane highway shaded by towering live oaks as it winds past historic plantations.

But it's also a traffic-choked road that's among the "worst of the worst" for vehicle crashes, according to the state.

The proposed solution for improving safety on S.C. Highway 61 — as the road is also known — is widening the pavement and cutting down trees to create a "clear zone" where there is less for vehicles to crash into if they leave the road.

That's proven controversial and will be the subject of a public meeting Tuesday.

At issue is a 6.5-mile stretch in Dorchester County, from Bacons Bridge Road to the Charleston County line, where the S.C. Department of Transportation plans to add paved shoulders and clear hundreds of trees. The focus of pushback against the plan has been the portion of the road near historic Middleton Place that's less than a mile and a half long.

“That’s where a lot of crashes on this corridor were happening," said DOT Program Manager Bryan Jones. “South Carolina has the highest traffic fatality rate in the country, and most of the fatalities are on rural roads."

The state's Rural Roads Safety Program aims to improve safety with measures such as adding paved and earthen shoulders to narrow roads, widening lanes to 12 feet and removing trees within 25 feet of the pavement. Those proposed measures have been scaled back substantially for the portion of road near Middleton Place, sparing 225 large trees. But opponents say those changes are not enough.

He said that when it comes to the state's plans, "the starting point is so far from appropriate, there’s no amount of compromise possible.”

Todd said the road is special and really needs “out of the box” thinking.

“We see the road as a cultural resource and not a traffic thoroughfare," he said.

Jones said the state's plan already is a significant compromise. Along the 1.4-mile stretch of road near Middleton Place, the two lanes of Ashley River Road would not be widened from their current 11 feet, and the typically 25-foot "clear zone" on each side of the road would be reduced to 12 feet.

Along with the elimination of an unpaved shoulder that's typical for Rural Roads Program safety improvements, the changes reduce the number of trees that would be cut down along that small section of road from 283 to 58. On SCDOT's website, every significant tree along the road has been mapped, and the plan shows each individual tree that would be cut town.

“We’re trying to go above and beyond," Jones said.

He said the state's website for the project currently shows two different plans for the section of road near Middleton Place so that people can see the compromises made, but the plan that calls for removing 58 trees there rather than 283 is the one SCDOT is pursuing.

A public meeting, with an opportunity to provide written comments, will be held Sept. 24 from 5 to 7 p.m. at Ashley Ridge High School in Summerville.

Last year, the National Trust for Historic Preservation declared the Ashley River Historic District a National Treasure, but it also named it one of the country’s 11 Most Endangered Historic Places due to development pressure.

“This is the most historic road in the state and they’re treating it like any other road,” said George McDaniel, former director of Drayton Hall.

Drayton Hall is one of the historic former plantations located between the road and the Ashley River, not far from the portion of the road where safety measures are planned.

The longer portion of the road where work is planned, the more than 5 miles running south of S.C. Highway 165 — that's Delemar Highway or Bacons Bridge Road — wouldn't be treated with such sensitivity.

Jones said that stretch of road isn't known for having a canopy of old-growth live oaks and instead has power lines and pine trees along the roadside. Hundreds of trees would be cleared along those 5.1 miles.

Robert Behre contributed to this report.