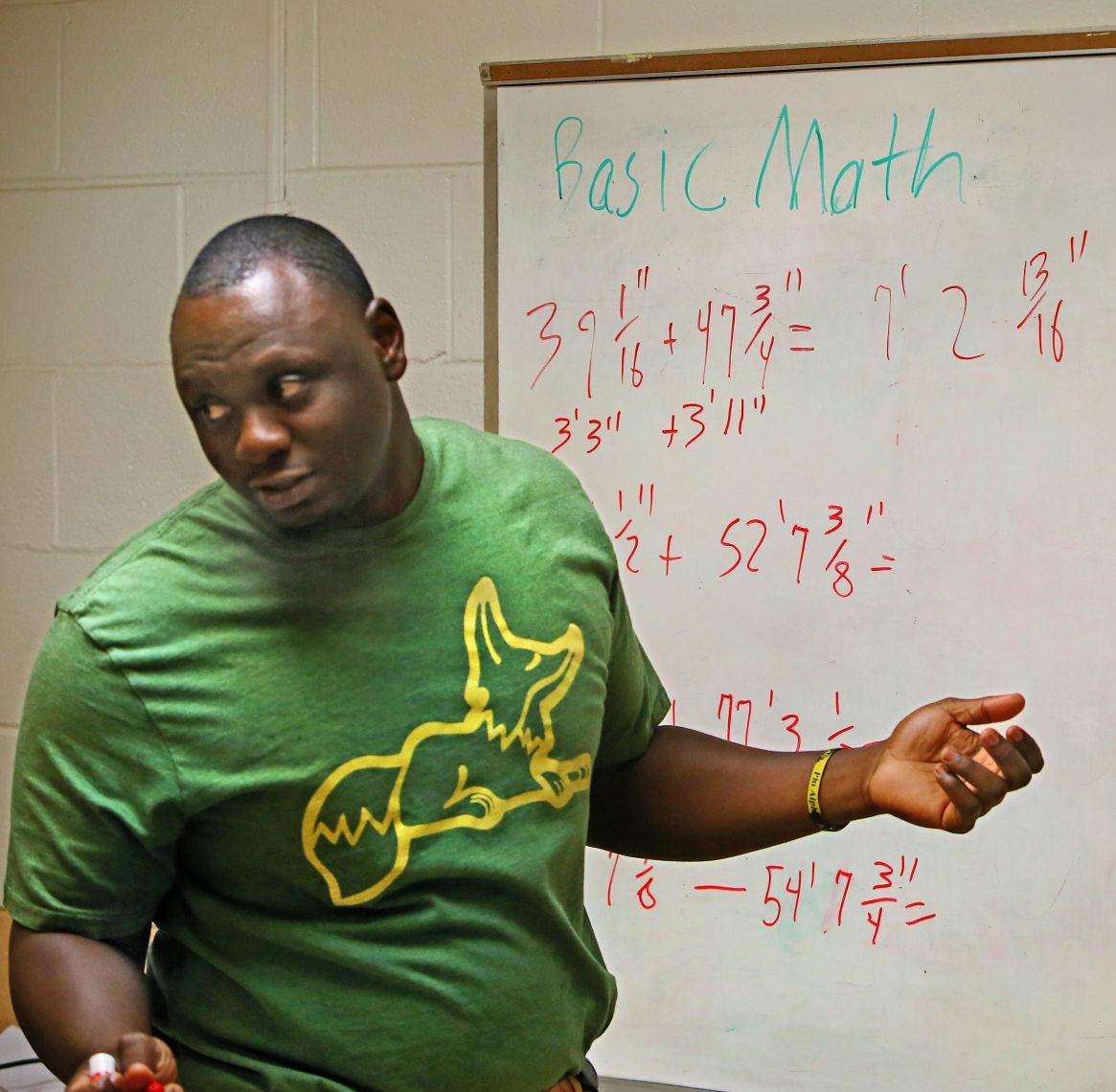 Randall Nesmith, who teaches construction trades in Hemingway, leads a group of seniors in a lesson on adding fractions, a skill they'll need on job sites, on Oct. 18, 2018. Students across Williamsburg County struggle with math, but employers say it's becoming an increasingly important skill at work. File/Wade Spees/Staff 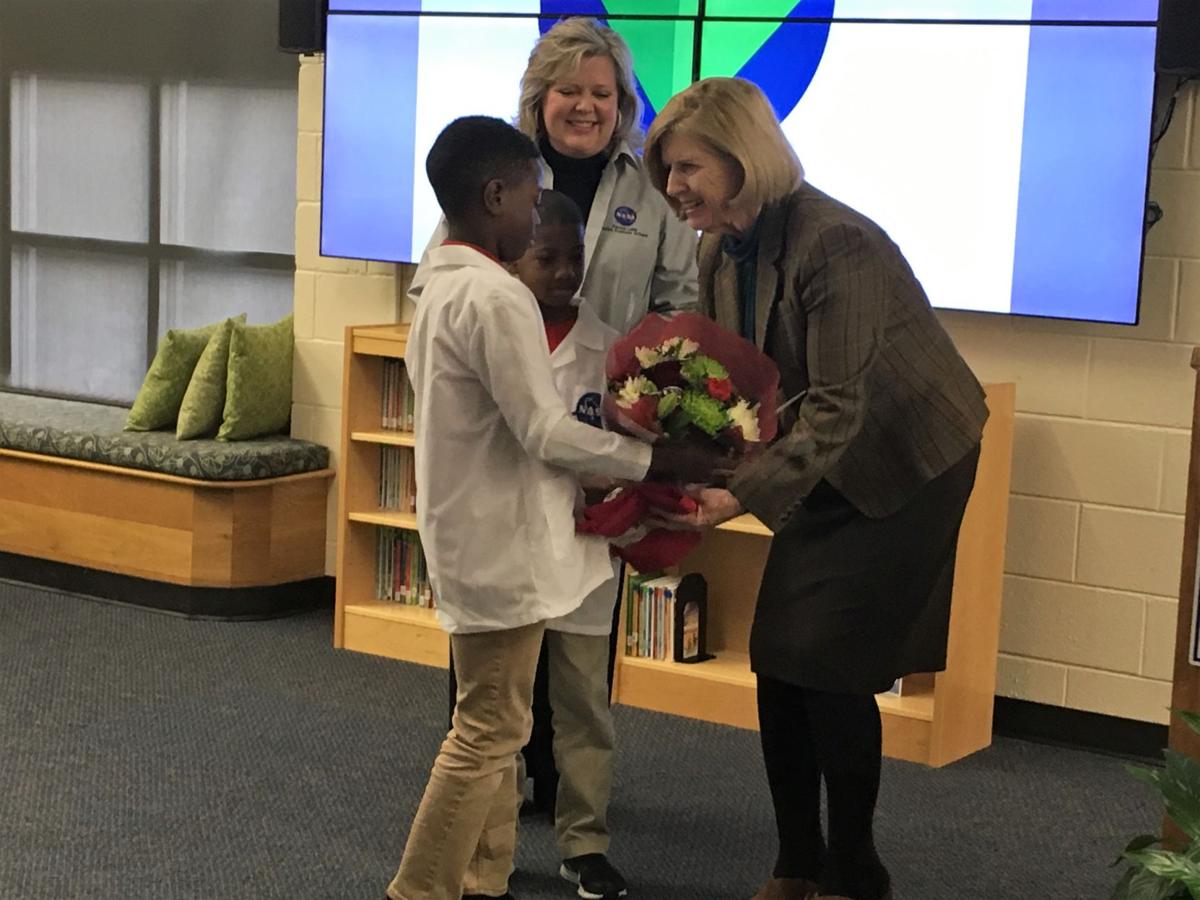 Randall Nesmith, who teaches construction trades in Hemingway, leads a group of seniors in a lesson on adding fractions, a skill they'll need on job sites, on Oct. 18, 2018. Students across Williamsburg County struggle with math, but employers say it's becoming an increasingly important skill at work. File/Wade Spees/Staff

For South Carolina parents curious about the public schools in their neighborhood, the state has a brand-new set of online report cards with a wealth of data — and plenty of opportunities for confusion.

The state Education Agency released ratings Thursday of all schools statewide as part of an overhaul of the education accountability system that seeks to bring low-performing schools up to speed. The new state report cards can be found at SCReportCards.com.

Schools are once again rated Excellent, Good, Average, Below Average or Unsatisfactory following a four-year hiatus when the state released raw data but no ratings for its schools.

These ratings are based on a 100-point scale, but the scale doesn't work like a classroom teacher's grading scale.

The ratings involve students' standardized test scores as well as surveys. In elementary school, for example, up to 10 points each are awarded for school quality and "preparing for success."

The "school quality" points are based on a student survey administered by AdvancED, a national accrediting organization. Some of the best-rated schools for academic performance earned rock-bottom scores on their student surveys, leading some district leaders to question the validity of the data.

The report cards also include some information that doesn't count toward a school's overall rating but that parents might want to know. The report cards include figures like average teacher salary and student safety information based on parent and teacher evaluations. By clicking on a yellow shield icon on a school's report card page, a parent can learn how many physical attacks, gun incidents and sexual assaults took place at a school in the last academic year.

The report card release closely follows The Post and Courier’s Minimally Adequate series, which detailed how gaping inequities, segregation and a legacy of low expectations contribute to South Carolina’s status among the nation’s worst schools.

Academically, the report cards continue to paint a grim picture of South Carolina's education as a whole, indicating that many schools are failing to produce graduates who are prepared for college or the workforce.

Only about 43 percent of diploma earners last school year were deemed college-ready, while 66 percent were deemed career-ready.

“I encourage all South Carolinians to take time to look at these results," state Superintendent Molly Spearman said in a press conference Thursday at Forest Lake Elementary School in Columbia, which received an Excellent rating as it had in years' past.

"But if you want to get the full picture, go visit your local school," she added. "Go inside its doors, meet the principals, the teachers and the students and then you’ll really know everything that’s going on today.”

Spearman noted that the data file has more than 11 million pieces of information.

“This is the most transparent, expansive report we have ever done on schools in South Carolina,” she said.

“The No. 1 factor in student achievement is the teacher,” she said.

Barton cautioned against comparing these report card ratings to schools’ and districts’ previous state report cards because the new system sets the bar higher. Many schools that used to receive higher ratings may find lower ones this time.

“It’s a totally different system. The goal line has changed. It’s not enough just to graduate. Students have got to be college or career ready,” she said. “It’s the reflection of where we are."

One big change for elementary and middle schools is that students’ progress over the year is just as important as their overall test scores. And half of that improvement score reflects the progress of students who were in the bottom 20 percent of performers.

"That's huge," as it can help low-performing schools that are really working boost their ratings, Spearman said.

It's also important for ensuring kids don’t get stuck in the bottom and hidden in overall scores, Barton said.

“We’ve got to focus on closing the gap,” she said.

School leaders received an advance copy of their report cards only about 24 hours before the general public. Some have responded with skepticism.

In Berkeley County, school district officials were incensed that the state decided ahead of time how many schools would fall into each category this year, including about 10 percent to be rated Unsatisfactory and another 20 percent Below Average. Two schools in Berkeley County earned the Unsatisfactory mark, along with 14 in Charleston County, one in Dorchester 2 and one in Dorchester 4.

The district said in a press release Thursday that it found "discrepancies in nearly every way the schools were measured — even at those schools the report card awarded its highest score."

"This is screaming for another accountability model," District Superintendent Eddie Ingram said. "We appreciate the effort, but there is plenty of room for improvement."

Dorchester 2 district leaders expressed concerns to the state about the School Quality indicator, which was based on a survey administered by a contractor that Spearman herself recently blamed for a botched data set. District spokeswoman Pat Raynor also disputed the state report card's claim that 13.3 percent of Dorchester 2 teachers were teaching “out of field;" she said none were teaching outside their certified field.

In Charleston County, the state's second-largest district, Executive Director of Assessment and Evaluation Buffy Roberts said some of the district's best-performing schools were dinged on their report cards because their average performance, as measured by state tests, improved by a smaller amount than the state average.

"The report card's method of computing progress is slightly misleading because it measures if the school on average grew more or less than the state average, based on the state's grade-level tests, rather than measuring the amount of academic progress that students actually made individually," Roberts said.

Buist Academy, a K-8 magnet school whose admissions process is more selective than Harvard's, earned an overall rating of Average this year. Its rating for academic achievement was Excellent, but its overall score was dragged down by an Unsatisfactory rating for student progress.

For a 12-page guide to the new report cards and how the ratings were calculated, visit the Education Oversight Committee website at bit.ly/2KGdCgI

SC public schools have required students to take at least 10 different standardized tests since the turn of the century, making it hard for parents and policymakers to tell if schools are improving.

Inaccurate data from a student survey has derailed the process for releasing new state report cards for schools across South Carolina, Educati…

South Carolina's public school system remains hobbled by inequality and routinely graduates students with a high school diploma but little preparation for college or a career, according to the state's new school report card data.

Charleston County schools continue to be a place of stark contrasts, as highlighted by the recent announcement that nine of its schools ranked among the worst-performing in the state. All but one were located in North Charleston.

Standardized tests are on the chopping block. Some teachers are rejoicing, but others are worried what it could mean for their subject area.

According to SC report card, some low-performing Charleston schools are improving

All overall scores of the nine Charleston County schools identified by the education department as in need of comprehensive support and intervention increased this year.