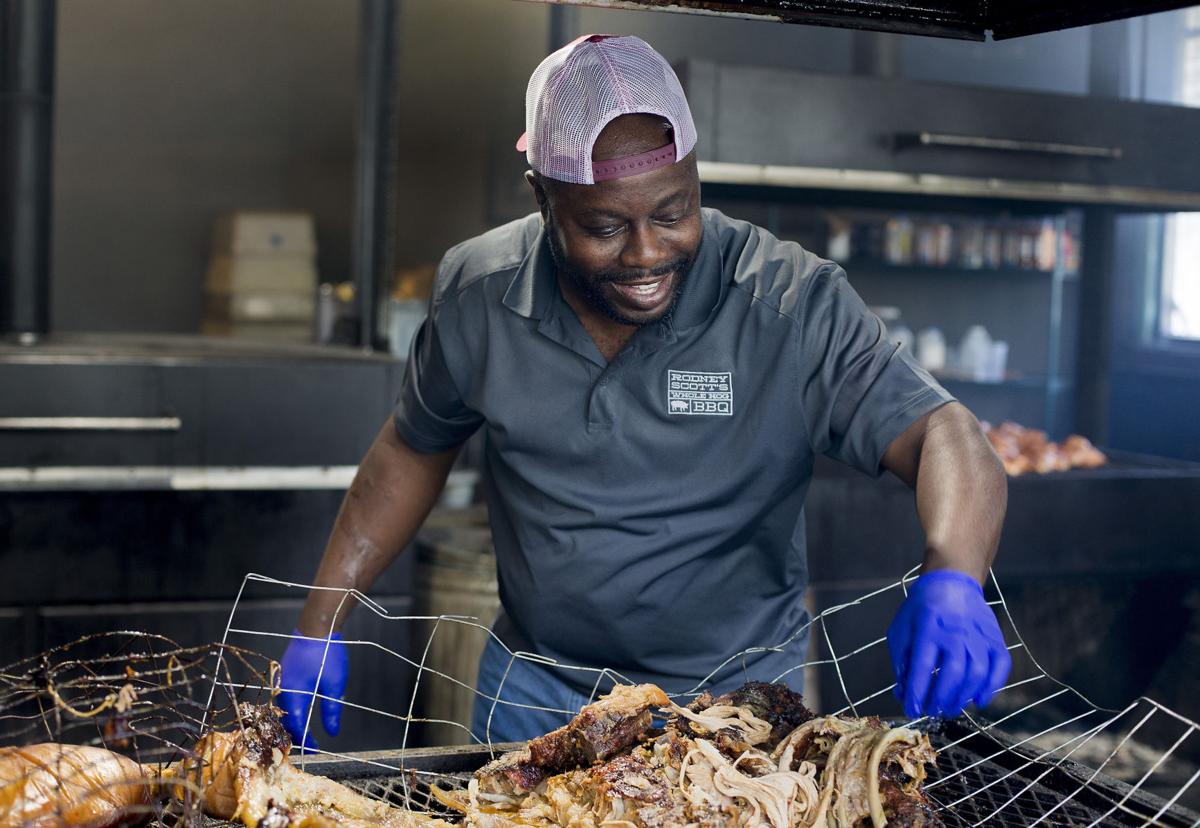 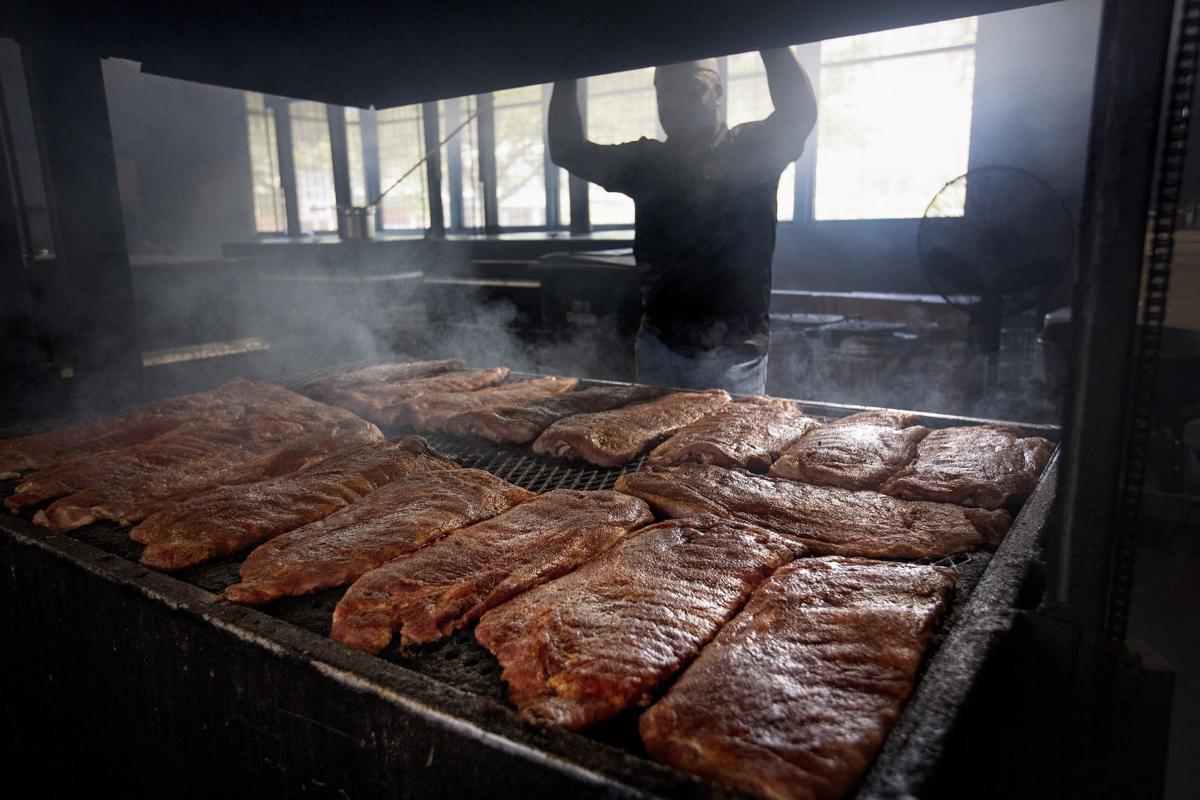 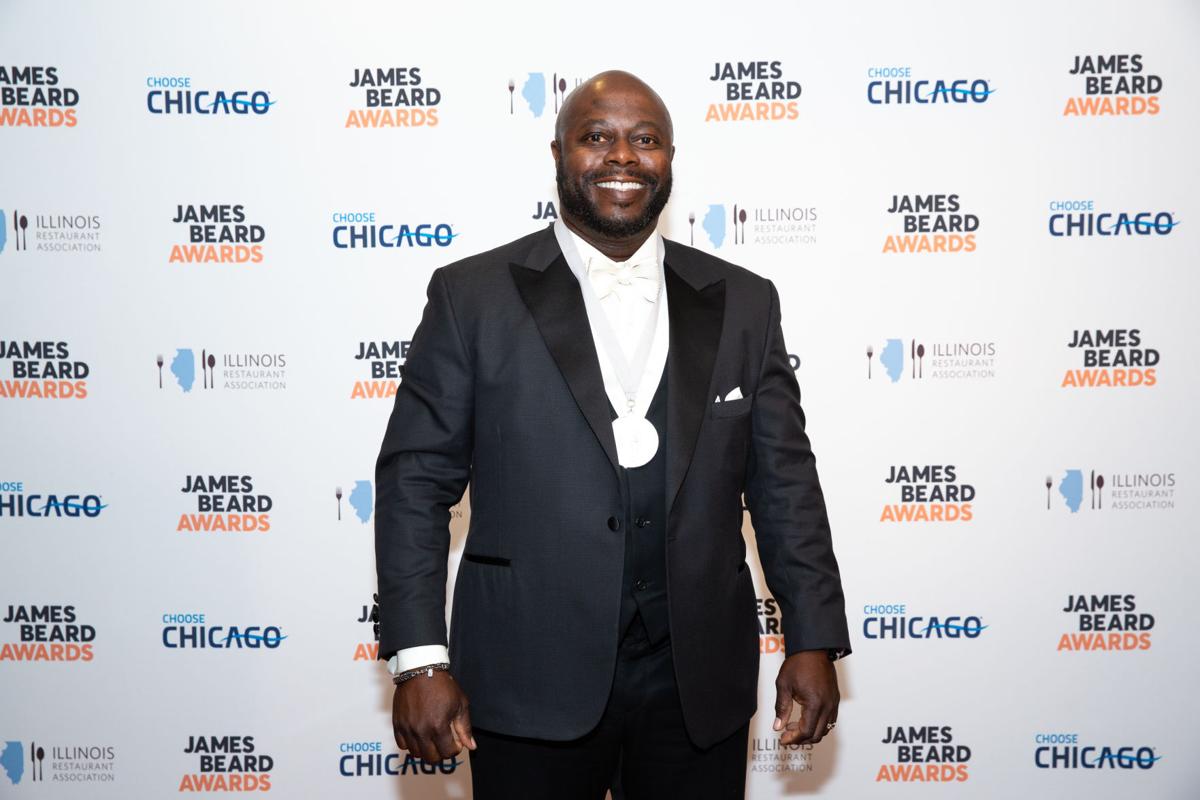 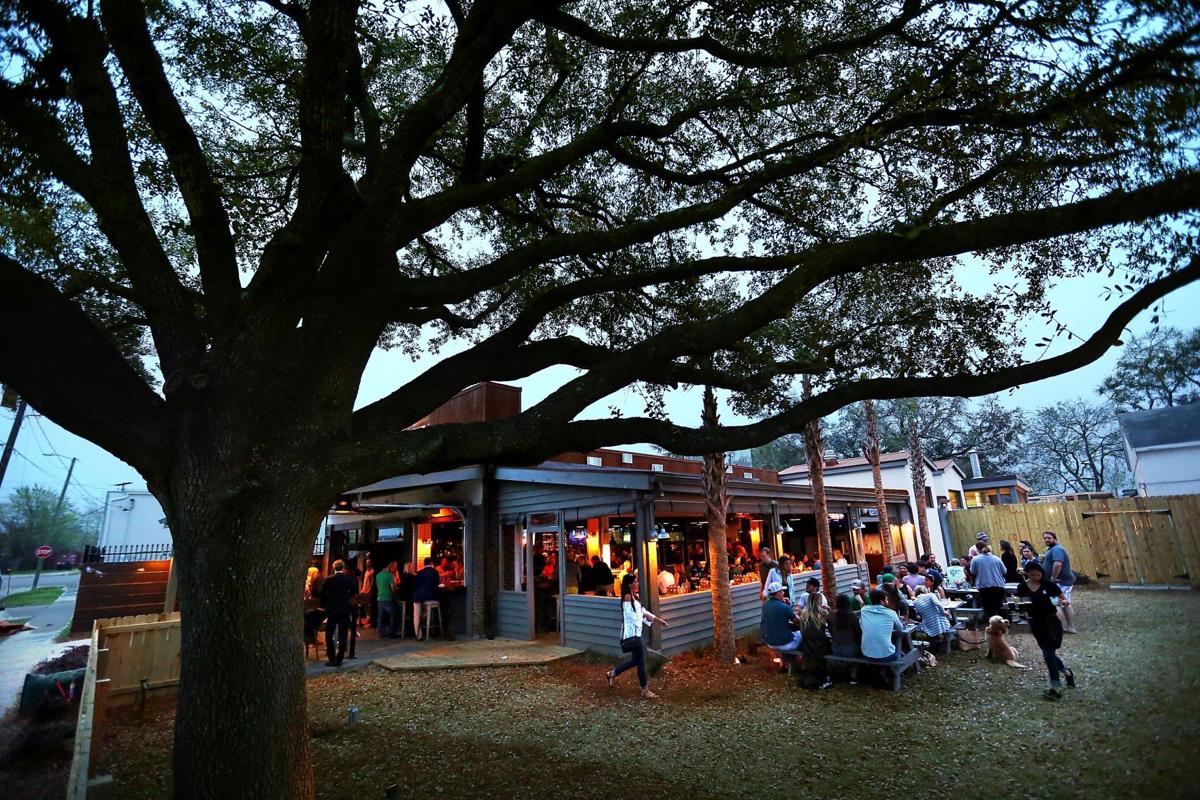 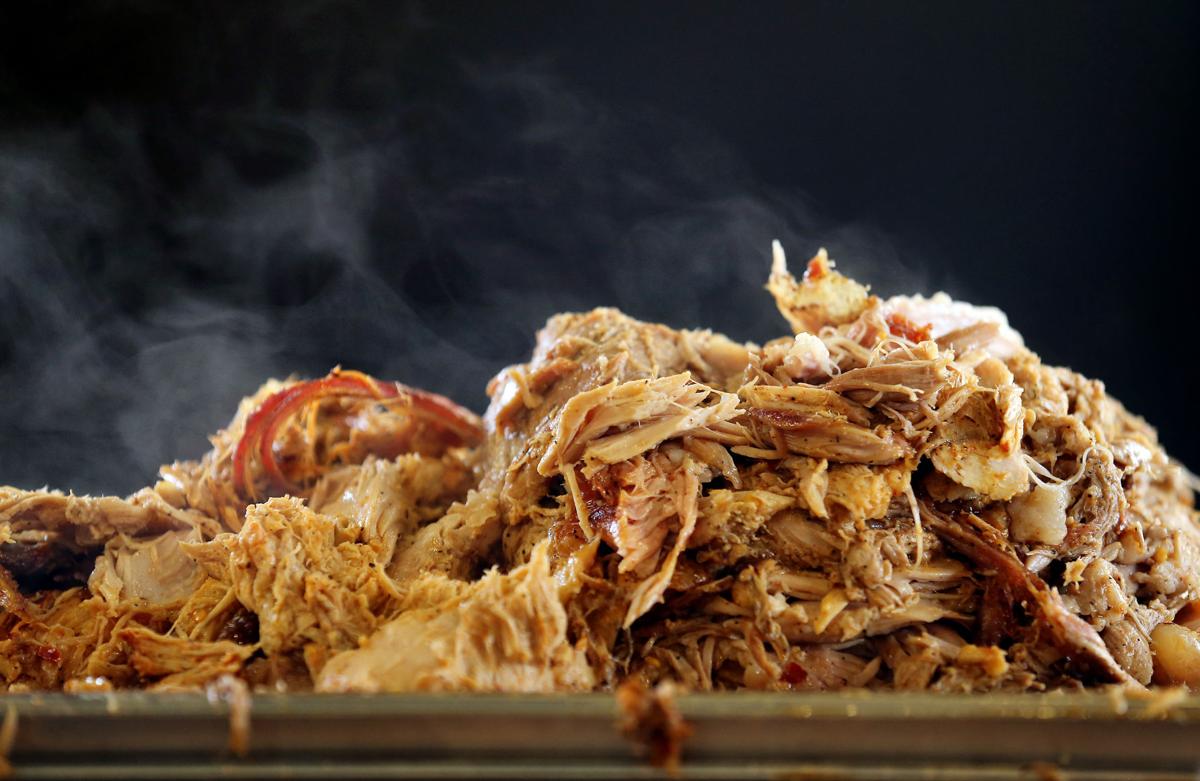 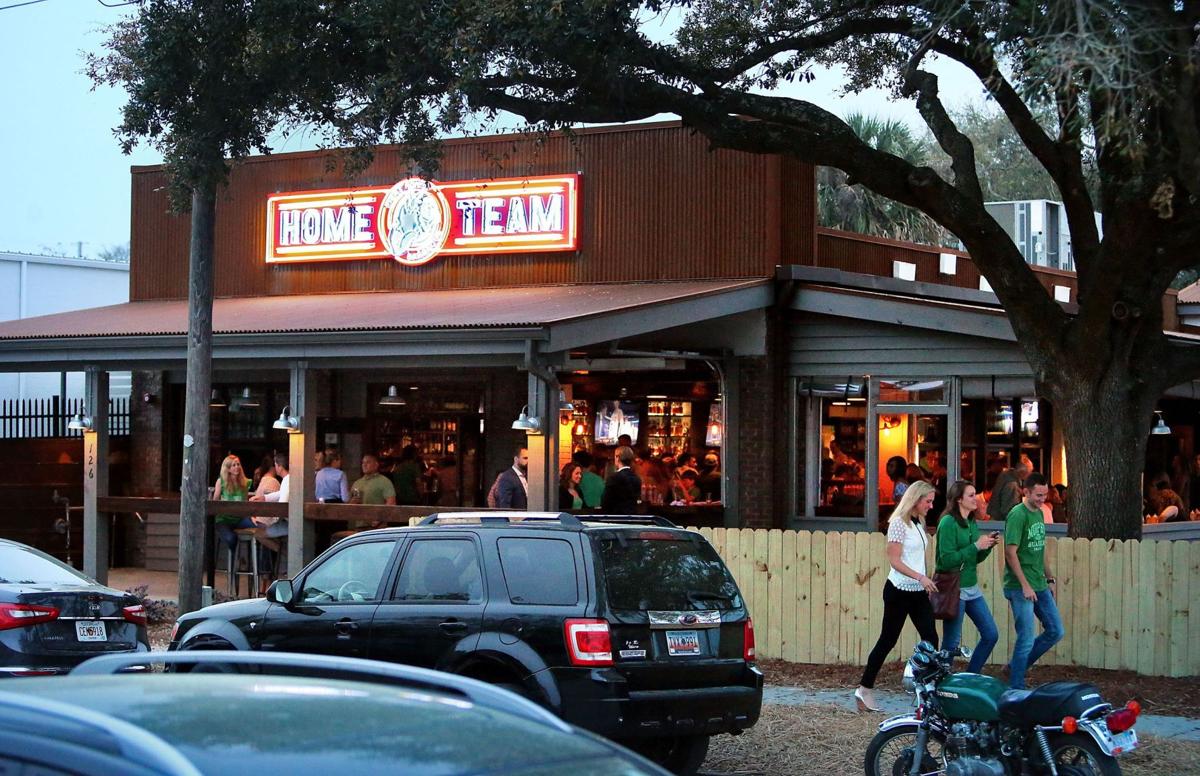 In the fine dining world, if you listen closely and promise not to quote anybody on the record, you can hear industry lifers aghast at the thought of a pitmaster winning the James Beard Foundation’s award for Best Chef Southeast, as Rodney Scott did this past Monday.

The skepticism isn’t new to the Charleston restaurant scene. People raised the same questions in 2008, when Robert Stehling of Hominy Grill rode to a win on the strength of his biscuits and grits, beating out Mike Lata of FIG (Lata won the following year).

“That was sort of shocking to a lot of people,” said barbecue historian Robert Moss, who co-hosts The Post and Courier’s Southern food podcast, The Winnow. “Hominy Grill is no one's idea of a high-end restaurant, and that alone was unusual, but it signified or represented Southern cooking getting its due nationally.”

Additionally, detractors could take heart in the overlaps between Hominy Grill and more traditional white-tablecloth restaurants. At Hominy, for example, there are servers, cocktails and references to European cuisine in the form of salad dressings and sauces. Yet those who champion Scott’s inclusion say his win could portend more awards for food purveyors who aren’t bound by classical standards, since he’s essentially laid out a path for winning attention and acclaim.

“After this year, it won't even be notable that barbecue people are included,” said Moss, noting that Aaron Franklin of Franklin Barbecue won the award for Best Chef Southwest in 2015.

Not surprisingly, the barbecue world is elated by Scott’s win. On the night of the awards ceremony, his phone pinged with congratulations from fellow pitmasters, including Best Chef Southeast semifinalist Sam Jones of North Carolina, Pat Martin of Nashville and Aaron Siegel of Home Team BBQ in Charleston. He received so many texts and calls that he had to turn off his phone.

"I was busting with pride," Siegel said. "It's great for the barbecue world, and it couldn't happen to a better person. We were all super, super happy for Rodney."

Since Scott got back to Charleston, he's been back at work at Rodney Scott's BBQ on King Street where fans and friends have been stopping in to congratulate him. Barbecue experts say it’s important that he picked up his first nomination only after his 2017 move to Charleston, although Scott and his family have been smoking meat in Hemingway since the 1970s.

The relocation allowed Scott to position himself in a role closer to chef than pitmaster, meaning he devised a full menu for the restaurant and put his own name on it. Barbecue historian Moss suspects the exposure it afforded was critical.

As Texas Monthly’s barbecue editor Daniel Vaughn points out, rural pitmasters Jones and Norma Frances “Tootsie” Tomanetz of Snow’s BBQ — two adored figures on the U.S. barbecue map — didn’t fare as well with award voters. Neither proceeded to the final round of the yearly competition, which is decided by a pool of approximately 600 past winners and panelists, divided equally among 10 geographic regions. Voters are only allowed to cast votes for restaurants at which they’ve eaten.

“Having that new location gave a lot more people a chance to eat (Scott's) barbecue,” Moss said. “People don't have a chance to get to those places out in the middle of nowhere."

Scott himself said that people from his part of the country don't even know what the James Beard Award is, let alone its significance. On Thursday, he had yet to even talk to his mother about it.

Being established in a bigger market “makes a big difference,” Vaughn said, adding that Jones and Tomanetz aren’t privy to “the significant campaigning and advocacy that comes from being in a big city with lots of outlets willing to write about you often.”

Still, Jim Shahin, barbecue columnist for The Washington Post, said the trajectory is at least as important as where Scott landed. “He went from a guy putting out amazing barbecue in this itsy-bitsy, tiny whoever-heard-of-it town,” he said. “There’s something really inspiring about his entire story, and he's such a great guy."

It’s not incidental that Siegel and Shahin are quicker to praise Scott’s personality than his pork rinds. Character was explicitly stressed in panelists’ instructions this year, which was conspicuously marred by sexual misconduct revelations at restaurants from San Francisco to Charleston; previous award winners John Besh and Mario Batali were both essentially deposed in the wake of sexual misconduct allegations.

Additionally, charisma is essential at food events, which Scott has worked tirelessly since emerging on the national culinary radar.

“Rodney's put the time in the last five or more years on festival circuit,” Moss said.

But the flip side of that read is that Scott has only been a nationally known pitmaster for five years or so, said Vaughn, who as the leading chronicler of Texas barbecue is inclined to take the opposite tack from the Carolinas’ Moss.

“The cool thing is Rodney is a young guy, which shows that this is not some charity pick,” he said. “They're not trying to reward someone for hanging in there.”

Shahin said Scott has been justly rewarded for his “regional approach to barbecue that draws on centuries of tradition. It's not insignificant that Rodney is black. Too often, accolades skip people of color.”

Scott was one of three African Americans to win a James Beard Award for best regional chef this week, along with Nina Compton of New Orleans and Edouardo Jordan of Seattle. In the three-decade history of the James Beard Awards, according to a study conducted by Mic, only five black chefs have received a nomination, including  Mashama Bailey of The Grey in Savannah, who lost to Scott.

"It's amazing, you know,” said Anthony DiBernardo of Swig and Swine, who just opened a third location and is in the thick of the booming barbecue scene in Charleston. “You look at James Beard and the people who you think would win a James Beard and you think of their contribution to the culinary world and (Scott) might not fit that mold, but he has dedicated his entire life to the craft of whole hog cooking, and that is a huge contribution to the culinary world."

As for Scott, he's still adjusting to the shock he felt on winning on his first nomination. He thought he'd have to wait a couple years, but now that he's taken home a medal, he's determined to live up to its expectations. "Honestly, I feel like I need to be more responsible for the city's food scene and make sure we represent well."

A month into Birmingham BBQ gig, Rodney Scott is feeling the love and the 'learning curve'

Nearly a month after opening his second location in Birmingham, Ala., Rodney Scott is adjusting to having two restaurants.